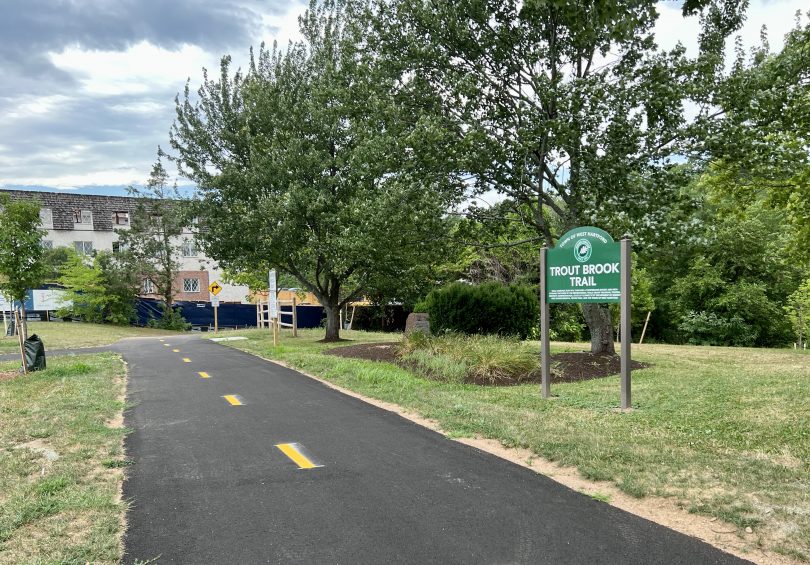 A former West Hartford Town Council member, who was involved in the vision for the Trout Brook Trail more than 20 years ago, shares his thoughts.

Your recent article about the Trout Brook Trail was particularly interesting to me and I thought some further background information about the Trail might be of interest.

In about 2000 or 2001, while I was on the West Hartford Town Council, I proposed constructing a trail along the Trout Brook. The idea was that an all-purpose trail could be constructed following the Trout Brook from New Park Ave to the UConn campus and then continue east along the University of Saint Joseph to Elizabeth Park.

The hope was that this would bring different neighborhoods together – from Elmwood, to Park Road, to the Center, to Bishops Corner – in a meaningful way while also connecting various businesses and the college campuses. By beginning and ending along the Hartford line there was also a hope that the City of Hartford might continue this path on their side of the municipal border.

It was an inclusive effort from the start. There were numerous community members who lent their time and knowledge to assist in creating the proposal and guiding us through the early stages of its development. One resident, with particular knowledge of non-vehicular paths, shared valuable research which showed how pedestrian trails added to nearby property values. My own thinking was the more involvement, the better.

The first challenge was to get the proposal approved (which proved not so challenging as other Town Councilors were very amicable to the idea). But the real challenge was finding funding to get it started. Like most ideas, going from a concept to a physical reality can be the biggest step. The town’s Engineering Department staff were immediate advocates for this proposal. They quickly created engineering maps separating the Trail into different portions and identifying the main trouble point.

The town engineers identified crossing Park Road as the Trail’s largest impediment. There was an understandable safety concern: was it safe to have a pedestrian street crossing at one of West Hartford’s busiest intersections? A pedestrian bridge was considered but it would have been a great expense: to accommodate all travelers meant that a gradual incline/decline on both sides of Park Road would make it a massive structure. The Park Road crossing appears to remain the Trail’s biggest hurdle.

Ron Van Winkle, who at the time was the town’s head of economic development, proved to be the Trail’s unsung hero. His skills were critical in the town acquiring a funding grant for the southernmost leg (from New Park Avenue to South Quaker Lane). Originally the plan was to have the Trail on the Talcott Road side of Trout Brook, but Ron and the engineers rightly suggested constructing it on the opposite side which would (a) bring it’s terminus closer to the then-to-be-constructed busway, and (b) allow for a trail spur connecting it to the Elmwood Community Center.

I still remember Ron telling me that going from proposal to completion would be a long-term process. It made sense as there were numerous stakeholders who would need to be consulted with along the way (most important were the abutting property owners). Today, more than 20 years later – and counting – he has been proven right.

This trip down memory lane turned out to be almost as long as the Trail itself. I hope that it was of interest and that you find as much pleasure traversing the Trout Brook Trail as I do.

Andrew Schoolnik is a resident of West Hartford and a former member of the Town Council. He has a PhD in Social Work.