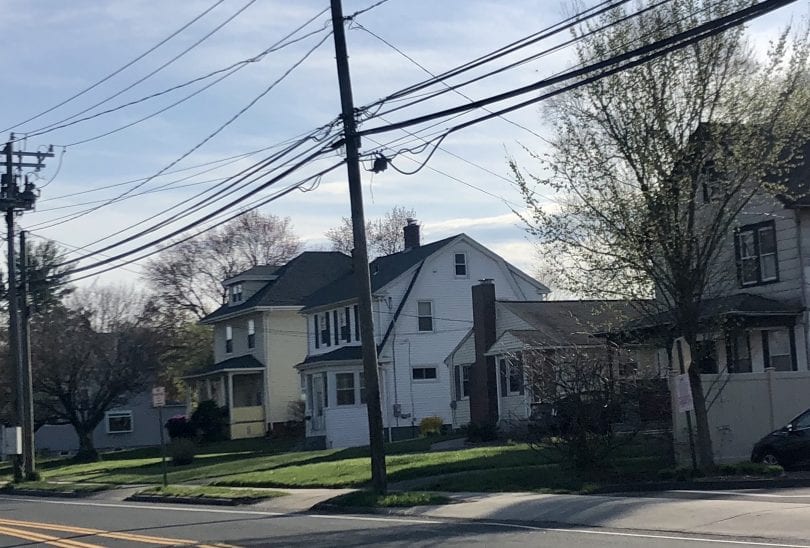 Newington Road in the Elmwood section of West Hartford is a mix of apartments, multi-family, and single-family homes. Photo credit: Ronni Newton

I come from a white working-class family that was able to build wealth through homeownership. We, like many other white families, achieved this in part thanks to decades of public policy and legislative decisions, including zoning laws, that helped my family afford a home. The resulting creation and transmission of generational wealth has served as the foundation for me and my family to have an upper middle-class existence, living the past 22 years in West Hartford. My spouse and I, and our three children have greatly benefited from West Hartford’s excellent town services and public schools.

Unfortunately, there are many who are denied these benefits because they cannot afford to live in West Hartford due to past and present restrictive zoning laws. I am so proud of our mayor and Town Council for starting to do our part here by allowing accessory dwelling units and reconsidering parking requirements. But as a whole, the state is not working fast enough to right these historic wrongs.

That’s why I support the zoning reform legislation currently before the General Assembly, including the proposals in SB 1024, SB 1026.

For one, their proposals will help create new housing options to help minority communities to accumulate generational wealth through homeownership, as my family did. One proposal on the table is statewide legalization of accessory dwelling units, which can bring supplemental income to homeowners. Moreover, the presence of an ADU within a single family home can increase the property value by 50%.

Two other proposals would have brought small-scale housing of two to four units to areas around train and CTfastrak stations and near a “main street” chosen by a town. Unfortunately, these were stripped from the bill during a committee vote. While again, we’ve been doing work in West Hartford to rezone our CTfastrak station, other towns up and down the line have not. To make this investment work for everyone, we need to ensure everyone is on the same page.

I applaud state Sen. Derek Slap and state Rep. Jillian Gilchrest for being strong advocates for zoning reform. I hope they and the rest of West Hartford’s delegation work to add these two proposals back to the bill.

Zoning laws structure housing patterns in our towns and communities. Smart zoning reform holds the promise of addressing current and historical racial equity in a substantial way – and making West Hartford and all of Connecticut even better places to live.