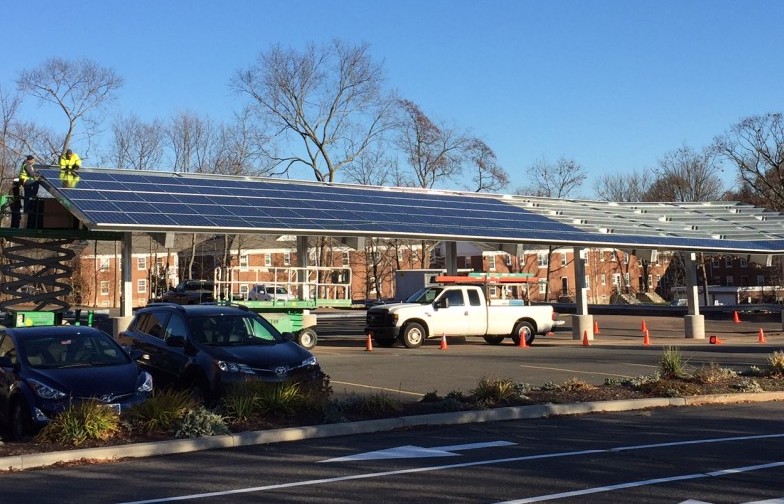 West Hartford Mayor Shari Cantor, a lifelong resident of West Hartford and graduate of Hall High School and the University of Connecticut, says that the solar investment tax credit (ITC) has led to important growth in the solar energy industry and needs to be continued.

When I grew up, solar panels were something for science fairs, school field trips, or science labs. Rarely would they be seen on residential homes.

Today, however, they’re an essential part of our town’s infrastructure. Our businesses rely on them to power their growth, and more and more residents are choosing solar energy as well. By doing so, they are doing good by combatting climate change while enjoying lower energy bills.

The widespread adoption of solar in West Hartford has been accelerated by policies like the solar investment tax credit, or the ITC, a bipartisan program passed by Congress which gives incentives to businesses that invest in solar energy. Since the ITC was implemented in 2006, solar deployment has grown by more than 10,000 percent.

Over the past decade, solar energy costs have come down more than 70 percent. The opportunities for our residents and businesses to choose solar energy and lower their electricity costs simply would not have been possible without the ITC.

West Hartford isn’t the only place this is happening – solar energy is an American business success story. There are now more than 2 million solar installations in the United States, and more than 242,000 Americans have a career in solar energy. More jobs and lower energy costs are good for everyone. As a result, 75 percent of Americans want their utility companies to use more solar energy, and overall, 90 percent of Americans have a favorable opinion of solar, according to a recent study.

I am proud to say, in the past several years, West Hartford has installed more than a dozen solar projects on our schools and town buildings, and we continue to install more, with Town Hall coming online in the next few weeks and King Philip Middle School in the spring.

Also, 15 percent of the power we purchase is from a solar farm in Northeastern Connecticut. Likewise, over 600 West Hartford residents and 35,000 Connecticut residents have invested millions of dollars in solar on their homes. These projects are not only good for the environment and save money: they help the local and state economy.

Unfortunately, this successful program, and the economic growth it brings to our community, is in jeopardy as Congress is considering eliminating it. This will, in effect, raise the price for those who want to install solar energy solutions, inhibit the growth of the industry, and eliminate high-paying, skilled jobs in Connecticut. According to the Solar Foundation, in 2018, there were about 2,200 solar jobs in Connecticut (one in every 778 jobs), two-thirds of which are in installation or project development.

The ITC is the best policy we have on the books to continue to deploy clean energy and meaningfully address our changing climate. New data shows a 10-year extension of the ITC would result in 113,000 new jobs and $87 billion in private investment, nationally, the effects of which would be felt in Connecticut and West Hartford where solar is on the upswing. The opportunities for growth must remain for solar to reach its true potential.

As your elected official, it’s my job to support a strong local economy. The ITC is scheduled to start phasing out at the end of 2019, potentially marking the end of a major policy driver for clean energy. Jobs and lower energy costs for West Hartford residents are on the line, so join me in urging U.S. Rep. John B. Larson and Connecticut Sen. Richard Blumenthal and Chris Murphy to pass an immediate extension of the ITC. Together we can save this critical program.