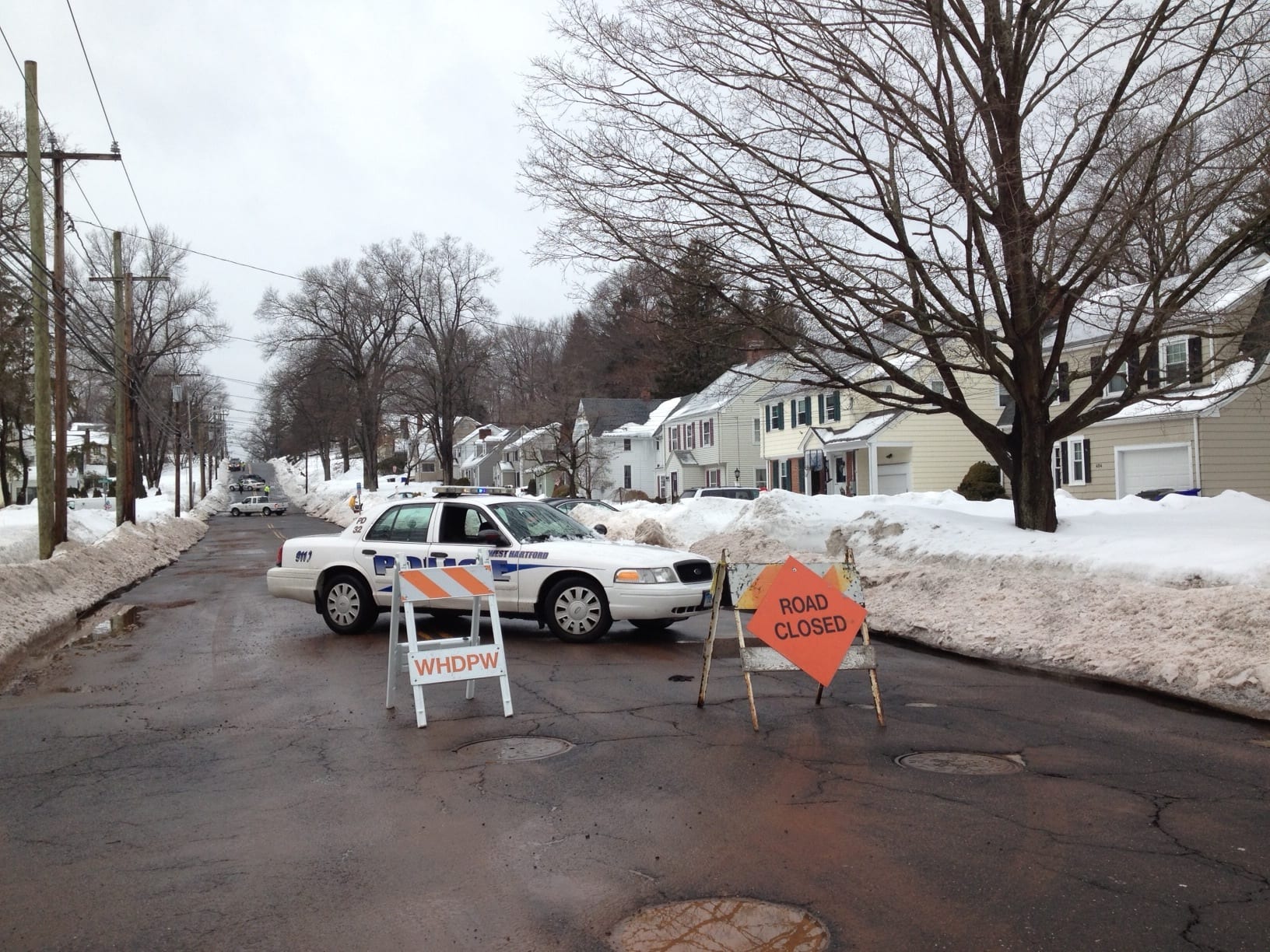 Water has been shut off to 19 residential customers in West Hartford as a result of a water main break this morning. 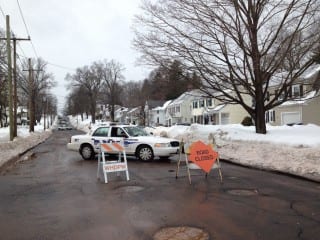 A section of Fern Street in West Hartford is closed while the MDC repairs a water main break. Photo credit: Ronni Newton

A water main burst Wednesday morning on Fern Street just east of Clifton Avenue, sending a river of muddy water cascading down the road toward North Main Street, but water has now been shut off as the MDC works to repair the 8-inch main.

MDC spokesperson Kerry Martin said that service to the 19 residents, who are all on Fern Street between 494 Fern and Clifton Avenue, was shut down at 10:05 a.m. Repairs are estimated to be complete between 2 and 4 p.m. today, she said.

“Service was originally shut down to 3o residents, but once we confirmed where the break was we were able to shorten it,” Martin said.

West Hartford Police have shut down a portion of Fern Street, from Sylvan Avenue to Clifton Avenue, so the repairs can be made by the MDC.

Earlier Wednesday morning a suspected water main break on North Main Street in West Hartford was found to be a clogged storm drain causing ponding on the road. The West Hartford Department of Public Works was able to clear the drain and alleviate the problem.

Martin said that February was a record-setting month for water main breaks in the area.