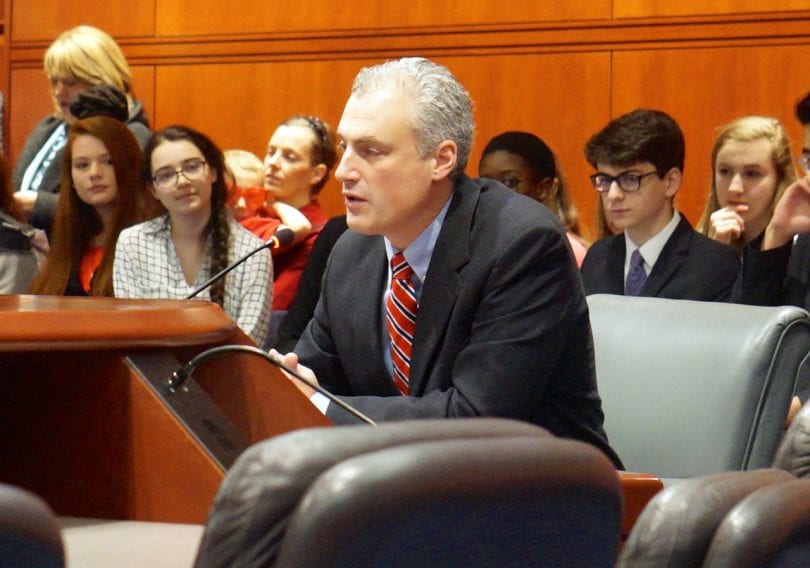 Once the legislation is signed by Gov. Dannel P. Malloy, Connecticut will become the fifth state to ban the pay history question during the hiring process.

House Bill 5386, “An Act Concerning Various Pay Equity and Fairness Matters,” passed the state Senate in a 35 to 1. The bill previously passed the state House of Representatives April 19 in an overwhelming 142 to 4 bipartisan vote.

The bill now heads to the governor’s desk to be signed into law, and Gov. Dannel P. Malloy indicated Friday that he plans to sign the legislation as soon as possible.

Under this bill, employers would be prohibited from asking prospective employees about their previous wages, as evidence shows women disproportionately carry lower salaries from one job to the next.

“Women and their families lose on average more than $500,000 in lifetime earnings because of the gender wage gap. Eliminating the pay history question will make a difference by ensuring that being paid unfairly once doesn’t doom someone to a lifetime of being lowballed. This bipartisan bill took two years of work and I’m thankful for the partnership of Senator Bye and many of my other colleagues,” said Slap.

“Equal pay can improve conditions for all families and ensure that women have proper retirement savings. Right now, women have to work 11 years more than a man to achieve the same standard of living in retirement,” said State Sen. Beth Bye, D-West Hartford. “Our pay equity bill will help women earn what they deserve for life.”

Since taking office, Slap has championed efforts to close the gender wage gap. In the fall, Slap and Bye assembled a bipartisan working group and worked with stakeholders – businesses large and small, students, nonprofit organizations, municipal chambers of commerce and advocacy groups – to help enact this legislation.

In Connecticut, women working full-time earn 83 cents for every dollar paid to men. Each year, Connecticut women lose a combined $5.5 billion due to the wage gap.

“This is a major victory for Connecticut families,” Malloy said in a statement. “It is unacceptable that in 2018, Hispanic women earn just 54 cents and black women earn just 63 cents for every dollar a white man earns. This inequity is perpetuated by the practice of asking for salary history during the hiring process – which can disproportionately ensure that women who were underpaid at their first job continue to be underpaid throughout their careers, creating a cycle of poverty and causing real harm to families. This commonsense legislation is real progress toward pay equity in our state, and I’d like to thank the senators who voted for this bill and the advocates who fought for it every step of the process.”

“Pay inequity is bad for our workforce and bad for our economy. I applaud the Senate for passing this legislation and addressing one of the ways pay inequity follows workers – particularly women – throughout their careers. I commend Representative Robyn Porter for her leadership, the legislation’s many advocates, and the Senate for sending this bill to the Governor’s desk,” Lt. Governor Wyman said in a statement.