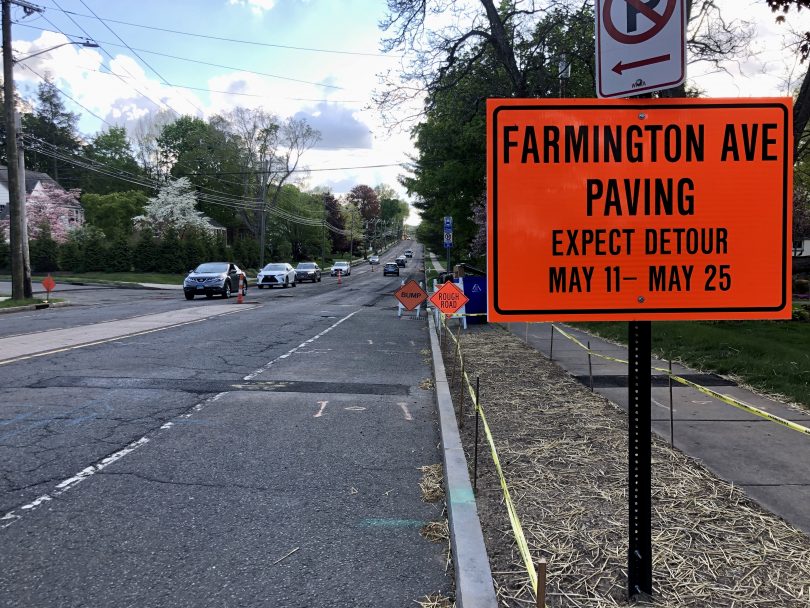 The Town of West Hartford is repaving Farmington Avenue, and has revised plans that initially called for the elimination of on-street parking on a stretch of the roadway.

The Town of West Hartford’s Engineering Division has made some modifications to a plan for a section of Farmington Avenue that is in the process of being being repaved, and while there will still be bike lanes on both sides of the roadway, on-street parking will be maintained.

A plan released several days ago announced that the stretch of Farmington Avenue, from Mountain Road to Wardwell Road was being resurfaced, with removal of the brick pavers in the center. That initial plan called for the addition of a 12-foot-wide two-way left turn lane in the center of the roadway, between Cadwell Street and Wardwell, 10-foot-wide travel lanes in each direction, and a 4.5-foot-wide bike lane in each direction, with a paved buffer painted on the roadway of 1.5 feet separating the bike lane from the travel lanes. On-street parking was to have been eliminated.

“Several residents contacted the town to express concerns with the proposed plan, as it would have resulted in the loss of the on-street parking,” Town Engineer Greg Sommer said Thursday in an email. “Based on the feedback a revised cross section has been developed (see image above) which includes 7-foot-wide parking lanes, 5-foot-wide bike lanes, and 10-foot-wide travel lanes in both directions.”

The revisions, which have been shared with stakeholders, are believed to be a reasonable compromise, Sommer said, and remain consistent with the goals of the Complete Streets policy adopted by the Town Council in 2015 which specified Farmington Avenue as one of the town’s bicycle routes. 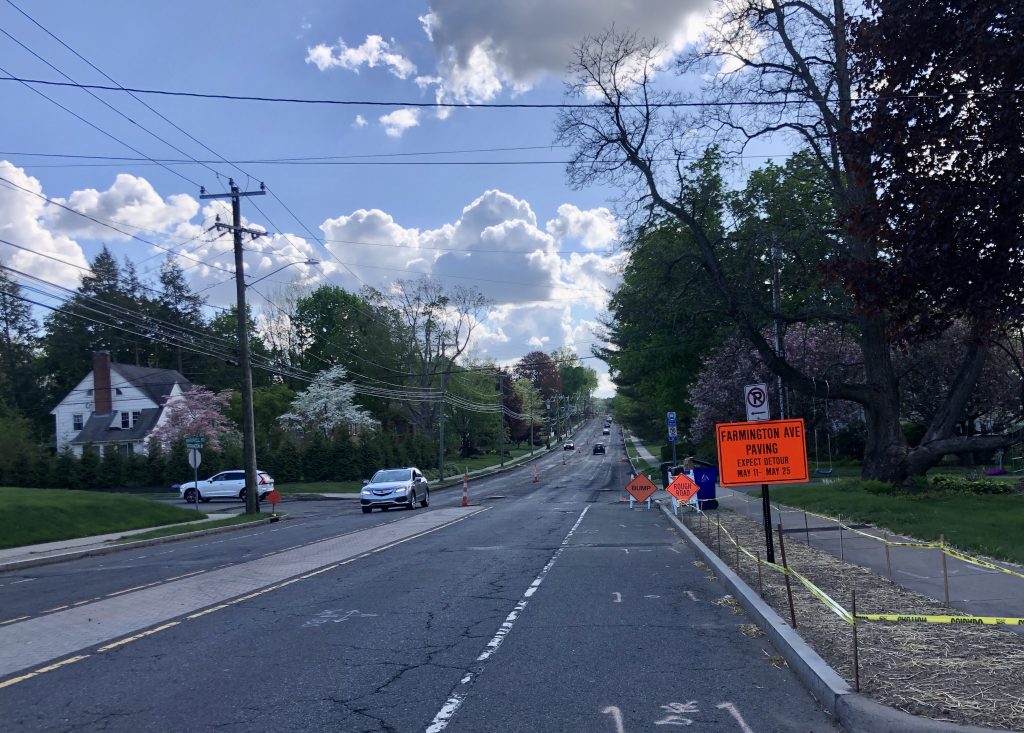