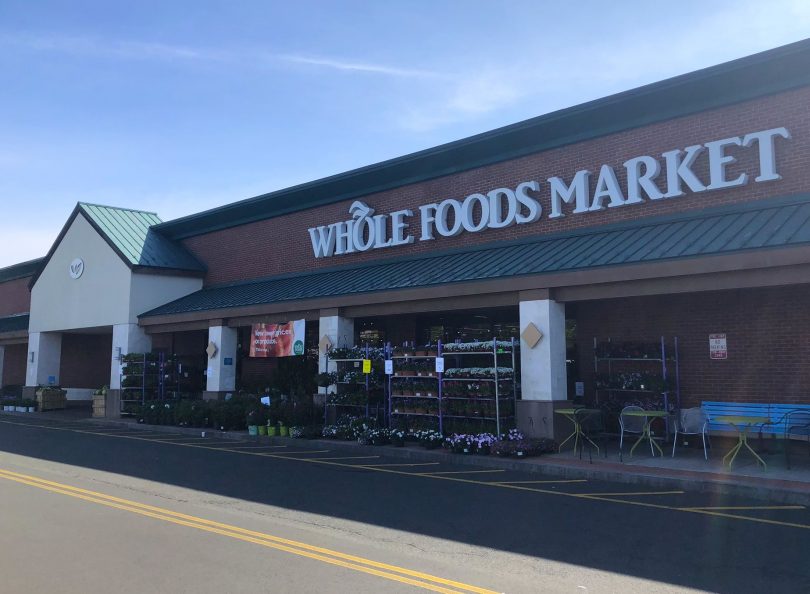 West Hartford Police are searching for the suspects in a distraction-style theft that occurred Tuesday in a Bishops Corner parking lot.

A woman who was lured out of her vehicle in the parking lot outside the Whole Foods in Bishops Corner on Tuesday by a man trying to tell her there was something wrong with her vehicle was the victim of an apparent distraction theft, West Hartford Police said.

According to Sgt. Amanda Martin, a 64-year-old woman had placed her groceries in her vehicle in the parking lot outside Whole Foods at 340 North Main St. in Bishops Corner at 1:07 p.m. Tuesday and was inside her car and preparing to drive away when a man standing on the passenger side of her car signaled for her attention. The woman got out of the car, leaving the driver’s side door open, walked around to see what the man was trying to say, and according to police he held up a tire lug nut and told her it had fallen from her car.

In the meantime, police reported, a woman who had been pushing a cart in the parking lot leaned into the open door of the car.

According to police, when the victim got back into her car to leave, she realized that her wallet, which had been in her purse inside the car, was missing.

Police said the male suspect, who according to the victim spoke with a “heavy accent” and was wearing a surgical mask, is short in stature and has black hair. He was last seen wearing a blue shirt with white stripes and jean shorts. The female suspect is short in stature and petite, with black hair pulled into a pony tail. She was also wearing a surgical mask and dressed in a long beige tunic, police said.

Police are trying to obtain video surveillance footage of the theft from cameras in the parking lot, and are also requesting images from stores where the suspects used the victim’s credit cards.

Martin and West Hartford Police offered the following information and preventive tips to avoid being a victim of these types of thefts: