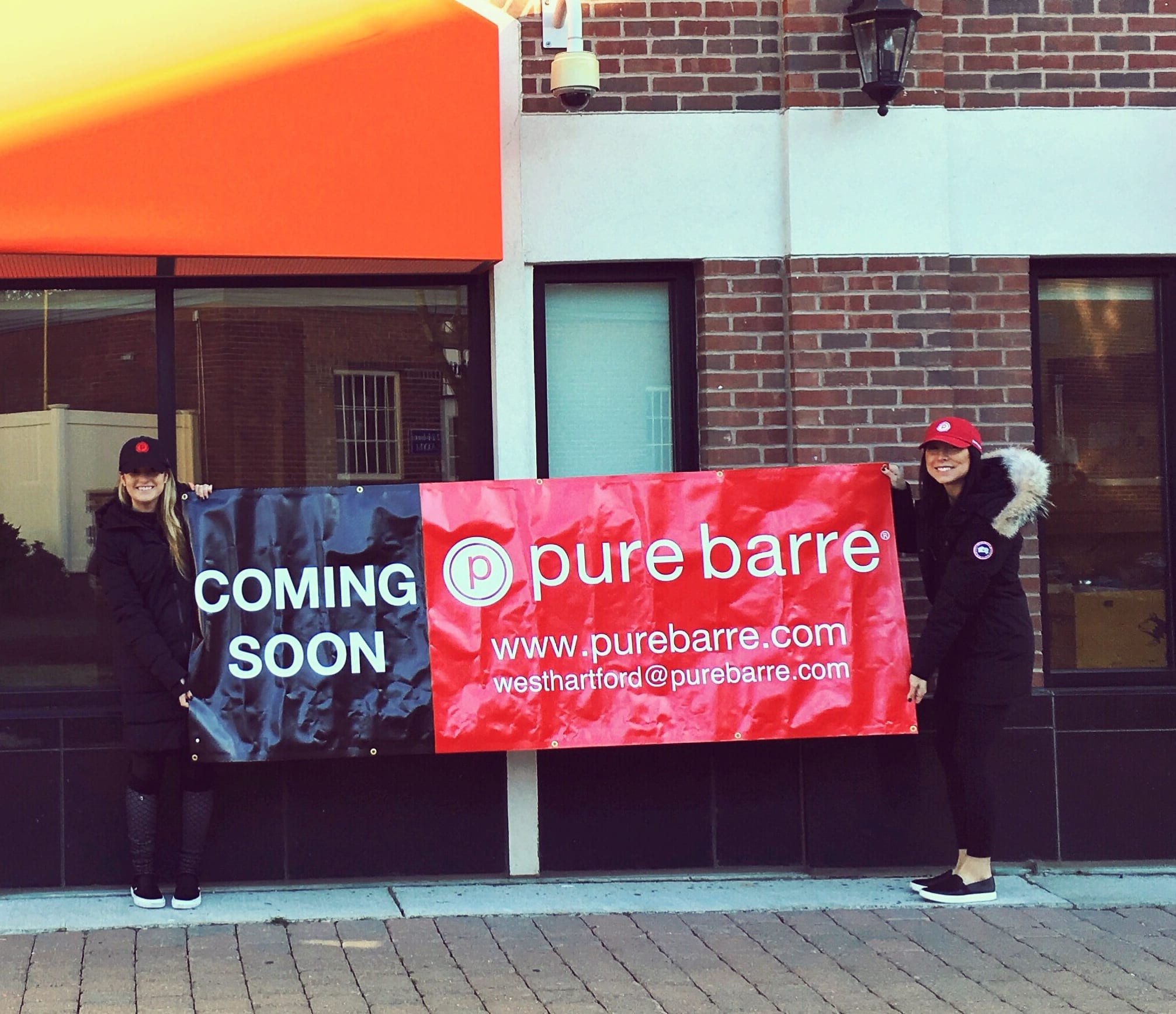 Stephanie Lin (right) and one of her instructors stand in front of the soon-to-open Pure Barre fitness studio in West Hartford's Blue Back Square. Courtesy photo 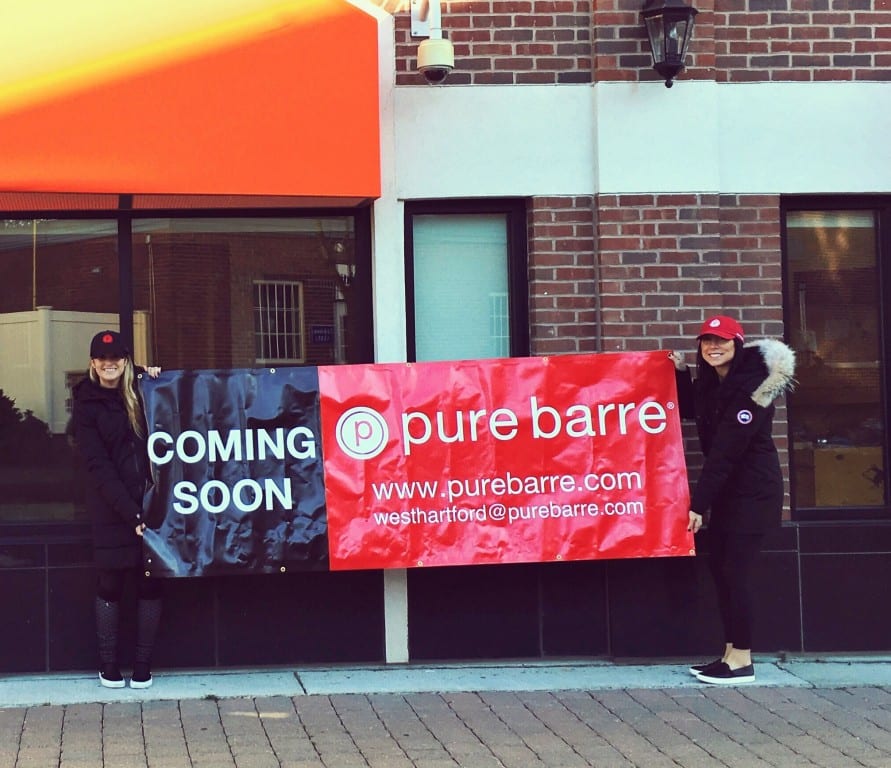 Stephanie Lin (right) and one of her instructors stand in front of the soon-to-open Pure Barre fitness studio in West Hartford’s Blue Back Square. Courtesy photo

Stephanie Lin did not set out to become the owner of a fitness studio, but now that she is about to open the area’s first Pure Barre franchise, she feels like it’s a dream come true.

Lin took her first Pure Barre class as a graduate student in Boston with one of her classmates. She said that although she doesn’t have a dance background and initially had no idea what she was doing, she was instantly hooked. “I saw results right away, and I really loved the music,” she said. 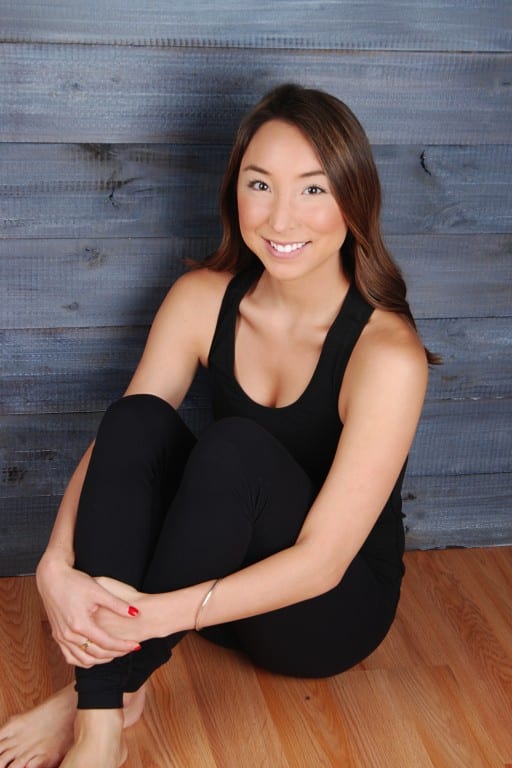 Lin, a native of Wethersfield, graduated from Boston University with a masters degree in advertising, and was working at an advertising agency in Boston.

When she came home to visit her family on weekends or vacations, she really wanted to take a Pure Barre class.

“The closest to home was Westport and Fairfield. I loved it so much I actually considered driving more than two hours round trip for classes,” she said.

After about six months working in the advertising industry, Lin said she was ready for her career to head in a new direction. She left her job and moved back to the Hartford area specifically to own a Pure Barre franchise location. “Once I learned I got approved, I couldn’t pass it up,” she said.

Lin said that it took about a year from the time she applied until she was ready to announce the opening. Much of that was involved in the search for the right location for the studio.

Although she’s from Wethersfield, her father and her grandparents are from West Hartford, and she thought it would be an ideal location for the studio which will open sometime in mid to late February in the 1,550 square foot former Santander Bank space in Blue Back Square.

“Pure Barre is a total body workout designed to lift the seat, tone the thighs and upper body, and create long and lean muscles through isometric movements centered around the ballet barre,” Lin said. It takes techniques from pilates, yoga, and ballet.

One of the great things about Pure Barre, Lin said, is that it is low impact. “It can be done by people of all body types, ages, and backgrounds,” she said. A dance background is not required. “As long as you can hold onto a ballet barre, you can do a Pure Barre class,” Lin said.

Other studios offer barre classes, but Pure Barre has its own distinct style. Every class has a similar flow, yet no two classes are alike, Lin said.

“In each class, we work the key muscle groups – arms, thighs, seat, and abdominals – to fatigue and then stretch the muscles back out to create long, lean physiques,” said Lin. The focused exercises are “tiny isometric movements,” but change from class to class. The music is always changing, too, and each instructor interjects their own style into the classes. Participants also benefit by feeling they are part of the Pure Barre community.

Build-out of the space at 115 Memorial Rd. has already started, and Lin said that weather-permitting and if all goes according to schedule she hopes to open by the middle to end of February.

Class schedules have not yet been set, and Lin said that she will be sending out a survey through her Facebook page to determine the ideal times. She anticipates offering approximately 30 classes per week, primarily in the early morning, lunchtime, evenings, and weekends. Lin has four instructors on staff and she will also teach classes.

Package options, including an introductory special, will be posted on Pure Barre West Hartford’s website shortly.

As for what to wear to Pure Barre, Lin said that leggings and workout tops are recommended. Participants wear “sticky socks” on their feet. The special socks, which are sold at the studio, have “grippies” on the bottom to avoid slipping.

“I’m so excited,” said Lin. Although she has been active her entire life, she said she had struggled to find a fitness regiment she really liked. “For me, Pure Barre takes the monotony out of exercise and has also given me the best results for my body among all of the other exercise routines I’ve ever tried.”