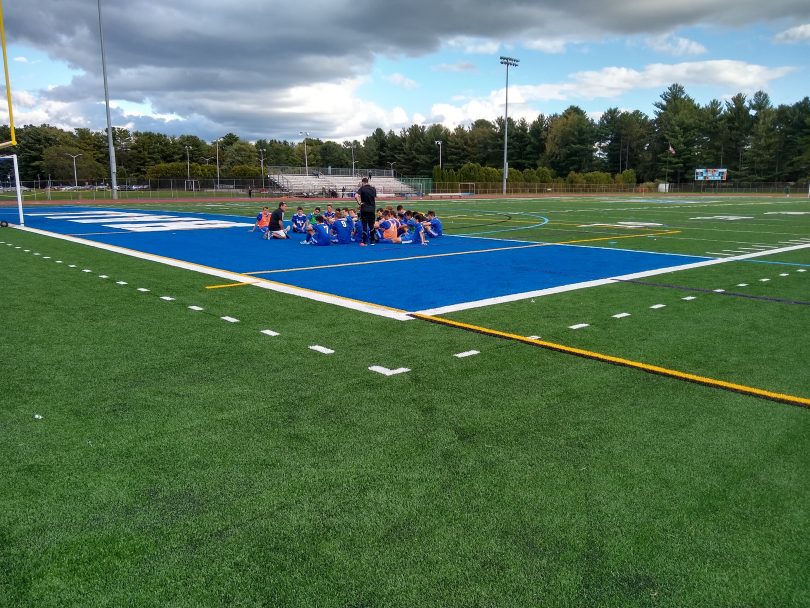 Evan Jones put Hall (4-0) on the board five minutes in, converting a long ball from Ted Monnes. The Warriors doubled their lead with 31 minutes remaining in the half as Drew Seguro scored on a cross from Tobias Ruffo.

Isaiah Meyer scored on a corner kick from Evan Lombardo at the 14-minute mark to give Hall a 3-0 halftime lead. Lombardo added a goal of his own on a free kick late in the second half.

Despite the margin of victory and an unblemished record, it wasn’t a perfect game for Hall head coach Zeke Seguro.

“Second half, I don’t think it was very good and it needs to be better,” he said. “It’s early in the year, and it’s to be expected. … We look very dangerous, we’re creating chances, but we need to get sharper in the final third.”

Declan Farrell scored on a penalty kick to put the Lions (2-2) on the board and make it a 3-1 game with 32 minutes left.

Northwest Catholic will travel to Glastonbury (4-0) on Thursday. Hall will face Avon (1-0-2) on the road Friday afternoon.

“All we’re trying to focus on is the next game,” Zeke Seguro said. “We still have to iron out a lot, but that’s what the season’s for. We want to just try to get better with each game and hopefully we’re playing our best at the end.”