Organizers will use the rally on the steps of West Hartford Town Hall to call for positive, concrete action and solidarity. 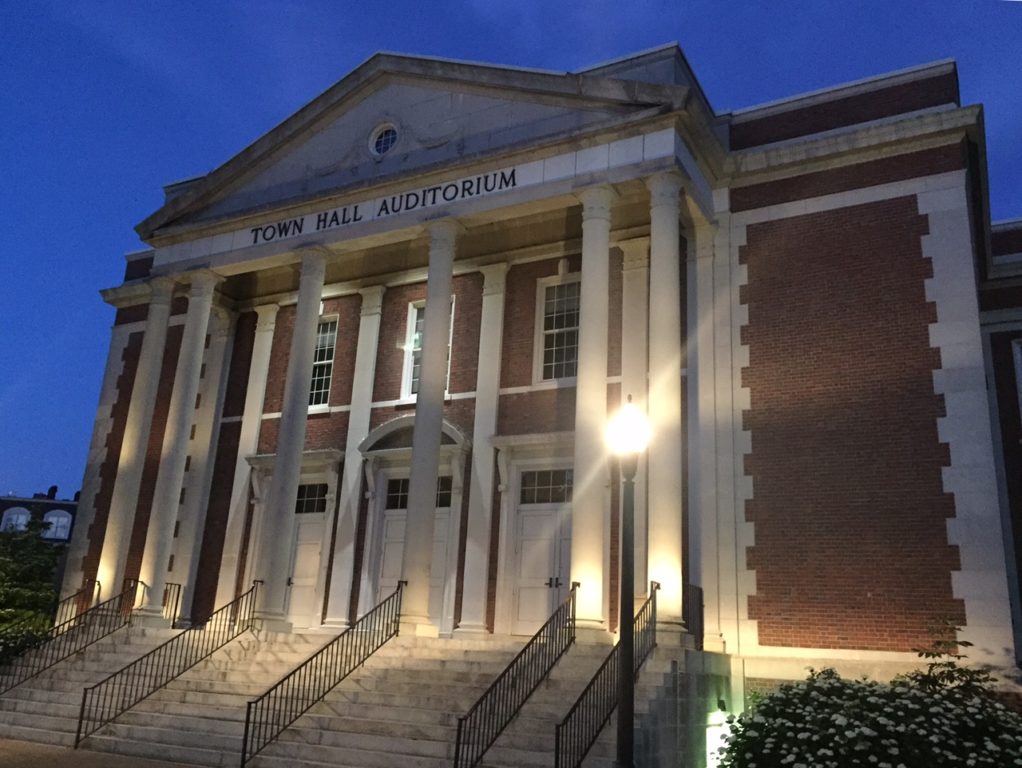 According to co-organizer Mark Overmyer-Velazquez, the ACLU CT will also be a cosponsor of Wednesday’s planned rally.

According to the Facebook event for the rally, more than 1,000 people have indicated that they plan to attend, and more than 2,400 are “interested” in the event.

St. James’s Episcopal Church, located at 1018 Farmington Ave. in the Center, will hold a sign-making session for those attending the rally. The sign-making begins at 3:30 p.m.

A rally will take place in West Hartford on Wednesday, and organizers are hopeful that the peaceful event will galvanize residents and other attendees to take positive action in support of the Muslim community and other immigrant Americans.

As of 2:45 p.m. Monday, more than 500 people had already responded to a Facebook event indicating that they planned to attend the rally. Another 1,300 responded that they were “interested.”

“This is about building community and energizing,” said Mark Overmyer-Velazquez, who is chair of West Hartford’s Board of Education. Overmyer-Velazquez, a history professor and director of El Institute: Institute of Latina/0, Caribbean, and Latin American Studies at UConn, is co-organizer of the event along with UConn political science professor and director of Middle East Studies Jeremy Pressman.

“We want to focus on positive action as opposed to resistance,” Overmyer-Velazquez said. That concrete action includes encouraging people to volunteer their time, donate funds, and write to politicians in support of their work and in opposition to an executive order issued by Pres. Donald Trump on Friday. That order restricts the country’s immigration policy by suspending entry of all refugees for 120 days (and indefinitely for Syrian refugees), and blocks entry for the next 90 days to all nationals of Iran, Iraq, Syria, Sudan, Yemen, Libya, and Somalia.

“West Hartford is proud to be a welcoming and inclusive town,” Mayor Shari Cantor said. “We are a community who stands up for the civil and human rights of every person. We have and will continue to lead with policies that uphold and enhance the civil rights of all our residents, because any threat to our constitutionally guaranteed liberty is a threat to all of us.”

Overmyer-Velazquez said he is supportive of at least bringing elements of sanctuary status to the town. A petition to make West Hartford a sanctuary city has already been started and will be circulated at the event, he said.

A grassroots rally took place in West Hartford on Sunday, but while that one was essentially spontaneous, Overmyer-Velazquez said this event has the benefit of several days of planning and will include a variety of speakers from the local area and throughout the state, as well as representatives from the Muslim community.

“Our concern for people goes far beyond our borders,” said Overmyer-Velazquez. He looks to West Hartford to be a model for other towns, and to stand in solidarity with those that have already committed to being sanctuary cities.

“I support an America of inclusion and compassion. We need to take a stand against dangerous, inhumane, and unconstitutional practices,” Overmyer-Velazquez said.

“U.S. District Judge Ann Donnelly ruled this weekend that a portion of the President’s executive order violates the principles of the U.S. Constitution. We are seeing communities and families distraught and worried about their lives and futures. These recent and sudden actions are putting our security as a nation at risk, as well as weakening and destabilizing our nation morally and economically,” said Cantor.

“As mayor, I pledge that West Hartford will stand firm in its commitment to inclusivity and diversity, and will remain open and welcoming to all,” Cantor said.

The rally will be held outside, and the Facebook event instructs attendees to: “Dress warmly, bring signs and your loud voice and come prepared for a peaceful rally toward action!”

The rally is being co-sponsored by the Muslim Coalition of Connecticut, Common Ground Services, Connecticut Students for a Dream, and Welcome Our Neighbors.