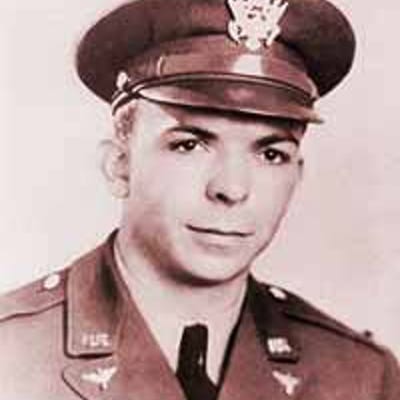 Gordon Sterling, Jr. of West Hartford was killed in action at Pearl Harbor in 1941.

Following the celebration of Memorial Day 2021, it is good for us to remember Gordon H. Sterling, Jr., (1919-1941) killed in action nearly 80 years ago by the Japanese the day they bombed Pearl Harbor. A Second Lieutenant in the Army Air Corps 46th Pursuit Squad, Sterling engaged six Japanese planes. He shot down one Japanese plane before he was attacked from the rear, and his plane fell into the Pacific Ocean, engulfed in flames. 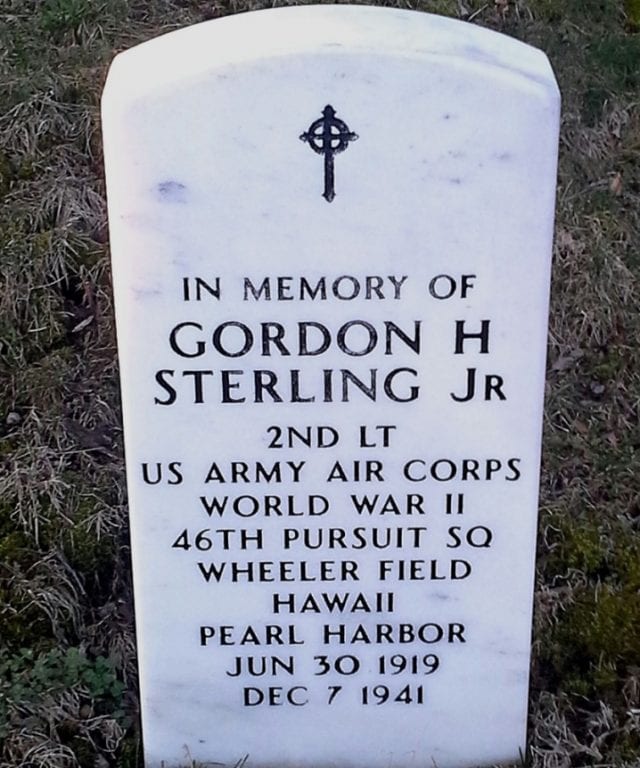 Lt. Sterling was the first person from West Hartford to die in World War II.

Sterling lived on Argyle Avenue, right near Fernridge Park. He graduated in 1937 from Hall High School and enrolled at Trinity College. He enlisted in the service in September 1940, the year after Germany invaded Poland to begin the European war, but 15 months before the US entrance in the war.

He was stationed at Wheeler Field, Hawaii. A year after his death, Wheeler Field’s VFW post was named in his memory.  Sterling received a Purple Heart and a Distinguished Flying Cross for his service on that fateful day.

His parents and friends had to wait 25 days to find out what happened to Sterling. His First Lieutenant recounted that Sterling was still shooting at the Japanese planes as his plane plunged into the ocean. Two other planes went down as well.

In 1943, the Town Council voted to name the new athletic fields west of Charter Oak School after Sterling. They were just being completed at that time. It is not clear today where the bronze plaque is that was donated by the Exchange Club installed in 1948.

It will do us well to remember Gordon Sterling’s name, and his actions. He enlisted before there was a draft. His flying skills helped to shoot down at least one of the enemy planes. His sacrifice for the war effort symbolize a man who was willing to fight for something bigger than himself. In a Hartford Courant editorial, Sterling was eulogized as a man who justified the  cost of his religious training, the government services that paid for schooling and sports leagues. The writer argued that “the democratic system under which he grew is worth all that we give to it.” (3/6/1942 Hartford Courant)