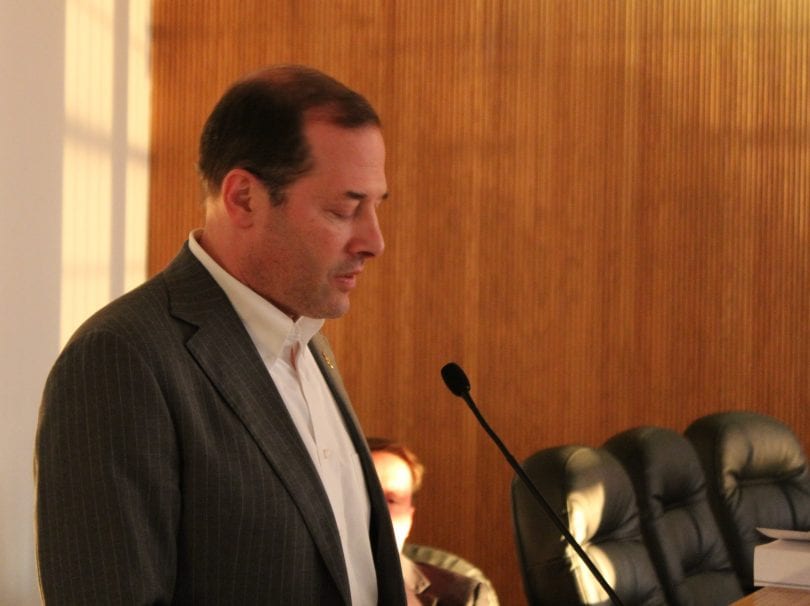 Rep. Andy Fleischmann was endorsed for the 18th District House seat Thursday night at a meeting of the Democratic Town Committee, and vows to keep fighting to protect West Hartford and the state’s most vulnerable.

By a vote of 18-5, the Democratic Town Committee decided that Fleischmann’s commitment to the progressive Democratic tradition and his longtime dedication to representing all of the voters in his district made him worthy of being the party’s candidate in November.

“I am honored by the DTC’s decision to endorse my candidacy. I want to make sure our town continues receiving the state support it deserves, and that key programs for our young people, our seniors and our most vulnerable remain strong,” Fleischmann said.

“West Hartford is one of 169 municipalities all vying for limited state funding,” he said, “and that’s a major reason why West Hartford needs the experience and tested leadership I can provide – so that our town receives the funding that it should. And that’s just one of the major issues we’re facing.”

Fleischmann led the West Hartford delegation this year in securing an additional $3 million in education funding for West Hartford under the state budget package recently signed into law.

Fleischmann is the House chairman of the legislature’s Education Committee and a key member of the powerful Appropriations Committee. As Education chairman, Fleischmann wields significant influence over the design of the state’s Education Cost Sharing Formula, the Special Education Excess Cost formula, and funding for school capital projects – around the state and in West Hartford.

Judy Casperson, a former town council member, nominated Fleischmann, citing three important bills he championed this year — one that allows students to carry an EpiPen with them and requires school bus drivers to receive EpiPen training, another concerning minority teacher recruitment, and the “Dreamers bill.”

“Andy Fleischmann is a leader in the progressive, democratic tradition — always standing up for the most vulnerable and fighting against discrimination on age, gender, race, ethnicity, ability and nation of origin,” Casperson said. “He has the knowledge and the understanding of the political process and he uses that and his seniority to benefit the people of West Hartford.”

Beyard concluded, “Friends, I support Andy because he supports us, from the youngest to the oldest with special concern for the most vulnerable. He advocates for women and children, and for each of us, whatever our race, ethnicity, or sexual orientation. And then he gets things done. I am proud to second his nomination.”

“I don’t feel right about the idea of walking away as we face two more tough years,” Fleischmann said after winning the nomination. “I really feel like it’s a responsibility I have to defend the victories we’ve won in the last few years and make sure West Hartford continues to get the state support it deserves – and that those who are oppressed, those who are marginalized get the support they deserve.”

“There are people carrying different signs, wearing different colors here today but the truth is that I think pretty much every person here shares a deep commitment to social justice, to opportunity for all, to democracy, to equal rights for all,” Fleischmann said. “So many of us in this room have worked together to help those who have been oppressed and marginalized in our society — and I’m proud to have worked with you.”