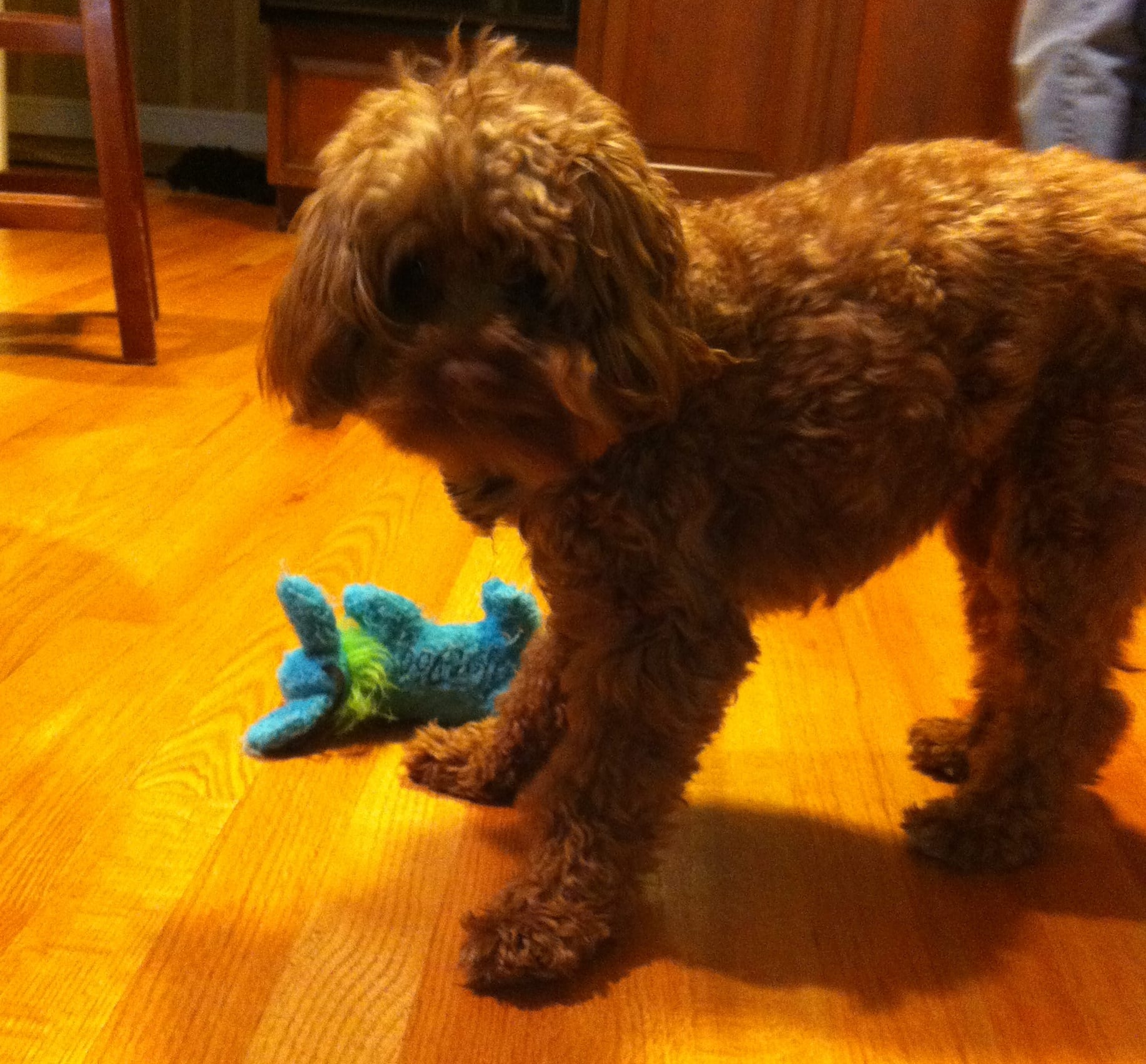 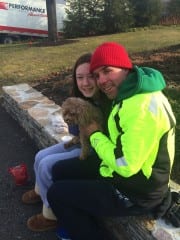 Mike and Meghan Cobb are reunited with Max at a Hartford golf course. Photo courtesy of Sue Cobb

Sue Cobb is thankful to the good Samaritan who called West Hartford Animal Control Tuesday morning to report that she had seen a dog matching the description of the Cobb’s lost cockapoo near a Hartford golf course.

She never learned the woman’s name, but Cobb is so thankful for the stranger who not only took the time to call, but continued to follow the dog, even though she needed to leave for work, until Cobb’s husband and West Hartford Animal Control Officer Karen Jones could get there.

“Also, Karen [Jones] was so helpful and supportive through this whole ordeal, as were all of the very patient officers who answered our calls,” Cobb said.
The Cobbs live in the Buena Vista neighborhood in West Hartford, nowhere near where Max was found. Cobb said he must have had “quite an adventure.”
“What a wonderful town this is. So many neighbors and friends came out to help, take our flyers, and posted information on social media. We are so very grateful,” Cobb said.
Original Story

The Cobb family is asking for the community’s help in finding Max, their 4-year-old cockapoo. 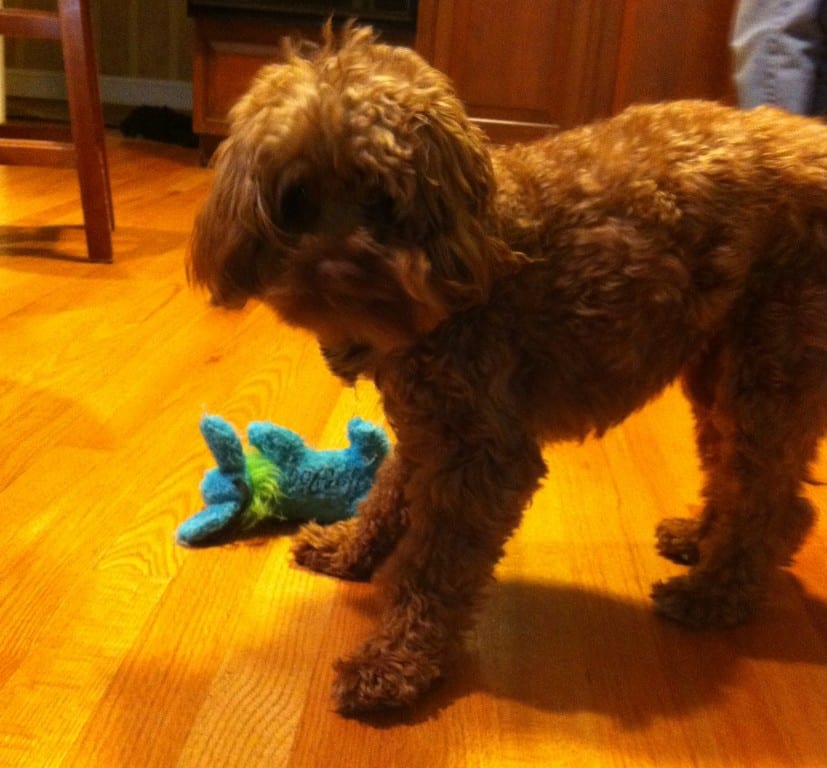 The dog, a small tan cockapoo that looks like a poodle, ran away from his home on Briarwood Road (near Buena Vista) at approximately 4 p.m. Sunday. There has been a reported sighting in the area of South Main Street and New Britain Avenue and another possible sighting of the dog in the Wolcott School area.

“He’s fast and very skittish,” said owner Sue Cobb. She said he may bark but is very friendly. She asks that anyone who thinks they see Max should call her rather than try to catch him because he will run away.