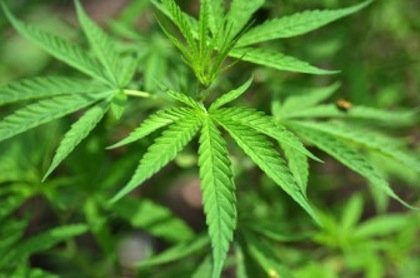 Senate Democratic leaders say it will be important to bundle marijuana legalization with assistance to marginalized communities and expungement of criminal records.

Though Connecticut legislators tend to shy away from controversial issues during a re-election year, Senate Democrats insisted Thursday that legalization of recreational marijuana use still could be enacted this year – even with the entire legislature up for election in November.

Pro-legalization forces also may benefit, leaders said, from a stronger push from Gov. Ned Lamont, new legalization efforts in nearby states as well as Connecticut consumers’ growing familiarity with the marijuana market in neighboring Massachusetts.

Legalizing recreational marijuana use and taxing its sale is “a reality we should have dealt with already,” Senate President Pro Tem Martin M. Looney, D-New Haven, said during the late morning press conference in the Legislative Office Building. “I think the time has come. We need to recognize it.”

A measure raised last year carried a fiscal note projecting Connecticut could make $70 million in the first year of legalization and about $160 million annually after that.

“How ironic it is right now that we’re thinking about passing legislation to sell legalized cannabis to pay our bills, when we had a number of people who have risked their lives and liberty to do the same thing to pay their bills,” McCrory said, referring to some of those convicted of selling cannabis illegally.

A more effective strategy, he continued, would be to emphasize how legalization could be used to reverse decades of injustice.

The bill must include expungement of the criminal records of some drug-related offenders, as well as opportunities for residents of poor, marginalized communities to work in the cultivation, processing, distribution and sales of cannabis products, he said.

If equity issues are not addressed, McCrory added, “I don’t think we have a snowball’s chance to get this legislation passed.”

Looney noted that Lamont, who largely stayed out of the marijuana debate in 2019, has indicated he plans to play a stronger role in pushing for legalization.

“I think the times are changing,” the governor told Capitol reporters on Wednesday. “Look at what all of our neighboring states are doing. Right now we have hundreds of people driving to Massachusetts every day, every week, to buy recreational cannabis. Is that in the best interest of this state?”

And Looney added Thursday that Massachusetts’ marijuana market isn’t the only one to consider. New York and Rhode Island are considering bills to legalize pot sales, and a referendum is planned in Rhode Island.

“I don’t think we want to put our heads in the sand and be in a position equivalent to a state that refused to recognize that prohibition of alcohol … was a failure” in the 1920s and early 1930s, he said.

“We should be having conversations with our youth in the schools, who tell us how you can’t go to the bathroom, you can’t get on a bus, you can’t go down a hallway without seeing marijuana or some sort of product,” he said. “That’s the epidemic that we should be addressing.”