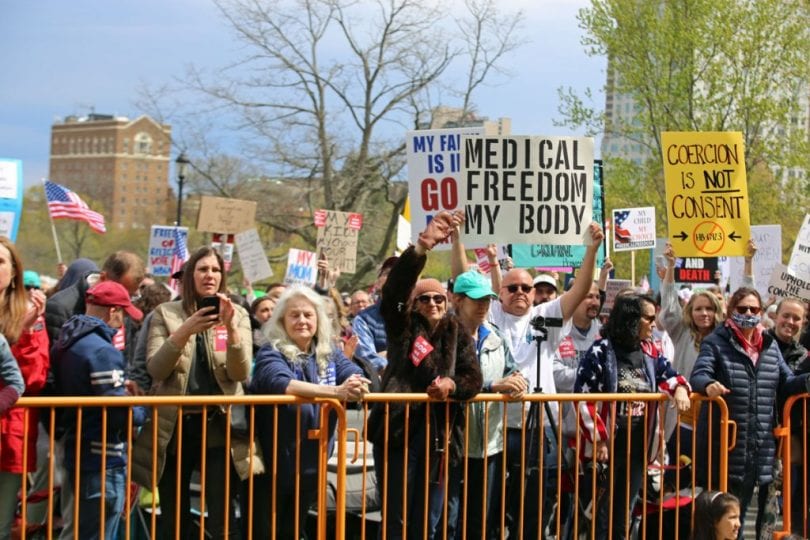 Crowd at the state Capitol on Tuesday rallying against proposed elimination of the religious exemption to vaccination. Photo credit: Christine Stuart (Courtesy of CTNewsJunkie.com)

Opponents have already said they will challenge the new requirement in court.

With thousands of protesters assembled outside the state Capitol building, the Connecticut Senate gave final passage Tuesday to a bill closing a religious exemption to school vaccination requirements for new students beginning next year.

Supporters in the Senate settled the most controversial issue of the session, sending the bill to Gov. Ned Lamont who plans to sign it. The 22-14 vote did not fall strictly along party lines. Democratic Sens. Cathy Osten of Sprague and Dennis Bradley of Bridgeport joined all Republicans in opposing the bill.

The change, which proponents say will help avoid outbreaks of preventable diseases, has been opposed by an outspoken segment of the public who say it infringes on the “religious rights” of parents and children. Police estimated as many as 4,000 of them gathered on the Capitol grounds Tuesday.

The Senate debated the proposal for more than eight hours before passing it. At times, the noise from the crowd outside could be heard in the third-floor chamber, where a limited number of lawmakers were present as a result of safety precautions designed to avoid spreading the COVID-19 virus.

The bill included a compromise which grandfathered children already excused under the religious exemption. The growing number of families using the exemption has led the legislature to consider removing it over the last several years. 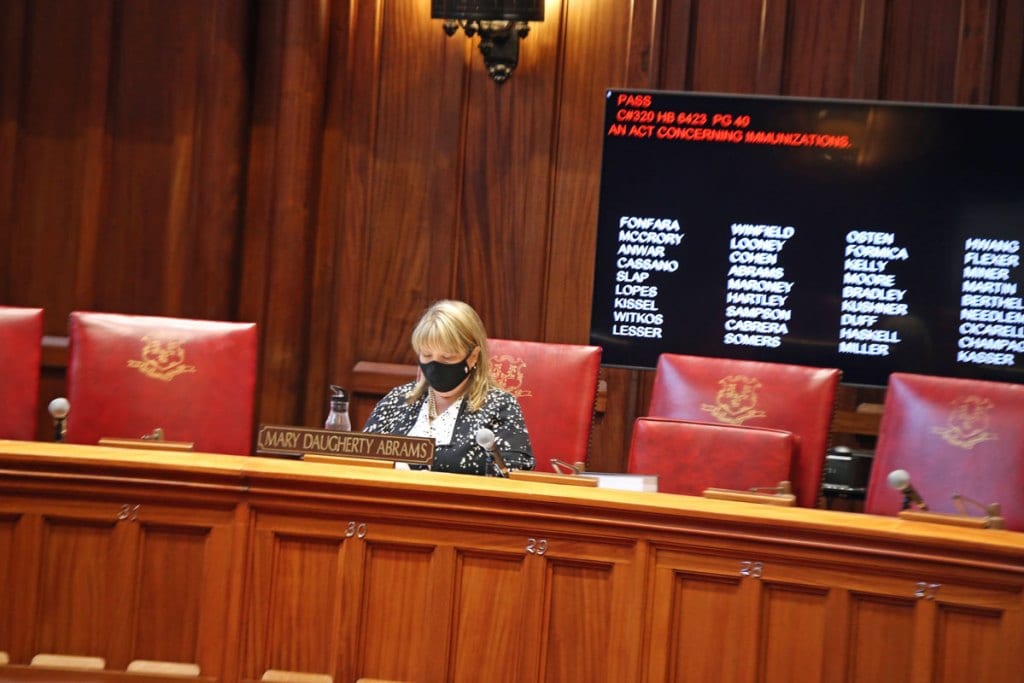 “It is our obligation to protect the public health,” Sen. Mary Daugherty Abrams, co-chairwoman of the Public Health Committee, said during the debate. Abrams said the legislature adopted school vaccination requirements in 1959, amidst a polio epidemic and included the religious exemption in that bill.

“Times have changed and the increase in the use of the non-medical exemption has created a situation we must now address,” she said.

There were nearly 8,300 students using the religious exemptions enrolled in Connecticut schools during the 2020-2021 school year, according to Public Health Department figures. The department also reported 1,150 students with medical exemptions out of 574,000 students.

Proponents argued those exemptions create pockets of vulnerability where outbreaks can occur. Abrams said 22% of kindergarten classes were below the 95% vaccination rate necessary for community immunity against measles, mumps and rubella.

But opponents argued that higher vaccination rates could be achieved by education and health department enforcement of the current statutes. There are tens of thousands of students who are non-compliant and haven’t turned over their paperwork to their schools. It’s unknown if those students are fully or partially vaccinated.

“Even if it is a problem, it doesn’t lie with religious exemptions or medical exemptions. It lies with students who are just not compliant,” Sen. Rob Sampson, R-Southington, said. 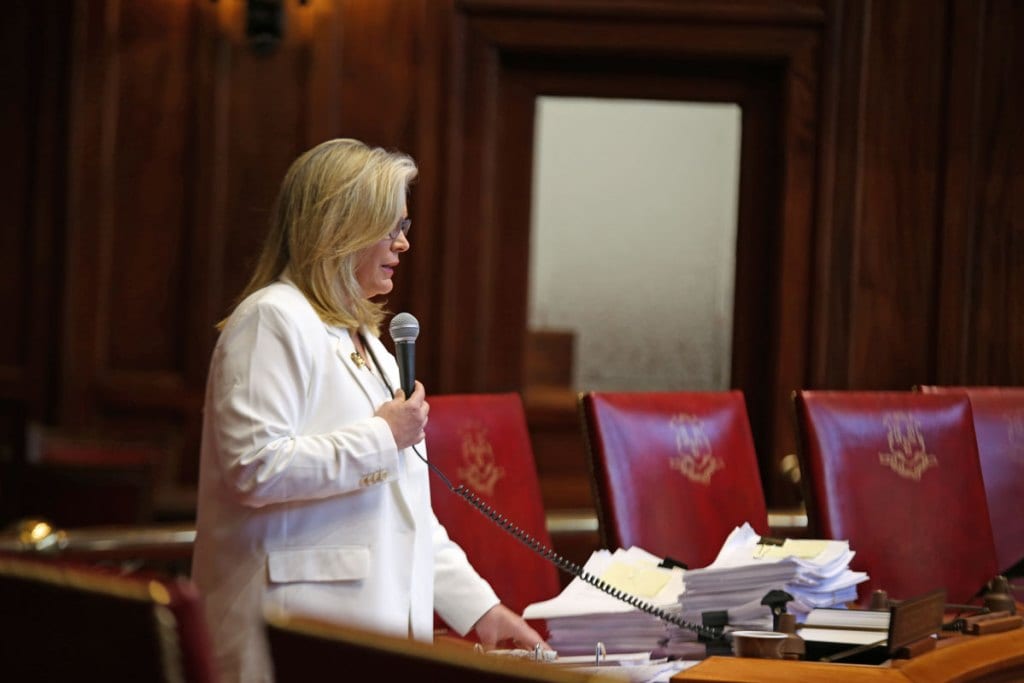 Even before the bill passed, opponents said they plan to challenge the new requirement in court.

“I think what this legislature is about to do if this bill should pass and the governor should sign it ultimately ends up in the high court and gets overturned. It’s unconstitutional on its face,” Sen. Eric Berthel, R-Watertown, said outside at the rally.

Berthel described the crowd as one that has a wide assortment of opinions about vaccines and objections to the religious exemption. Opponents say the bill seeks to prioritize public health over parental rights and constitutional rights.