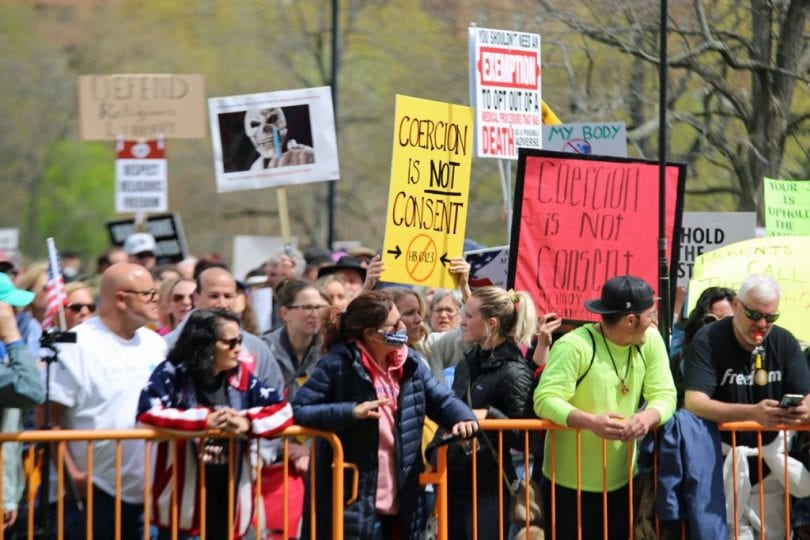 Crowd at the state Capitol on Tuesday rallying against proposed elimination of the religious exemption to vaccination. Photo credit: Christine Stuart (Courtesy of CTNewsJunkie.com)

The state Senate was expected to vote Tuesday afternoon on a bill that would remove the religious exemption to childhood vaccination.

By 3 p.m. Tuesday Capitol Police estimated that 4,000 people were rallied outside the state Capitol to preserve the religious exemption to childhood vaccine requirements as the Senate prepared to debate removing it.

A bill that would eliminate the exemption passed the House last week and the Senate was expected to follow suit Tuesday afternoon. The crowd outside the Capitol was already looking ahead to an expected court battle over the change.

“I think what this legislature is about to do if this bill should pass and the governor should sign it ultimately ends up in the high court and gets overturned. It’s unconstitutional on its face,” Sen. Eric Berthel, R-Watertown, said outside at the rally.

Berthel described the crowd as one that has a wide assortment of opinions. The bill seeks to prioritize public health over parental rights and constitutional rights, according to opponents. 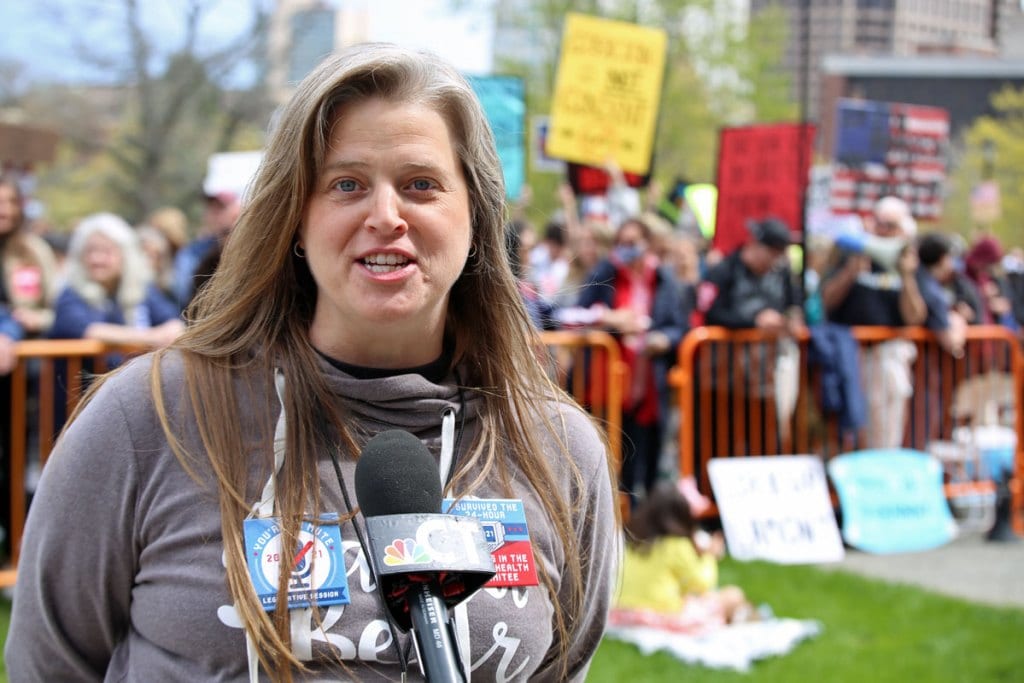 “When we want to lose sight and disregard the religious freedoms that are promised to us by the constitution by the laws of this land and we say we’re just going to change that because we can? I have a problem with that,” Berthel said.

LeeAnn Ducat of Informed Choice CT, one of the organizers of the rally Tuesday, said the next step is to pressure the governor not to sign the bill.

Gov. Ned Lamont has said he would sign the legislation if it reached his desk. If he does:

“We’ll see him in court,” Ducat said. “We’ve been preparing for months to immediately challenge this in court. We have a great legal team assembled and I can’t wait.”

Supporters of removing the exemption were not at the state Capitol. They decided to argue their point on social media instead.

During a virtual press conference, Arthur Caplan, a professor of medical ethics at New York University, said the religious freedom argument was a dubious claim.

“There are no major religions, and I’ve surveyed them all, even Christian Science, which are opposed to vaccination. Christian Science makes the choice about vaccination and religion conscience issues and major churches like the Catholic Church are pro-vaccination,” Caplan said.