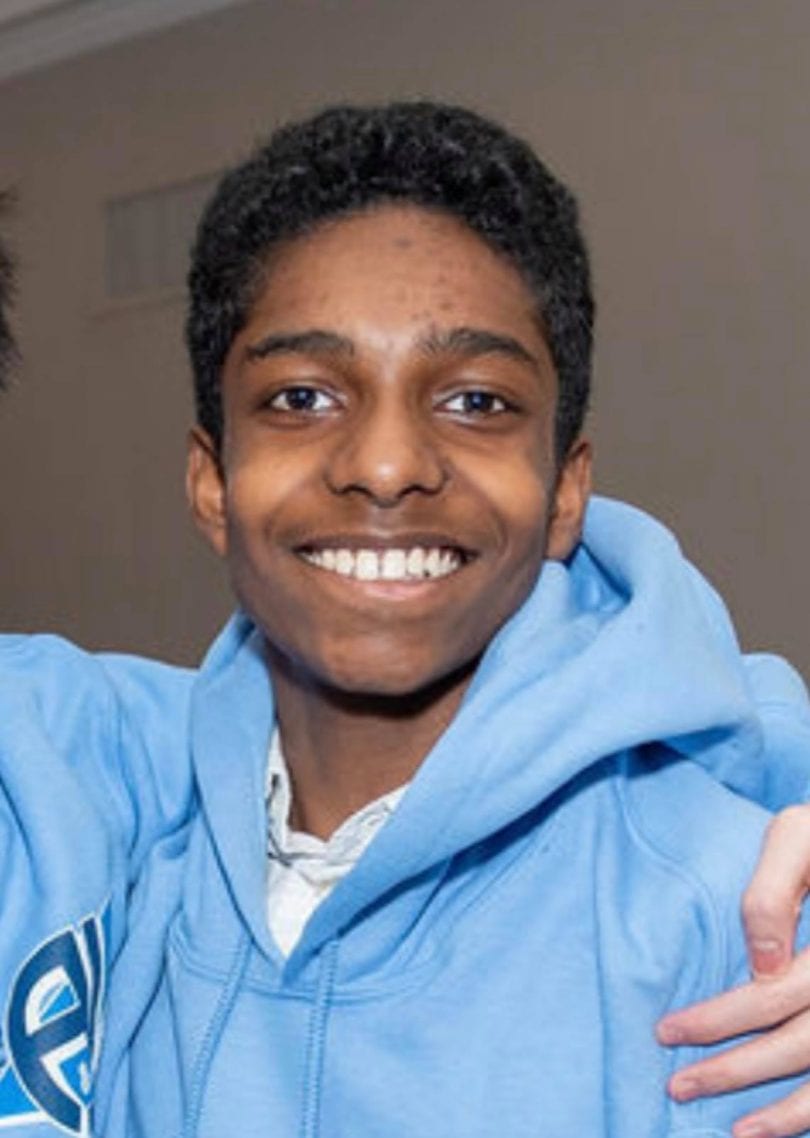 The body of Johnathan ‘Johnny’ Benjamin-Adams was recovered Saturday in West Virginia.

The Hampshire County Sheriff’s Office said Tuesday that they are continuing to investigate the death of 14-year-old Johnathan “Johnny” Benjamin-Adams, but following results of an autopsy have ruled the death a homicide.

The sheriff’s office noted that the investigation has been “difficult and complicated for various reasons that will not be released at this time, due to the on-going investigation, but we are confident this was an isolated incident.”

Johnny, who had traveled from West Hartford to Hampshire County, WV, to stay with extended family when the COVID-19 pandemic closed schools, graduated from King Philip Middle School this spring. He was set to enroll as a freshman at Hall High School this fall.

He was reported missing Sunday, July 12, and an extensive search of about 130 acres of land was launched. Several FBI departments – local agents as well as the FBI Child Abduction Rapid Deployment Team and FBI Behavioral Analysis Unit – were involved, as well as West Virginia State Police and multiple K-9 units. Volunteers from area churches and other local organizations also assisted.

On Saturday, July 18, the sheriff’s office reported that the remains were located in a shallow grave in a heavily wooded area not far from the Golden Acres area near Augusta in Hampshire County, WV, where Johnny had been staying.

The Hampshire County Sheriff’s Office said Saturday that they had developed a suspect, but no further information was provided Tuesday regarding that suspect. The sheriff’s office also did not provide any information about how Johnny was killed, or any possible motive.

Officials said Saturday that a 16-year-old relative of the West Hartford teen had been arrested and charged with burglary, but neither the nature of those charges nor any possible connection between the burglary and the death of the teen have been provided.

“The outcome of this investigation is obviously not what any of us had hoped for Johnny and his family and we ask our community and surrounding communities to continue to keep Johnny’s family in your thoughts and prayers during this very difficult time,” the sheriff’s office said Tuesday in the release. “We want to thank Johnny’s family for their patience, accommodations, and cooperation they extended to us throughout this investigation.”

West Hartford Superintendent of Schools Tom Moore said that a team counselors would be available to students, and expressed his devastation at hearing the news. “Johnny was loved at King Philip by those who were fortunate enough to get to know him,” Moore said.

“Johnny’s smile could light up a room, and he was active in community sports. We send our heartfelt condolences to his family and know that this will be a very sad time for Johnny’s family, friends, and teachers,” Hall High School Principal Dan Zittoun and King Philip Principal Joy Wright wrote in a letter to families Saturday. The letter also provided advice to families in speaking with their children about the incident.