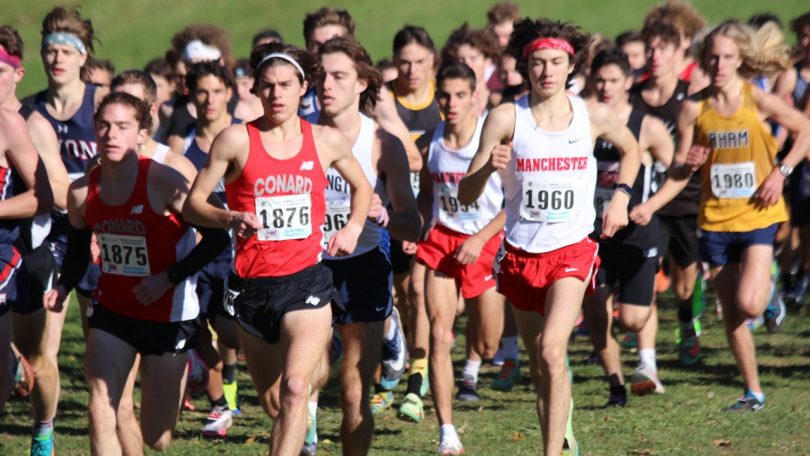 Conard High School head coach Ron Knapp has been an archivist recording results of state cross cross country meets for decades, and the 1-2 finish by twin brothers Gavin and Callum Sherry in Friday’s CIAC State Open at Wickham Park, he said, was definitely one for the record books.

Not only did the twins from West Hartford, now seniors at Conard who will both run at Stanford next year, become the first set of brothers to finish in the top two positions, but as far Knapp can tell, it was actually the first time teammates finished first and second. 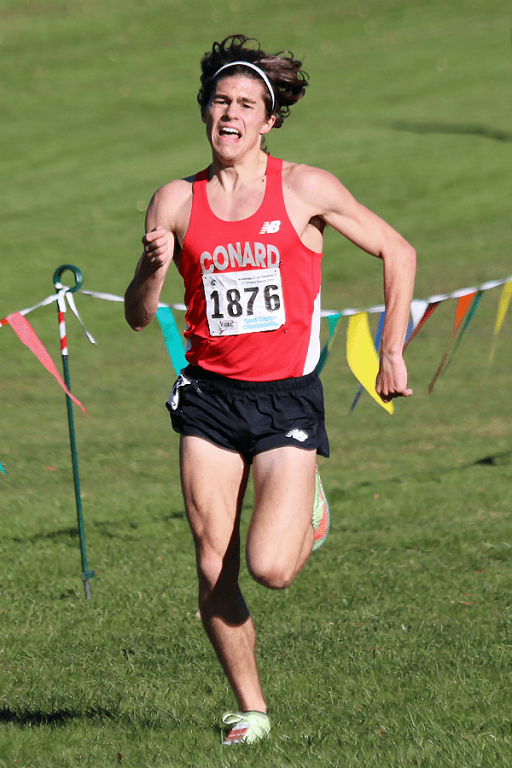 Gavin finished in 15:16, with Callum just behind at 15:22. Aidan Puffer of Manchester, who has also been one of the elite high cross country runners in the state for the past four years, was third in 15:25, with Michael Bohlke of Newington taking fourth in 15:29. 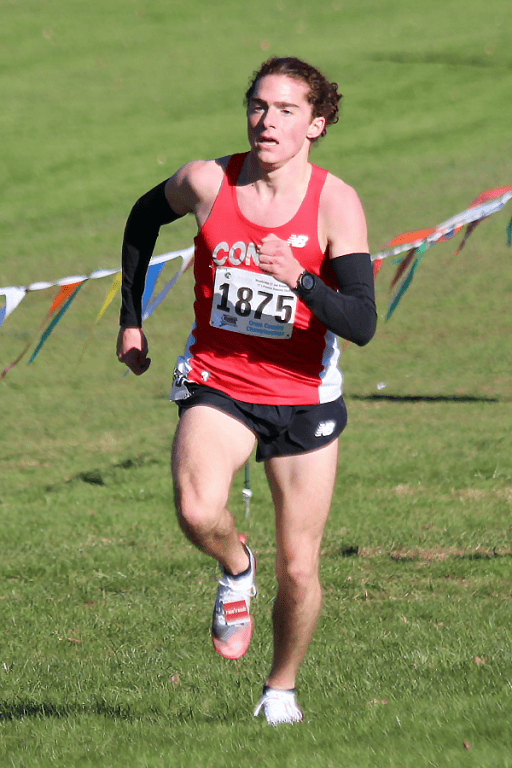 Only Darien’s Alex Ostberg has ever run the current Wickham Park cross country course, which was established in 2006, faster than the Sherry brothers, Puffer, or Bohlke. Ostberg ran in record times of 14:58 and 15:07 back in 2014, Knapp reported on his website, MySportsResults.com.

As a team on Friday, Conard finished eighth.

“In a challenging season that saw us finally compete with a healthy team last Monday at the Class [L] Meet for the first time all season I was surprised that we qualified for the Open meet that I thought was our last race as a team,” said Knapp.

Led by Gavin and Callum Sherry, who ran 15:25 and 15:38 respectively on Monday, the Conard team finished in fifth place in Class L. While only the top two teams in each division qualified for the State Open, the next eight fastest teams among all divisions also qualified, and that gave Conard a chance to have the full team run.

“Yesterday at the Open was especially rewarding as a coach and life-long fan as I saw tremendous efforts as six of the seven ran to personal records on the course while the other athlete came within 5 seconds of his best time,” Knapp said Saturday.

“As I had commented all season, the leadership, dedication, heart and work ethic of Calllum and Gavin Sherry has provided valuable role models for our team of runners who were lacking the experience in our return to a normal season,” Knapp said. “Their sheer enjoyment displayed during practice and competition has inspired their teammates as well as kept this coach young at heart.”

The Hall girls also ran to a third-place finish in the State Open, led by Katherine Sanderson, who finished 12th in 19:23, and Nora Holmes, who was 14th in 19:30. Both took nearly 20 seconds off their times from Monday’s Class LL meet.

Ridgefield was the winner in the boys meet, while New Milford took the girls title in the State Open.

Knapp is still checking the record books, but as far back as 1960 he hasn’t yet found evidence that brothers, or even teammates, have finished 1-2.

More details about the boys and girls State Open can be found on MySportsResults.com.