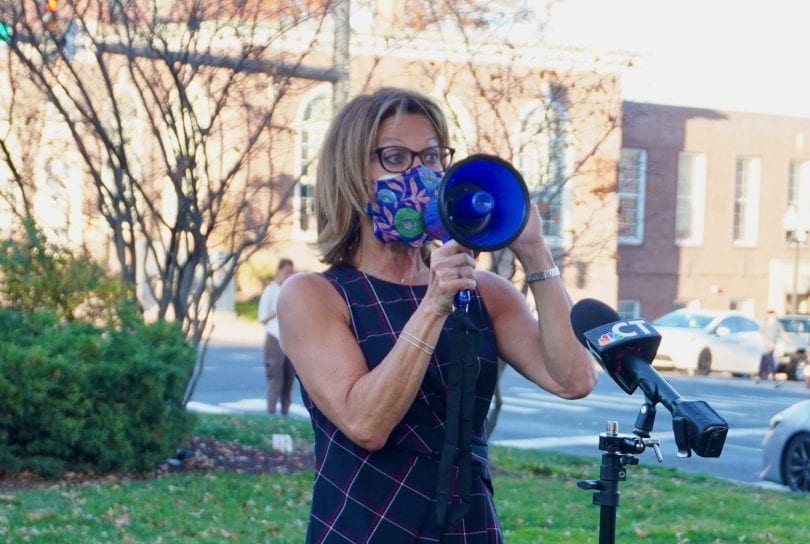 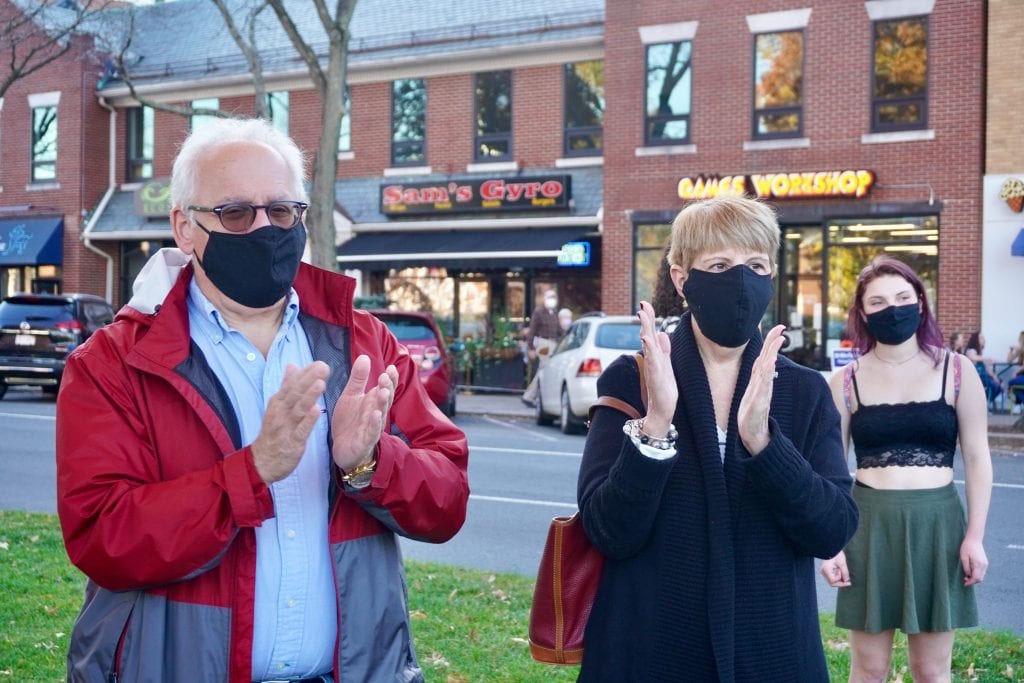 A day after Joe Biden was declared the next president of the United States and Kamala Harris became the first female vice president-elect, after days of waiting for the results of a combative election to be finalized, in a time when the country has been reeling from political unrest, racial tensions, and a devastating pandemic, the West Hartford community held a rally calling for healing and hope.

About 40 people came together Sunday afternoon on Goodman Green in West Hartford Center. There were no signs, there was no yelling, but there were passionate messages.

“We want our community to take the time to heal from this very, very contentious – energized – historic election,” Mayor Shari Cantor said.

Turnout was historic for a presidential election, she said, and “not only was it historic and record-breaking, it was glass-breaking” with the election of a woman, a woman of color, as vice president.

“But our country is still broken, and we are torn apart, and we are broken almost in half,” Cantor said. “We don’t communicate with each other like we can and we should.”

Cantor said many members of her family are Republicans, and while they don’t agree politically, she has learned firsthand how important it is to listen and understand each other.

“Compromise is the only way we’re going to succeed as a country and overcome the problems … we have ahead of us. .. “We are a beacon to the world and I know we can shine much brighter than we are right now.” 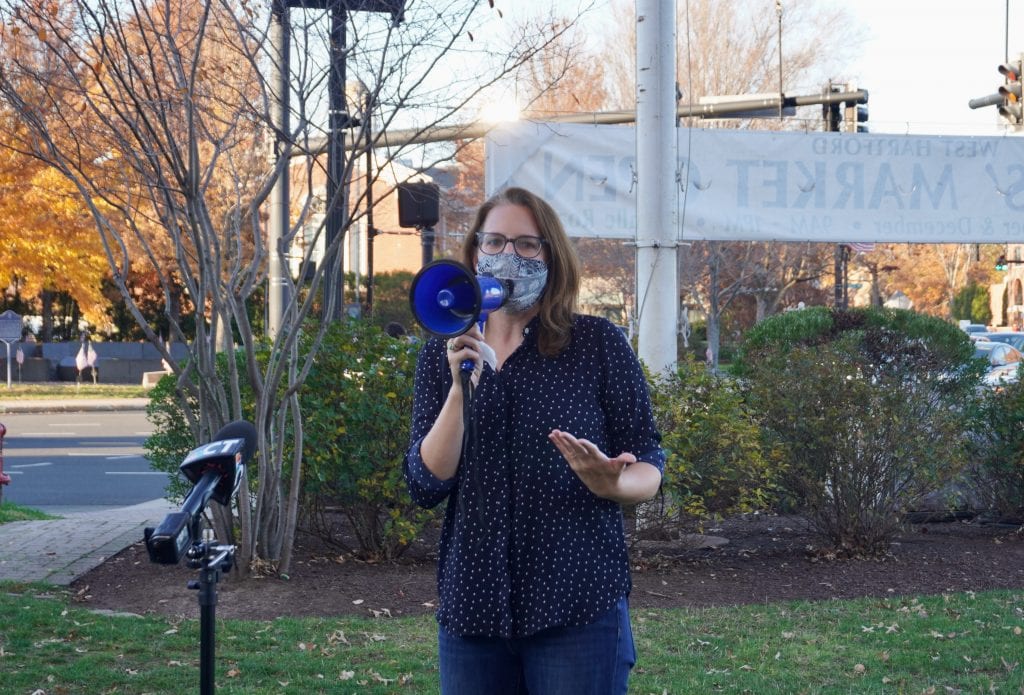 Kate Farrar, who won election for her first term as a State Representative in West Hartford’s 20th District, said we should have a lot of pride in the Town of West Hartford for showing that we care about getting out the vote – with more than 86% turnout.

“We had record use of absentee ballots and it really speaks to how folks want to be engaged in all of these decisions,” Farrar said. She said she wants to work through the legislature to ensure permanent absentee balloting, early voting, is able to continue in future elections.

“I hope that this is a moment where we believe in the power of our vote and we continue to make sure that we are using our voice for change,” Farrar said, as the first step to come together to make decisions to benefit all. 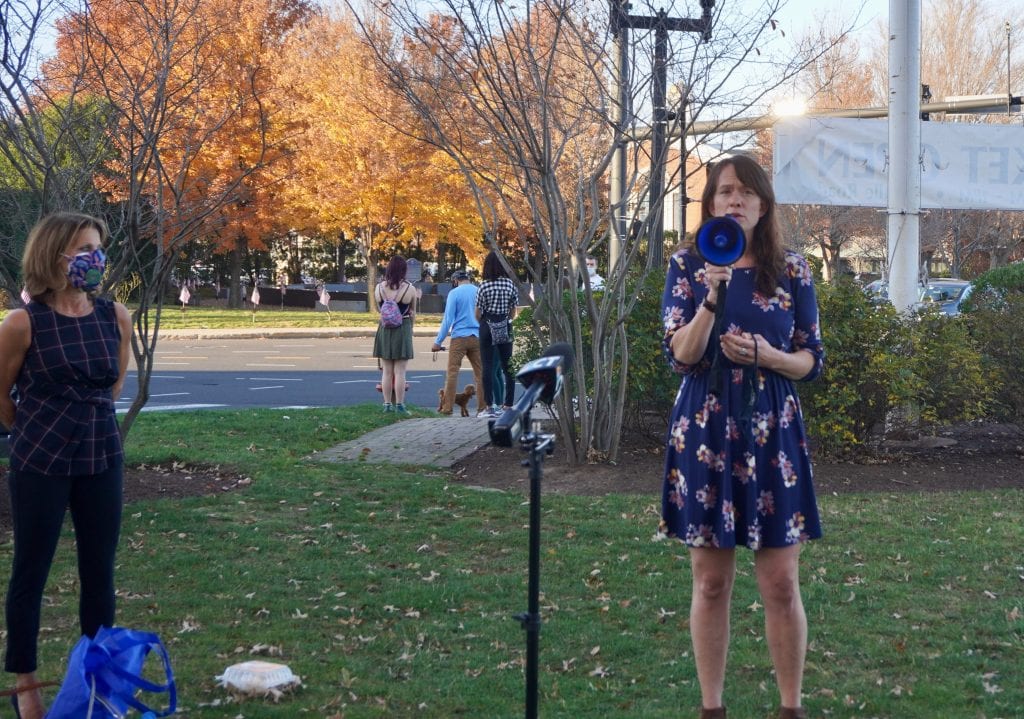 State Rep. Jillian Gilchrest of West Hartford, who won re-election in the 18th District, said this is not only a moving and powerful time, but also a time to come together. Echoing the words of President-Elect Joe Biden, Gilchrest said, “Even if we are on different sides that doesn’t make us enemies.”

“Differences are important and I think difference of opinion makes for stronger policy,” she said, noting that it’s important to have dialogue, but to disagree respectfully.

“This is my hope, and I intend to continue operating that way at the State House,” working with colleagues on both sides of the aisle.

“I stand with you, I stand for you,” Gilchrest said. 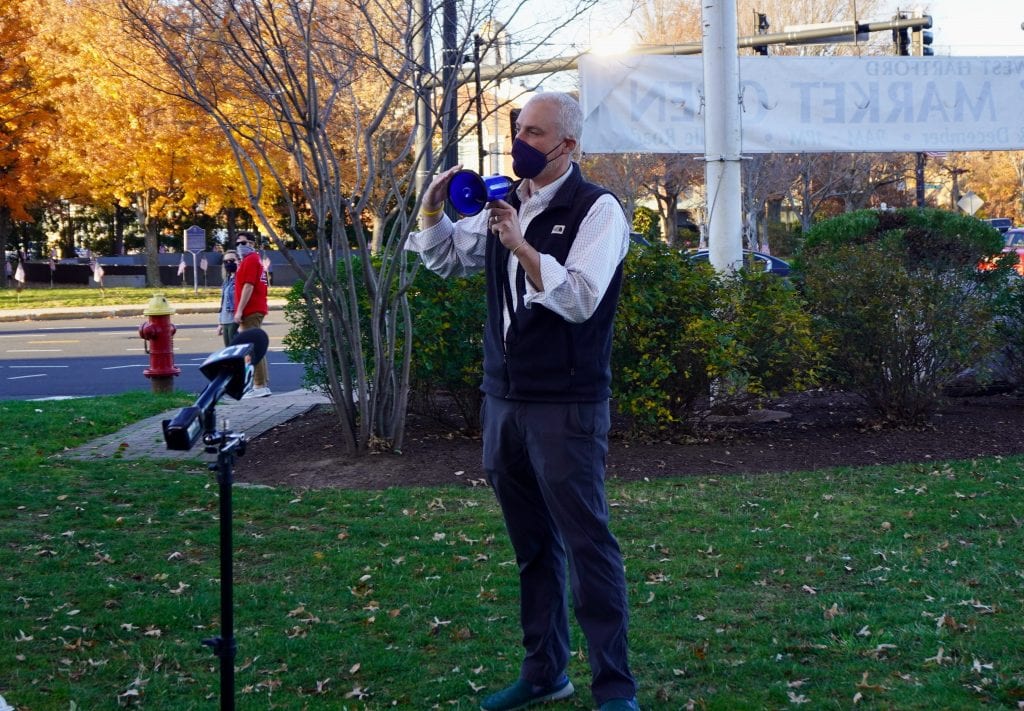 State Sen. Derek Slap (D-5th) made note of Sunday morning’s earthquake off the coast of New Bedford, MA. “Anybody who thought now that the election’s over, 2020, everything’s going to go back to normal, and then you woke up today and there was an earthquake, that’s perfect for this year. What is next?”

Like Cantor, Slap said that he is not politically aligned with everyone in his family, but despite that he was always able to find common ground with his father-in-law, who recently passed away, as they sat together on the couch watching football and enjoying a bourbon.

“We find each other’s humanity. We connect.” That’s what we need to do, Slap said.

Bridging the divide is important, and Slap said he has already reached out the newly-appointed Senate Minority leader, because it’s so much better to have the parties work together.

There are challenges – the pandemic, the economy, and many other issues – but it starts with those micro-interactions, Slap said. 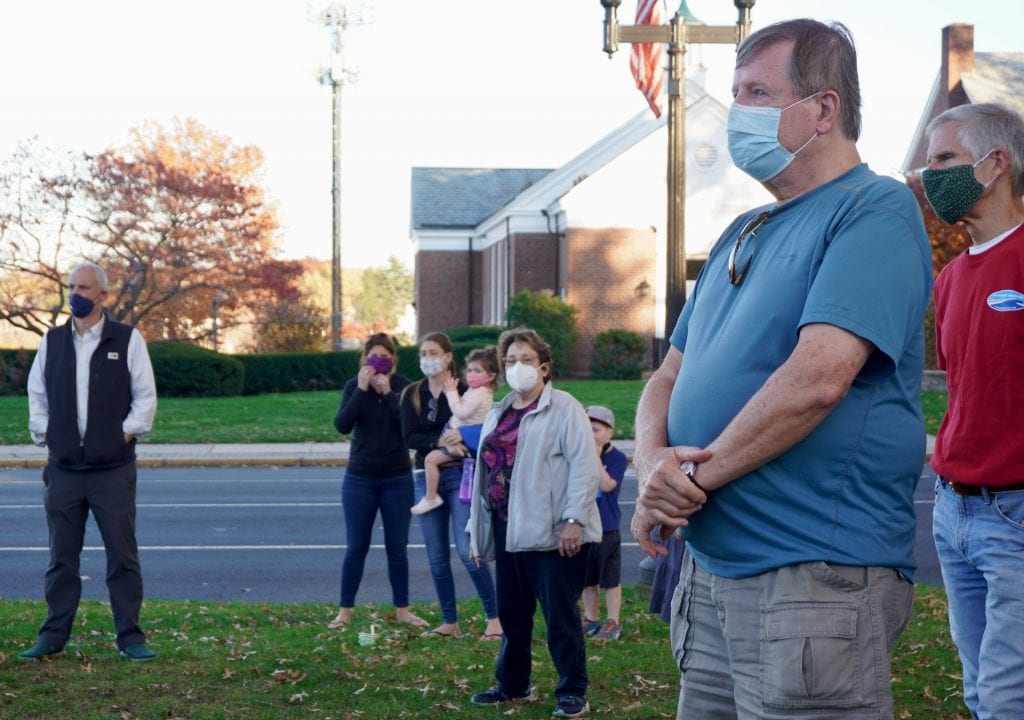 Cantor said change doesn’t come about just through action by elected officials, and urged the community to stay engaged. “Don’t leave it up to somebody else to do forward and do the things that you want to see,” she said.

“We can be kinder, we can be more patient, we can listen better – and those are all things that are essential for us to come together and be better as a country.”

A democracy is only successful if you understand what’s happening, Cantor said. Truth – facts – and science are paramount. 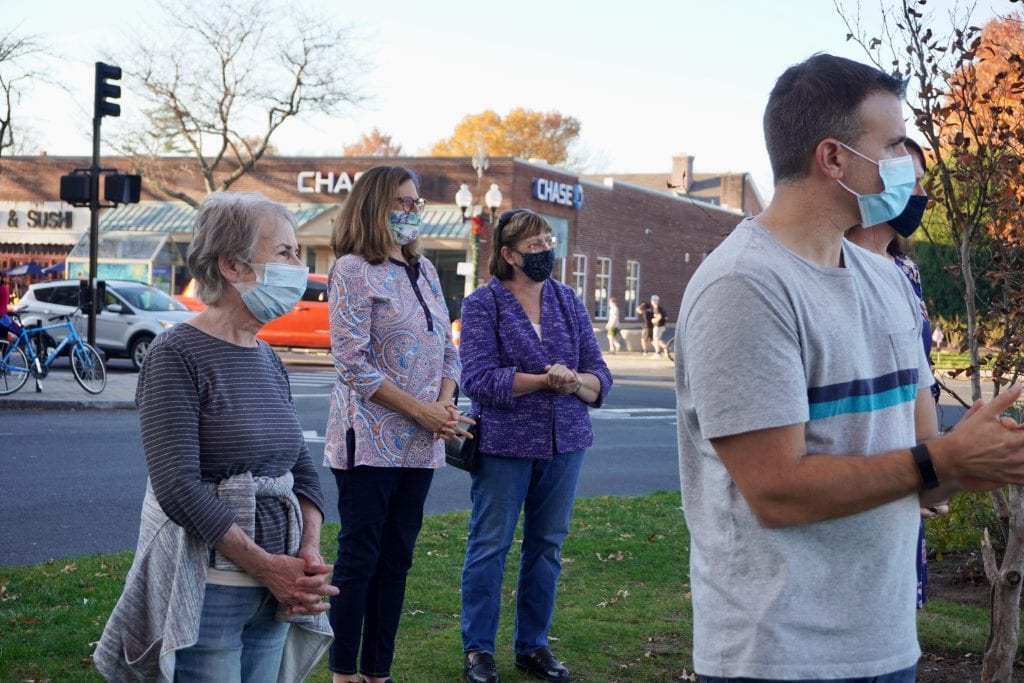