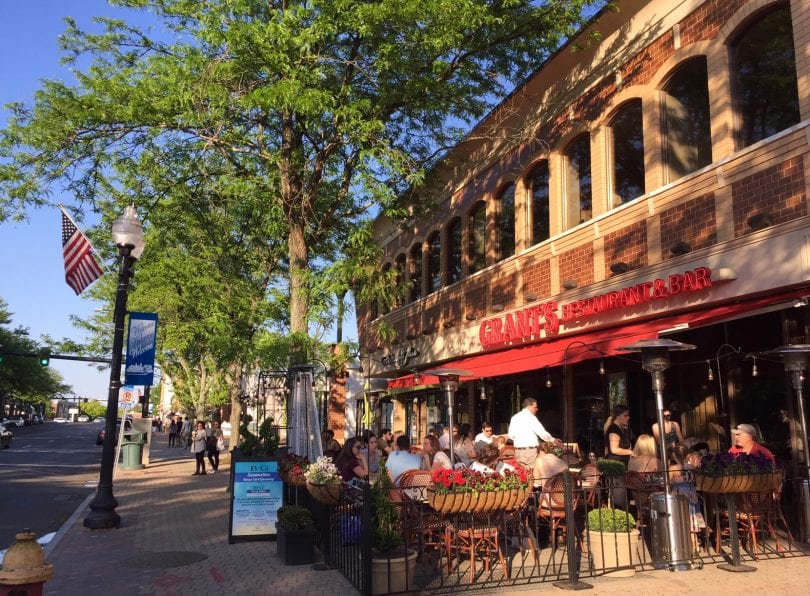 The walkability of town centers throughout the state is being touted by the Connecticut Office of Tourism, with West Hartford Center earning the top ranking.

Connecticut’s official state tourism site is touting the virtues of visiting six “walkable town centers” in the state, noting that the state “has many town centers where a nice ramble takes you to shops, restaurants, galleries, museums and even a park bench or two.”

The no. 1 location in the state, according to the website, is West Hartford Center. Also highlighted are New Canaan, New Haven’s Chapel Street, Chester, Greenwich Avenue in Greenwich, and Litchfield.

Each of the six locations is highlighted on the site with information on attractions, events, restaurants, accommodations and shopping.

Of West Hartford Center, the state website says “the intersection of Farmington Avenue and South Main Street in West Hartford can lead you to many shopping or dining pleasures, and eventually to the adjacent Blue Back Square.”

New Canaan is described as “this classic commuter town,” which “has an appealing downtown and many restaurants, especially in the triangle formed by Main, Locust and Forest Streets. Lots of places to shop, too.”

Describing Chapel Street in New Haven, the website suggests “you can truly spend an entire day (and night) without getting off Chapel Street.” Chester, the website notes, has “small-town charm you’re looking for,” including “tasteful little shops and an interesting variety of restaurants.”

When the website Redfin compiled their latest list of most walkable cities, Hartford made the list. With a walk score of 71, transit score of 54 and bike score of 53, the site noted the state’s Capital City as having an average walk score, good public transportation and “somewhat bikable.” The most walkable neighborhoods named were Downtown, South Green and Frog Hollow, and the review of the city indicated that “most errands can be accomplished on foot in Hartford.”