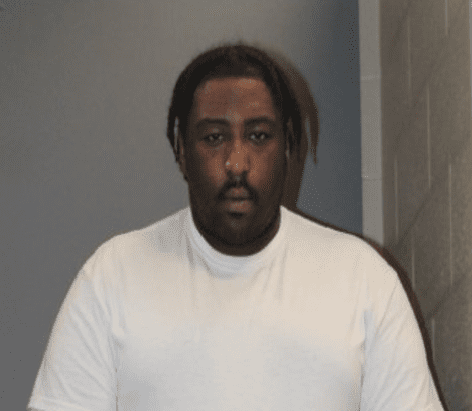 West Hartford Police have charged a man, who is already a convicted felon with attempted murder in connection with a Wednesday night shooting on Maplewood Avenue.

A man suspected in a shooting Wednesday night inside a Maplewood Avenue residence is in custody with bail set at $2 million, and faces a slew of charges, including attempted murder, West Hartford Police said.

The suspect has been identified as Christon Mitchell, 32 of Mansfield.

Mitchell is a convicted felon, listed on the Connecticut Deadly Weapon Registry, West Hartford Police Capt. Eric Rocheleau said. He was on probation for federal weapons charges in connection with a previous incident when the most recent shooting took place.

Rocheleau said a 911 call was received at 9:05 p.m. Wednesday indicating that someone at a Maplewood Avenue residence “had been shot and was in need of medical attention.”

When police arrived, they found a male victim who had been shot in the face. That man, who has not been identified, was transported to a local hospital for treatment of serious injuries. Police did not provide any information about his condition.

Police said a witness at the scene identified the suspect as Mitchell, who is someone known to the victim.

Mitchell had fled the scene, but according to police through a cooperative effort of multiple law enforcement agencies, including the Greater Hartford Auto Task Force, he was located attempting to flee from officers in a vehicle.

Farmington Police officers were able to deploy tire deflation devices, which expedited the termination of the pursuit, Rocheleau said.

Once the vehicle was stopped, West Hartford Police took Mitchell into custody without incident.

Several juveniles were inside the Maplewood Avenue residence when the shooting occurred, but they were not injured, police said.

Mitchell was arrested and charged with criminal attempt at murder, first-degree assault with a firearm, home invasion, two counts of risk of injury to a child, criminal possession of a pistol or revolver, illegal discharge of a firearm, first-degree threatening, and first-degree reckless endangerment.

He remains in custody on $2 million surety bond and is scheduled to be arraigned on Nov. 12.

We-Ha.com is the place to go for the latest information about West Hartford – a town that "has it all"! We-Ha.com is part of and proud of our community, and we bring a hyperlocal focus to news and features about the people, schools, businesses, real estate, sports, restaurants, charitable events, arts, and more. Contact us at: [email protected] or [email protected]we-ha.com.