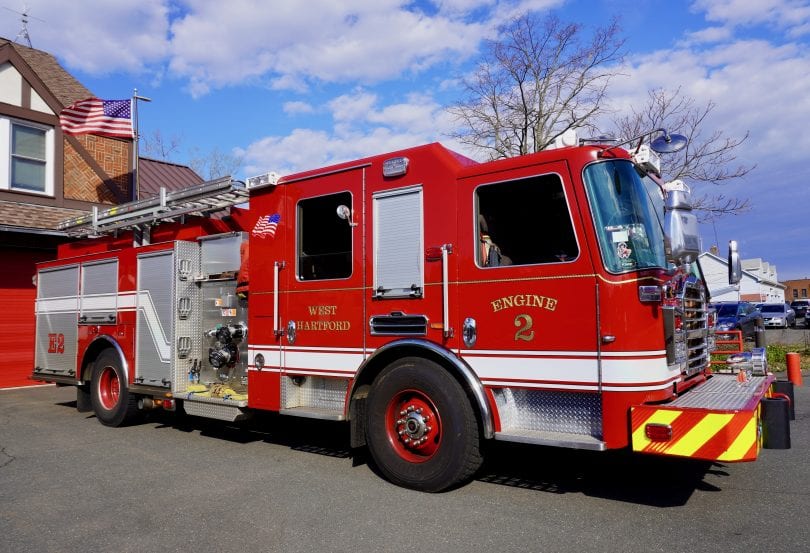 Residents of 44 Lilley Road are relying on the Red Cross for housing after an afternoon fire at the three-story, multi-family residence. Initial reports were the blaze was caused by electrical issues but the fire marshal’s office is investigating the origin.

“The first fire unit arrived on scene a short 3 minutes later. A fire was discovered on the second and third floors, and the first unit transmitted a working fire. As units were preparing for a search/rescue and fire attack, additional information was provided that no one was currently in the residence but there were several animals. West Hartford fire crews immediately initiated an interior fire attack. Crews were faced with challenging fire conditions due to the type of construction of the residence (balloon frame).

“The bulk of fire was knocked down within an hour but crews remained for extensive overhaul of void spaces before placing the fire under control at 2:11 p.m. During the response to this incident, all on-duty West Hartford fire companies were on the scene, several off-duty firefighters were called back to cover Town. “Additionally, American Medical Response, numerous members of the West Hartford Police Department, Eversource, and CNG utilities crews were on scene. Several departments assisted at the scene (Hartford and the UConn Fire Department) and New Britain Fire assisted by covering the town while West Hartford units were committed at the fire.

“No injuries were reported to residents or responders. The residence suffered significant damage due to fire, smoke and water damage. The Red Cross is on scene assisting the residents and the building official has been contacted. Currently, the cause of the fire is under investigation by the West Hartford Fire Marshal’s office.