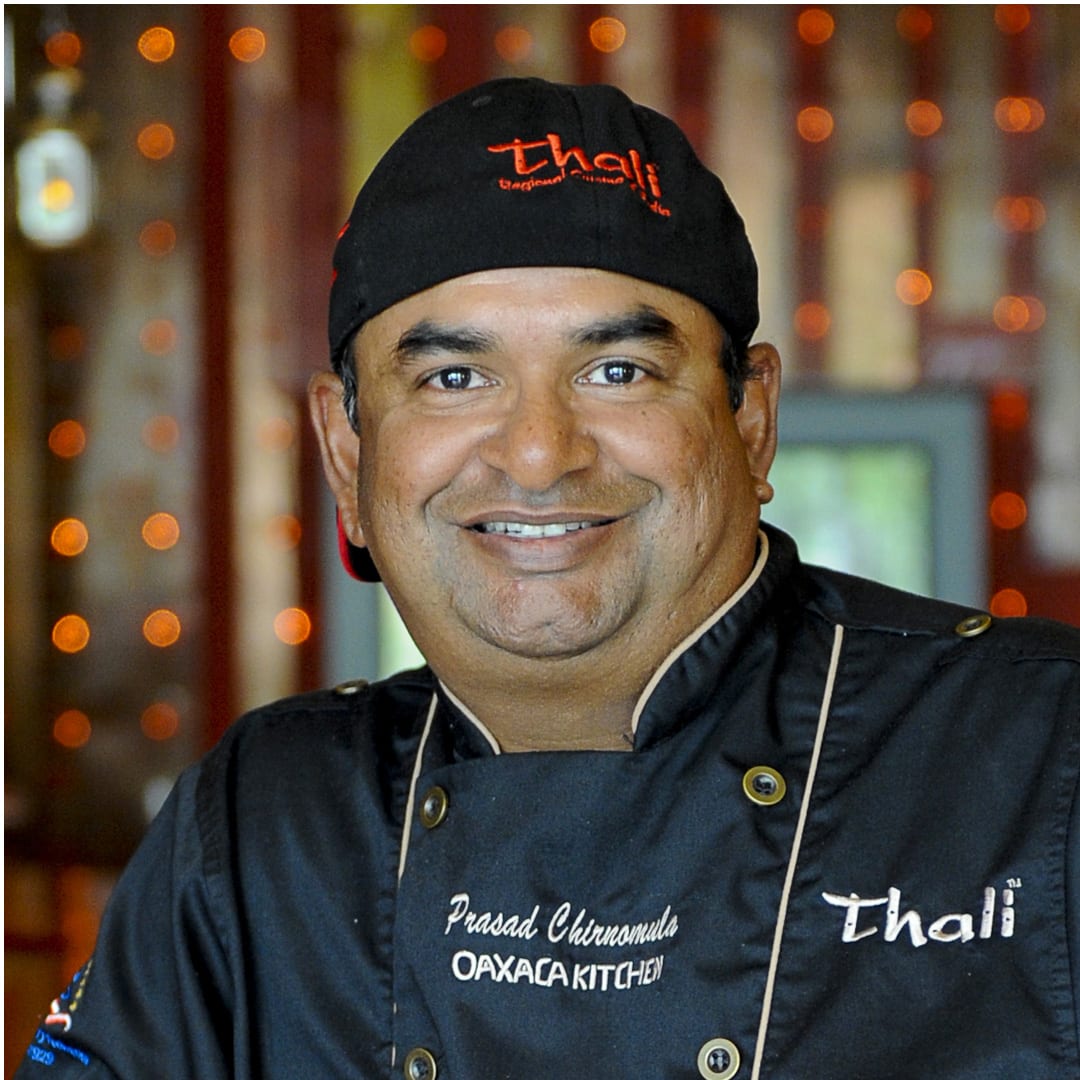 Chef Prasad Chirnomula, who owns several restaurants in Fairfield and New Haven Counties, will open Thali in Blue Back Square later this year. 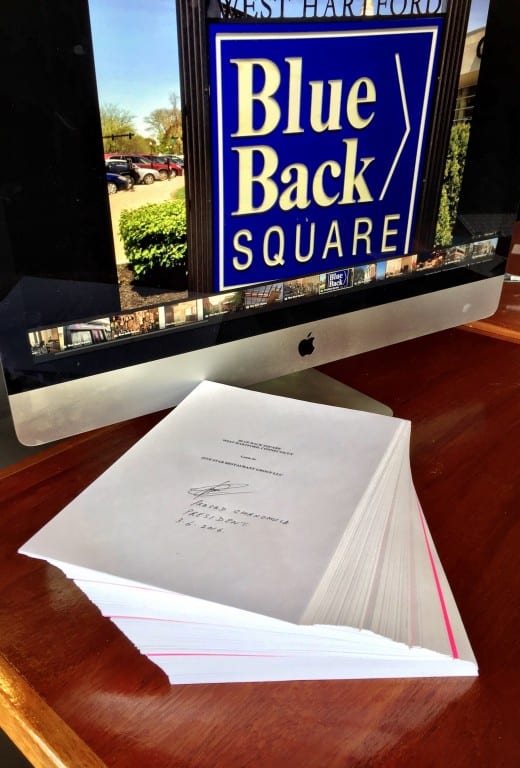 Farm-to-table will be available with an Indian twist in West Hartford by late summer or early fall courtesy of Chef Prasad Chirnomula, who will bring his unique “Thali” brand from Fairfield and New Haven County to Blue Back Square.

“West Hartford has been on the radar for a long time,” Chirnomula said. He said that he has met people from West Hartford who travel to eat at Thali in New Haven, and he gets quite a few calls from this area for catering.

Chirnomula said he started exploring the West Hartford market about three years ago, and has looked at several spaces on Farmington Avenue and LaSalle Road. When he learned that his friend Tyler Anderson, owner of Millwright’s, was planning to partner with Jamie McDonald of Bear’s Smokehouse to open Cook and the Bear in Blue Back Square, Chirnomula thought the restaurants would be great neighbors.

Thali will be located on Memorial Road in Blue Back, right next to Cook and the Bear, and both restaurants plan to open in late summer or early fall. “We cook a good pot of soup together,” said Chirnomula, who is very excited about the location. “I think together we can have a good draw.”

The concept for Thali is a new twist on Indian food, a blending of classic flavors with a modern farm-to-table approach focused on small plates. “It will be the best of both worlds,” he said.

Chirnomula is still finalizing the menu, but said it will be similar to the planned menu for “India” which will launch in New Canaan on April 4. That menu will feature dishes such as “Ghee Roast Lamb Kabab with Tamarind and Mint Chutney rolled in a Roti,” “Hand-Pulled Chicken Wings 65 in a spicy marinade,” “Fish and Chips with red chili tomato chutney,” and “Barbecue Pulled Duck in a Phulka (Roti) with spicy orange mustard.” 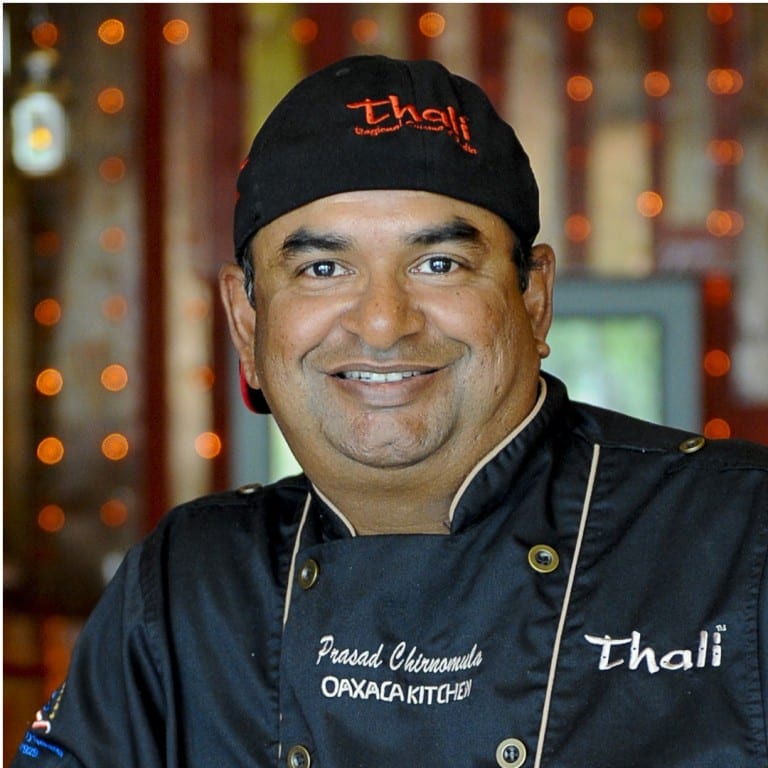 Staples such as masalas, vindaloos, kormas, kababs, biryani, and tandoori breads will also be on the menu.

“I try to do something people have not done, and always try to come up with something new,” Chirnomula said. His food emphasizes the distinct and unique flavors of all four regions of India. Everything will be made from scratch with no artificial colorings or preservatives, he said.

“It will be a fun and casual restaurant,” said Chirnomula. Prices will be moderate, and he anticipates small plates in the $8-$18 range, classics priced in the high teens, and signature dishes priced in the mid-twenties. The restaurant will also feature a good selection of beer and wine, and classic cocktails with an innovative flair.

Catering and take-out, as well as delivery service, will also be key components of the new restaurant. “Indian food travels well,” Chirnomula said.

Blue Back Square Marketing Director Elizabeth Zigmont, who confirmed that the lease was signed this week, said she is “super-excited” about Thali’s planned opening, and said it will be a good complement to Cook and the Bear.

Chirnomula said that West Hartford has the clientele he targets. “There is a well-traveled, well-educated crowd. They will enjoy this experience.”

Blue Back Square’s nightlife is also appealing, and Chirnomula hopes to capture the late-night dining crowd. The proximity of the Delamar West Hartford Hotel, which will open in 2017, was also a positive factor.

Thali will be taking over the space currently occupied by Moe’s. Director of Community Services Mark McGovern said at the Chamber of Commerce’s Economic Development luncheon Thursday that Blue Back Square is going to be working with Moe’s to relocate to another storefront in the district.

Chirnomula opened his first Thali restaurant in New Canaan 18 years ago, and has since expanded to New Haven and Ridgefield. The original New Canaan restaurant closed late last year but is reopening in a new location under the name “India” on April 4, with the farm-to-table concept he will bring to West Hartford. Chirnomula also owns the highly-regarded Mexican restaurant Oaxaca Kitchen in New Haven.

Chirnomula is a native of India, who was always passionate about food and studied to become a chef despite his family’s wishes that he become a doctor. After working at the Ritz Hotel in Hyderabad, he moved to the United States in 1986, and worked his way up through the industry from busboy at a Long Island restaurant to eventually cooking at a restaurant in Manhattan before opening his first New Canaan location.