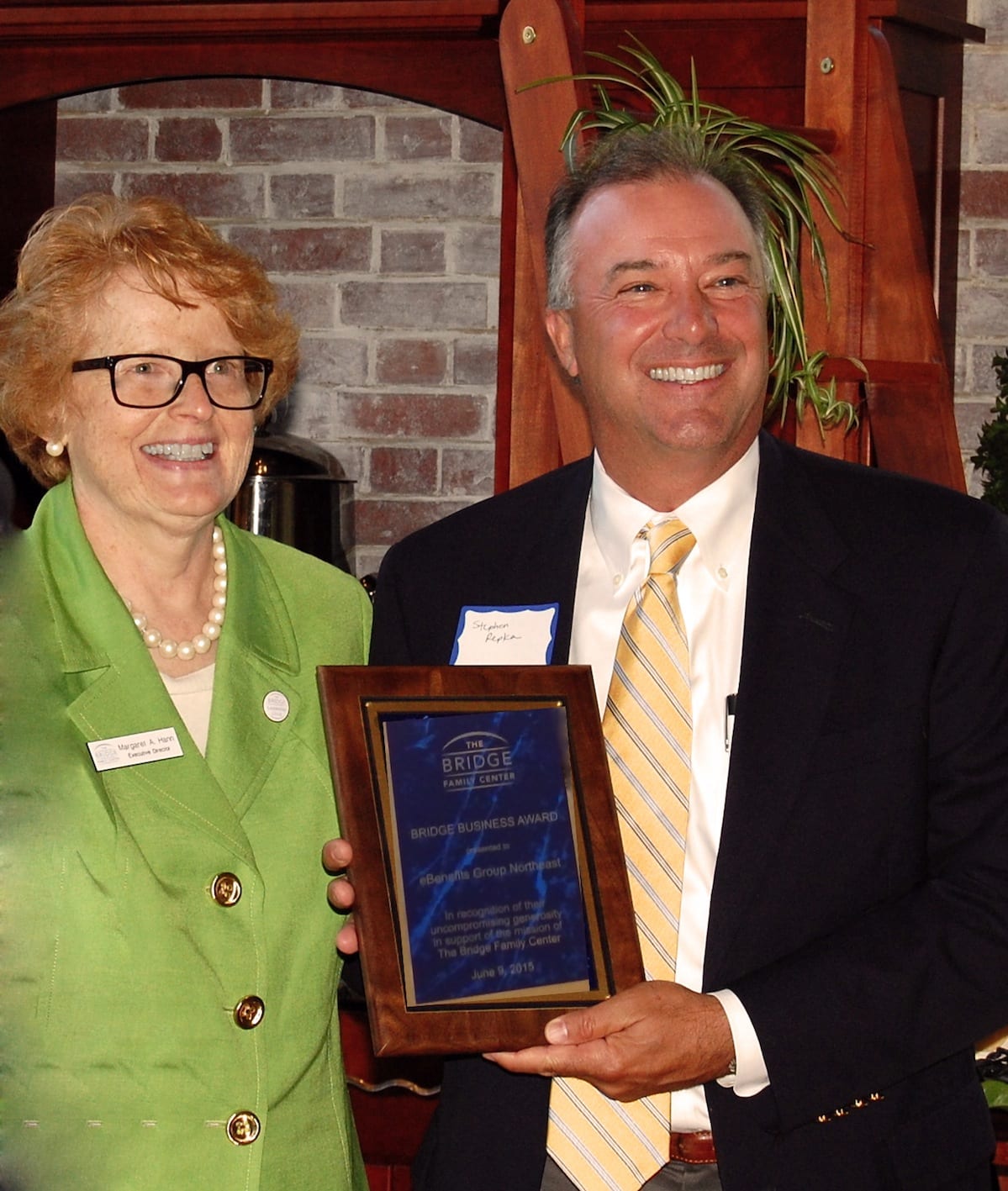 The Bridge celebrated a successful year and presented the 10th Annual Bridge Business Award at the Annual Meeting. 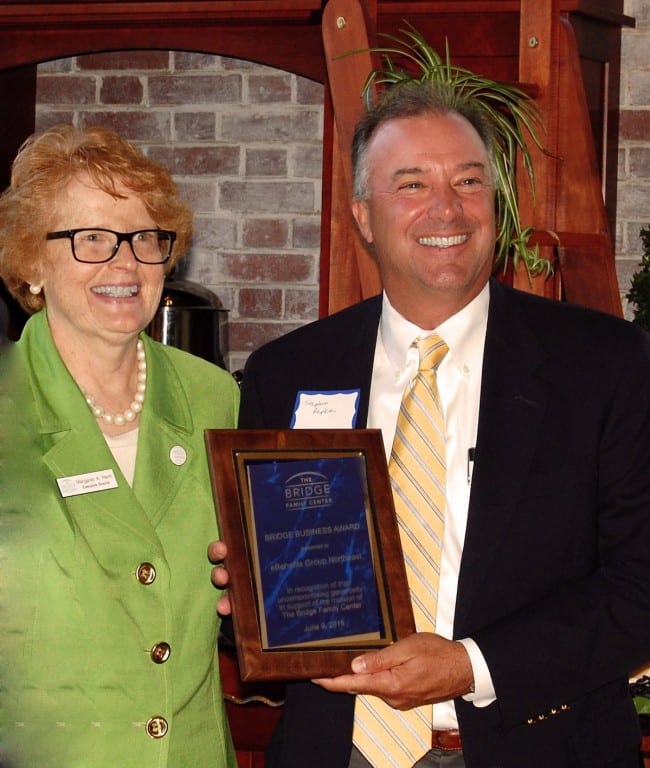 The Bridge held its annual meeting on Tuesday, June 9 ,at the Pond House Café. Bridge board members, staff, and friends gathered to celebrate another successful and productive year at the Bridge.

Executive Director Margaret Hann shared highlights from the Bridge’s 46th year. The Bridge recently opened its third mental health clinic, Bridge West, in Avon, to serve the Farmington Valley area. She also noted that the residential programs at the Bridge continue to provide counseling and shelter, among other services, to homeless youth.

The Bridge’s Family Resource Center (FRC) at Charter Oak Academy launched a new program, Baby Bookworms, a two-generation program that introduces families to the importance of interactive read-alouds and building vocabulary by reading as early as infancy. The program is supported by generous donor-advised funds through the Hartford Foundation for Public Giving and Berkshire Bank. Hann also said that the FRC will occupy a prominent place in the new Charter Oak Academy building in the fall of 2016.

“We are meeting or exceeding our fundraising goals,” said Hann. “The Children’s Charity Ball was once again a huge success, raising over $240,000. We are fortunate to have the support of our many donors, the Bridge Board of Directors, volunteers, and staff. The Bridge looks forward to a bright future built on a strong foundation of courage and strength. Our focus remains to keep children and families at the center of our work.”

During the event, Hann presented the 10th annual Bridge Business Award to e-Benefits Group Northeast for its continued support of the Bridge mission. Accepting the award on the company’s behalf was Stephen J. Repka II, co-founder and principal of eBenefits Group, an employee benefits package company serving businesses, non-profits, and municipalities.

“Steve and his staff are amazing partners,” said Hann. “They are responsive, fiscally thoughtful, and above all, patient with our many employees. Steve has a way of making the most complicated insurance issue seem simple without ever making any of us feel less than intelligent.”

Since 2010, e-Benefits has donated over $24,000 to support the work of the Bridge through their sponsorship of the Children’s Charity Ball. Repka attends the Ball, and most recently proved his continued commitment by joining the Bridge Leadership Circle—a group of donors who pledge $1,000 or more to the Bridge for three years.

Development Director Martha Rennie recognized Builders for the Future, the Bridge’s planned giving donors. She also presented special pins to new members of the Bridge Leadership Circle and thanked all for their generous and abiding support.

Bridge Board President Robert Laurie, a partner and litigator at Seiger, Gfeller, Laurie, LLP, spoke with humor and heart about his time at the Bridge as he passed the presidential baton to Mary Butler, the incumbent board Vice President. Butler has served the Bridge for more than 15 years in numerous capacities including volunteer, ball committee member, board Vice President, and now President. After accepting her new role, Butler made promises of a bright future and continued commitment to the Bridge and to the communities it serves.

The Bridge Family Center, a nonprofit founded in 1969 to meet the needs of West Hartford community youth, is a comprehensive, regional nonprofit agency offering a broad range of services to children, youth, and families in the Greater Hartford area. Bridge counseling offices are located in West Hartford, Rockville, and Avon. For more information, call 860.521.8035. 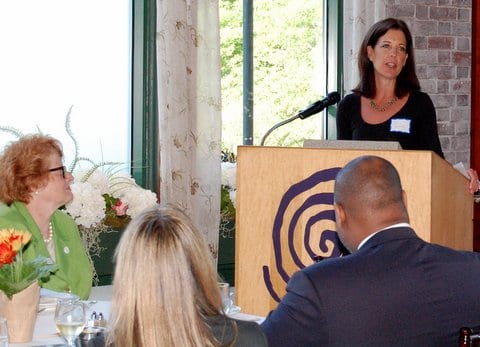 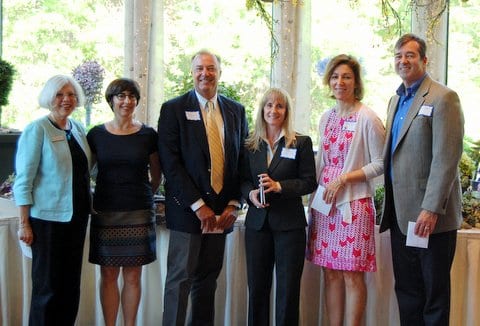 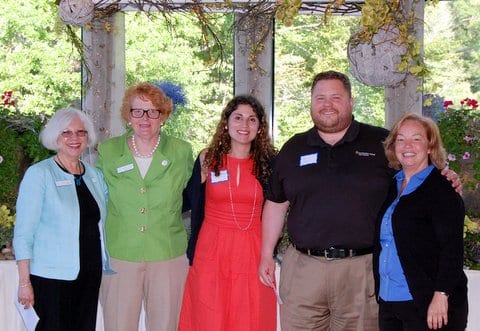 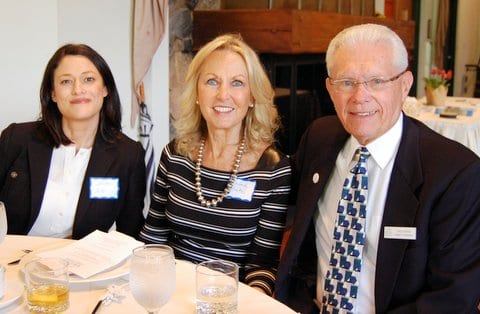 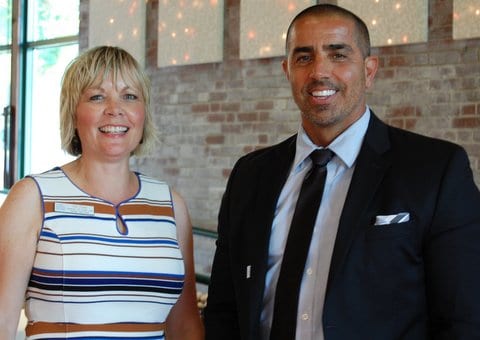