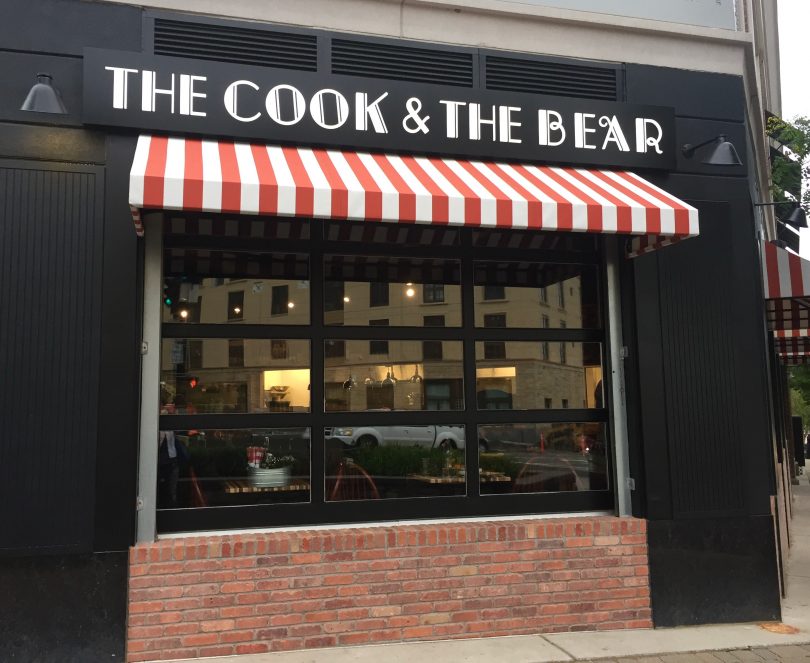 The Cook and The Bear, which opened in Blue Back Square two years ago, will close on July 14.

The Cook and The Bear announced Tuesday that it will close the doors of its Blue Back Square restaurant for good on Sunday, July 14, exactly two years after opening.

The following was posted on the restaurant’s Facebook page late Tuesday afternoon: “We would like to thank all of our loyal customers, staff and everyone else who made this incredible journey possible. Please join us for our last weeks of service to enjoy one last Chicken & Waffles, Allentown Cheesesteak, cocktail or weekend brunch. All gift cards will be honored until July 14th. All questions can be directed to [email protected].

Co-owners Tyler Anderson, A.J. Aurrichio, and Jamie McDonald informed staff at a meeting on Monday. They have committed to relocating all staff members to one of their other restaurants.

Anderson, together with Aurrichio and Tim Cabral, have just opened High George, a new rooftop restaurant at the Blake Hotel in New Haven last month. Chef Ashley Flagg, who had been executive chef at Grant’s in West Hartford, has been hired as chef.

Anderson is also owner of Millwright’s in Simsbury and co-owner of Porron&Pina at the Goodwin Hotel in Hartford.

McDonald has continued to expand Bears Restaurant Group and the Bears Smokehouse brand and also owns the Blind Pig in Hartford.

“We are very grateful to everyone and our wonderful staff that helped build our concept,” Anderson said in a news release. The concept of “The Cook & The Bear,” which began as a pop-up, was a unique blend of Anderson’s flair for fine dining cuisine and McDonald’s casual barbecue.

In a joint statement, Anderson and McDonald said that “Strategically, it was determined that both an expansion and additional investment would be necessary to continue further growth.”

Please check back with We-Ha.com for additional details.