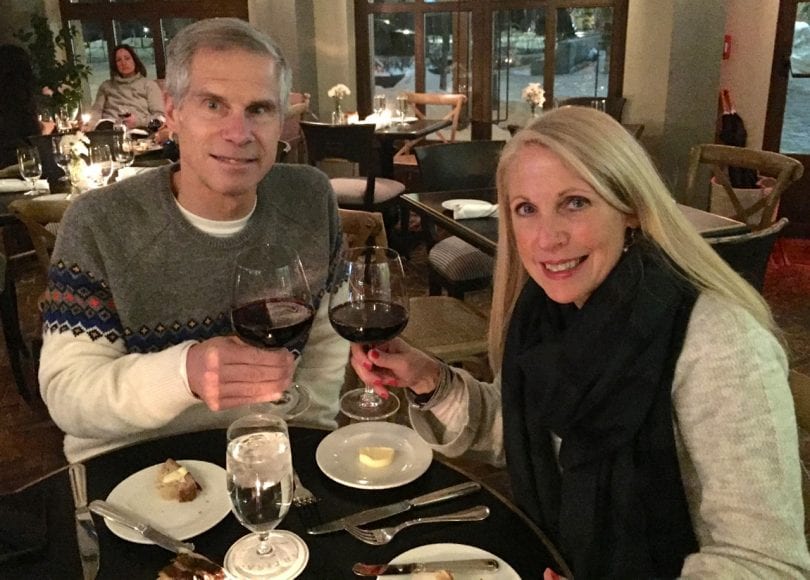 Our staycation at the Delamar West Hartford Hotel began with drinks and dinner at Artisan.

An overnight at the Delamar West Hartford Hotel, with a visit to the spa, is a delightful getaway. (Full gallery of photos below.)

I had been to the Delamar West Hartford Hotel multiple times before my husband and I checked in last Friday, but even though I had toured several of the rooms, taken tons of photos, and dined at Artisan, spending the night was a whole different experience. 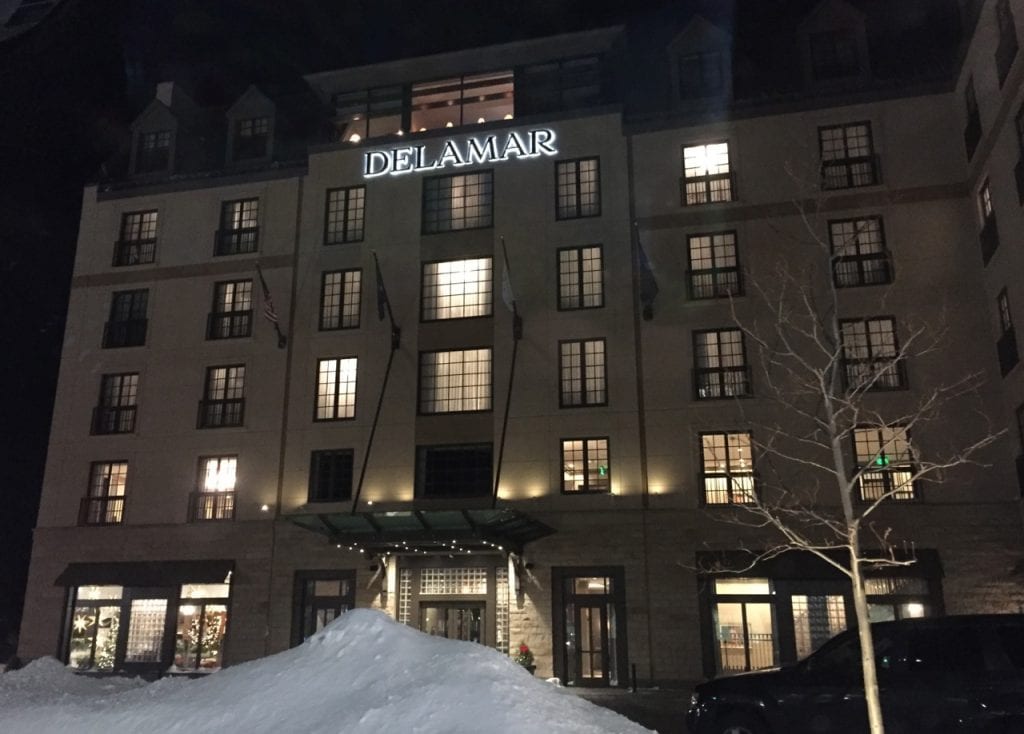 I didn’t really want to leave the house, although it wasn’t really all that warm in my house either, where the radiators and ancient furnace struggled to keep up with the single degree air temperature and sub-zero windchill outside.

We ventured out for the 1.5-mile drive.

Valet parking is a wonderful thing, and I’m not saying that just because my son is a part-time LAZ Parking employee. Ted and I pulled up in the circle in front of the Delamar West Hartford, surrendered the key fob, a gracious employee held open the door, and 10 steps later the two of us and our bags were inside the warm lobby. I was wearing my fuzzy boots (which I had been wearing for days in an attempt to keep my feet warm), but I didn’t need them again until I checked out.

We were offered a glass of champagne and given the key to a suite, which was not only nice and warm but luxurious and perfectly-appointed in an understated and sophisticated way.

I’m not pretending to be a travel writer, but I’ve done a good bit of traveling and in my past career I had clients all over the country and a generous expense account – so I have stayed in some very nice hotels like the Arizona Biltmore, Canyon Ranch in Tuscon, Fairmont in San Francisco, Mayflower in Washington, Marriott Desert Springs, LaQuinta Resort (Waldorf-Astoria) in Palm Springs, and several Ritz-Carlton hotels, to name a few. It’s exciting that right here in West Hartford we now have a hotel that measures up favorably to any of those – the facility as well as the amazing level of service we received from every single employee! 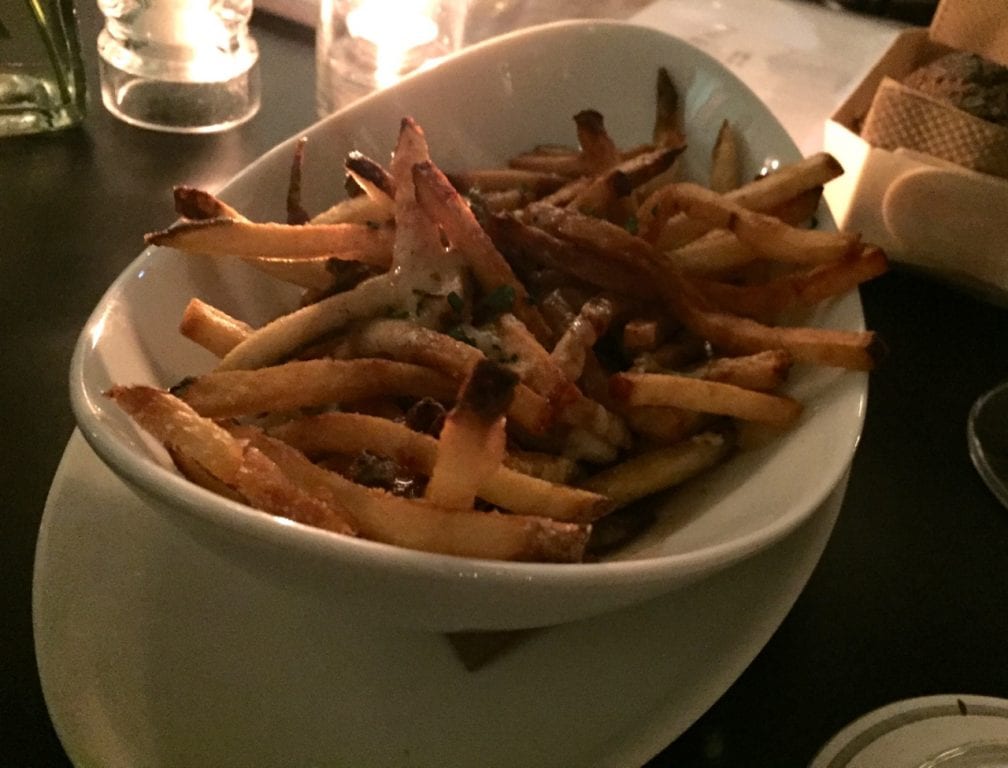 Of course we had to try the poutine at Artisan! Photo credit: Ronni Newton

We didn’t want to miss Social Hour, so we dropped off our stuff pretty quickly and headed downstairs to Artisan. I did change out of my fuzzy boots into some nicer footwear, and it was great to leave our coats, hats, scarves, and mittens behind.

The fire was roaring inside the Tavern at Artisan, the atmosphere warm and comfortable. We enjoyed a couple of glasses of red wine – Malbec for me and Rioja for Ted.

We couldn’t resist sharing the poutine as an appetizer. It’s a dish we last ate in Quebec years ago, and I for one was glad that Artisan’s version took a much lighter touch with the cheese. We gobbled up every bite, and the entire basket of bread. (We’re runners. We like our carbs.)

Ted was in the mood for a more casual dinner from the Tavern menu while I wanted something a bit fancier from Artisan’s regular menu, and the good thing about dining in the Tavern space is that we could order off either menu.

Ted thoroughly enjoyed the Chatham Cod Fish & Chips (served with wedge fries, seasonal slaw, and remoulade). I sampled the fish, which was perfectly crisped on the outside, and stole a few fries. Both got a thumbs-up.

I eat almost anything and had trouble deciding what to order, but figured I would choose something that Ted could also sample and he is allergic to shellfish. My choice of the Buttercup Squash Ravioli (with wilted baby kale and sage brown butter) was perfect – a delicate and at the same time hearty comfort dish on a cold night. With Ted’s help, we cleaned our plates. 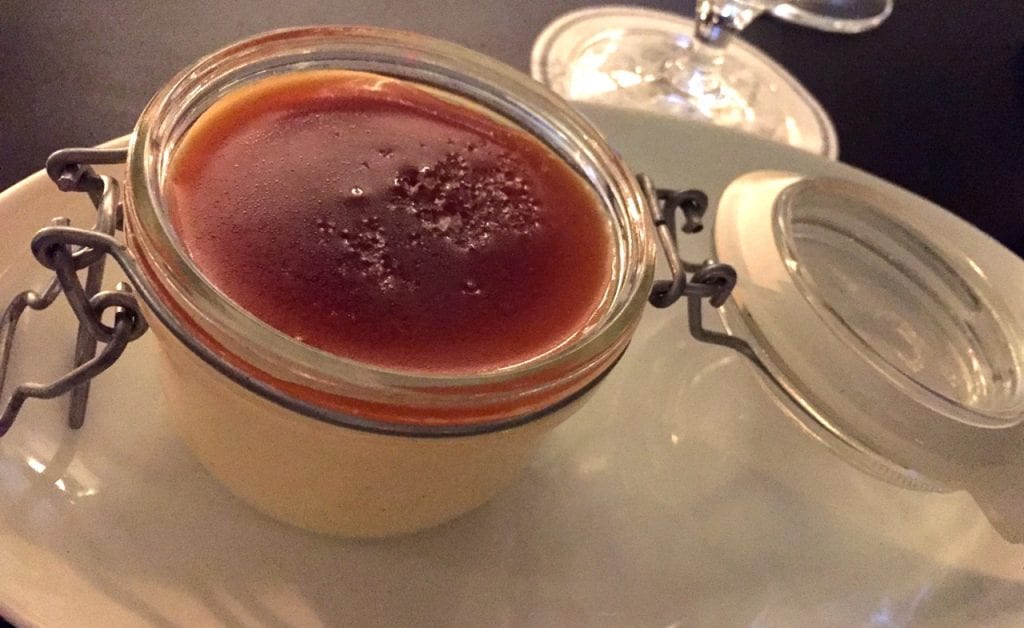 I’m not a big dessert eater, but I do love the salty/sweet combo. “Fluffy” cheesecake topped with sea salt caramel capped off a perfect dinner.

Instead we took advantage of not needing to go outside and spent some time hanging out in the lobby in front of the fireplace. We then relaxed in our beautiful suite where there was no one to bother us – not even a dog needing a walk! (We could have brought her and stayed in one of the pet-friendly rooms, but since our college-age son was home, he took care of dog duty for the night.)

We had a choice of two TVs to watch, both of which accommodated screen sharing from our phones or tablets. The retro-looking radio on one of the nightstands had bluetooth capability and was able to play the music library on my phone. 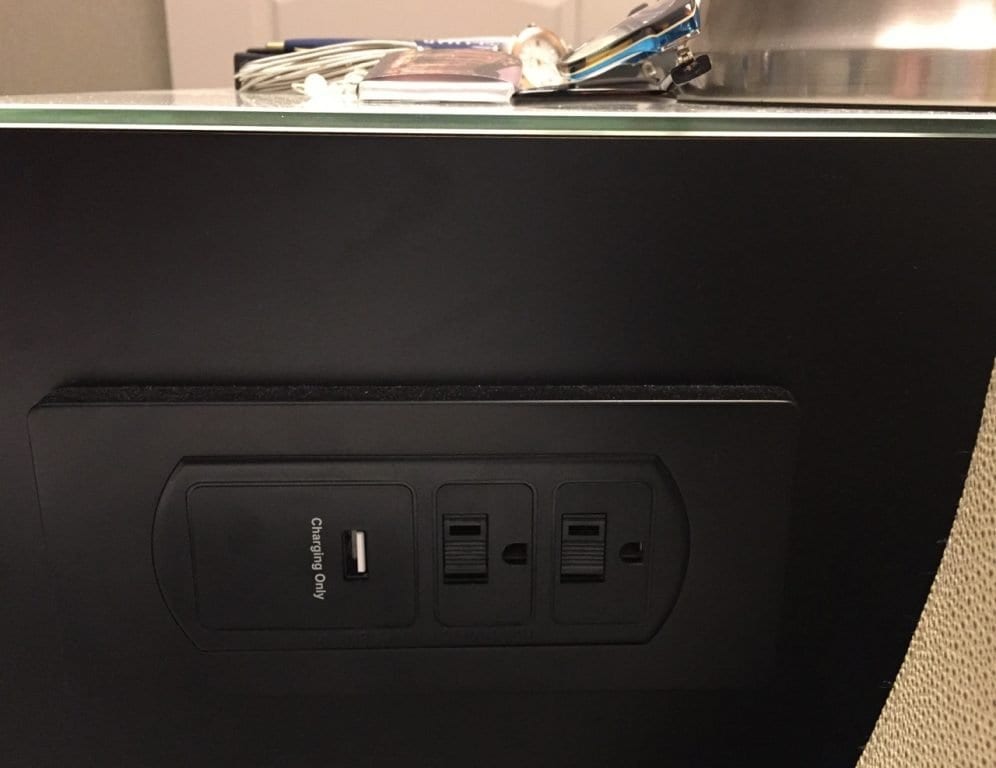 Charging stations are built into the side of the nightstands at the Delamar West Hartford. Photo credit: Ronni Newton

One other point about the pair of nightstands – and to me this was one of the coolest features of the room – was that both had built in charging stations on the side with a USB port as well as two outlets. No digging around behind the bed for a convenient place for overnight phone charging!

Hanging in the closet were a pair of soft robes – and slippers for both of us! The terry slippers came encased in plastic, so we knew they were either brand new or freshly cleaned.

We didn’t need it, but there was also a golf umbrella in the closet.

I’ve been obsessed with the turquoise cabinetry in the Delamar bathrooms ever since I first saw it, and that has not faded after spending time there. I also really like the flooring – which looks like tile but is much softer and warmer. Two of the bathrooms in my home really need makeovers, and I came home with some ideas.

Luxury towels, Bvlgari shampoo, conditioner, shower gel, and lotion, and a small leather box filled with anything one might have forgotten. Like makeup remover pads which came in very handy!

The bed was luxuriously comfortable. The sheets – fine Italian linens with an extremely high thread-count – were as soft as butter. The pillows and white down comforter were fluffy perfection.

I’m still thinking about the fuzzy throw on top of the bed. It absolutely felt like real fur, as soft as a chinchilla. I had to find the label to confirm it was faux! I did take a photo and found the blanket online (Donna Salyers Fabulous Furs) because I just may have to own one.

Continental breakfast is included with a stay at the Delamar, and served in a cozy space off the lobby. As an alternative, breakfast vouchers are worth $10 per person at Artisan.

Ted brought me a coffee (the machine spits out a selection of gourmet coffees or hot chocolate at any time of day or night) before breakfast, and we decided we were still too stuffed from dinner the night before for a full meal so we chose the continental breakfast. Yogurt with fresh granola, fresh-squeezed orange juice, fresh fruit, and a delicious selection of muffins, croissants, and pastries were perfect.

A visit to the spa was another highlight of my Delamar staycation! 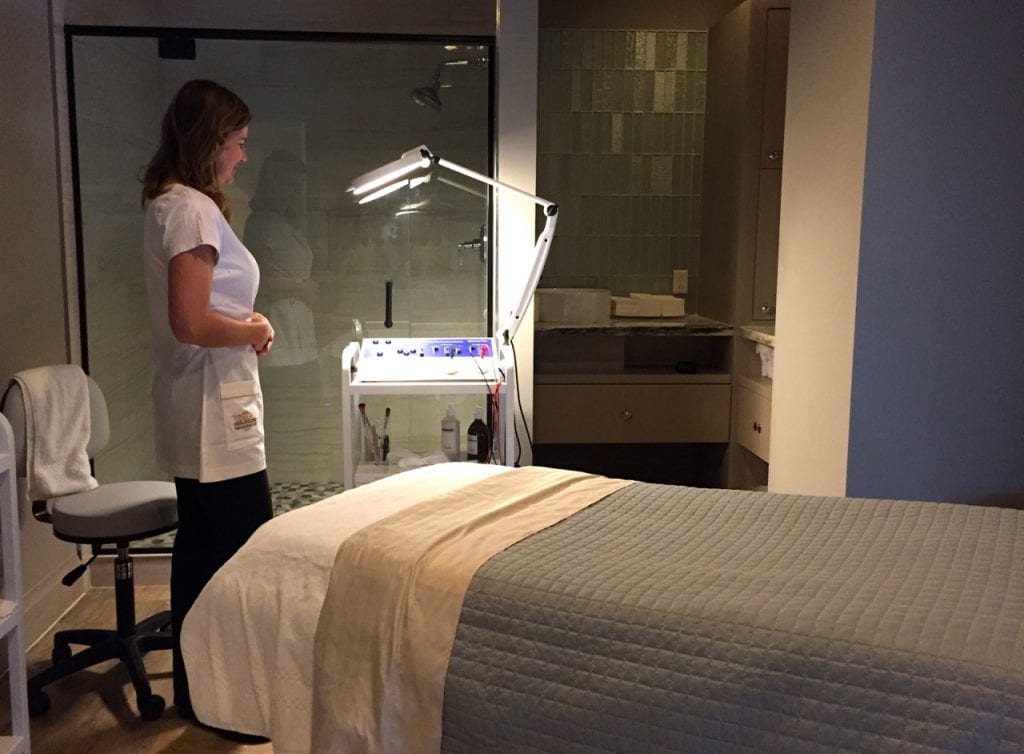 Esthetician Kim Halstead gets ready to give me a facial at the Delamar West Hartford Hotel spa. Photo credit: Ronni Newton

The 2,000 square foot spa, which opened in late November, offers luxury services to Delamar guests as well as non-hotel clientele. Massage (including couples massage), manicures/pedicures, and facials are included on the spa menu. Hotel guests can also receive onsite (in the spa or in their rooms) blow-outs, up-dos, and makeup applications through a unique partnership with West Hartford’s Blo Blow Dry Bar.

I was scheduled for a resculpting facial, which uses a “state-of-the-art bio-electrotherapy Remodeling Face Machine” – which essentially gives a non-invasive facelift that lifts, tones, and sculpts. Before beginning the treatment my esthetician, Kim Halstead – a West Hartford native who was hired in March and trained with Delamar in Southport and Greenwich before this location opened – asked a series of questions.

One question was whether or not I have any “metal” in my body. Sadly the permanent retainer behind my bottom teeth, which I have had ever since I got my braces off decades ago, disqualified me from receiving treatment from the machine. “It’s just a tiny bit of metal,” I begged, but she said that any metal “above the heart” would conduct the electricity from the machine and deliver a very painful shock.

Following a computerized skin analysis – which takes about 10 minutes and is one of the ways the Delamar spa staff can customize treatment to each guest – I was told my skin was in the “very dehydrated” range with low levels of oil on my cheeks but normal levels in the t-zone. (I was happy to get a report of normal lipidic shield, good elasticity, and low pigmentation!)

I got comfy on the massage table, lying on an Amethyst BioMat which kept me nice and warm, and Kim instead gave me a facial using products from the two European brands with which the Delamar spa partners – a Biologique Recherche (France) facial combined with a medical grade Valmont (Switzerland) Regenerating Collagen Mask applied to my face. As a bonus, some of the extra collagen mask product was applied to the backs of my hands. 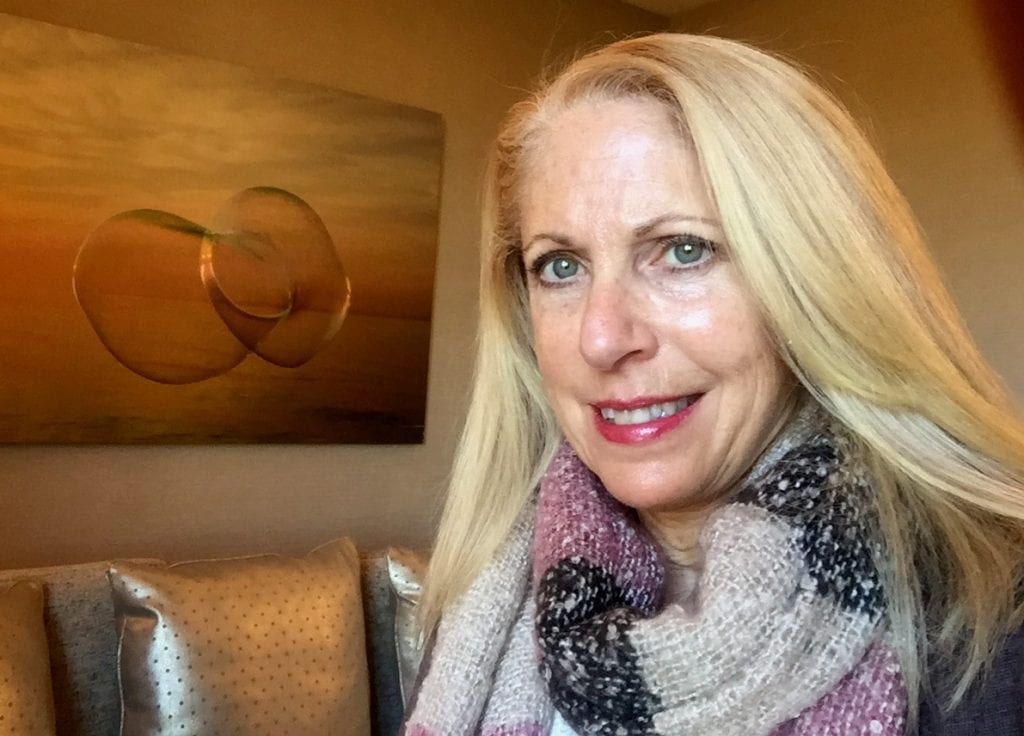 The technique Kim used for the facial, which included “flicking” of the skin in a specified pattern, was something she said she learned during the training. Each skin care company is very particular about the how their product is used, she said.

“Relax, Rejuvenate, and Restore” is the Delamar spa’s tagline, and my skin and I did just that. I went make-up free for the rest of the day (other than lipstick and mascara, which are mandatory in my book except when I am running or working out), and my skin glowed and felt incredibly soft and hydrated. The effect isn’t permanent, but it is long-lasting.

Eventually I had to go home and return to reality (and the cold), but even though I hadn’t traveled even two miles from my home, I felt like I had been on vacation.

Delamar West Hartford has various specials running throughout the winter months, including a “LOCALLOVE” 25 percent discount to area residents that lasts through Jan. 15. There are also “Winter Weekend” specials that include discounts at area boutiques, and a “Stay Sunday” offer. 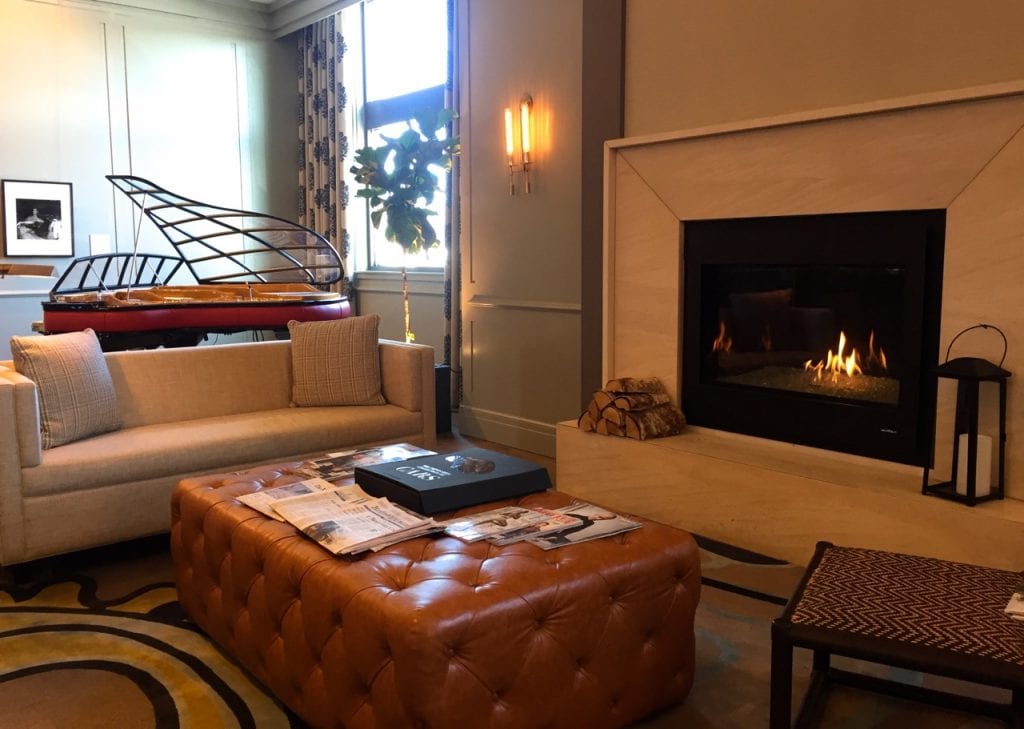 A fire roared in the lobby of the Delamar West Hartford Hotel. Photo credit: Ronni Newton 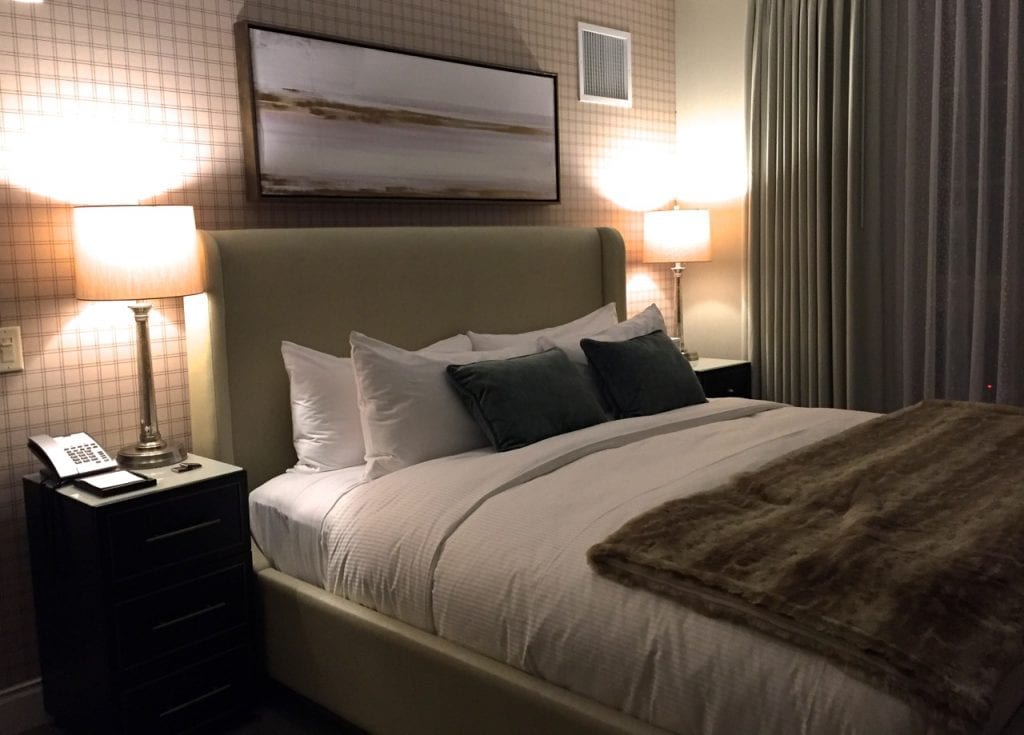 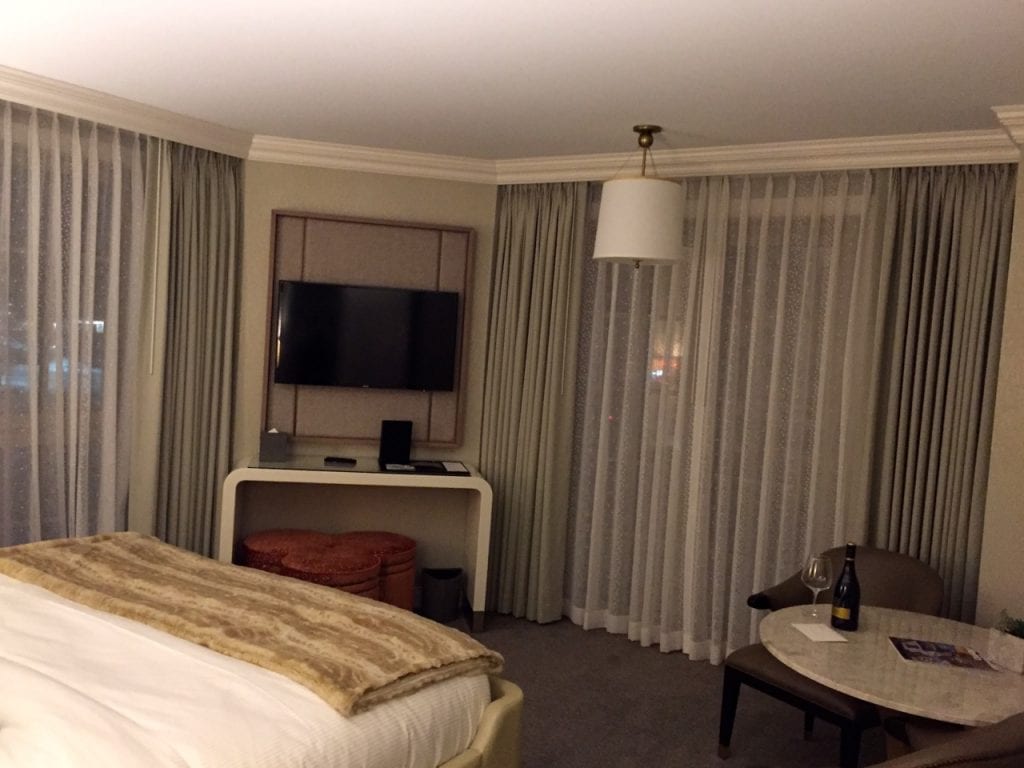 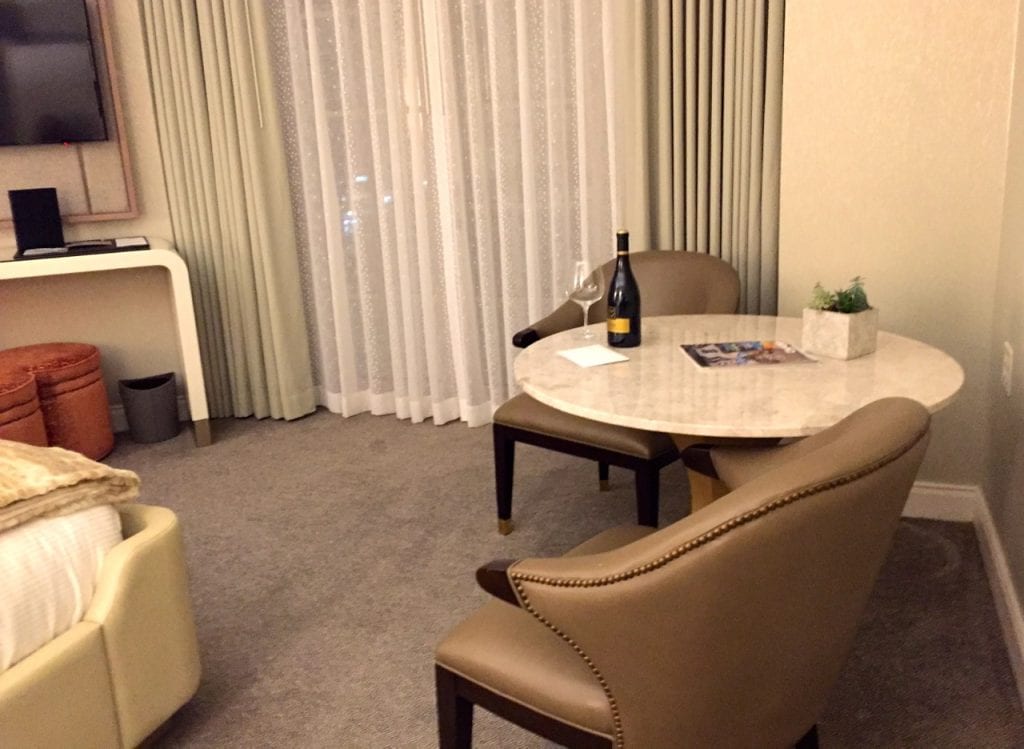 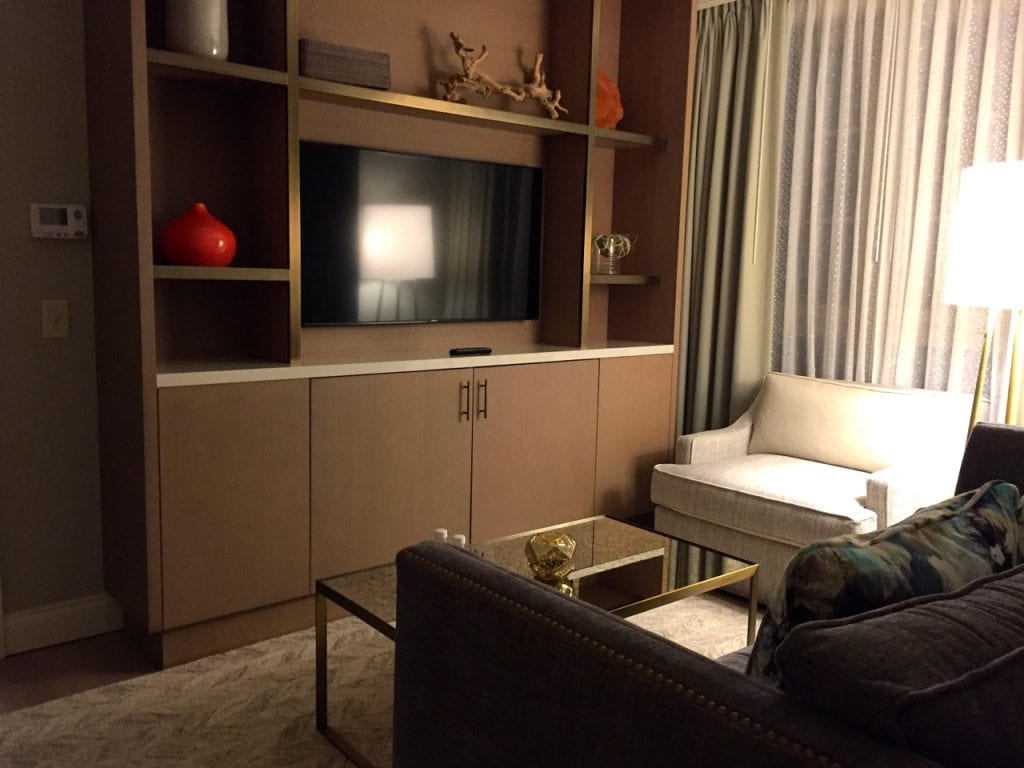 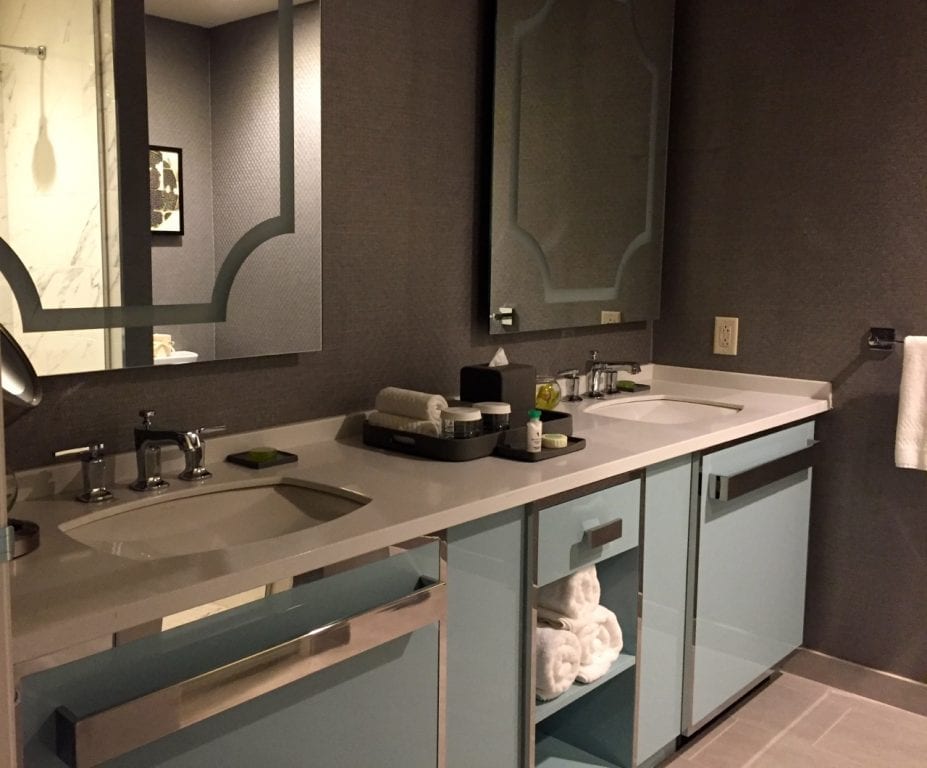 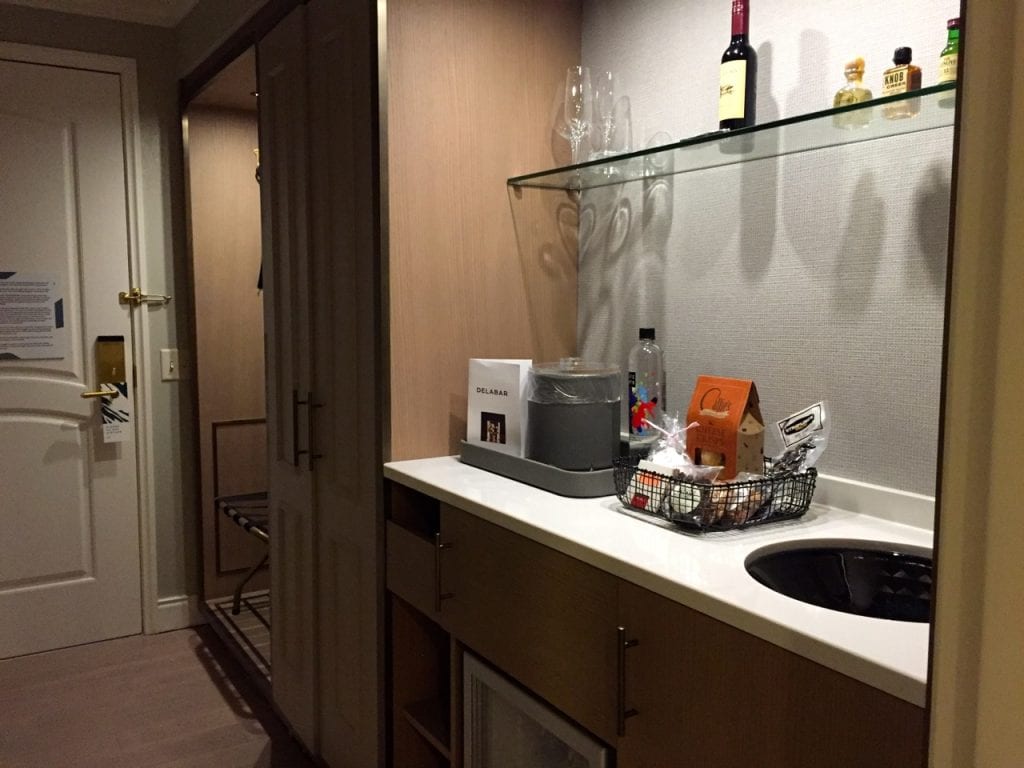 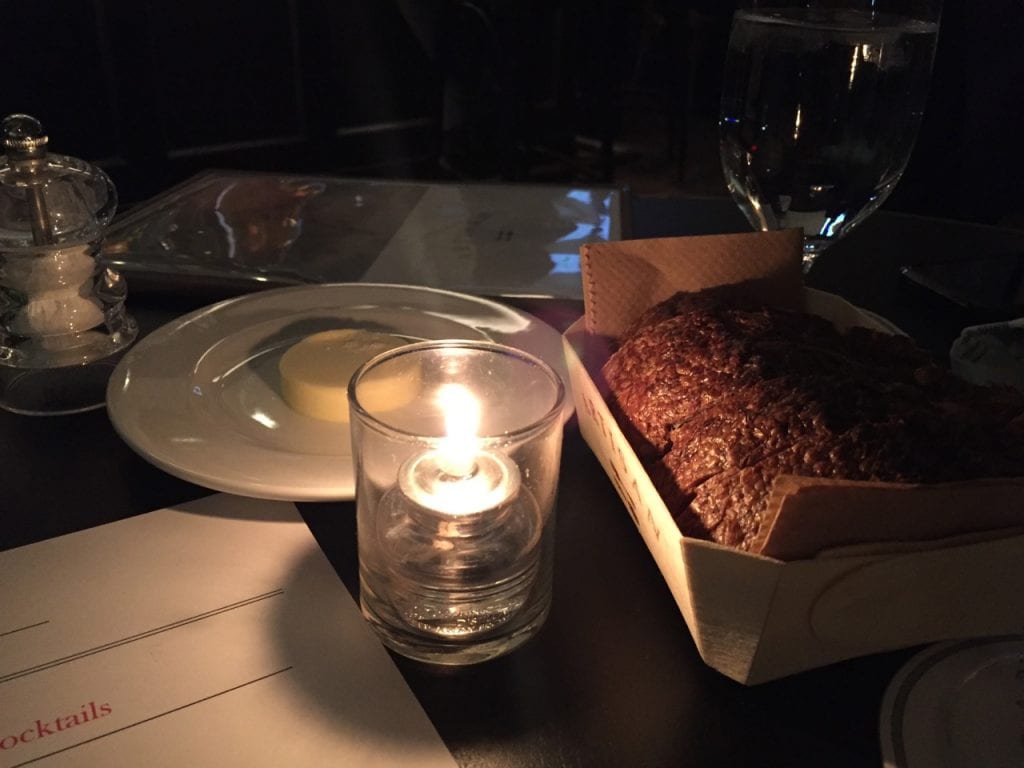 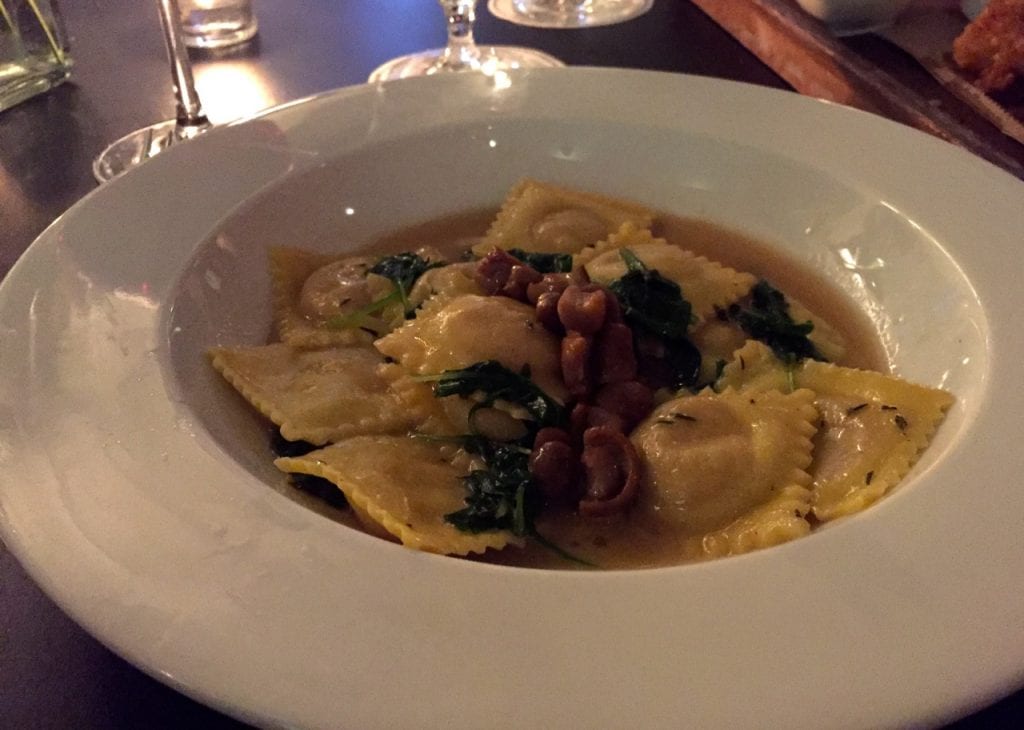 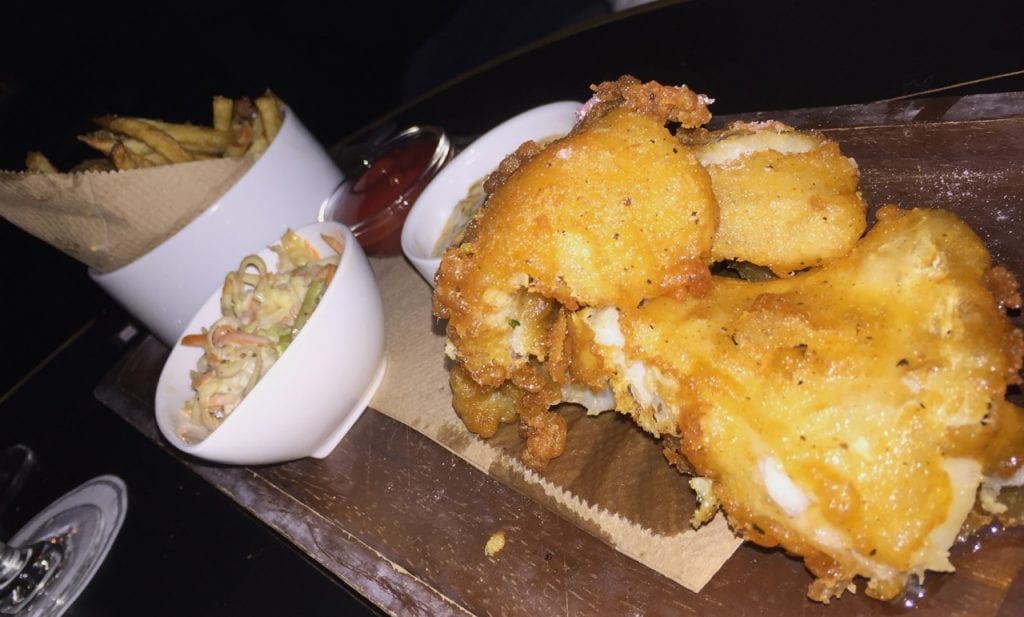 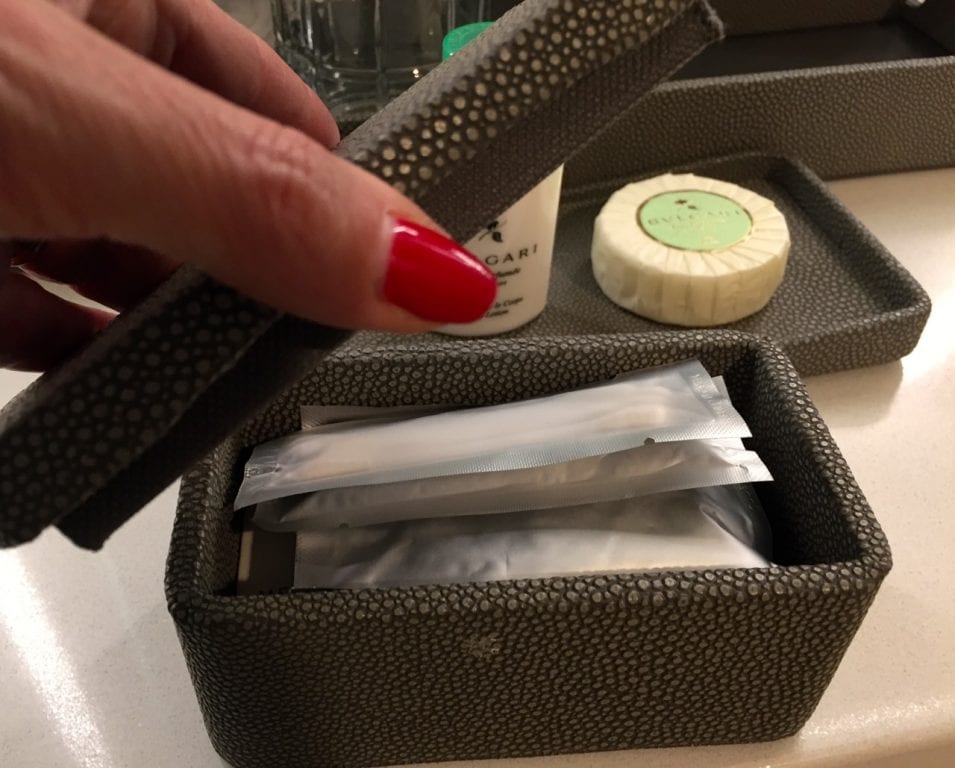 The little things a guest might forget are probably in this leather box in the bathroom of the Delamar West Hartford Hotel. Photo credit: Ronni Newton 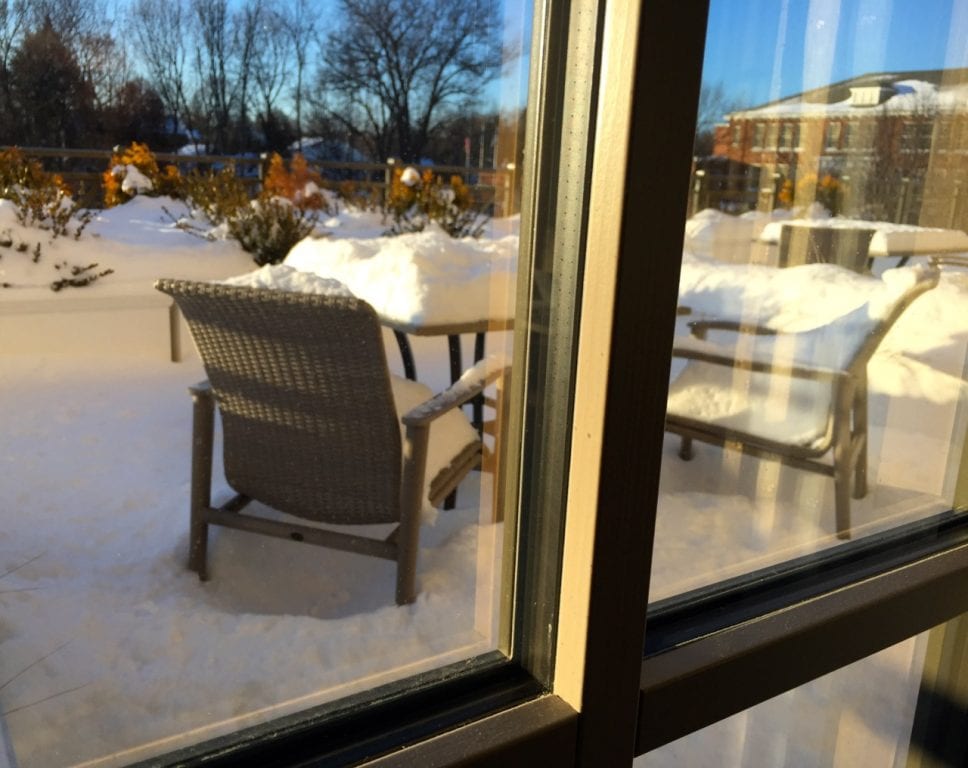 Sadly the patio was out of commission due to a foot of snow, but the view was nice! Delamar West Hartford Hotel. Photo credit: Ronni Newton 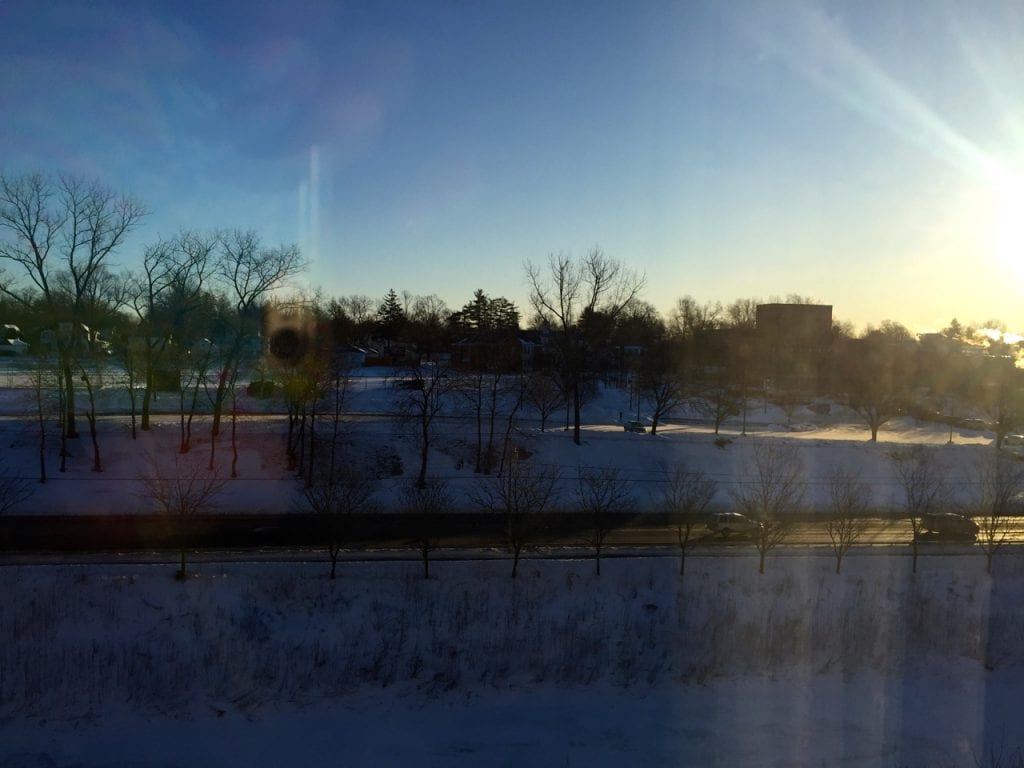 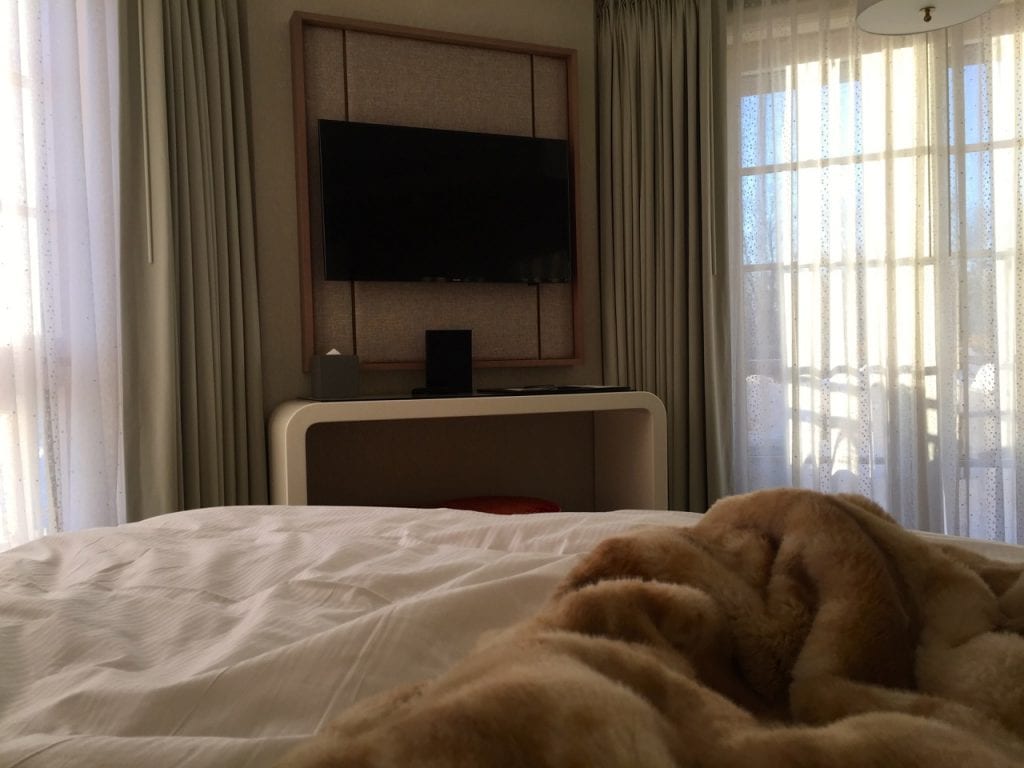 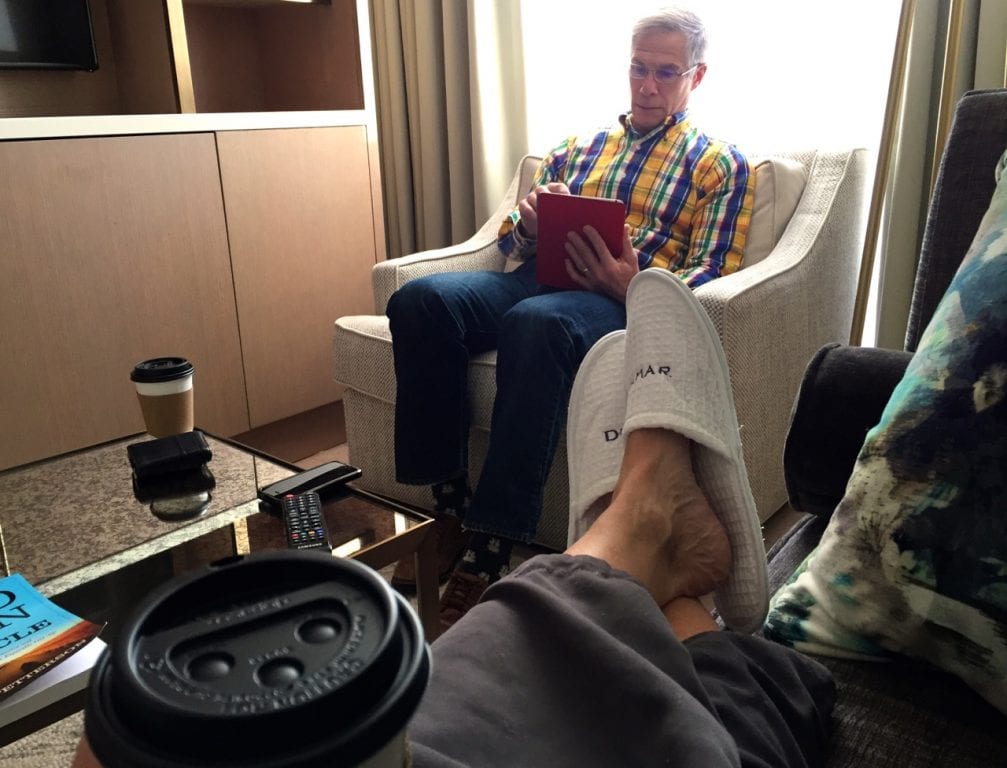 Relaxing before breakfast in the living room of our suite at the Delamar West Hartford Hotel. Photo credit: Ronni Newton 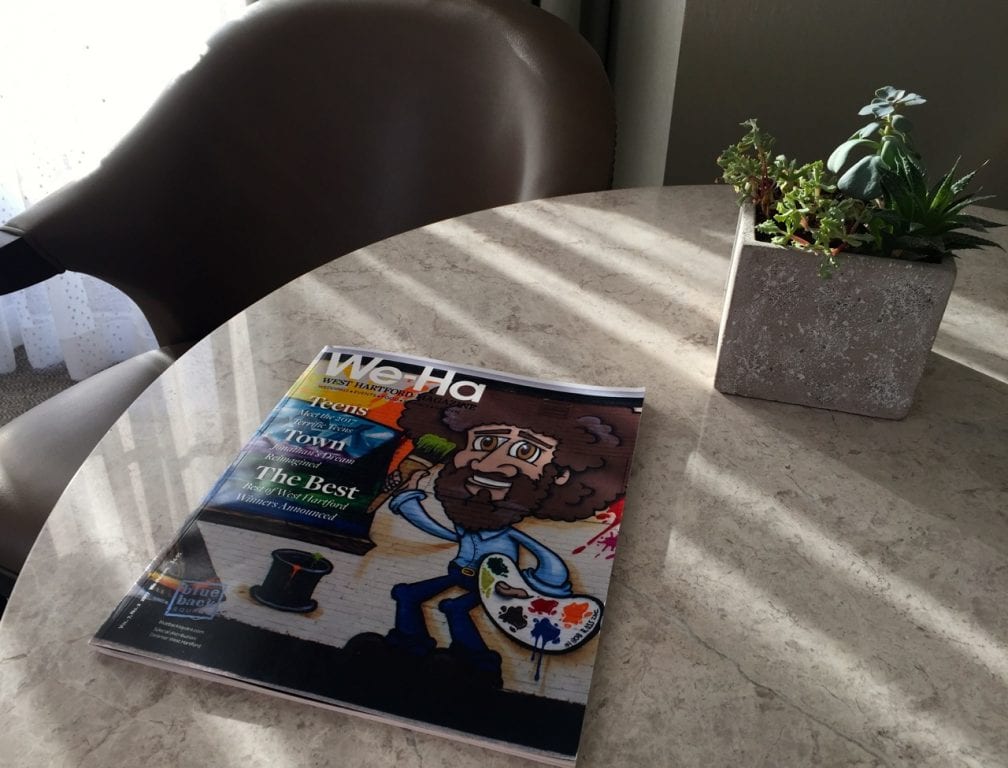 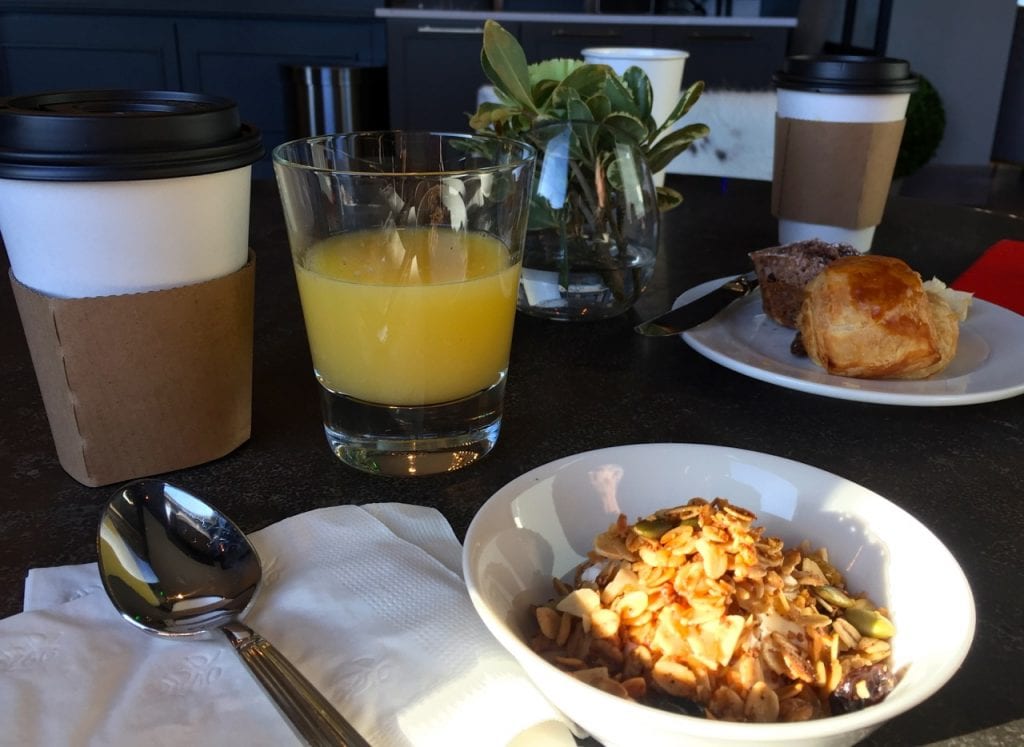 Yogurt with granola and fresh-squeezed orange juice is part of the continental breakfast at the Delamar West Hartford Hotel. Photo credit: Ronni Newton 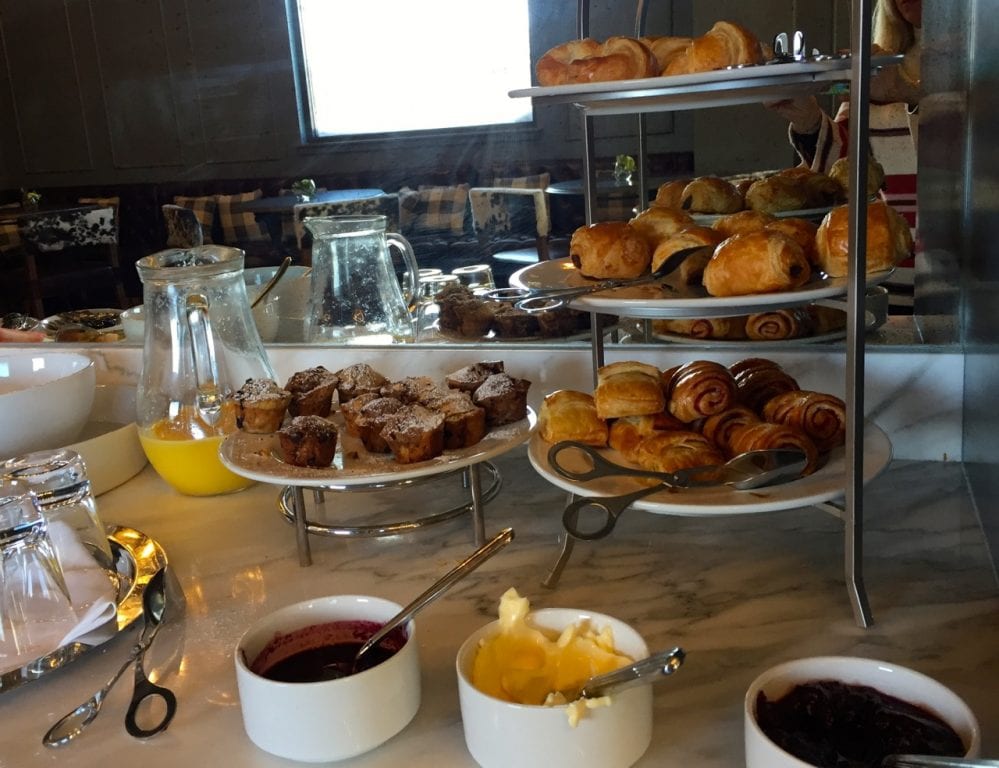 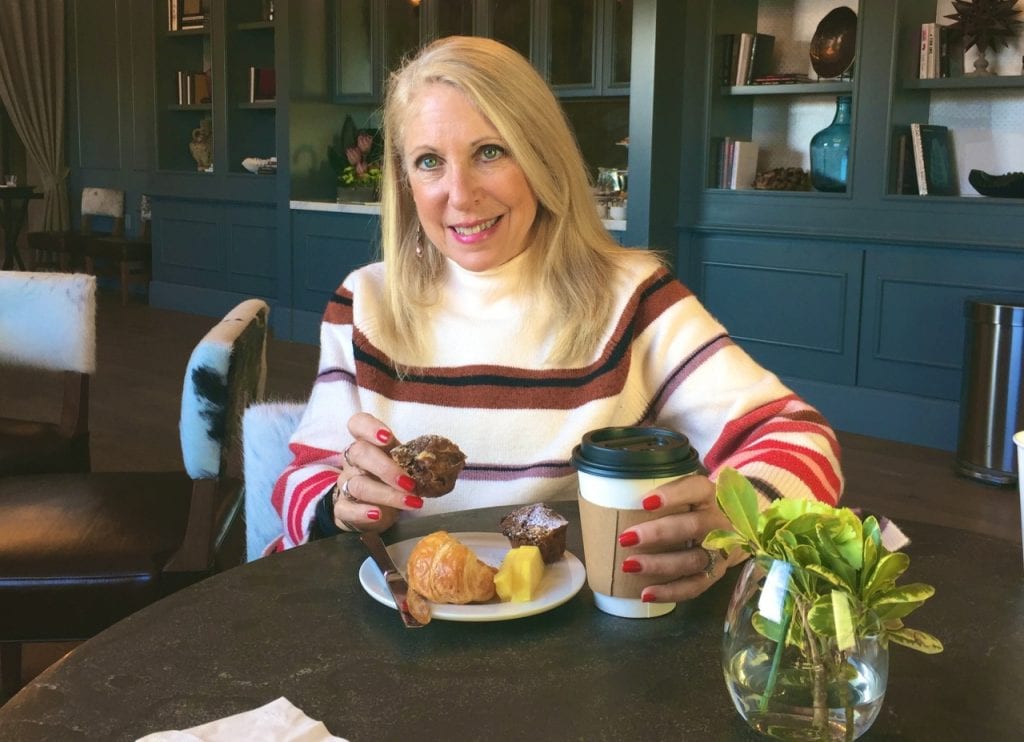 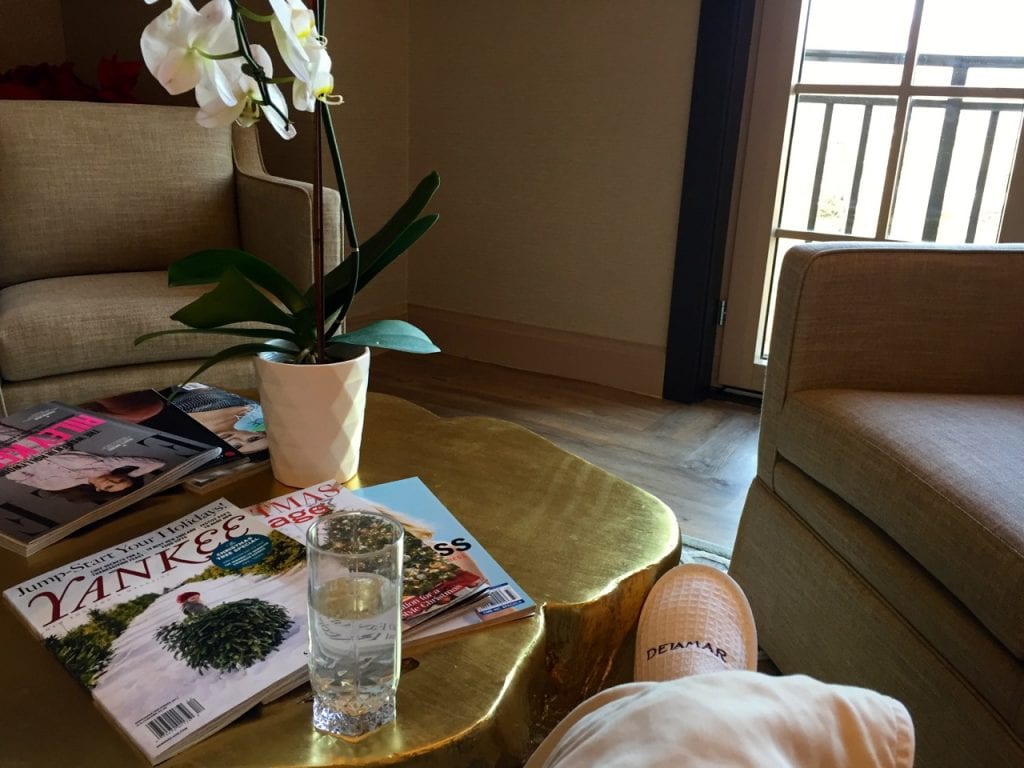 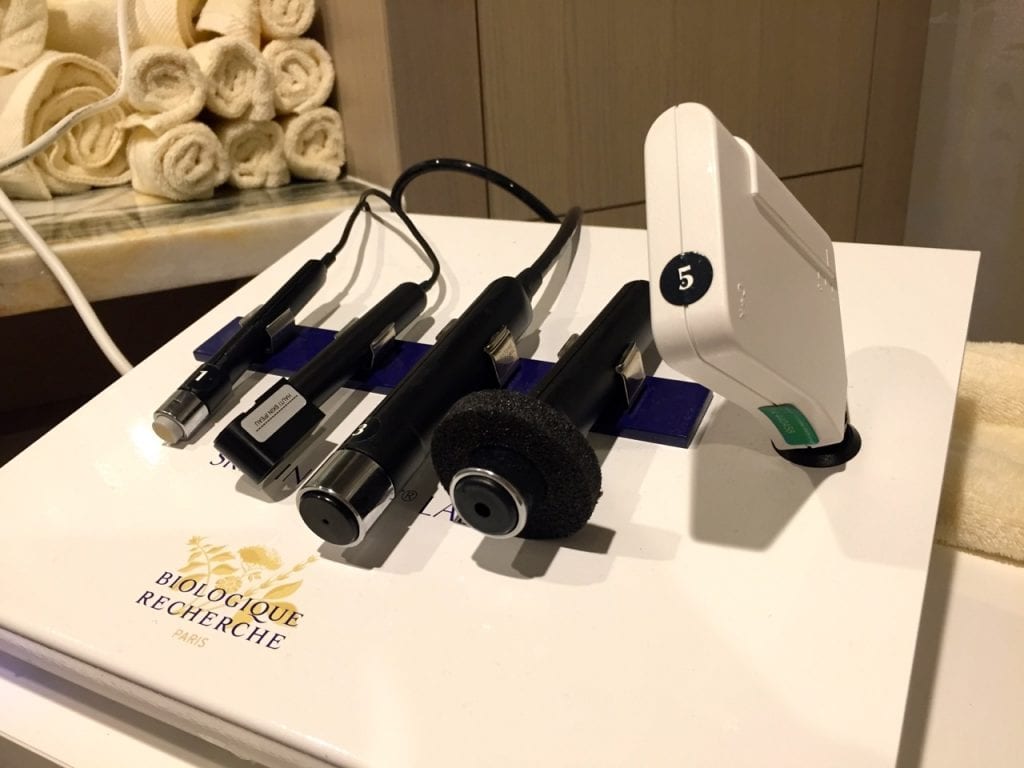