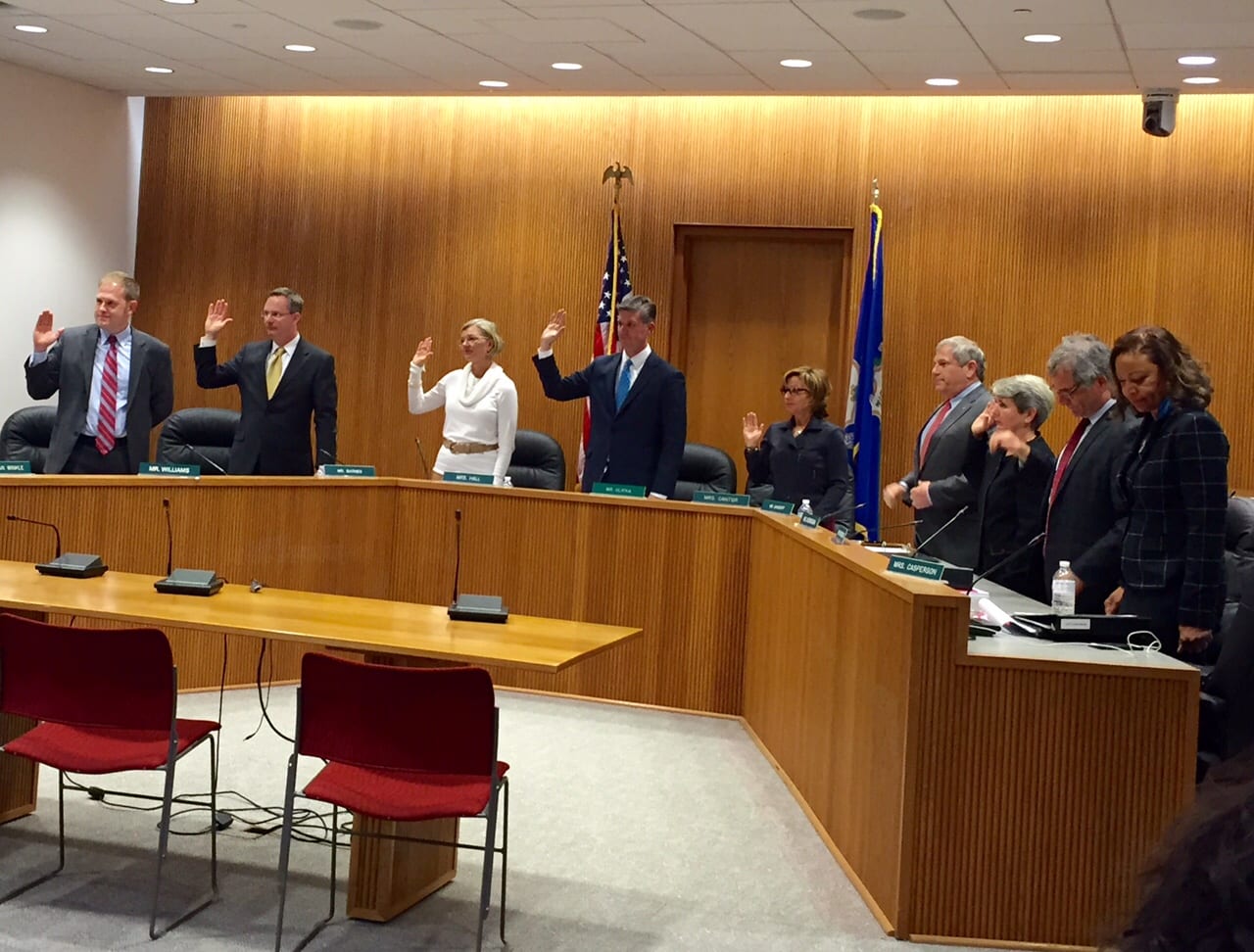 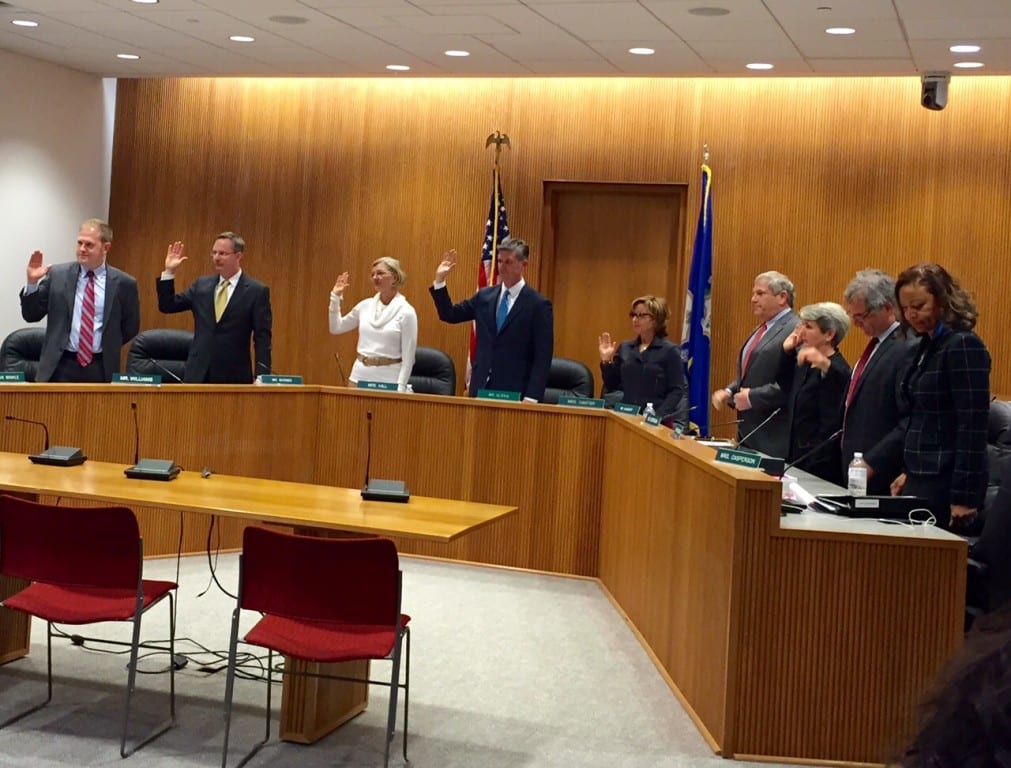 West Hartford Town Council held a “roast” Tuesday night, but all of the comments were positive and exhibited heartfelt respect for outgoing members who did not seek re-election this fall.

The meeting was the last for Republican Burke Doar and Democrats Clare Kindall and Harry Captain, all of whom chose to retire from the Council this year. All received praise for their commitment and the hours spent in volunteer service to the West Hartford community. Family and friends filled the room to offer good wishes.

The Council also made official the role of Scott Slifka as Mayor and Shari Cantor as Deputy Mayor by re-electing them President and Vice President of the West Hartford Town Council. Denise Hall has been reappointed by the Republican caucus to the role of Minority Leader. Essie Labrot was officially reappointed as Council Clerk.