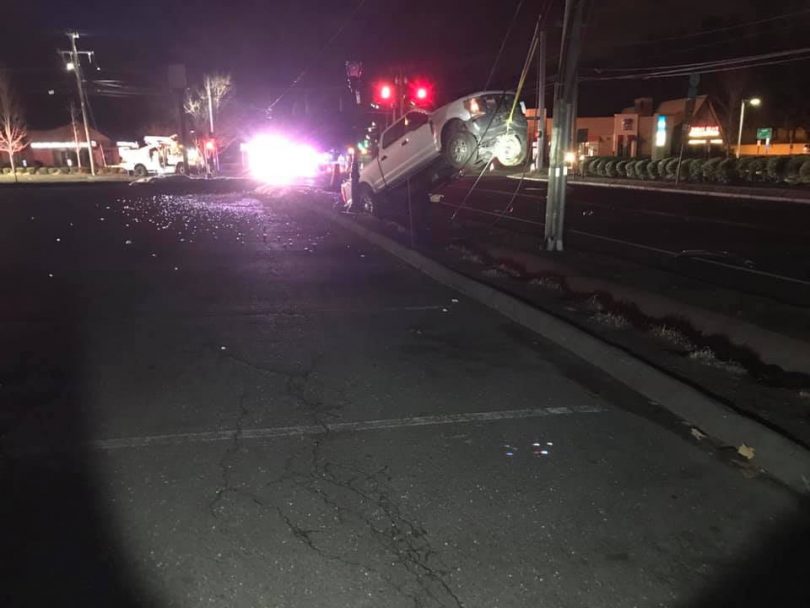 West Hartford Police said there were no injuries in the single vehicle crash early Thursday morning. 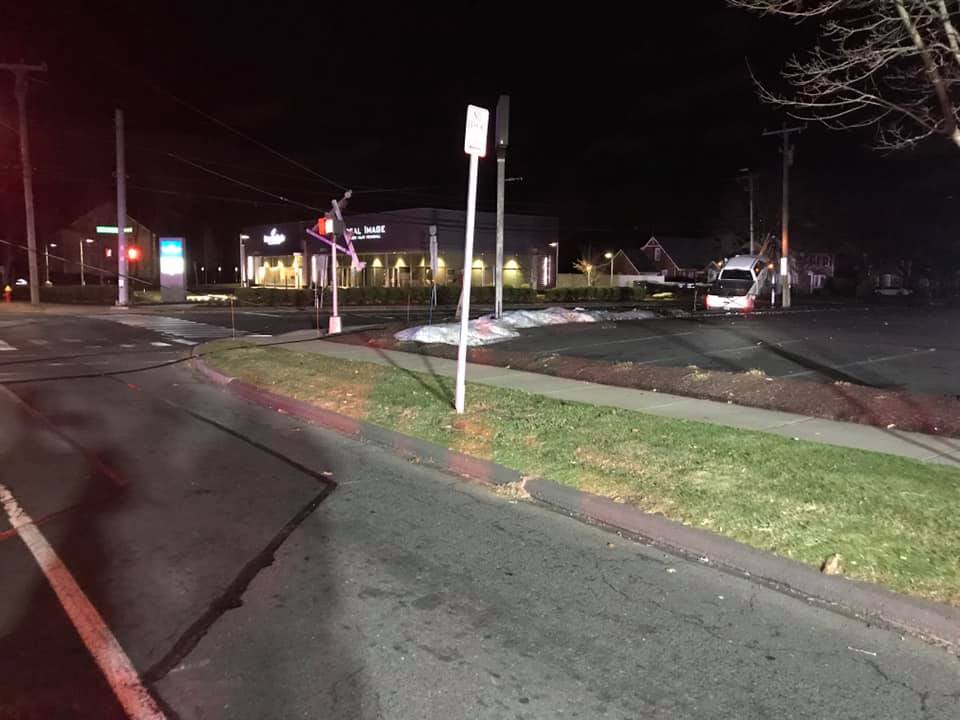 West Hartford Police responded to a report of a vehicle rollover early Thursday morning, but said that when they arrived they instead found a truck partially suspended from wires attached to a utility pole.

Police said that according to their investigation, the driver of a white Ford pick-up truck was headed south on South Main Street at 1:05 a.m. Thursday, and as he passed through the intersection with New Britain Avenue, he failed to properly negotiate the slight curve in the road.

According to police, the vehicle struck a utility pole and shattered it.

The truck then came to rest about 75 feet away, with its front end suspended about 10 feet in the air on a telephone pole guide wire.

No other vehicles were involved, and there were no injuries, police said.

Live wires fell into the roadway, and police said that a detour around the intersection was in place for several hours while Eversource replaced the utility pole and repaired the service. Several homes on South Main Street, south of the intersection with New Britain Avenue, lost power as a result of the incident.

The driver of the truck, who was not named, was issued an infraction for failing to maintain his lane. 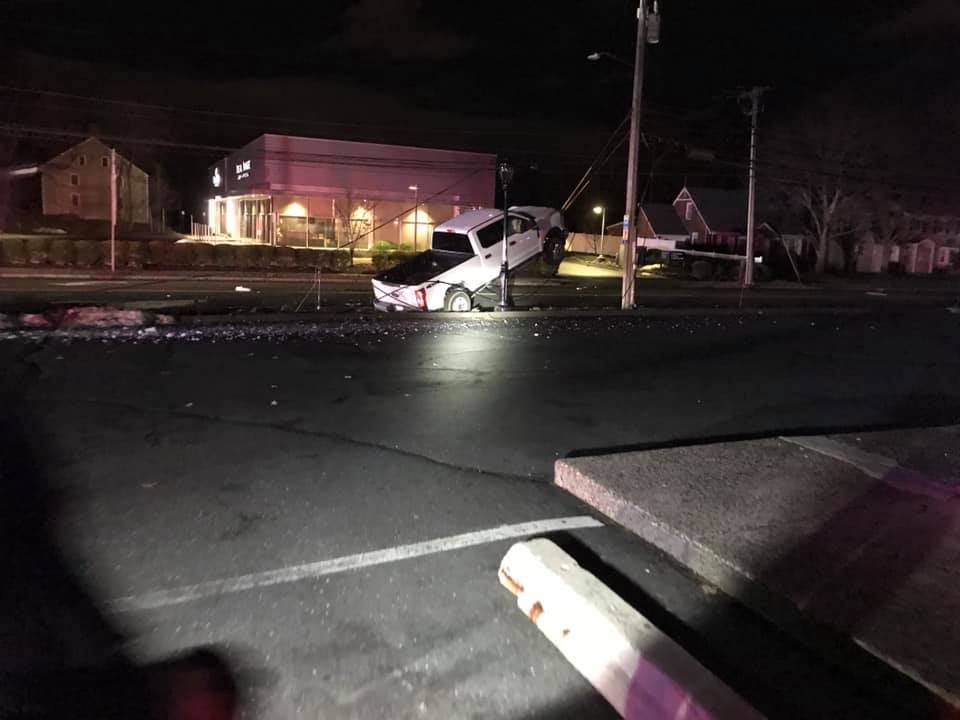