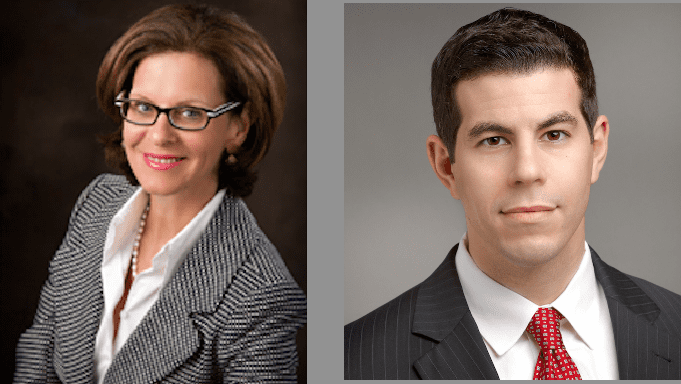 Gov. Dannel P. Malloy announced 11 nominations for judicial vacancies on the Connecticut Superior Court, and among the nominees are two West Hartford residents.

Aaron, a partner since 2000 at Berman, Bourns, Aaron & Dembo LLC in Hartford, specializes her practice on mediation and collaborative divorce. According to a news release from the governor’s office announcing her nomination, her focus is “serving clients who are interested in resolving their cases in a confidential, respectful, and efficient process.”

Aaron was previously a partner with Whitehead & Aaron from 1993-2000, and prior experience includes owning her own firm, an associate position with McEleney & McGrail, and as as a public defender with the Legal Aid Society’s Criminal Defense Division in New York City.

A graduate of American University and Brooklyn Law School, Aaron is on the board of the Copper Beech Institute and is the co-chair of the Family Law Committee of the Hartford County Bar Association.

Schwartz is a partner with Murtha Cullina LLP in Hartford, and his practices is focused on municipal and land use as well as commercial litigation. According to the announcement, “since 2012, he has worked with the firm to represent municipalities, developers, businesses, and individuals in all phases of local land use approval and complex real estate litigation.”

“Selecting nominees to fill vacancies in our court system is one of the most important duties that a governor performs – they must possess the qualities that build a stronger, fairer Connecticut for everyone in the long-run,” Malloy said in a statement. “I believe that each of these women and men will bring to the bench the diverse qualities that mirror the people of our state while also meeting the high principles and integrity that our citizens deserve.”

The governor’s announcement noted that there are currently 42 vacant positions in the Superior Court, and Tuesday’s nominees will put a dent in that number and “will provide critical judicial capacity in performing the essential duties of the court system.”

The announcement noted that further nominations will be made in the coming days, but did not mention if one of those nominations would be for the position of Supreme Court chief justice. The State Senate last week, by a vote of 19-16, rejected Andrew McDonald for that position.

Additional nominations made Tuesday include: