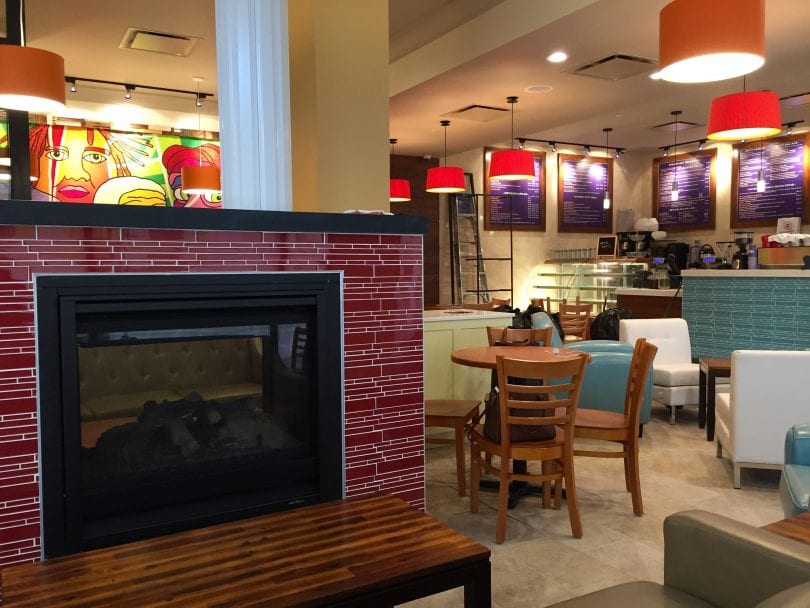 SPoT Coffee is preparing for a soft opening in Blue Back Square on April 17. Photo credit: Ronni Newton

I could almost copy what I wrote last week about Mother Nature and her April Fool’s jokes, because it seems like winter just won’t quit. 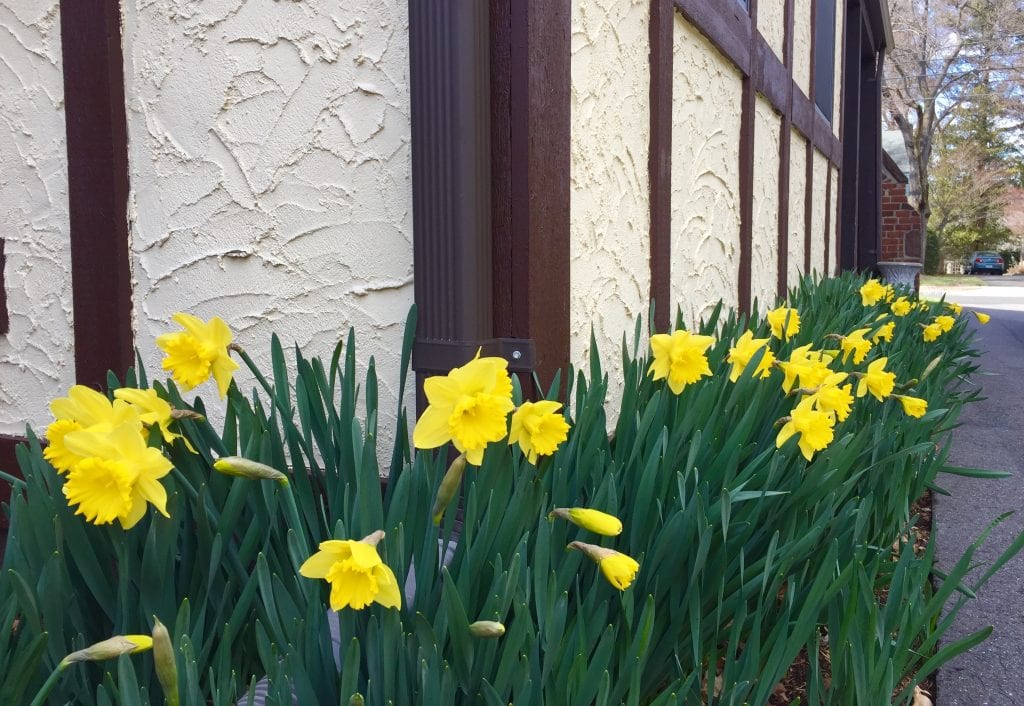 The photo at right, however, does make me smile and give me hope.

It’s school vacation week, and looking at my Facebook feed I see that many of you are visiting tropical places where it definitely won’t be snowing. Please bring that weather back with you!

This may be a quieter week in West Hartford since many are on break, but last week was anything but quiet.

On Tuesday, more than 50 people participated in a community read of Martin Luther King Jr.’s “I’ve Been to the Mountaintop” speech, on the eve of the 50th anniversary of King’s assassination. The audience of about 250 had a chance to engage in a “beloved community” intergenerational art project, before listing raptly to the program.

Later Tuesday night the Board of Education passed its budget, which now moves to the Town Council for adoption as part of the overall general fund budget.

On Wednesday night the Town Council held the first of two public hearings on the budget. It was sparsely attended, and many took to social media the next day to complain that they didn’t know it was happening. I make sure to include details about all public hearings in every budget story. The town budget impacts each and every resident, and it’s important to stay informed. I don’t know how else to serve up the information, and it’s disappointing to see that more people read the real estate transactions I posted last week than the story about the budget. There is one more public hearing and (I am about to shout) IT’S ON WEDNESDAY, APRIL 11, AT 2 P.M. IN THE TOWN COUNCIL CHAMBERS, ROOM 314. If you can’t make it but have something to say, email or call Town Council members. All of the contact information is available by clicking here. And if you’re wondering why the hearing is at 2 p.m., that’s to accommodate people who don’t like to go out at night. The other hearing was at 6 p.m.

I’ll get down off my soapbox now, but before getting to the business of this column, I want to give a very special shout out to my friend and (now former) fellow journalist, Abigail Albair. Friday was her last day as editor of the West Hartford Press (and as executive editor with Turley Publications), and today she begins a new job leading the marketing and development team at a Connecticut nonprofit. I’ve really enjoyed our collaboration, her aptness for writing about government meetings (and willingness to share those stories with We-Ha.com), and the friendship that we have developed covering this town together over the years. And I’ve loved watching her adorable and precocious son Leo, who is about to be 2, turn into such a great little man. She’s a great journalist, and even a better person, and I wish her the best of luck! 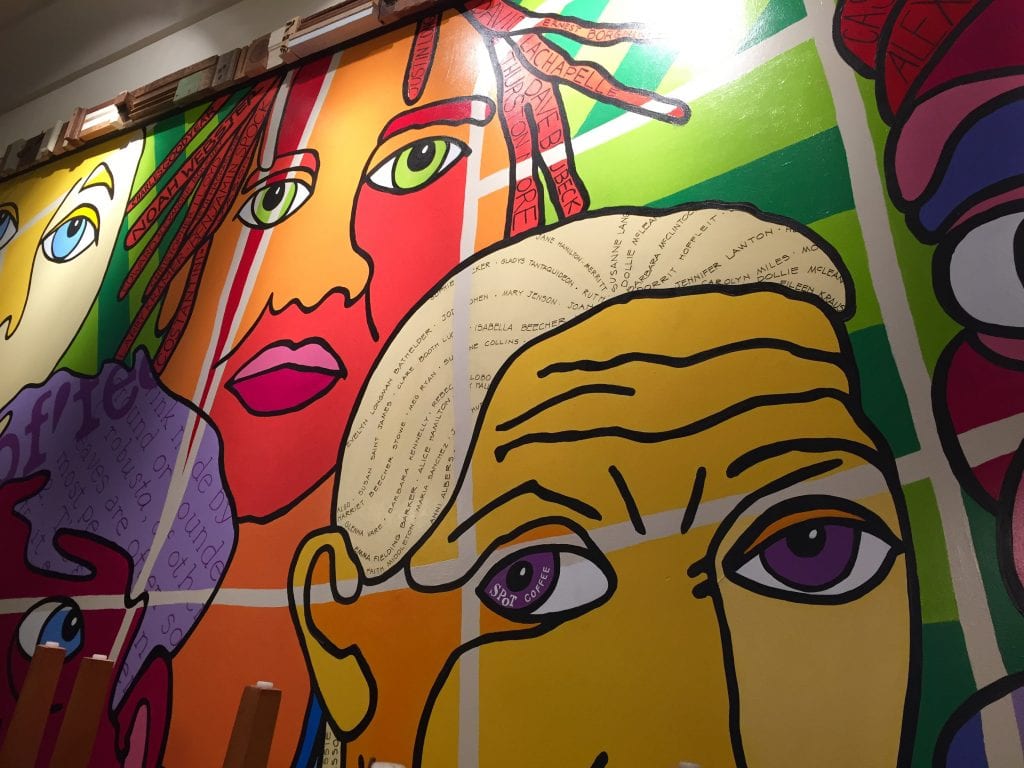 Loren Costantini painted this mural inside SPoT Coffee, and every element is significant to West Hartford or the surrounding area. “SPoT Coffee” is located in the purple eye on the left, and the white lines are the streets of Blue Back Square. Photo credit: Ronni Newton 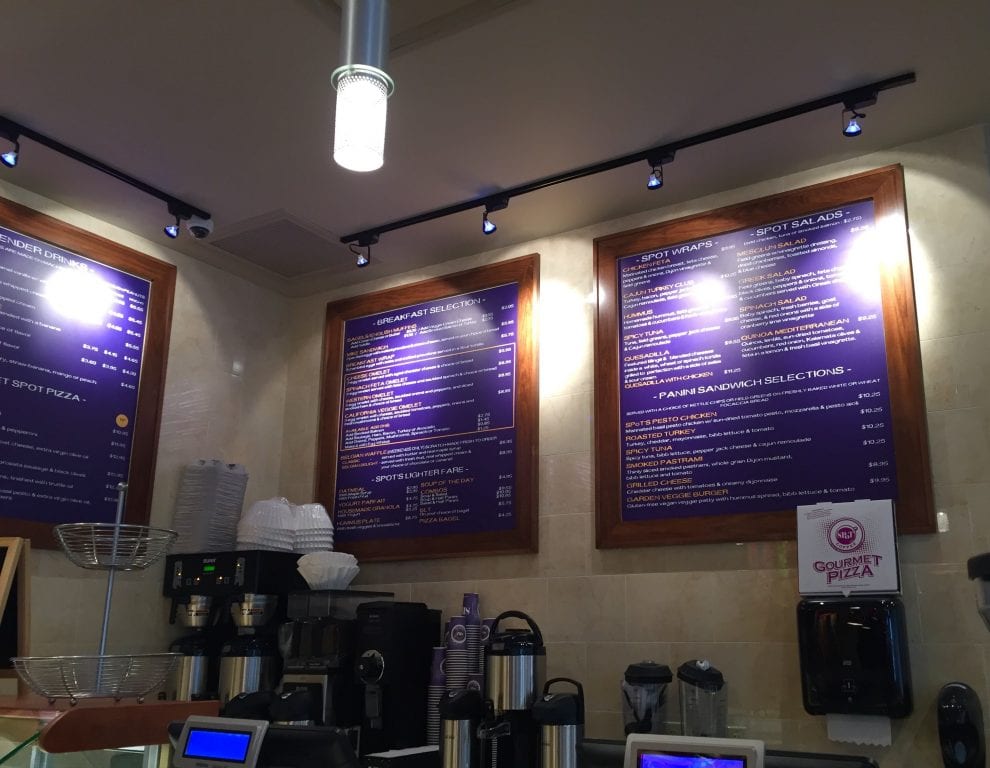 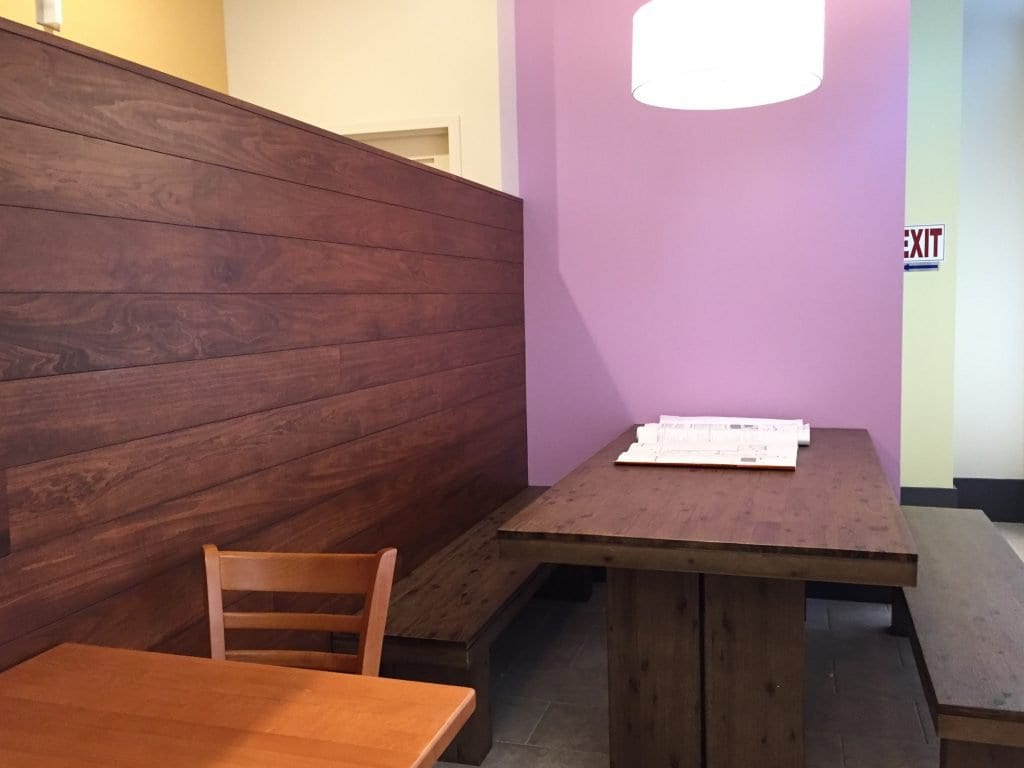 A long table with bench seating will be a good space for meetings at SPoT Coffee in West Hartford. Photo credit: Ronni Newton