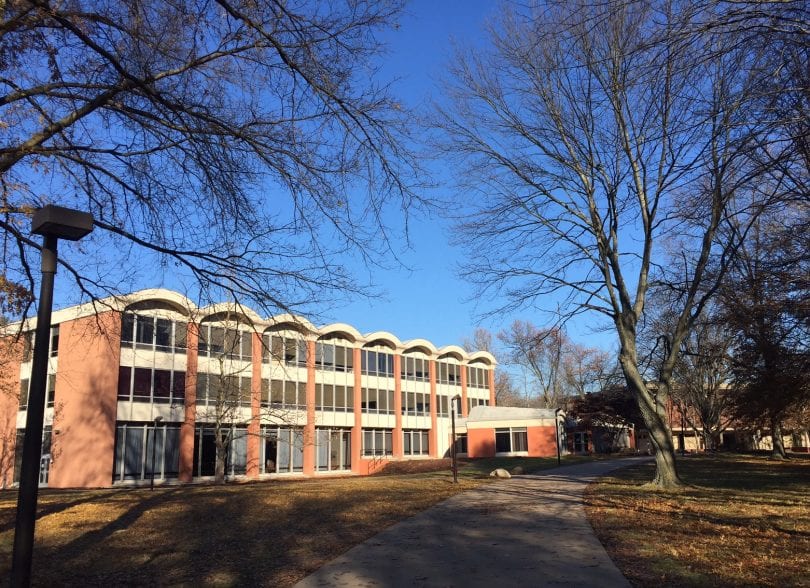 The University of Connecticut notified town officials on Monday of plans to install security fencing on the former West Hartford campus. 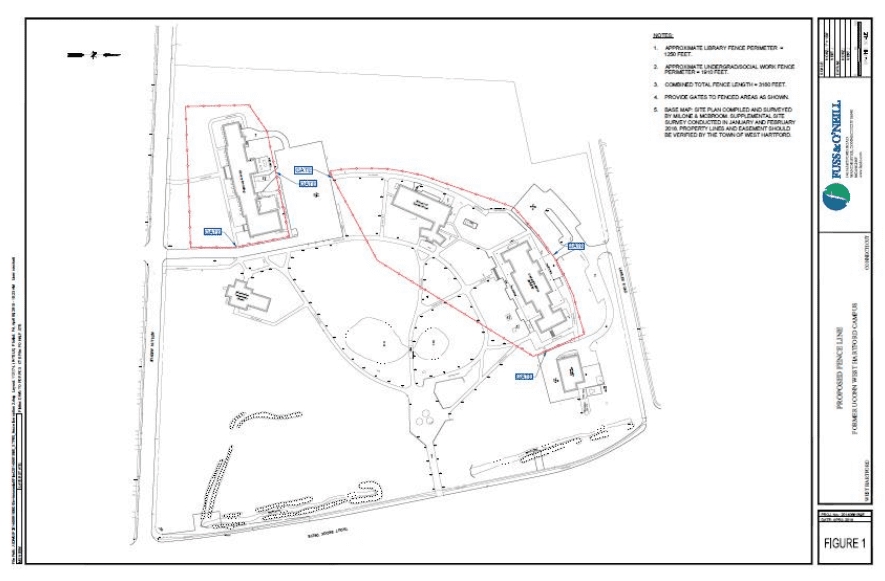 Fencing will be installed around several of the unoccupied buildings on the former University of Connecticut campus in West Hartford, UConn Special Counsel Richard Orr said in a letter to town officials Monday.

In the letter, Orr noted that UConn’s goal was to “maintain the security and accessibility of the property and buildings.”

The campus, located at the intersection of Asylum Avenue and Trout Brook Drive, has been largely vacant since late August, when UConn opened its downtown campus. In December, after nearly 18 months of extended due diligence, the West Hartford Town Council voted to terminate a Purchase and Sale Agreement for the 58-acre parcel amid concerns about environmental liabilities stemming from the presence of  polychlorinated biphenyls (PCBs).

UConn spokesperson Stephanie Reitz said Monday that there have not been any problems with trespassers, but “there wasn’t likely to be many issues during cold weather. As the weather gets nicer, people are more likely to try to get into the buildings,” she said.

“In the past, UConn has been the subject of liability claims by persons who were unaffiliated with UConn who claimed to have been injured during their unauthorized access to the property,” Orr said in his letter, and the University considered fencing the entire campus but was sensitive to the appearance and is optimistic that a buyer will soon be found.

Two separate fences will be installed – one around the library, and the other encompassing the social work and undergraduate buildings. The Information Technology Center, which is still in use, will not be fenced, and use of the baseball fields, playground, and parking areas will not be impacted, Orr’s letter states.

Both fences will incorporate surrounding ground that has already undergone remediation. “We don’t want that area disturbed,” Reitz said.

“I appreciate the fact that they’re taking this step” and only fencing a portion of the property, Town Manager Matt Hart said Monday. “I’m not surprised that UConn is taking this step with unoccupied buildings.”

Hart said he is not aware of any problems with trespassers on the property.

The 6-foot high galvanized steel fencing will have gates that UConn officials will be able to access, and according to the letter has been planned to avoid interference with underground utilities or damage to mature trees. The fencing will be set back from the curb line along Asylum Avenue “and behind trees so as to minimize the visual impact on passersby.”

The fencing will be installed in the next few days, Reitz said, and installation should take several days.

UConn has been marketing the campus property since the town decided to terminate the Purchase and Sale Agreement. Reitz said Monday that UConn is “still negotiating with a handful” of potential purchasers, but does not yet have a contract in place.

The town has recently undergone an extensive community engagement process with the goal of developing a vision statement for the property to serve as a guideline for redevelopment of the property, while the Town Council serves as West Hartford’s land use authority with responsibility for any zoning changes that may ultimately be required.