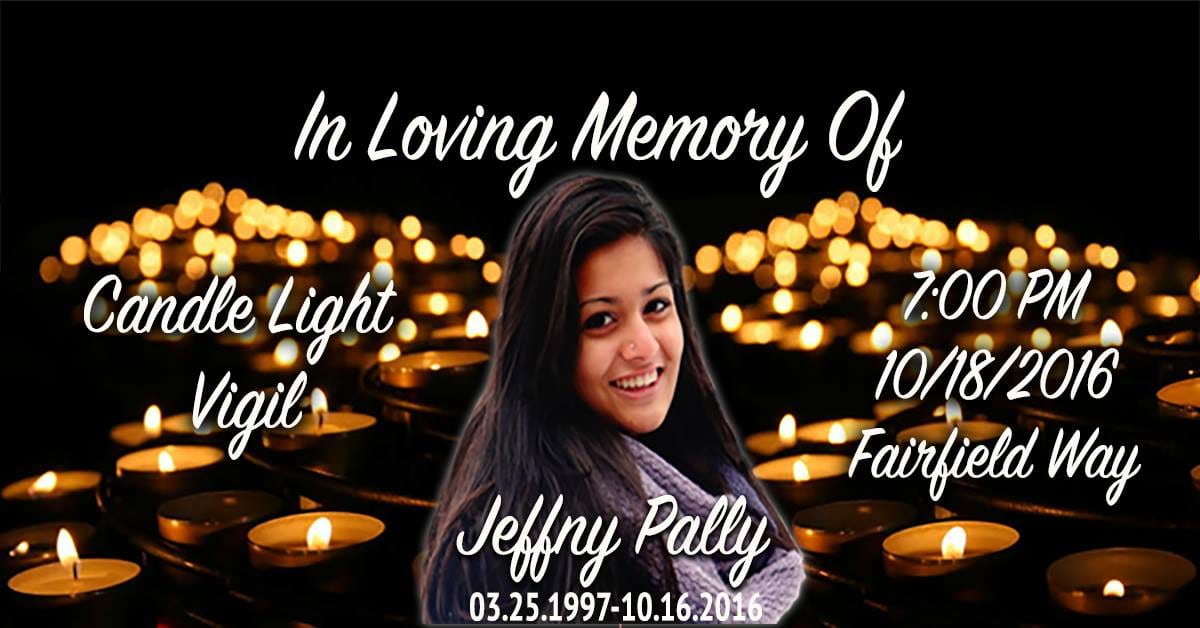 [Updated] A candlelight vigil will be held Tuesday for Jeffny Pally of West Hartford, who was killed early Sunday when she was struck by a fire department vehicle on the Storrs campus of the University of Connecticut. Calling hours will be Wednesday in West Hartford. 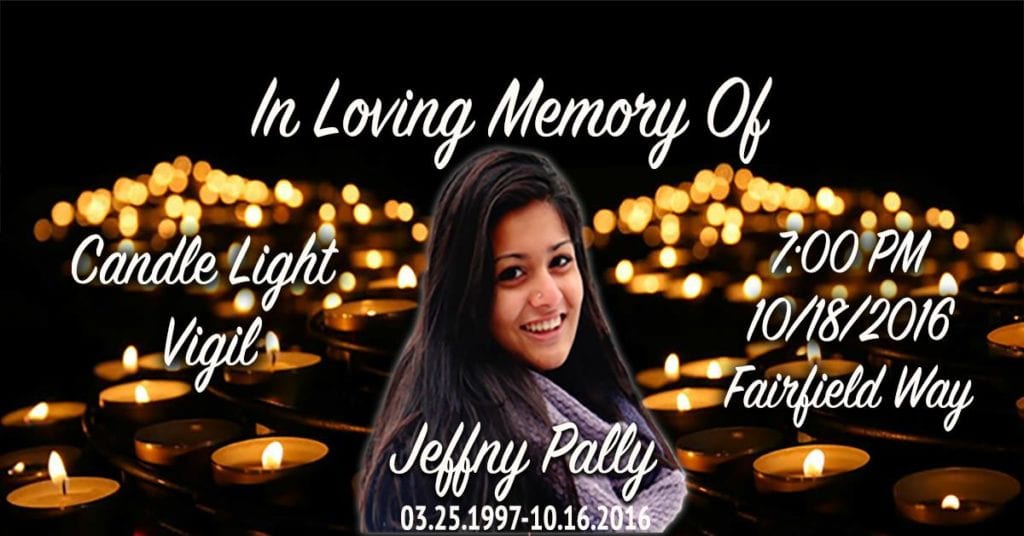 The UConn community will gather together Tuesday evening on Fairfield Way at 7 p.m. for a candlelight vigil honoring Jeffny Pally, a sophomore Allied Health major from West Hartford who was fatally injured when she was struck by a Chevy Tahoe owned by the University of Connecticut Fire Department.

“Losing another student in such a short time frame is difficult for everyone. Jeffny was very involved on campus as an RA, a member of Delta Gamma sorority and a student leader in Community Outreach. Once the University was notified of her loss, we immediately began outreach to friends and family,” the message stated. A UConn freshman was found unresponsive in his dorm room on Oct. 3 and could not be revived.

She joined the chapter this fall, and was also a resident assistant, member of the Indian Students Association and member of UConn Community Outreach. Sisters will remember Jeffny as an exemplary student who valued her education, her community, her family and her friends. To remember and honor Jeffny, the Indian Students Association is hosting a vigil tomorrow evening.

Sisters have been encouraged to seek the counseling services made available by the University.

Jeffny, the youngest of three children, was a 2015 graduate of West Hartford’s Hall High School. At Hall she played soccer and was a member of the track and field team, and was an honor role student and an AP scholar.

Principal Dan Zittoun expressed his deep sadness Sunday. “She was an outstanding young person – involved in athletics and academics. I will always remember her personally with her wonderful smile. She was really excited about life,” said Zittoun.

Extra counselors were available at Hall on Monday, Zittoun said.

At UConn, supporting is being provided by Counseling and Mental Health Services (CMHS) located on Arjona 4th floor, Monday through Friday from 8:30 a.m.-4:30 p.m. After hours, a counselor can be reached by calling 860-486-4705.

According to Connecticut State Police, Pally was leaning against the door of Bay 7 at the station at 126 North Eagleville Rd. and at 1:13 a.m. fell backward when the door opened so that the vehicle could respond to an incident. The driver of the vehicle, Shift Commander Dana E. Barrow Jr., 60, has been placed on administrative duty while the incident is being investigated.