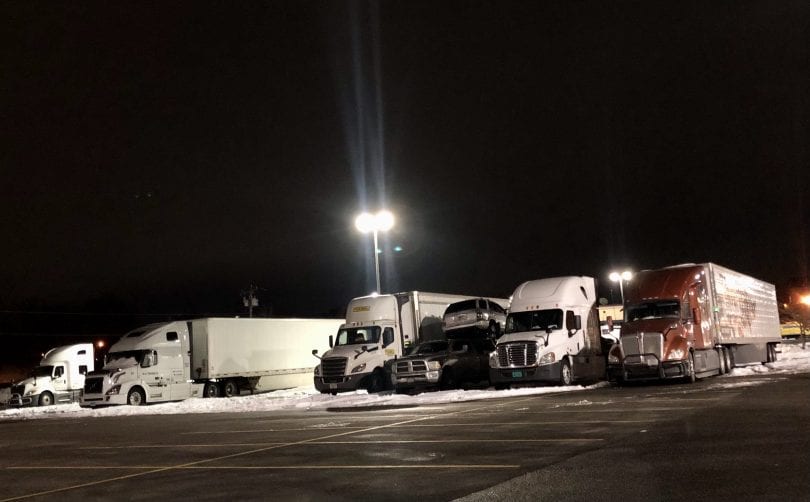 Zoning officials are working with the owner of Prospect Plaza in West Hartford, where often dozens or more tractor-trailers park for an extended period of time. 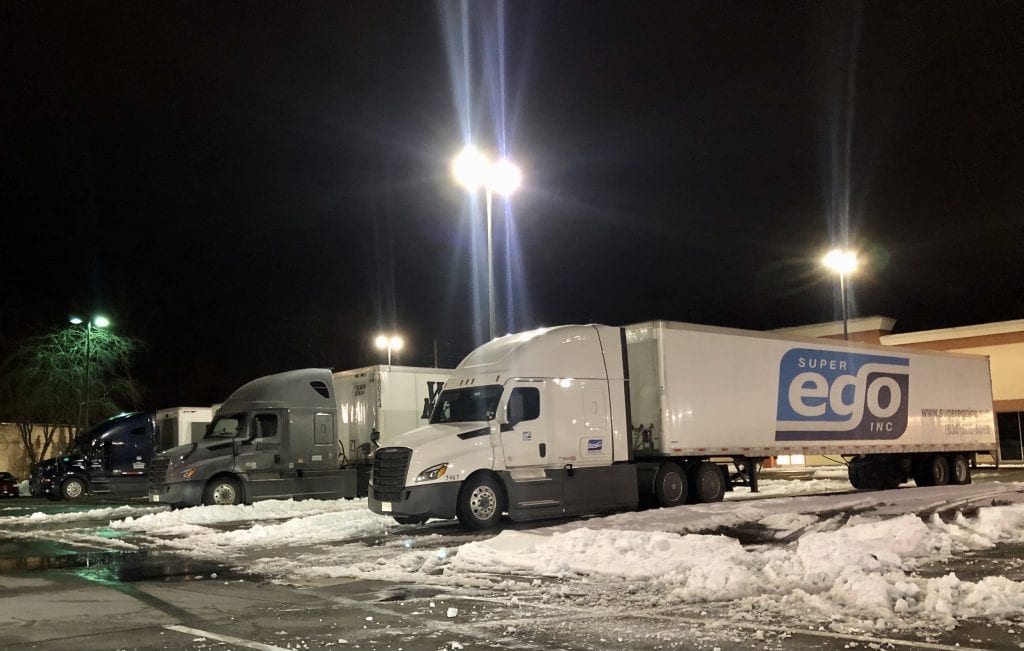 The large parking lot in front of the former ShopRite store on Kane Street in West Hartford appears to have become an unofficial truck stop, and zoning officials have advised the property owner that the practice cannot continue.

Brittany Bermingham, assistant zoning enforcement officer for the Town of West Hartford, told We-Ha.com Wednesday that she has just recently been informed that the parking lot at the corner of Kane Street and Prospect Avenue has become a parking area for tractor-trailers. Residents have noted that as many as 30 trucks have been parked in the lot at times. 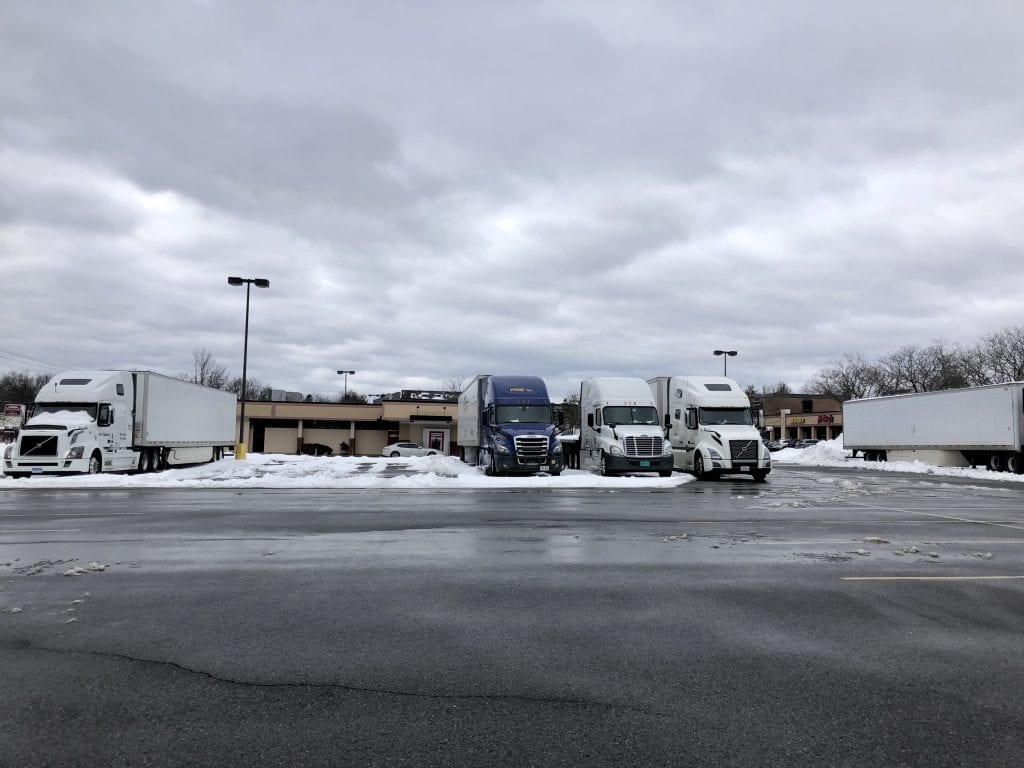 Based on the patterns left in the snow on Wednesday, it appeared that additional trucks had been parked in the lot during the Sunday night through Monday snowstorm.

That type of intensive-vehicle use of the parking lot is not authorized by the town’s zoning codes, Bermingham said, and she said she has reached out to inform the manager for the property, which is owned by Tarrytown, NY-based Prospect Plaza Improvements LLC.

“They said they will contract with a towing company and start implementing signage,” Bermingham said.

The property owner, while aware that truck drivers have started using the parking lot as a resting area, does not know how the situation came about. “The owner said maybe a truck parked there once, and then word got around,” Bermingham said.

The property manager will be required to prevent the use of the parking lot as a truck stop, and if they fail to comply, the town will issue a notice of violation. If compliance does not follow a warning, fines can be assessed, Bermingham said.

West Hartford Police will also be asked to observe the activity at the parking lot.

Early Wednesday morning, a West Hartford Police officer on routine patrol discovered a vehicle on fire in that parking lot. The car was fully engulfed by the time the officer arrived, and one individual who was in the driver’s seat was pronounced dead at the scene. The incident remains under investigation.

ShopRite closed in November 2019, and the 75,000 square foot property has remained vacant. 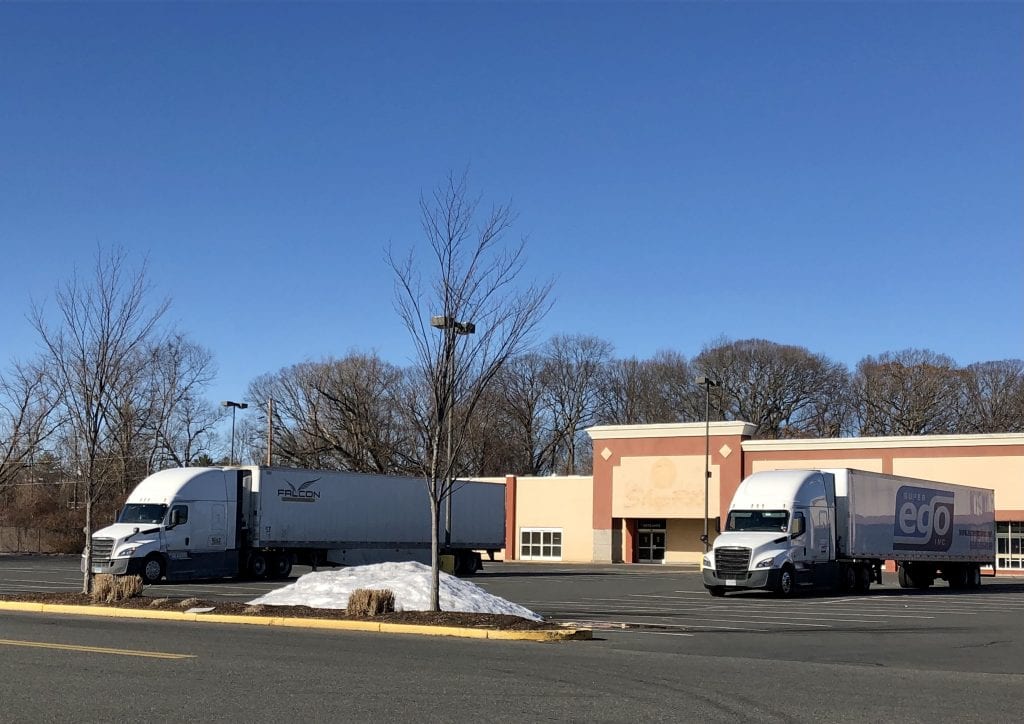