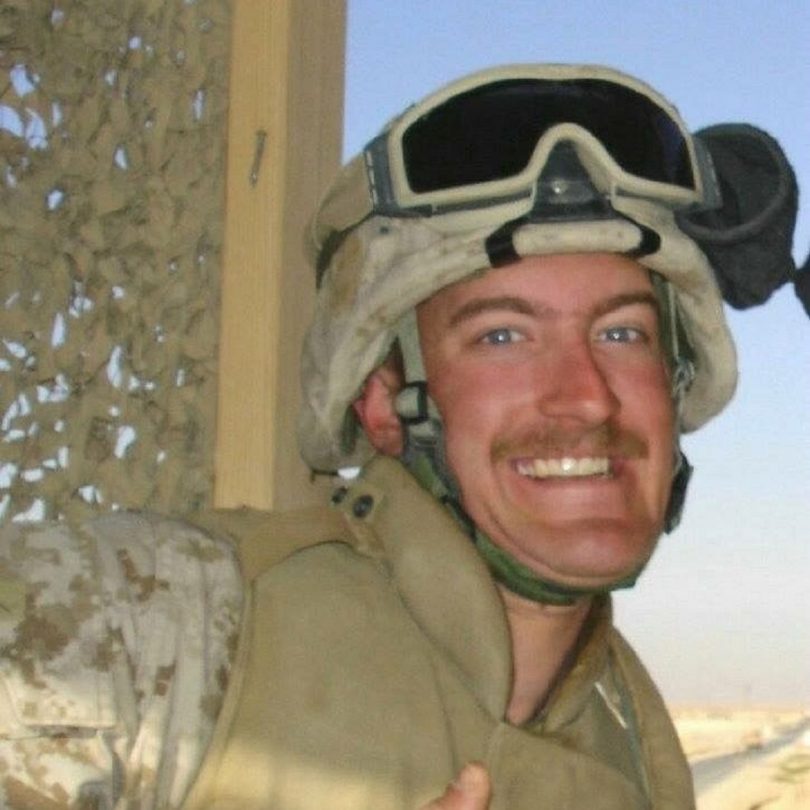 Ray and Leesa Philippon from West Hartford will speak at the Assisted Living Services monthly coffeehouse in Wallingford on Nov. 27.

The monthly Veterans’ Coffee House hosted by Assisted Living Services at the Wallingford Senior Center features speakers who discuss topics such as benefits, healthcare, or their military experience. This November, in honor of Veteran’s Day, a courageous military couple will not only describe their own service, but will share the painful journey as Gold Star parents after losing one of their three children.

Ray and Leesa Philippon of West Hartford met at Fort Bragg in North Carolina when they were both enlisted in the U.S. Army. Ray was a Sergeant/Electronic Intelligence and Leesa was a Specialist 4/Electronic Voice Interceptor. The couple married and passed on their proud military tradition to their son, Marine Lance Corporal Lawrence Philippon. He was killed in action during Operation Iraqi Freedom on May 8, 2005, while participating in Operation Matador. The pair will share their sources of strength and the importance of caring for our veterans.

“We believe that the best way to honor our son and others who have made the ultimate sacrifice is to love, honor and care for those who are their brothers and sisters in arms,” said Leesa. “Advocating for our veterans and their families enables us to join in God’s work of turning what was meant for evil for the good.”

In addition to Lawrence, the Philippon’s other son, Lance Corporal Bryan Philippon, served with Fox Company 2/25 Marines, Plainville, CT. They also have a daughter, Emilee Pescatore of Stoughton, MA, a Gold Star sister.

Ray and Leesa are both active members of CT Friends of Veterans and the American Legion. Leesa is a member of the VFW Auxiliary and Gold Star Mothers of America. She is also a program coordinator at Resilience Grows Here, a Veteran initiative of the Farmington Valley Health District. Ray is assistant vice president in the Surety Division at Aspen Insurance.

The Veterans’ Coffee House will take place Tuesday, Nov. 27 at 10 a.m. As with every, meeting, it will begin with announcements, The Pledge of Allegiance, and a moment of silence. New members are introduced to the group then they all describe their service to our country. The Philippons will be available for questions after their presentation. Complimentary coffee, pastries and muffins are provided. The group meets on the fourth Tuesday of every month in Wallingford and on the third Tuesday of the month in Cheshire.

The Veterans’ gathering was developed in August 2016 by Assisted Living Services and organized by Mark Halliday in conjunction with the Wallingford Senior Center. The response to the program has been incredible with an average of 50 people attending each month and it is still growing in popularity.

“The Philippon’s are an exemplary patriotic and noble family who continue to support Veterans and encourage military service,” said Ron D’Aquila, RN, co-founder of Assisted Living Services. “I was so moved by their story, I’m sure others will benefit from hearing it as well.”