Vaughan, the owner of Vaughan’s Public House at 59 Pratt St. in Hartford, said Tuesday that he had wanted to open a West Hartford restaurant for a long time when he first ate at Backstage Pizza and learned that owners Steven and Gin Ryan were interested in selling.

“I stumbled across the place on a summer’s eve,” said Vaughan, a native of Dublin, Ireland, who has lived in West Hartford for the past 10 years. It was his first time eating there, and he started chatting with the Ryans who expressed interest in retiring.

“We started talking. I didn’t want a huge place,” said Vaughan. He doesn’t plan to take on any partners and wasn’t looking to have to make a large capital investment.

“All of the pieces of the jigsaw fit for me,” said Vaughan.

Steve and Gin Ryan closed Backstage Pizza, at 968 Farmington Ave. in the Brace Road parking lot, in mid-December. They had owned and run the restaurant for seven years. 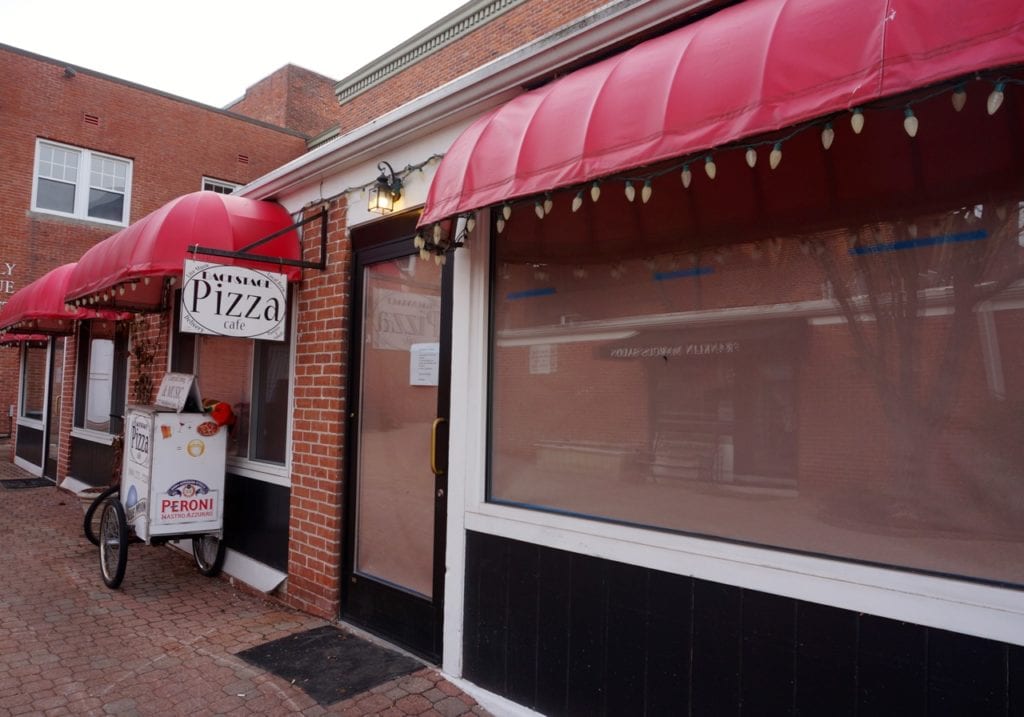 Vaughan said he really likes the clientele that Backstage attracted – a “cult following” of customers that included a lot of young families. “It’s like a neighborhood sort of restaurant,” he said.

“I like the location. I want to keep the clientele and grow it,” he said.

After more than a decade of owning and running the popular Irish Pub, Vaughan’s Public House, Vaughan, who also has previous experience with Hartford Restaurant Group and Plan B, said he’s ready to take on a new challenge.

Vaughan’s Pies & Pints will focus on gourmet pizza and craft beer, and prices will be similar to those charged by Backstage. “It’s good value for your money in the Center,” he said.

Vaughan plans to maintain many of the same favorites as Backstage Pizza, including the sought-after gluten-free and dairy-free offerings. Steve and Gin Ryan have been “very helpful in the transition,” he said.

There will be some modernizing of the menu, as well as upgrades to the dining area, Vaughan said. “The building will have a modern, contemporary and rustic feel,” he said.

The menu will focus on pizza made from Italian meats and cheeses, with locally-sourced ingredients used wherever possible. Appetizers will be made from scratch.

“It will be great pizza that you will fall in love with,” he said. “Pizza to fall over.”

Vaughan said that West Hartford Center has turned into a food mecca, and its growth hasn’t slowed down. He loves the area’s vibe and thinks there is plenty of space for his concept along with other existing restaurants.

“I’m definitely bringing something new to the party,” he said.

Although he will still target families with the menu and pricing, Vaughan’s Pies & Pints will be more edgy and contemporary than Backstage was. “I want it to have that ‘wow’ factor,” said Vaughan.

Vaughan said that the town has been very cooperative as he works to get permits and prepares for opening, with a goal of mid-February. There will be a soft opening phase as well as a charity opening, he said.

Vaughan’s Pies & Pints will initially serve just dinner, but Vaughan said that he is aiming to add lunch service by Memorial Day weekend, and is looking forward to having patio dining as well. He plans to incorporate catering and delivery service as well.