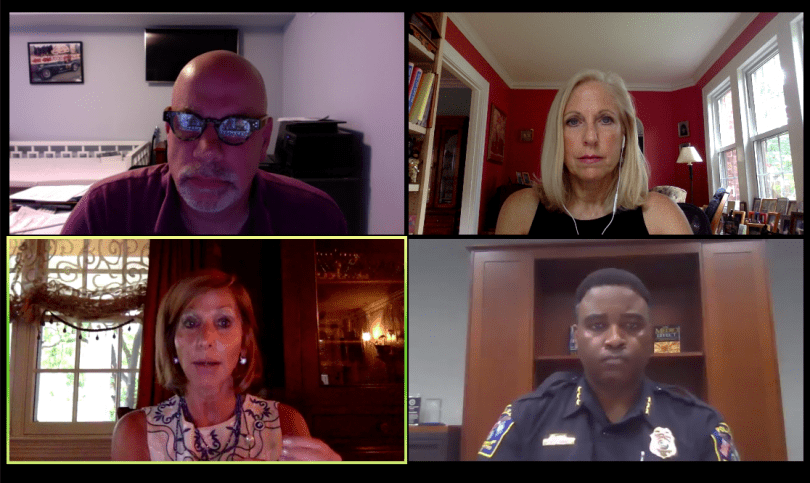 Watch the video below of a conversation held on Zoom, with both West Hartford Mayor Shari Cantor and Police Chief Vernon Riddick responding to questions raised by members of the community.

Cantor highlighted the measures taken by the Town of West Hartford to respond to the COVID-19 pandemic, as well as steps the town is taking to be the “government of possibility” as the recovery period progresses.

Both spoke about the recent protests in West Hartford.

Riddick, who spoke at several of the protests, addressed the meaning of calls to “defund” police, and his response to the “8 Can’t Wait” policy and guidance from the Connecticut Police Accountability Task Force.

“Over the years the fire has been prejudice and racism,” Riddick said. “I think the George Floyd murder was a watershed moment.”

Cantor, who also participated in the protests, said she is inspired by the West Hartford community’s response to the pandemic as well as the engagement and reignited focus on racism and equality.

“Chief Riddick and I see us coming out of this better, brave,” Cantor said.

Watch the complete video below.

Tune in to We-Ha.com’s Facebook page on Thursday, June 18, at 6 p.m., for a continued conversation about race featuring a conversation with residents Kadzo Kangwana and Earl Exum.