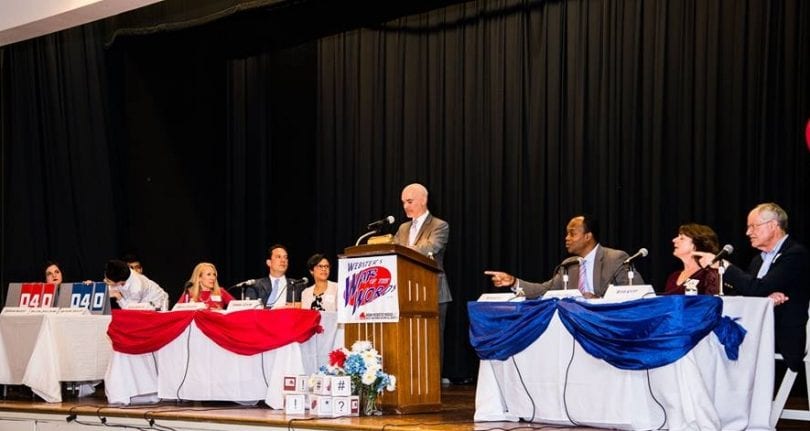 Panel of contestants, 2017 Webster’s War of the Words. Submitted photo

Calling all ‘Wordies’ … Webster’s ‘War of the Words’ Benefit Game Show will be held in West Hartford on April 14. 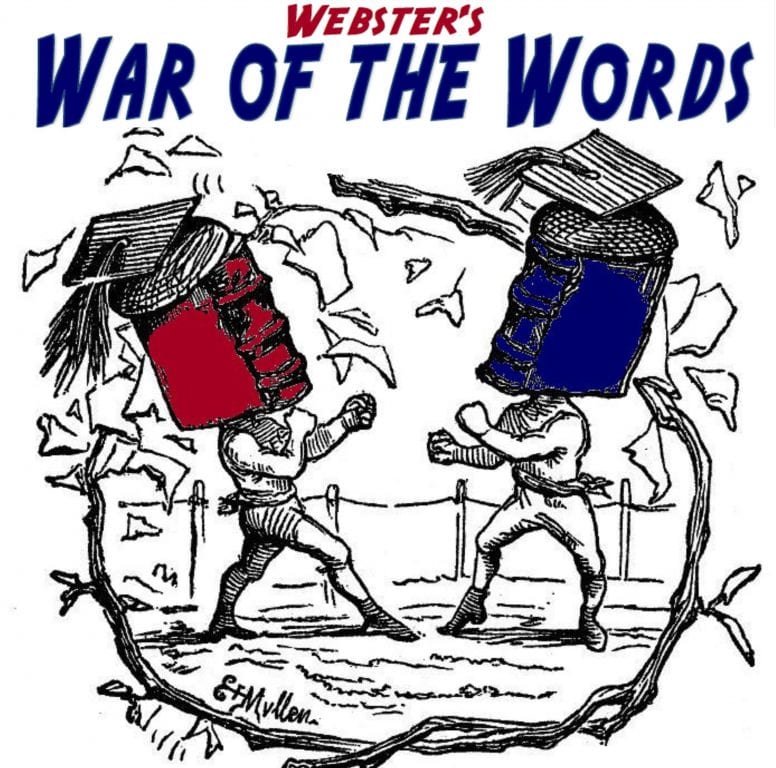 Calling all “wordies”! Did you hear about the 850 new words just added to Webster’s dictionary? Wordie (n. a lover of words) was one of them.

Now that you know what to call yourself, please join us for a celebration of words and language on Saturday, April 14, 2018, at the Noah Webster House & West Hartford Historical Society’s ninth annual Webster’s War of the Words.

Webster’s War of the Words is the definition of dinner and a show. This signature fundraiser comes complete with dinner, unlimited beer and wine, fabulous silent and live auction items, and the main attraction – the word-based game show!

The Webster’s War of the Words game show will entertain and challenge both the audience and the teams of celebrity contestants. In categories such as “Definition Stumper” and “Name That Book,” contestants’ knowledge and ability to think on their feet will be put to the test, often with comical results. Luckily, the audience can be called upon to offer assistance, should the contestants choose to use this lifeline. The game show is officiated by noted lexicographer Peter Sokolowski, Editor at Large at Merriam-Webster Inc. It’s his job to referee this lively and interactive battle of words and wit. 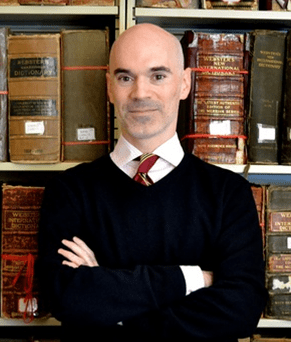 The “Year of Noah Webster” – the original American lexicographer and dictionary author – is upon us. In 2018, we celebrate Webster’s 260th birthday, the 190th publication anniversary of his American Dictionary of the English Language, and commemorate the 175th anniversary of his death. Dates rarely line up so nicely, and the Noah Webster House & West Hartford Historical Society is celebrating with a group of contestants you won’t want to miss.

In addition to dinner, drinks, and the game show, the evening will include both silent and live auctions. Each basket in the silent auction is inspired by a book in keeping with the museum’s mission to promote literacy.

Advance purchase tickets are $60. After April 11, all tickets are $75. Groups of 8 may purchase full tables for $440, a $40 savings. Tickets are available at noahwebster.yapsody.com or by calling 860-521-5362 x10. Proceeds from this fundraiser will support the Noah Webster House & West Hartford Historical Society’s educational mission.

Webster’s War of the Words would not be possible without the support of our sponsors, including gold sponsors Reid & Riege, P.C. and Tsunami Tsolutions, and silver sponsors Ziegler and Raymond James.

The Noah Webster House & West Hartford Historical Society is a cultural destination where citizens can learn to understand and appreciate the past. The museum preserves the birthplace of Noah Webster, the founding father, educator, author, and lexicographer who taught generations of Americans what it means to be American. This National Historic Landmark is also a repository for the history of West Hartford, the community that molded Noah Webster’s future and is still thriving over 250 years later. The historic house and exhibit spaces are open daily 1 until 4 p.m. For information on the museum’s extensive school and public programs, please visit www.noahwebsterhouse.org or call 860-521-5362.