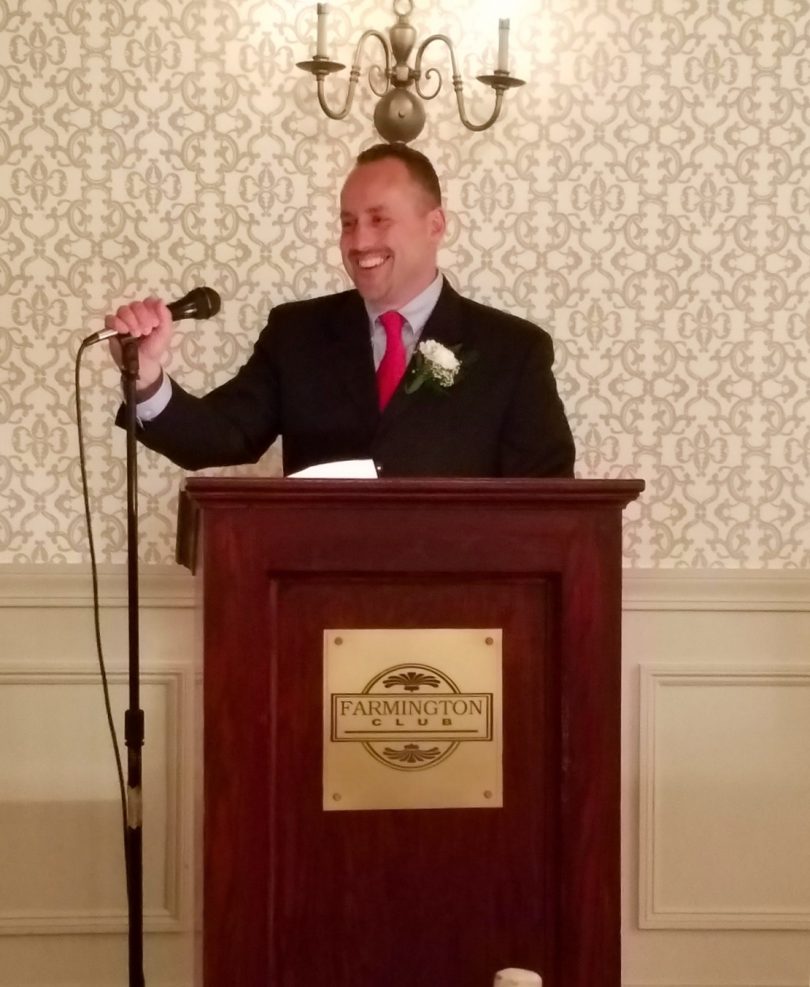 Luis Ramirez was announced as the 2017 Teacher of the Year Thursday evening at the annual West Hartford Education Association/West Hartford Administrator’s Recognition Dinner held Thursday night at the Farmington Club.

When he learned that he was a finalist for Teacher of the Year, Ramirez, who has been a social worker at Smith STEM School since 2010, said that he was “humbled and honored.”

“It’s a great honor for our department – to recognize the support staff for the school’s needs,” Ramirez said on May 2 at a reception at Town Hall for the three finalists.

Ramirez credited the administrators that he works with, as well as Smith STEM’s school psychologist and special ed teachers, for providing support of his work with students and families.

Ramirez has been recognized throughout the district as a highly-competent and dedicated professional with strong clinical skills.

According to Superintendent of Schools Tom Moore, Ramirez serves as a resource for his colleagues as well as families, and is highly-regarded for his work in building partnerships, connections, and a sense of community to ensure student success.

Ramirez has also been instrumental in facilitating a variety of successful efforts at Smith STEM, including working with Gifts of Love and the Holiday Helpers program at Conard. He’s also a site coordinator for the West Hartford Mentor Program.

Before moving to Smith STEM, Ramirez was a social worker at King Philip Middle School and in the STRIVE Program, but although his background is in mental health, he didn’t begin his career working in the schools.

Ramirez worked a counselor with The Bridge Family Center from 2003-2008, an experience which he said “was a great stepping stone” to what he does today. He also previously worked at the Institute of Living in Hartford and Grace S. Webb School in Cheshire and was a member of the U.S. Army Reserve from 1989-1995.

Ramirez, who lives in Berlin, holds a B.S. in education and a Masters of Social Work from the University of Connecticut.