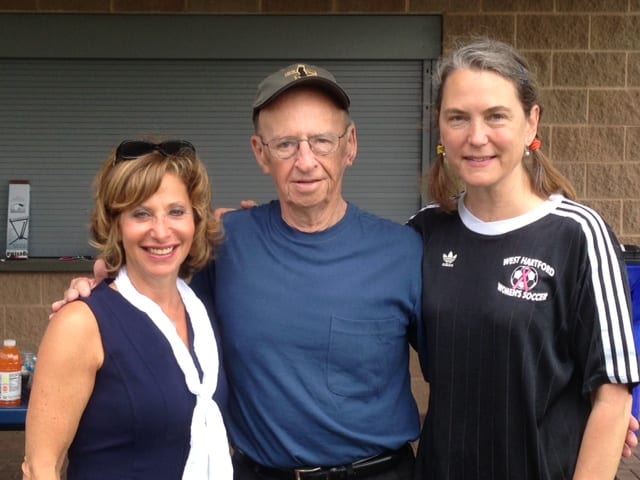 A round robin soccer tournament was postponed due to predicted hazardous weather and field conditions, but the Paul Glover Soccer Complex was officially dedicated Monday, as was a memorial bench honoring Le-An Flaherty.

Monday’s predicted stormy weather resulted in cancellation of West Hartford’s Memorial Day parade and postponement of a soccer tournament, but the afternoon’s planned ceremony dedicating soccer fields and a memorial bench went on as scheduled.

Director of Human and Leisure Services Helen Rubino-Turco said that more than 140 current and former soccer players, as well as others from the community, gathered for the official naming and dedication of the Paul Glover Soccer Complex. Paul Glover was also present at the dedication. 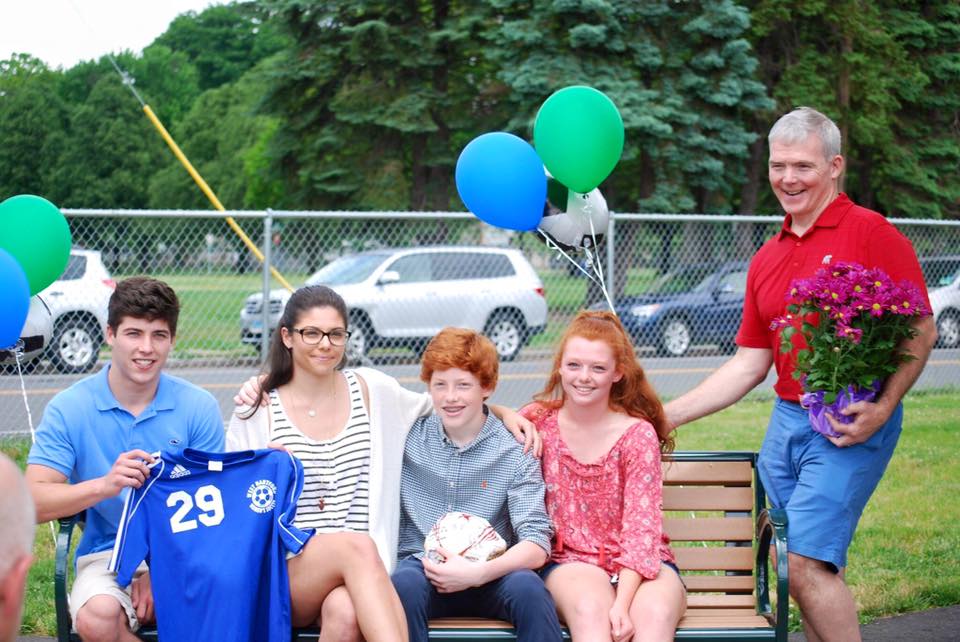 The Flaherty family sits on the bench that was dedicated to Le-An Flaherty on Memorial Day. (L-R): Declan, Eilish, Colum, Cailin, and Jim. Courtesy photo

Mayor Shari Cantor was on hand to read the resolution (see PDF below) passed by the West Hartford Town Council last fall, officially changing the name of the facility from “Goodrich Soccer Complex” to the “Glover Soccer Complex” in honor of the extraordinary contributions made by Paul Glover to soccer in West Hartford.

Friends, family, and the soccer community also took part in the ceremony unveiling a memorial bench donated in honor of West Hartford Le-An Flaherty, a former member of the West Hartford Women’s Soccer Club who passed away in June 2012. 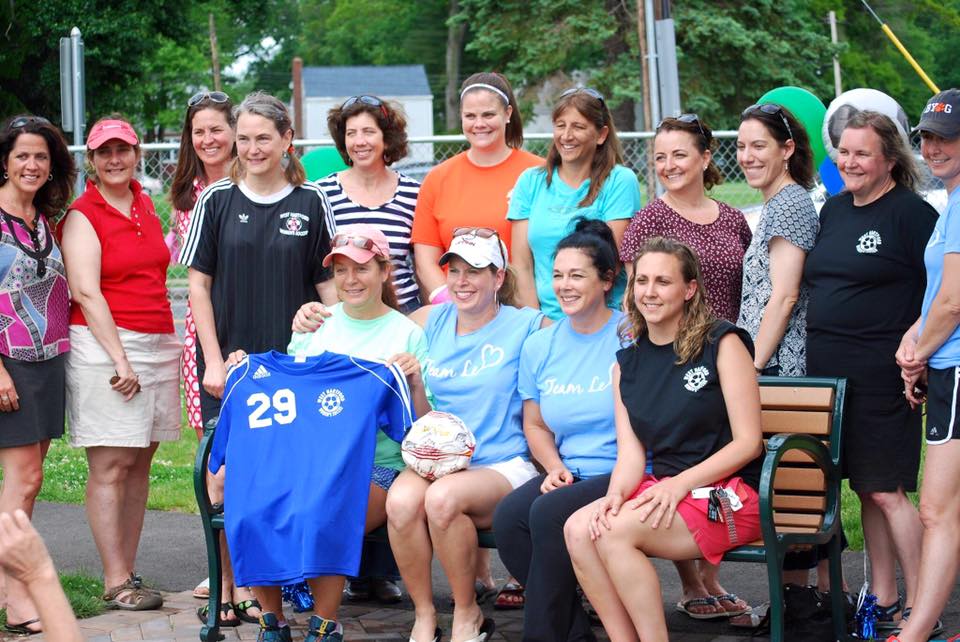