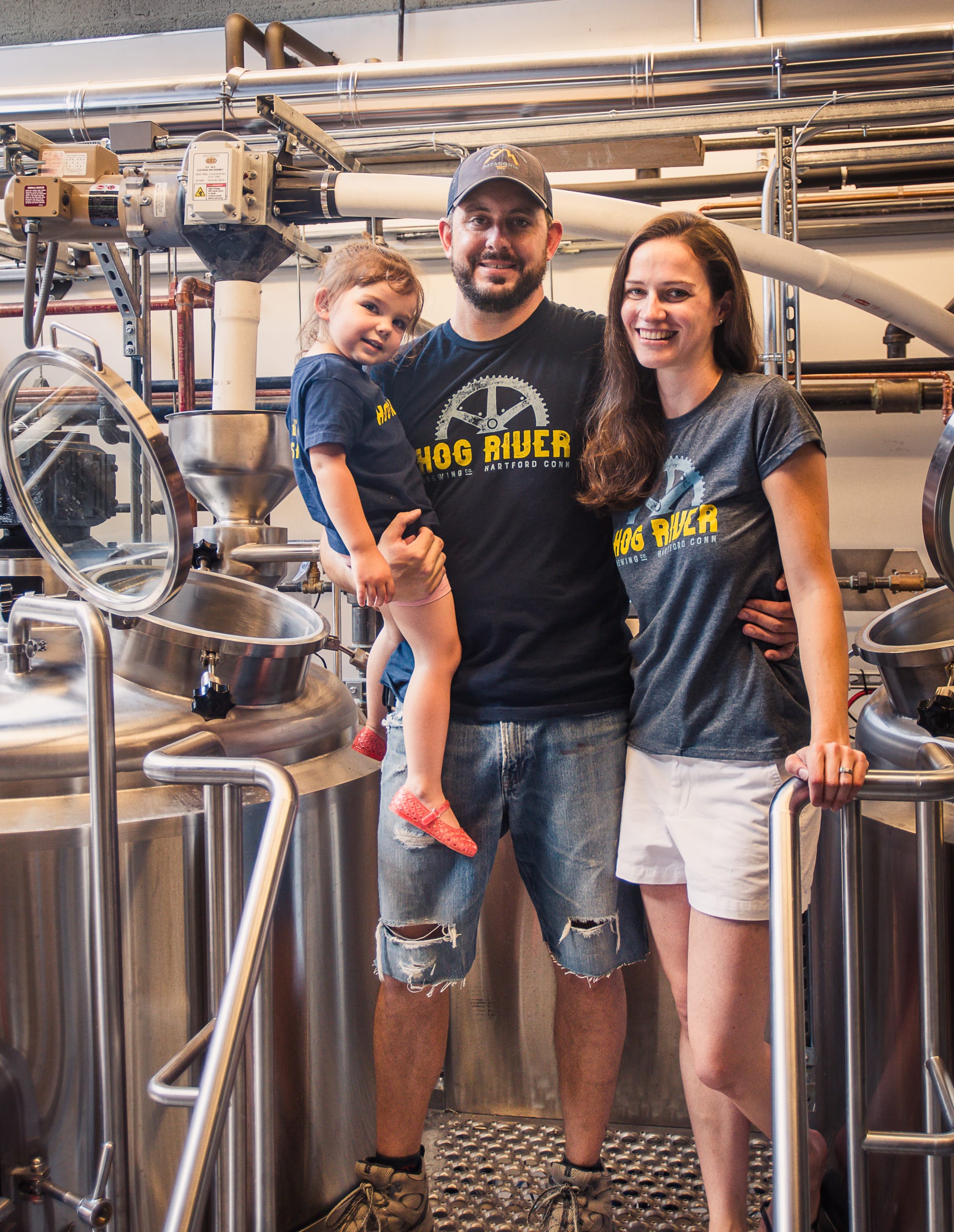 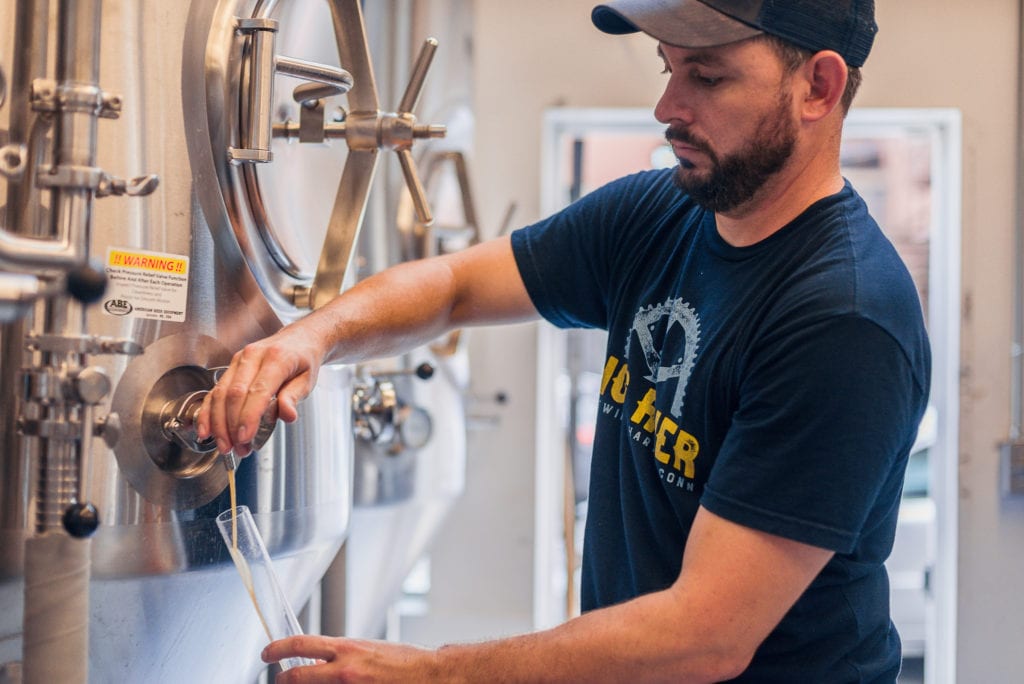 Ben Braddock’s dream has been brewing for years – in more ways than one – and will finally be realized on Saturday, Aug. 20 with the official opening of Hog River Brewing in the Parkville section Hartford.

When the taproom doors at 1429 Park St. open at noon on Saturday, there will be five house-brewed beers flowing from the taps. Three renowned local food trucks – YardBird and Company, The Whey Station, and NoRA Cupcake – will will add chicken sandwiches, gourmet grilled cheese, and cupcakes made with Imperial Stout to the festivities. The celebration will last until 8 p.m., and opening weekend will continue on Sunday from noon until 6 p.m. 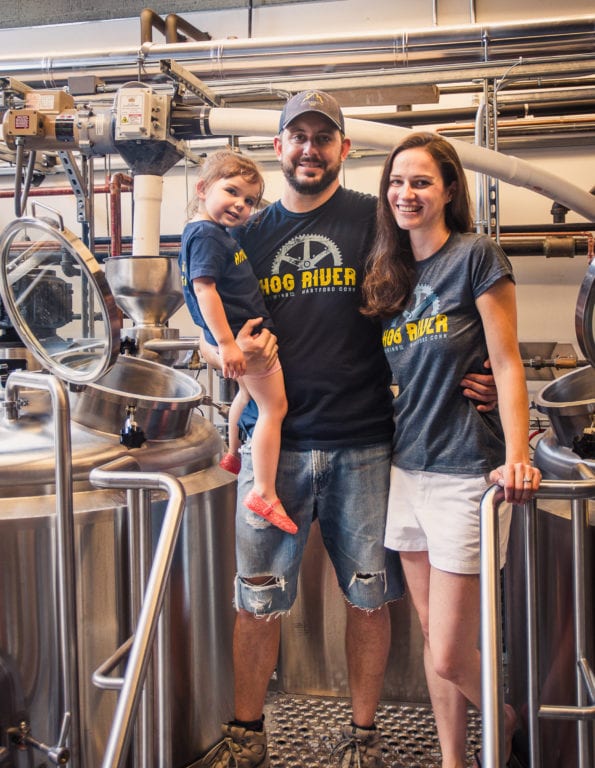 For Braddock, this milestone is not only the culmination of nearly a decade spent turning his brewing talent into a career, but he’s also fulfilling his goal of owning his own business and helping revitalize a Hartford neighborhood at the same time.

Braddock, who lives in West Hartford with his wife (and business partner) Joy and the couple’s 2-year-old daughter, Iyla, started off his career in the insurance industry after graduating from Clemson University. “I was trying to find the perfect insurance job, but I never found it,” he said.

Brewing beer in the kitchen of his home started off as a hobby – and became a passion, Braddock said, but it wasn’t until he was assigned to a project in Minnesota that he decided to quit the insurance industry and make beer his career. Joy convinced him to come back to Connecticut and make a go of it.

At the time the couple was still childless and lived in an apartment. “We sold our car, canceled cable,” Ben said. He soon got a job working at the Thomas Hooker Brewing Company in Bloomfield, and worked his way up from cleaning kegs to running the brew house.

Ben said he is very grateful to the support of Hooker owner Curt Cameron, who even sent him to the Siebel Institute in Chicago where he received a certificate in Brewing Science and Technology.

To further expand his knowledge of the industry, Ben also worked at the Willimantic Brewing Company (Willibrew) in Willimantic– a full-service pub. It was during that time that Ben finally started putting together his business plan, knowing that it would be at least a three-year process.

“Even when he found his passion in brewing, Ben always wanted to own his own business. He’s from a family of entrepreneurs,” Joy said. But Ben said that he felt it was important to get plenty of experience before opening his own brewery.

It’s taken years to get to opening day, and during that time Connecticut’s brewery business has grown from a handful to an industry with plenty of buzz for what will be more than 40 establishments by the end of the year.

Joy said they are excited to bring Hog River Brewing to the Parkville neighborhood of Hartford, where it will help “create more pride for the city” and is also close to their friends and family in West Hartford. 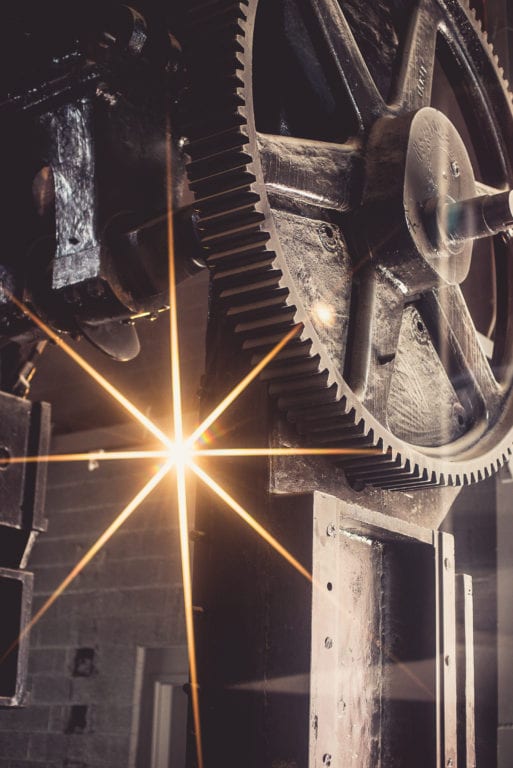 Gear of a 30 ft. machine press from the 1429 Park St. building’s former life as Hartford Rubber Works. Two machines remain and have been incorporated into the decor of the taproom. Courtesy photo

They wanted an old industrial space, and found that in the former Hartford Rubber Works building – multi-use building that combines three floors of residential occupancy with two floors of commercial space.

Two of the old factory’s machine presses remain in the taproom. “It’s a real piece of Hartford history,” Joy said.

Hog River Brewing occupies about 4,000 square feet, and half of which is the brewery. There is seating for 75, and the space has “standing room” that can accommodate a total of 150-175.

“We’re not a restaurant. We’ll do what we’re good at,” said Ben, who after working at Willlibrew decided he didn’t want to run a full-scale pub. They do encourage people to bring in their own food or have it delivered, and will also, as with opening day, bring in food trucks whenever possible.

“The partnerships between taprooms and food trucks is great,” said Joy. She’s excited about having YardBird and Company, The Whey Station, and NoRA Cupcake at opening day, and said there are plans to bring in other food trucks and vendors as well.

When Hog River Brewing opens for “brewsness” on Aug. 20, there will be five featured beers, but those choices won’t remain stagnant. There will also be one house beer – a Kölsch-style, easy drinking ale – but in a true brew pub approach, the other selections will rotate.

Initial offerings will include the classic From the Ashes IPA, a unique and spicy River Run Rye Red IPA, the very British 8th Ward Brown Ale, the subtly smoky (doesn’t taste like “drinking the campfire,” Ben said) Behind the Rocks Smoked Red Ale, and to keep the summer taste going as long as possible, the Gentle Giant Summer Blonde Ale. The big and roasty Flight of Crow Imperial Stout will be added by week two, Ben said. A complete description of the beers can be found on Hog River Brewing Company’s website.

The taproom has 16 draft lines, and Ben said that plans are to fill them with not only house-brewed beers but also hard ciders and locally-sourced draft wines. Two hard ciders from New England Cider Company in Wallingford – including the Barrel Aged Cider – will be among the initial offerings. Local soda will also be served, and cold brew coffee from N2, may also soon be added to the taps.

“We want to offer different local options to our customers,” said Joy, who still has a full time job at a local insurance company but is co-owner of Hog River Brewing, handling marketing and events. “We know that not everyone drinks beer.” 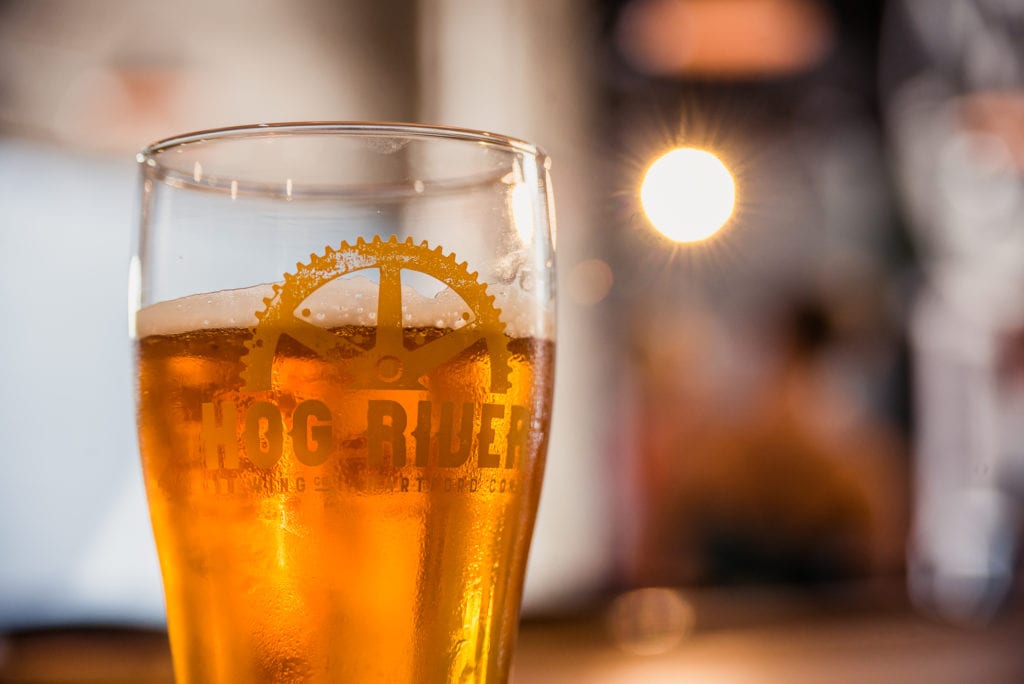 “We want the brewery to be family-friendly,” said Joy, not a bar or late night watering hole.

The Braddocks said that Hog River Brewing wants to be “Hartford’s living room.”

It’s been 18 months since they signed the lease, renovated the space, and gained stated and federal approval to manufacture and sell beer, but come Saturday they look forward to finally welcoming guests to that living room.

“It’s such a good feeling to finally be there,” Ben said. 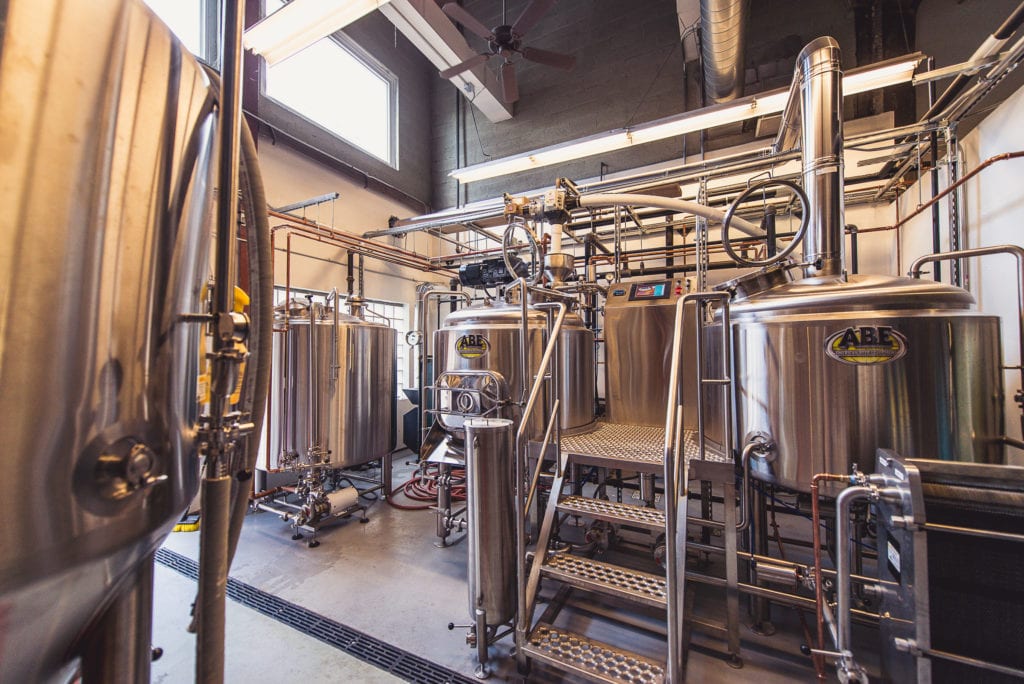