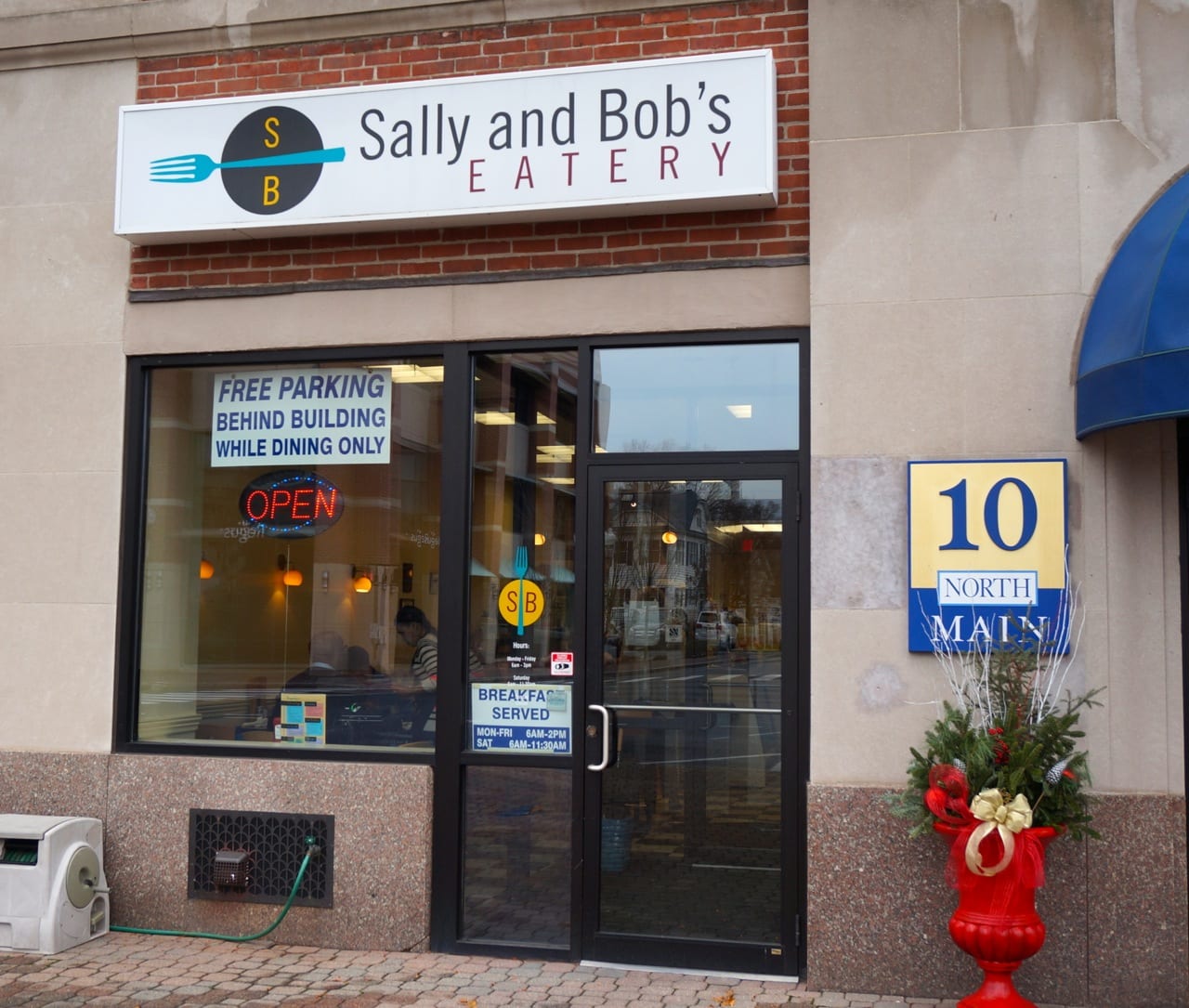 Sally & Bob's Eatery will be sold to Helen Brower and Cesar Contreras as of Dec. 1, 2016. Photo credit: Ronni Newton

Rhonda and Ronnie Zieky, who have owned Sally & Bob’s Eatery on North Main Street in West Hartford since 1983, will officially turn over the keys on Thursday. 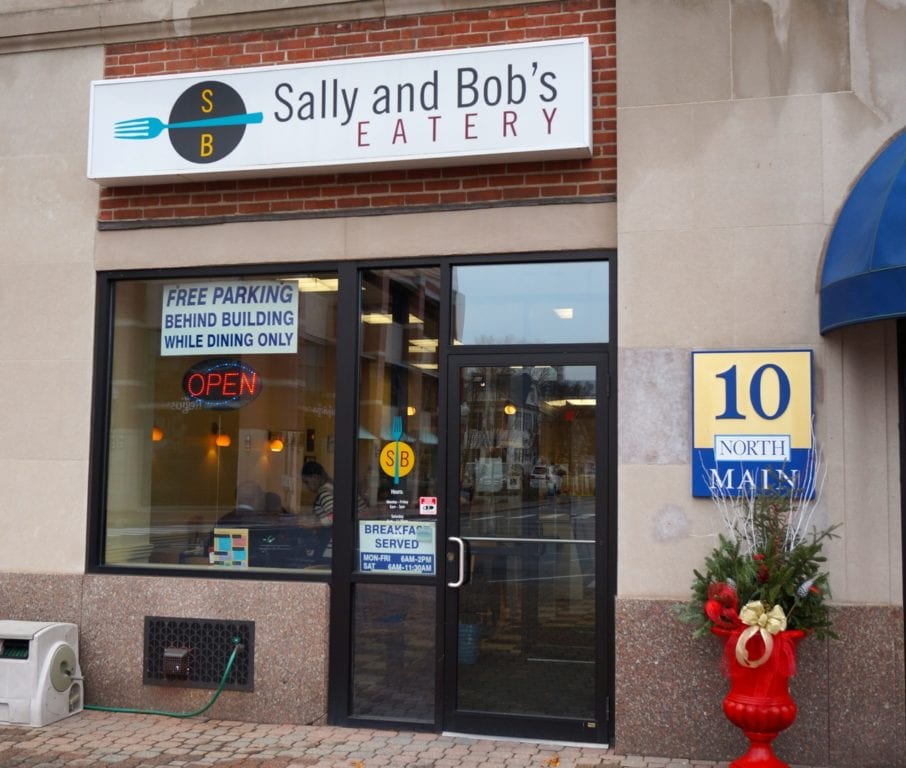 Sally & Bob’s Eatery will be sold to Helen Brower and Cesar Contreras as of Dec. 1, 2016. Photo credit: Ronni Newton

Sally & Bob’s Eatery at 10 North Main St. in West Hartford will officially transfer ownership on Thursday, Dec. 1, 2016, but customers shouldn’t expect much to change in the iconic restaurant.

The buyers, Helen Brower and her husband, Cesar Contreras, are longtime West Hartford residents and customers of Sally & Bob’s. Both also have plenty of local food industry experience and hope to maintain the same warm and comfortable atmosphere that Sally & Bob’s customers have come to love. 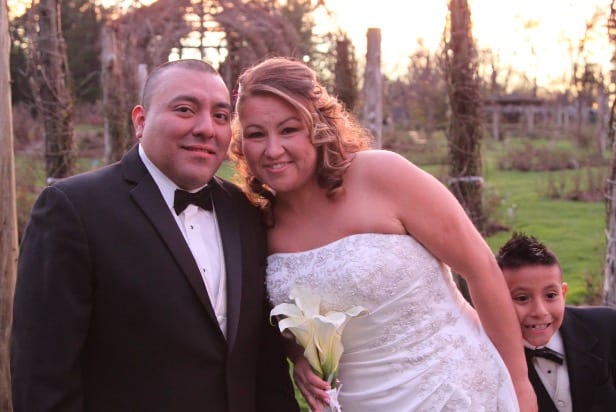 Cesar Contreras and Helen Brower (pictured with their son Alessandro on their wedding day, Nov. 15, 2015) will be the new owners of Sally & Bob’s eatery effective Dec. 1, 2016. Photo courtesy of Helen Brower

In an interview Wednesday, Brower said that buying Sally & Bob’s is “a dream come true.” She’s been working as a server at Effie’s Place for the past 12 years, and Contreras was formerly a cook at Effie’s. The two originally met working at the GoldRoc Diner in West Hartford about 13 years ago, Brower said, and have a 9-year-old son, Alessandro.

“We always said one day we’d love to own our own place. They made it happen for us. They made our dream come true,” Brower said of the Ziekys.

She was choked up as she spoke about the opportunity the Ziekys are providing, and praised them as “so genuine, true people, just amazing people.”

Brower said it was fate that his opportunity came about. She said that years ago she was eating at Sally & Bob’s with a friend who mentioned that it would be the perfect place for her to own with her husband. “Then I brought my husband here, and and said you could cook and I could be out here. It was a pipe dream for us and this just happened,” Brower said.

When she heard that the Ziekys were thinking about retiring and selling the business, Brower approached Rhonda and they eventually worked out the deal. The closing is Dec. 1. “It seems surreal but it was like destiny,” said Brower. 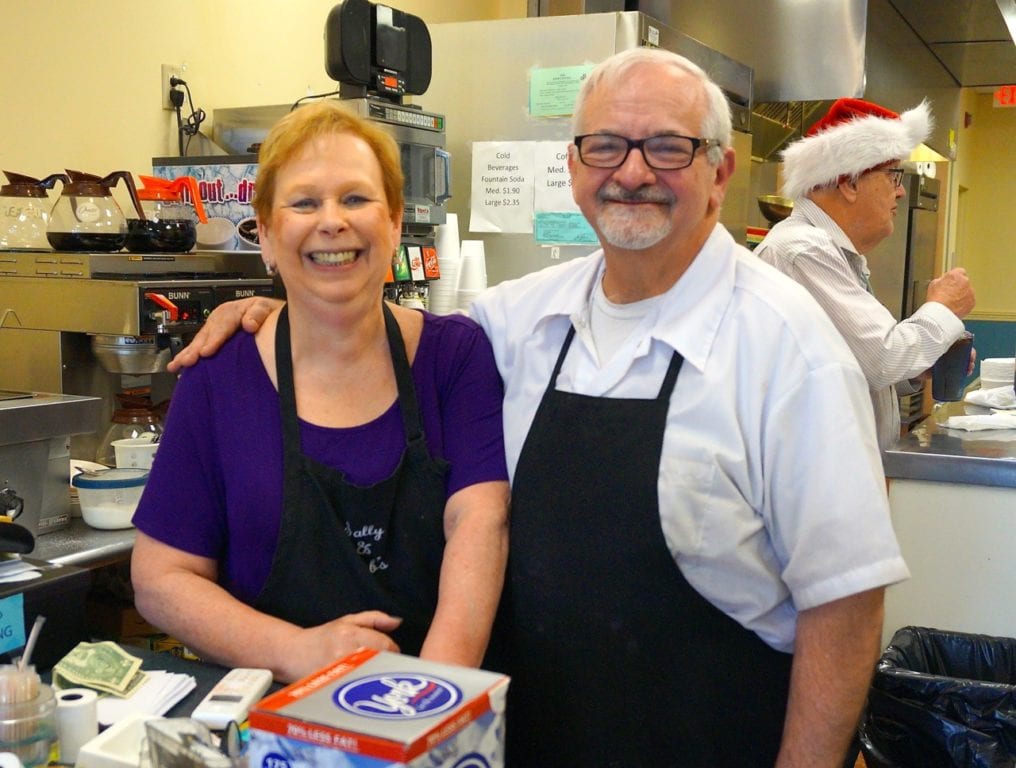 Rhonda Zieky said that she and her husband, Ronnie Zieky, decided to sell about six months ago. She said that Brower and Contreras were the perfect buyers. “They’re so nice, lovely,” and because they both worked at Effie’s, which serves many of the same customers, they will fit right in, Rhonda said.

The Ziekys have owned Sally & Bob’s since 1983 when they bought it from Rhonda’s parents and the eatery’s namesakes. Sally and Bob Dworetsky opened the restaurant in 1969.

Sally Dworetzky passed away last year, and Bob is currently in a nursing home in Bloomfield, Ronnie said. The Ziekys live in West Hartford, and don’t have any plans to move from the area right now, but Ronnie said they will eventually move to Atlanta where all three of their children and their six grandchildren live.

But they do have some immediate plans for their retirement.

“We’re going on a cruise in January, to the Caribbean,” Rhonda said. “And then he’s going to get his knee replaced,” she said, pointing to Ronnie.

Sally & Bob’s has a strong customer base, many of whom eat there every day, but Wednesday morning there were extra customers stopping by who had heard of the Zieky’s retirement plans. 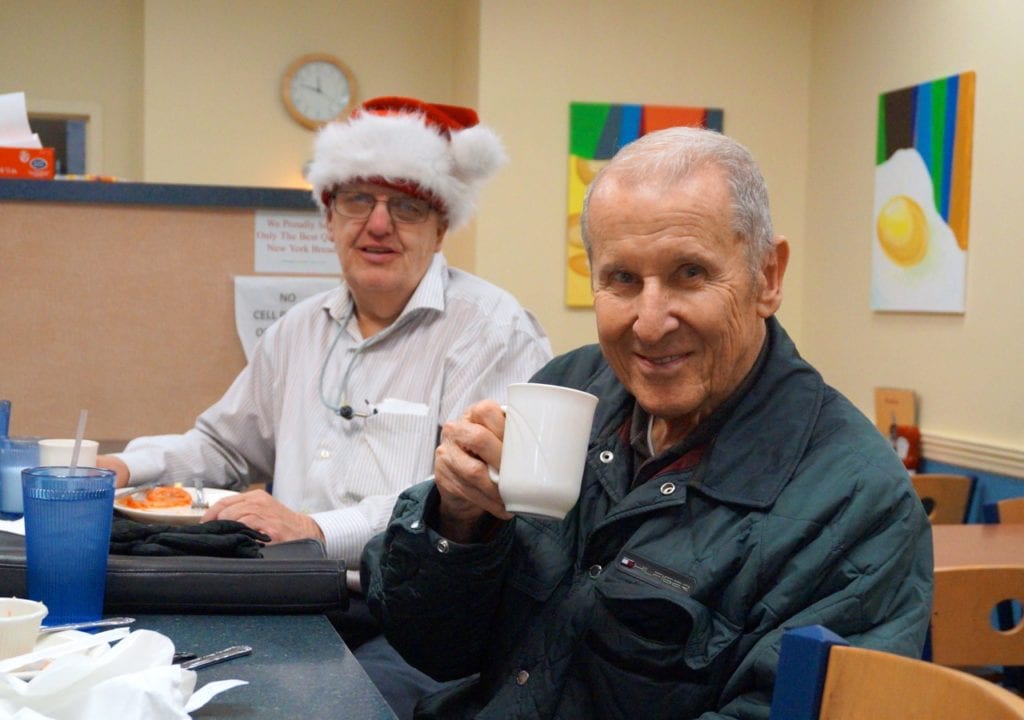 John Farr (right) is a daily customer. He’s pictured here with Larry Little, a longtime volunteer who has a job at Big Y and said he will still help out at Sally & Bob’s. Photo credit: Ronni Newton

“I come every weekday. I like the food, like the company, I have lots of friends here,” said resident John Farr. He’s now retired from the life insurance business, but said he used to work next door.

Farr always has coffee but otherwise doesn’t always order the same thing, but Rhonda said that many customers do. The customers are what she will miss, she said.

“The customers, they’re so nice. We never have any trouble. About half of them walk through the door and we put down their meal. We don’t even have to ask them,” she said.

The most famous customer they’ve ever served was probably singer/songwriter James Taylor who was a customer about 20 years ago, Ronnie said. “He came here for a sandwich, but we didn’t know him, didn’t recognize him,.” Someone who works in another office in the building told him after Taylor had left.

Rhonda said she will miss the many customers who have become her friends and the socializing, but she’s looking forward to resting her legs and to Ronnie getting his knee taken care of.

“I don’t know yet if it’s going to agree with me or disagree with me,” Ronnie said of retirement, but he is looking forward to a vacation and spending more time with the family.

Brower said that owning Sally & Bob’s is a great next step for her and her husband, as well as for their son Alessandro who is currently a fourth-grader at Whiting Lane Elementary School. The eatery’s hours – it currently closes at 3 p.m. – will allow the family to sit down to dinner together every night, something that has been rare since she works days and Contreras has been working in the evenings for George’s Pizza in Hartford.

The name will remain Sally & Bob’s. “It has a great reputation. They worked so hard and we don’t want to change that,” Brower said.

The menu will remain the same as well, although Brower said that some new breakfast and lunch specials may be added. Contreras is the cook, and he’s “very good at what he does,” Brower said.

The only change that may be made sooner rather than later is adding Sunday hours beginning in January.

Brower said Alessandro will likely spend plenty of time at Sally & Bob’s. He’s grown up with both of his parents working at restaurants. “We want to teach him a good work ethic, that you can do it,” she said.

Tuesday was Brower’s last day at Effie’s and Contreras just left his job at George’s Pizza, too. Both have already been spending time at Sally & Bob’s, learning the ropes and meeting the regular customers.

“We close tomorrow and we start Friday,” said Brower. She’s thrilled that the Ziekys have agreed to stay for another two weeks to ease the transition.

Brower said that West Hartford is an amazing community, a town that works together, and she’s excited about becoming a business owner. “We want to stay here, build our life here.”

Rhonda said that Helen and her husband will do great. “They’re lovely,” he said.

“We’re enthusiastic and going into it strong,” Brower said. 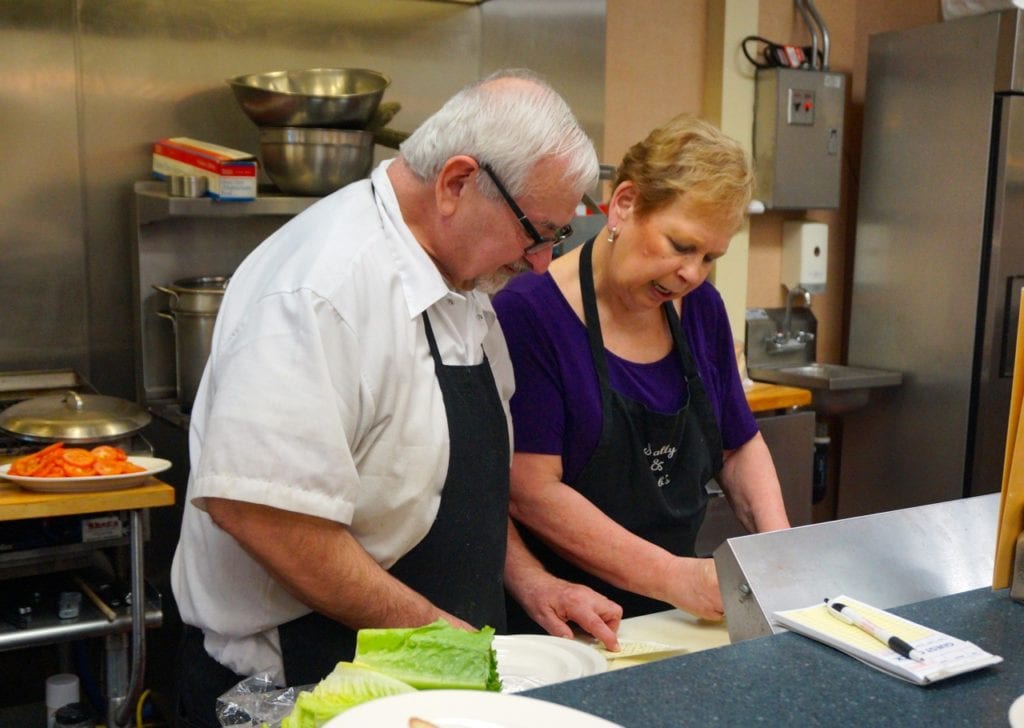 Ronnie (left) and Rhonda Zieky review an order together on Wednesday, the last day they would be owners of Sally & Bob’s Eatery in West Hartford. Photo credit: Ronni Newton