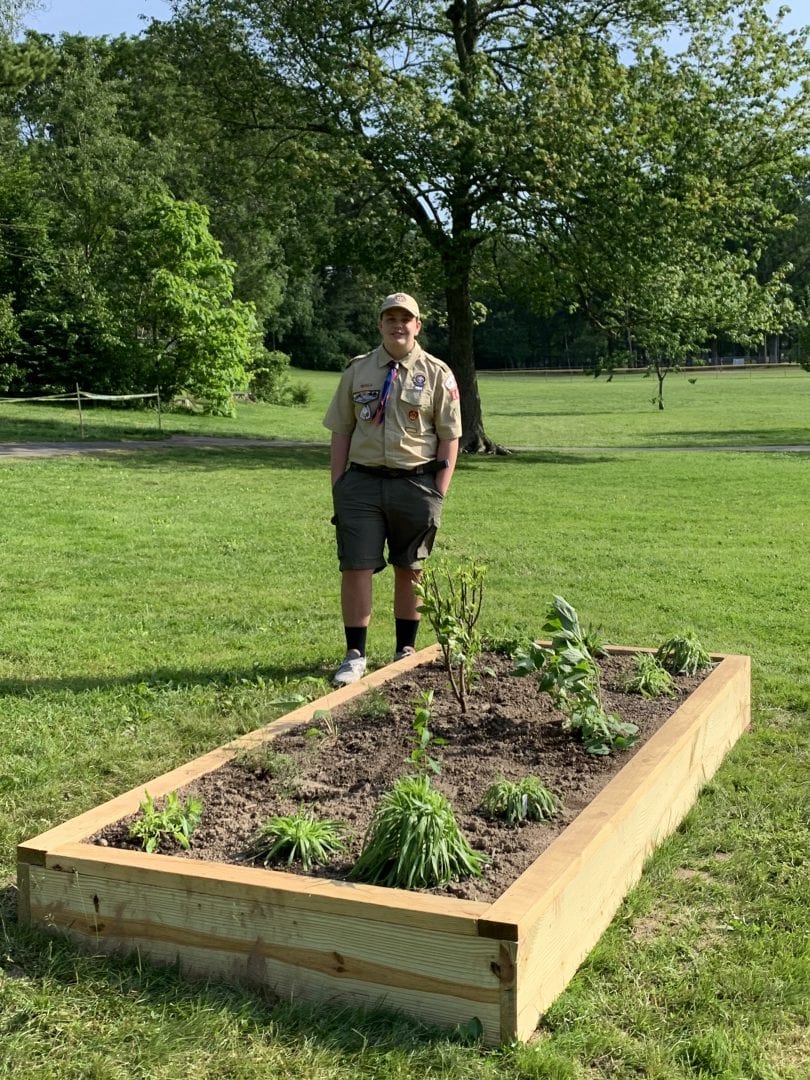 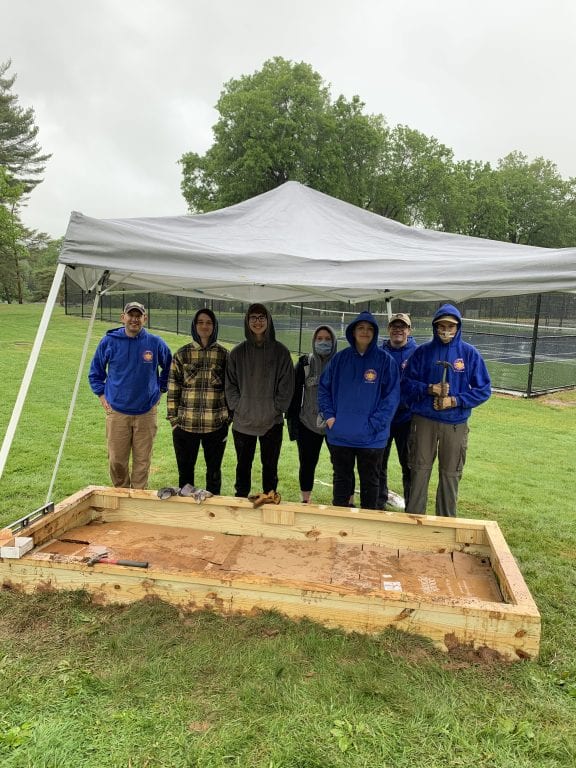 A West Hartford Boy Scout has created a protected habitat for pollinators for his Eagle Scout project, an effort that will benefit the community in multiple ways as it also is a contribution to the town’s Pollinator Pathway.

Owen Macdonald, a rising sophomore at Conard High School, started his scouting career at Duffy Elementary School in Pack 161, and is now a senior patrol leader with Boy Scout Troop 146.

Eagle Scout projects are not intended to be completed solely by the candidate, but rather to show the Scout’s leadership in planning, development, and execution of a project that will benefit the community.

In Macdonald’s case, he collaborated on the design and building of the pollinator garden with the Town of West Hartford, Friends of Fernridge Park, and the Connecticut Master Gardener Association.

“Mr. Douglas Jackson, park naturalist at Westmoor Park, has been integral in assisting with the sponsorship of this project and helping to coordinate approval of my building plan and obtaining some essential supplies, like the soil for the garden bed which was provided by the Town of West Hartford,” Macdonald said. “Ms. Debbye Rosen, a master gardener, had a grant from the Connecticut Master Gardener Association which provided financial support for the building materials used in the construction of the raised garden bed as well as the plants to be installed in the garden.” 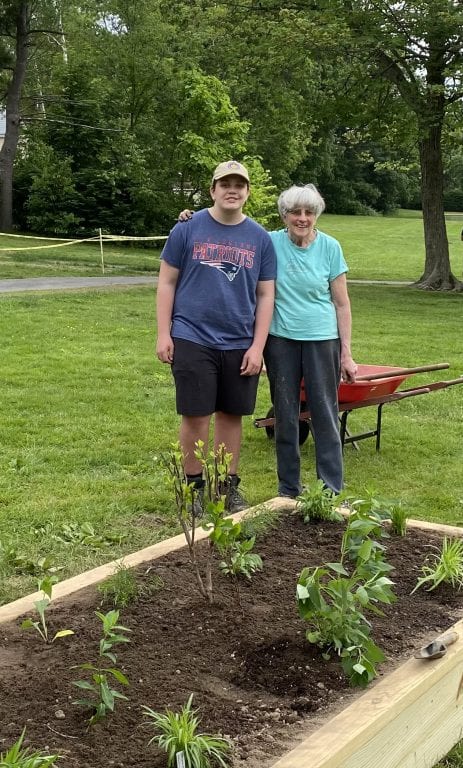 Rosen helped with the select some native plants to be included in the sun-filled garden, which include: Clethora Ruby Spice, Liatris Floristan White, Phlox Paniculata Laura, Echinacea Wild Berry, Salvia May Night and CoreopsisMoonbeam. She also created a design and map for the planting.

“These native plants should be well adapted for the local climate and will have a variety of bloom times over the spring and summer once they are established in the garden,” Macdonald said.

Construction began the Saturday of Memorial Day weekend, and despite the cold rain that fell most of the weekend, Macdonald said they were lucky to have rain-free weather for the first part of the day, and made use of borrowed tents for protection later in the day.

The pollinator garden, which was completed the first weekend of June, is a 10-foot-by-4-foot raised garden bed, located near the tennis courts. 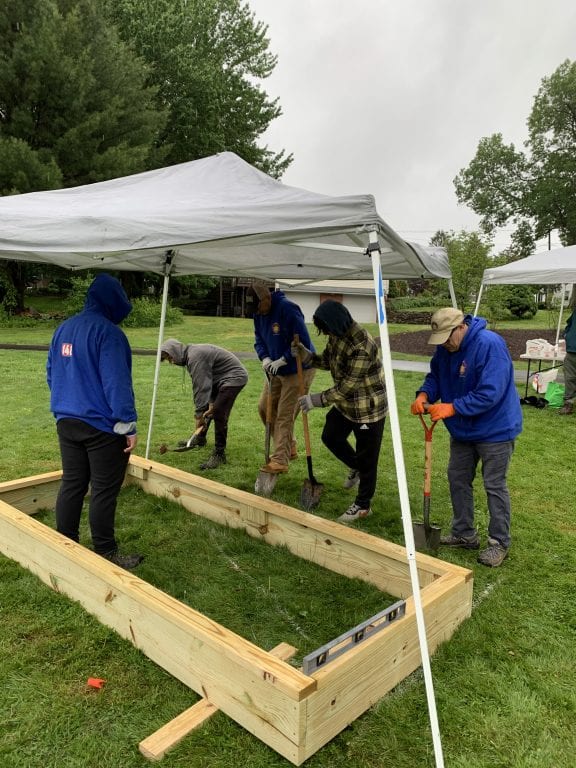 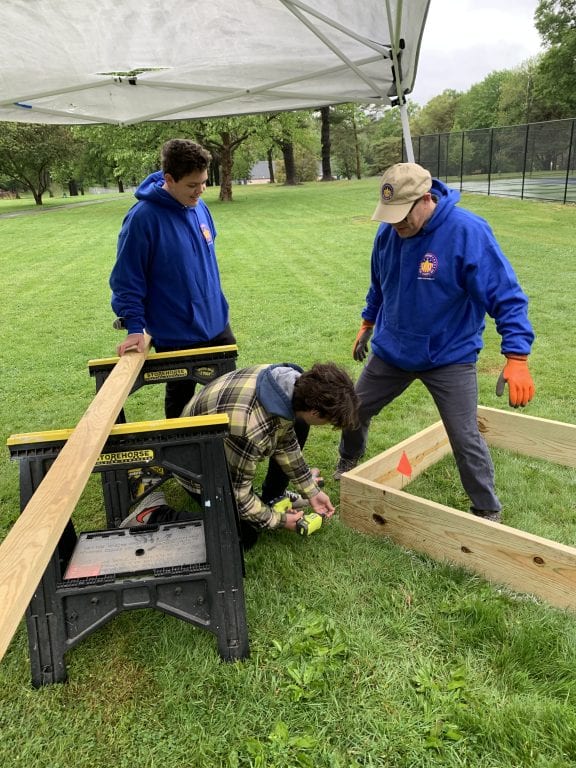