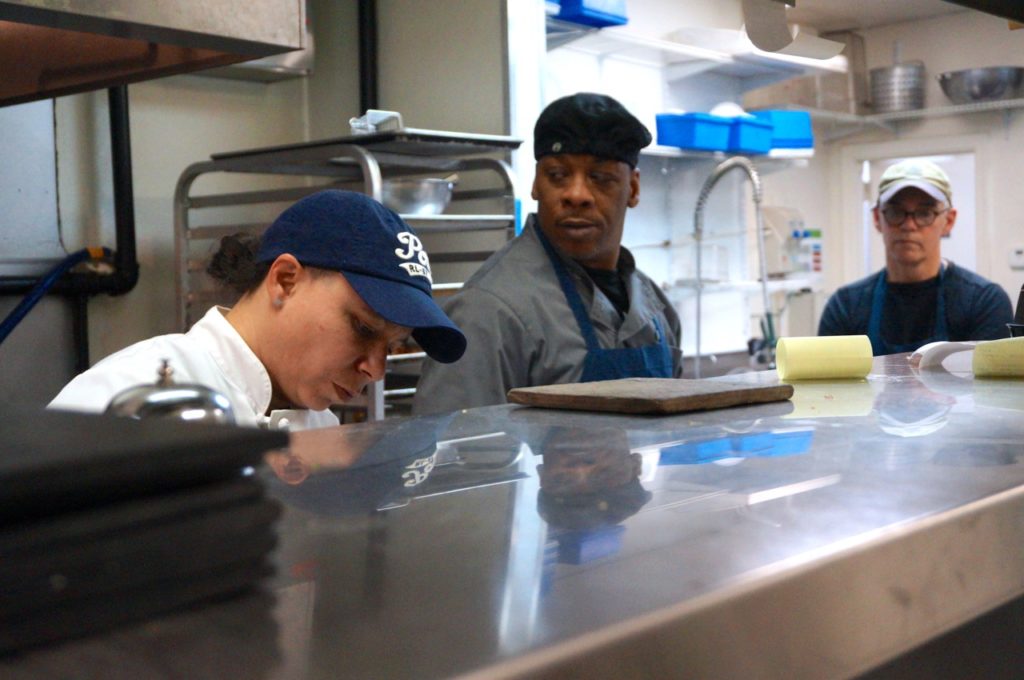 Louis Lista (right), owner of the Pond House and a partner in Zest 280, works with Felicia (left) and ‘Spice.’ Photo credit: Ronni Newton

In the sport of hockey, beating a good goaltender requires a relentless determination in front of the net and a tenacious resolve to work for every point, because it’s those second-chance opportunities that set the stage for victory. The same can be said when trying to beat a culture that often denies those involved in the criminal justice system a shot at a second chance.

For a person with a record – a “returning citizen” – the most significant challenge they are faced with is finding a job. Any effort to recapture a gusto for life is stifled by a small box on an application for employment. Now a West Hartford eatery is trying to address this problem and provide support to those who are weighed down by the stigma of incarceration by creating opportunities for securing a job.

Zest 280, which is located at 280 Park Rd. and is an adjunct of the Pond House Café offering a universally-inspired cuisine, recently announced its new direction of becoming a “mission-based” restaurant.

The restaurant’s tagline was already “The Eatery with a Twist” when it opened in 2015. Zest 280 closed in June 2016 for a vacation, and revealed late last summer that owners were working on the new mission.

Zest 280 reopened this week. It will continue to provide an exceptional dining experience and has brought back its menu of soups, salads, sandwiches, and grain bowls but has added another “twist” as ownership launches an “Externship Culinary” program sponsored by Community Partners in Action (CPA).

“I think because of the environment we have here in West Hartford, being so diverse, this is a great place, a great area to start new things,” said Kim Yarum, co-owner of the Pond House Café.

Through a structured training program, people seeking a second chance to re-enter the workforce will have the opportunity to gain the necessary skills to excel in the culinary, arts and/or hospitality industry.

“Everyone makes mistakes, and you are going to make mistakes in the kitchen. It’s how we correct those mistakes and problems that matters,” said Yarum.

The ‘Externship Culinary’ program will run 8-10 weeks, depending on how fast an employee is learning. During that time, Zest 280 will employ two people, one for the front of the house and one in the kitchen, and hopes to see a minimum of 20 applicants come through the program in a calendar year.

“Billings Forge has a great first step training and interview program. Employees will go through the Billings Forge 10-week program first and when it’s completed they will have some great skills, but not enough to support themselves or work in a fast-paced restaurant. This culinary program will provide them with that experience and know-how,” Yarum said. “Once they have the proper knife skills, know temperatures and safe food handling, then we will show them how to make a nice tuna salad in three minutes with five tickets on the line. It’s that experience that will prove to be invaluable.”

Yarum acknowledges it’s difficult to find the level of a trained person needed for a busy restaurant, which makes this program something even more meaningful to the restaurant community.

“Our hope is to try to unite different restaurants to find jobs for our residents of the program. We want our employees to spend at least two hours in a restaurant they want to work in. By investing that time, they will learn the needs of that restaurant and how it works, giving them a better chance to work in that restaurant. When a chef or cook or dishwasher calls out sick, rather than calling a temp agency, we will have a pool of candidates to offer to a restaurant, someone who has spent time in their kitchen learning all the nuances. So, when there’s another sick call, if one of our employees did a good job filling in the first time, they’ll get called again and when there’s a job opening, that person has positioned themselves for being hired full-time. It’s a win-win for our employees and for the restaurant business in our area,” Yarum said.

Inspired by the extraordinary work CPA does to make a positive impact on the lives of adults and youth throughout Connecticut, Yarum is honored to have a role in helping to make a difference. “Our community is filled with people with open arms. We have always worked with CPA and have hired people from their program over the years. I will give you a second chance and even give people a third chance, but only as long as they hold themselves accountable. This is not a free ride.”

The partnership between the Pond House Café and CPA has been a long and close one, collaborating on countless efforts together since 1999. Yarum loves sharing stories about the individuals she has hired through CPA, and why some need a “third” chance.

“We hired a man out of prison, he came from a halfway house and started as a dishwasher. In two-and-a-half years he was behind the line doing brunch. He thought his experience was enough that he could handle the fast pace of this business in another setting, so he moved to a different restaurant. It proved to be too much for him and he ended up back in jail. After he got out he called me and asked if I would hire him again so he could pay back a debt he owed. We didn’t think twice, but what we did think about is where to put him. We wanted to be sure we put him in a position to succeed and we carefully worked to figure out his strengths. He has incredible prep skills, and not only does he prep during the day, but he does all the prep for our big events, like weddings,” said Yarum.

“Kim and Louis [Lista, owner of the Pond House Café] are providing an incredible platform for folks who simply need someone to give them that second chance,” said Deborah Rogala, Program Operations Director for CPA. “We believe people really can change, if given the opportunity and resources. It’s hard for people to take a chance on someone when you see a charge or criminal record first. There’s instant reaction to it. Kim and Louis understand the human story. We need more of Louis and Kim out there.”

There will be more of “Louis” out there, on the roads. Lista will be turning 60 this year, and in honor of that milestone, he will be running his sixth marathon, the Philadelphia Marathon, in November. The 26.2 miles he will log on the streets of Philly will come with a price tag as he sets out to raise $60,000 for his 60 years, with all proceeds being donated back to the culinary program.

Lista and the Pond House Café will kick-off the fundraising efforts on March 21 with a “Taste of the Pond House” event. Chefs will be invited to cook their favorite foods and to recognize Lista’s marathon goals. Since a marathon is 26.2 miles, tickets for the ‘Taste of the Pond House” will be symbolically priced at $26.20. In the meantime, if folks would like to sponsor Lista’s run, donations can be made on the Community Partners in Action website under “Run Lista Run.”

Zest 280 is currently open for lunch, Monday through Friday from 11 a.m.-2:30 p.m. Take-out service is also available. For more information or to view a menu, click here. 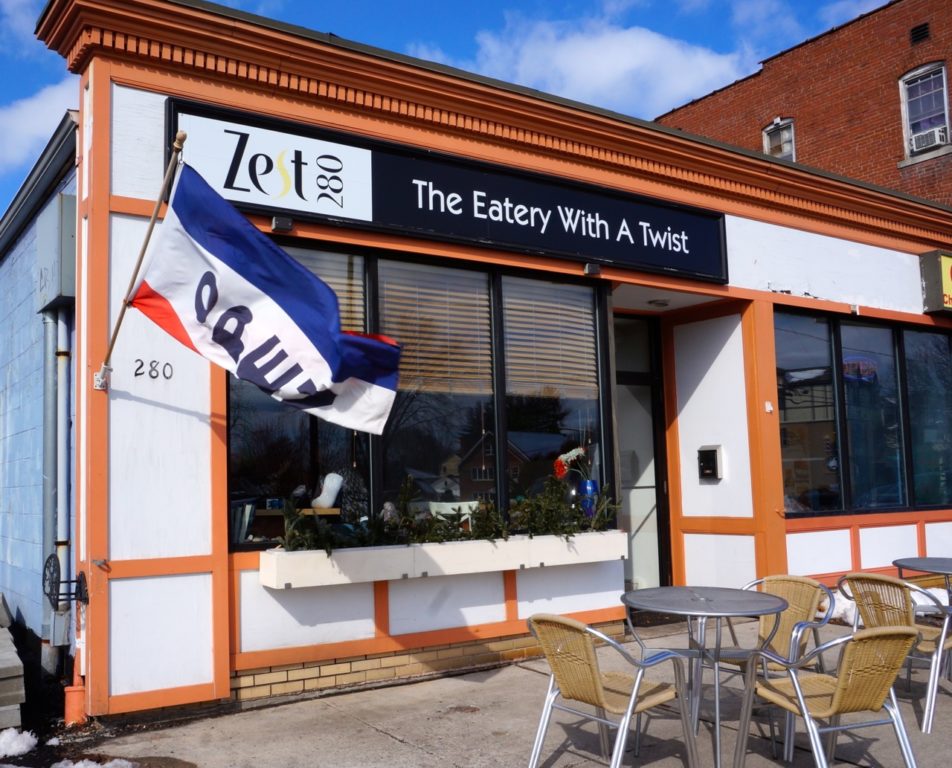 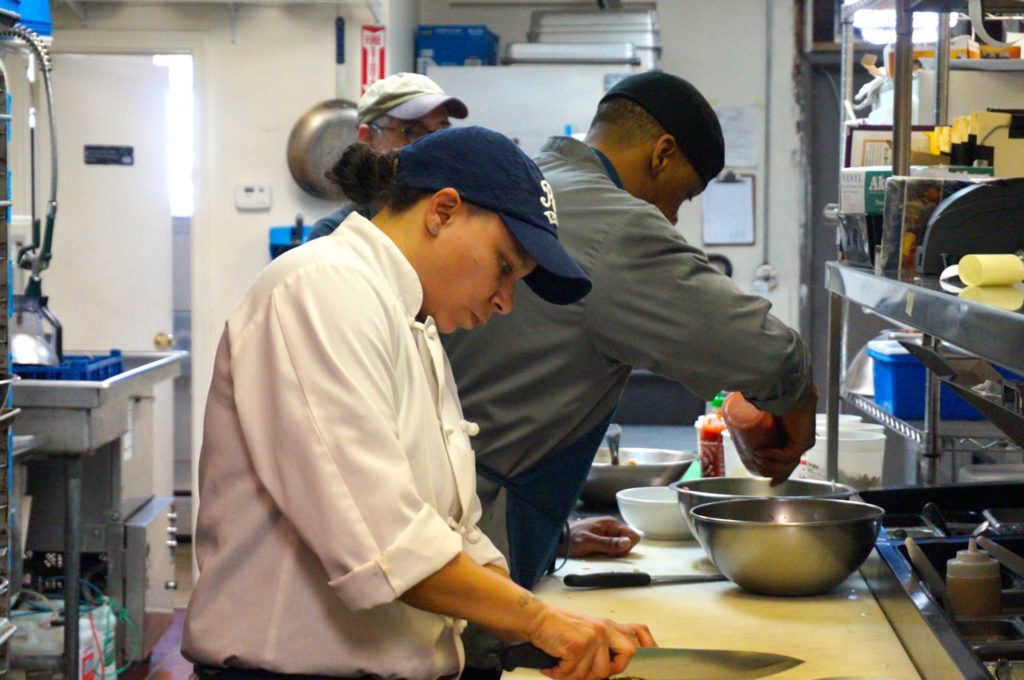 Felicia (left) has already been training and is working with Zest 280 on its new mission. At right is ‘Spice’ – whose new nickname was given because of his introduction to new flavors. Photo credit: Ronni Newton 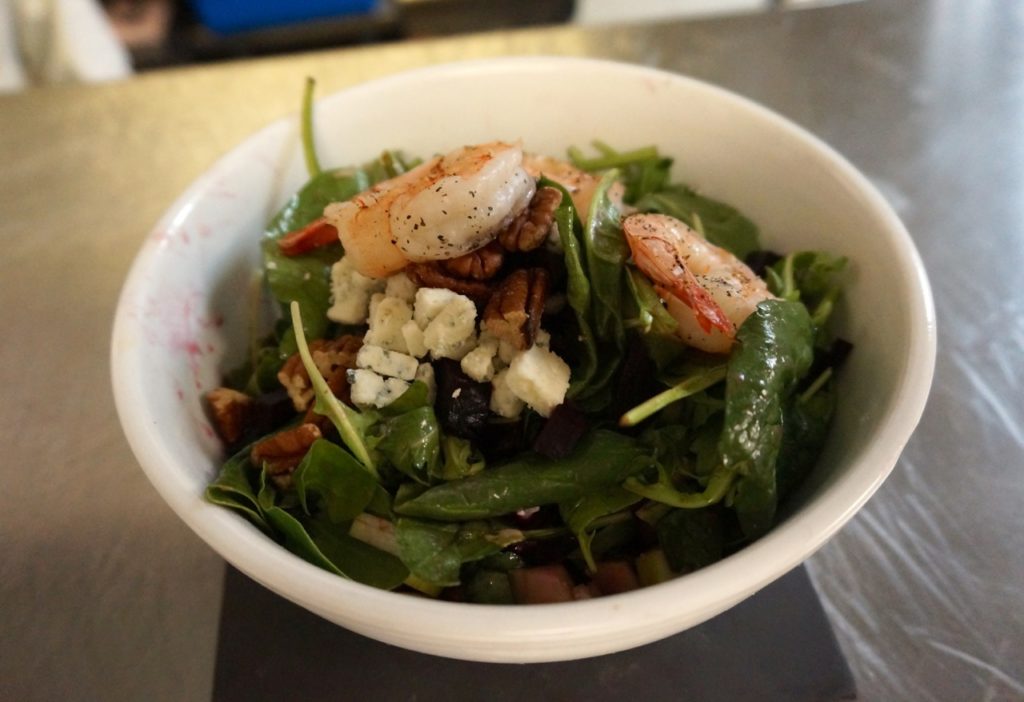 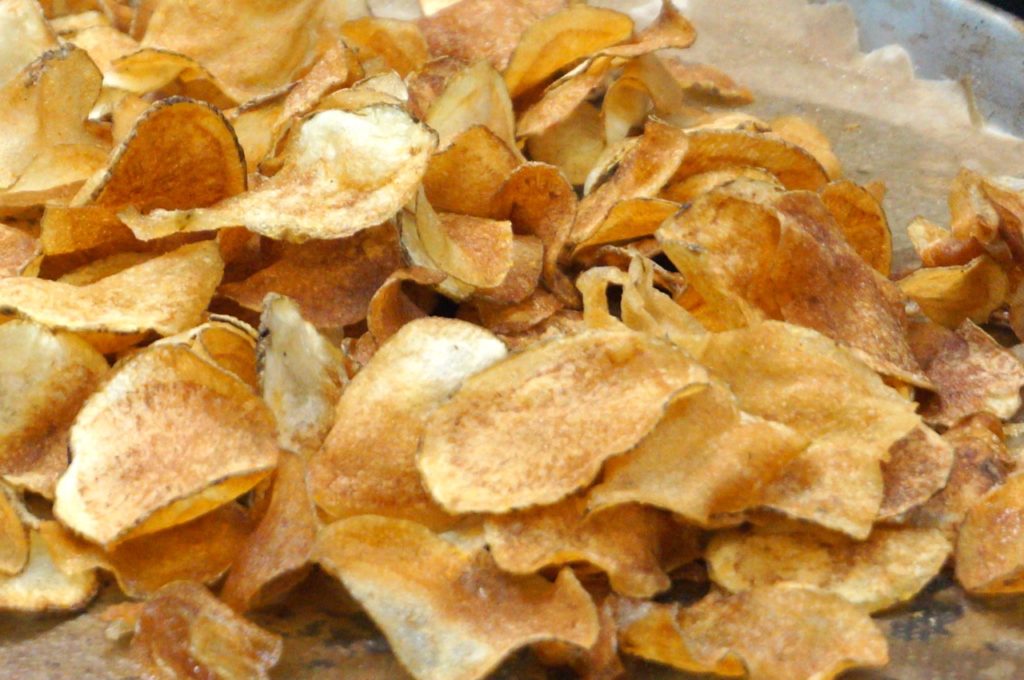 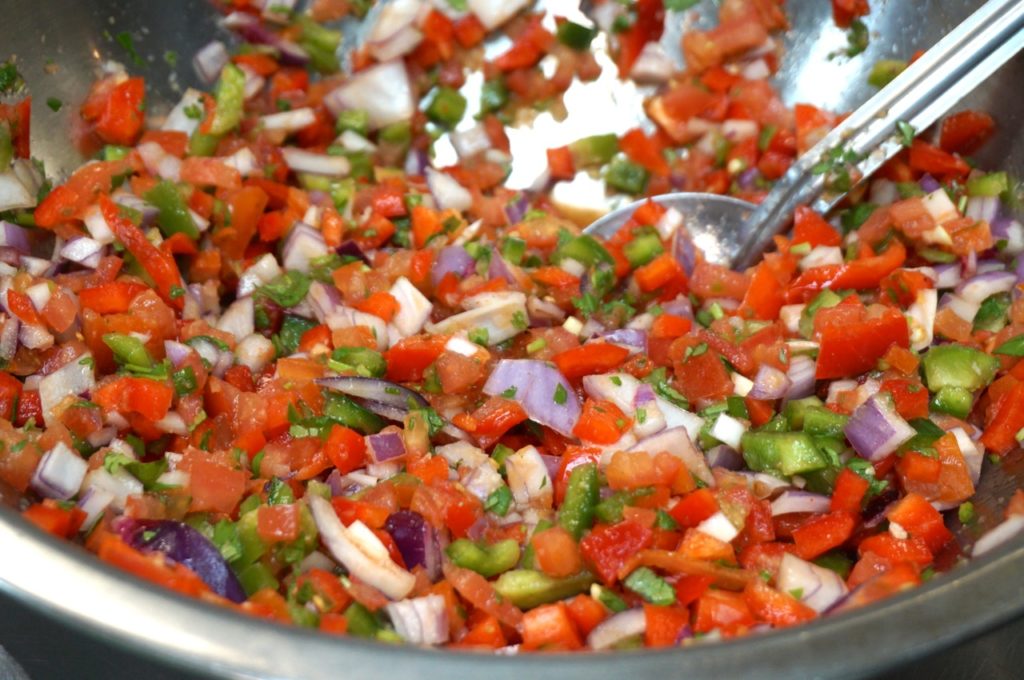 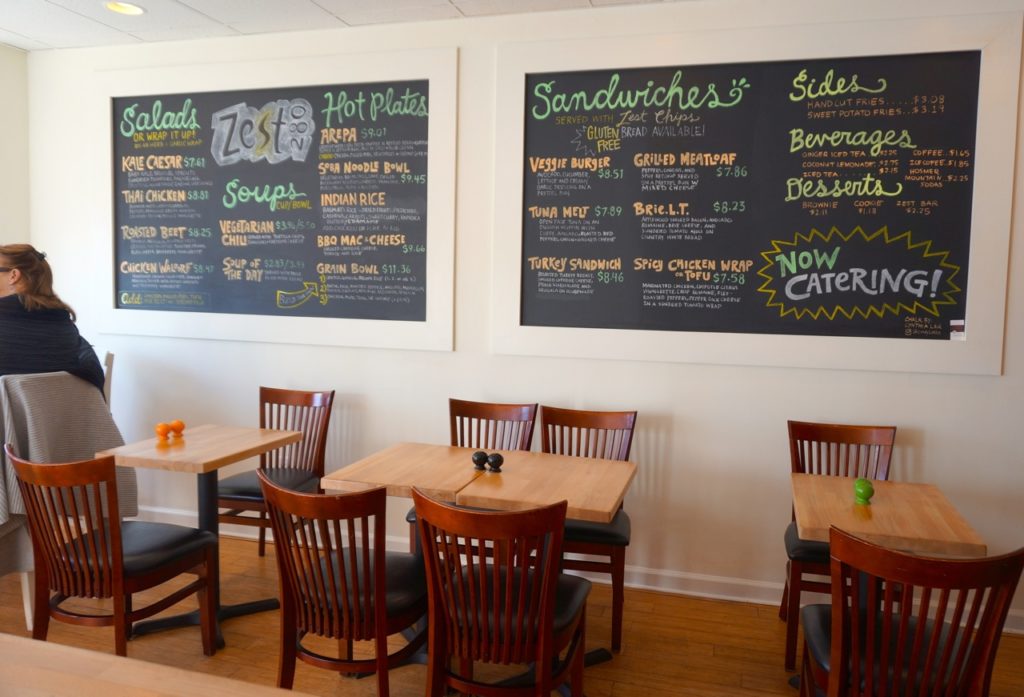 The menu at Zest 280 has not changed – but a new mission has been added. Photo credit: Ronni Newton 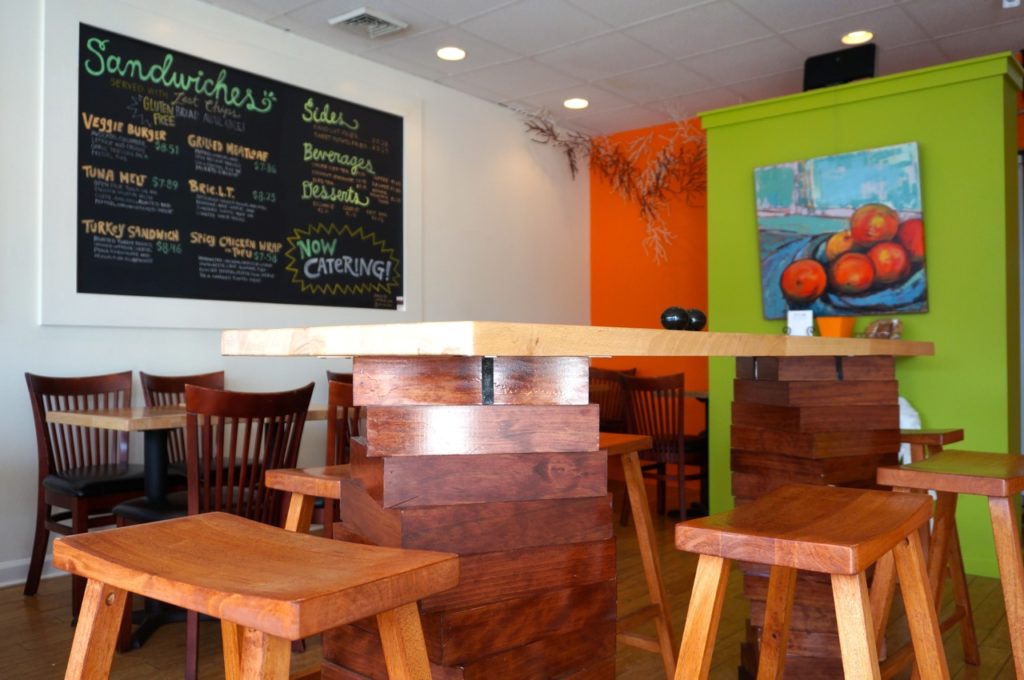 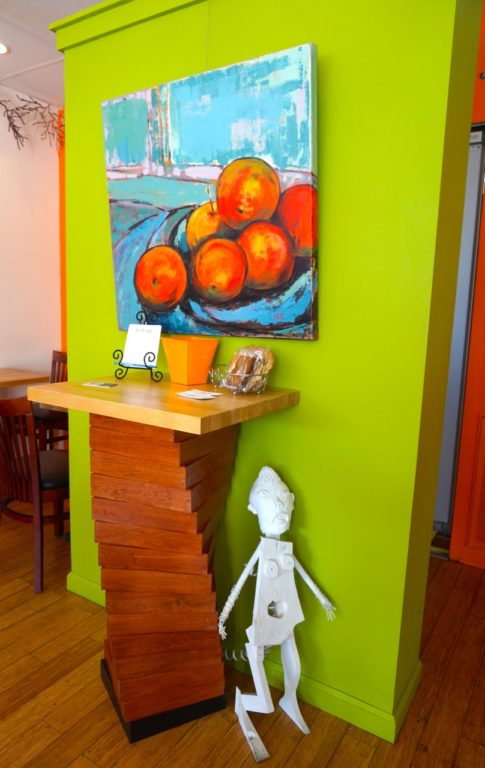 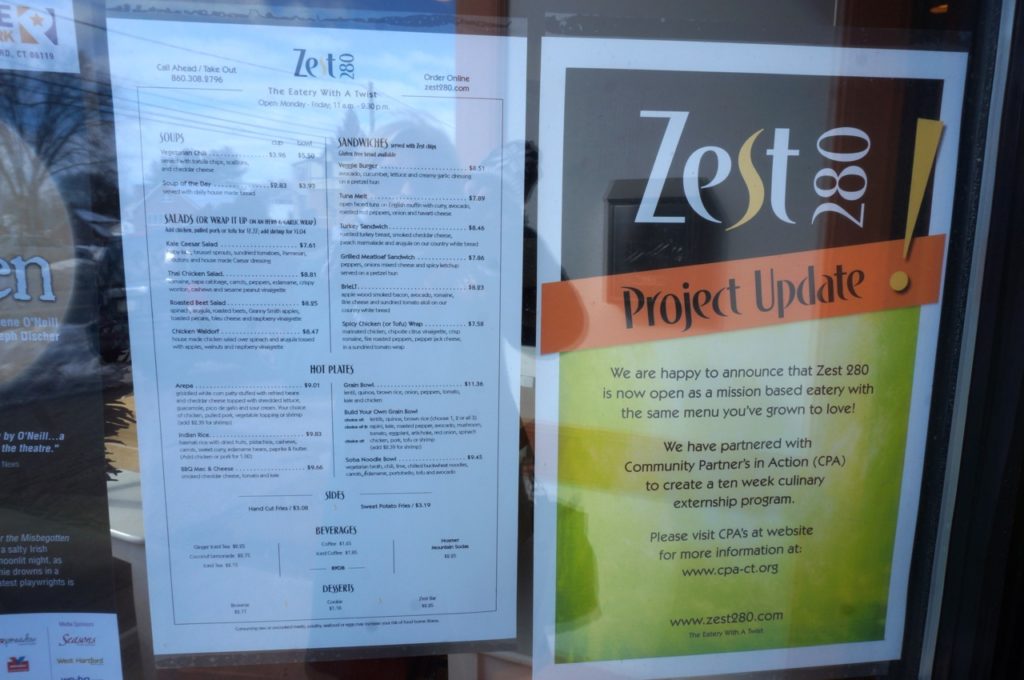