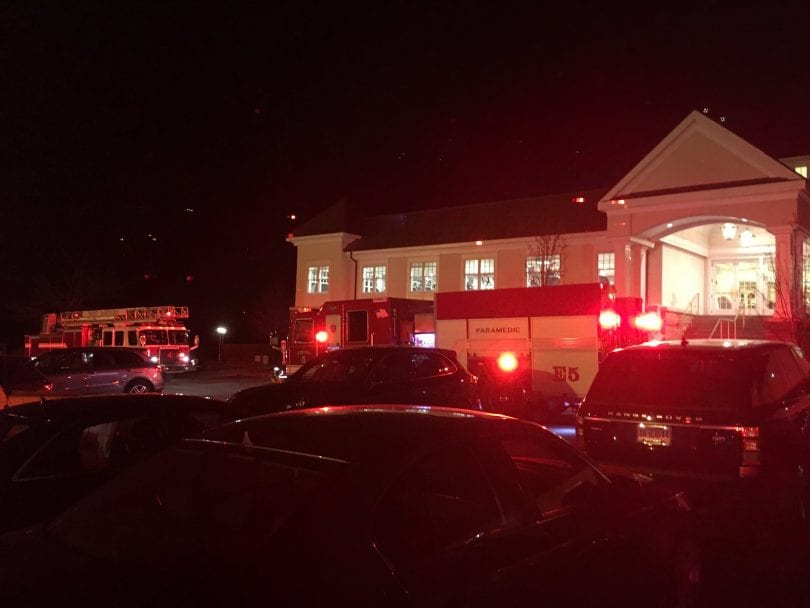 West Hartford Fire Department on the scene of a small fire at the Hartford Golf Club. Facebook photo

A fire in the laundry room at Hartford Golf Club was quickly extinguished by the West Hartford Fire Department.

A small blaze in the laundry room at the Hartford Golf Club on Norwood Road was quickly extinguished by the West Hartford Fire Department on Thursday night.

According to Battalion Chief William Kall, the report that came in at 6:10 p.m. was received as a “box alarm,” and Quint 4 responded to the scene.

Kall said that when the first crew arrived, Hartford Golf Club employees told them that it smelled like an electrical fire and directed them to an area where smoke could be seen. The incident was upgraded to a structure fire, and units from Stations no. 1 and 2, as well as the shift commander, also responded.

Firefighters discovered that towels in the laundry room were burning up. They were able to quickly extinguish the fire and ventilate the building.

Kall said that by the time he arrived, the fire was already out.

Kall said that the building had been evacuated without incident and there were no injuries.