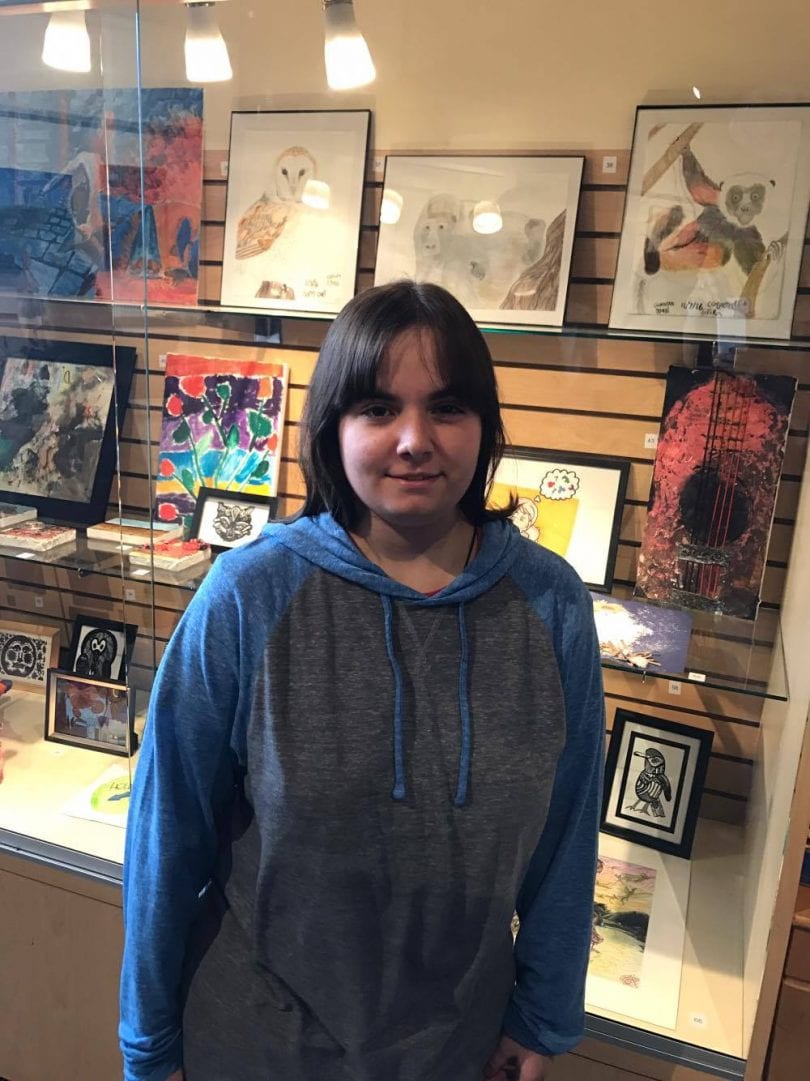 Giovanna Sgarbi of West Hartford has several pieces of art on display at the Through Our Eyes exhibit. Courtesy photo

‘Through Our Eyes’ features the artwork of Giovanna Sgarbi and others artists with autism or other neurodevelopmental conditions, and is part of a week-long celebration of brain health and brain science for mental health awareness. 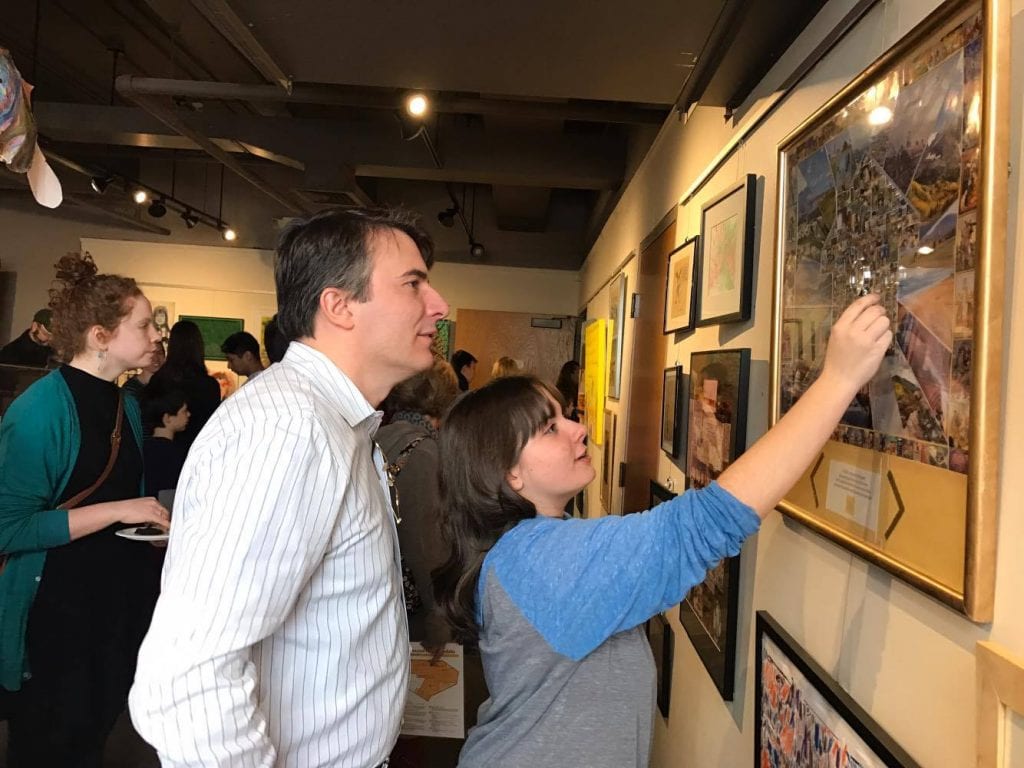 Giovanna Sgarbi shows her dad, Sergio Sgarbi, one of the pieces of art at the Through Our Eyes exhibit. Courtesy photo

Like many 14-year-old girls, West Hartford resident Giovanna Sgarbi likes to draw and her family is thrilled that several of her pieces were chosen for an art exhibit.

The exhibit – “Through Our Eyes” – features several of Giovanna’s drawings as well as work by other artists with autism or other neurodevelopmental conditions. The exhibit opened Saturday at the Museum of Work and Culture, 42 South Main St., Woonsocket, RI, and will be on display through April 30. Local artist Matthew Best, also a West Hartford resident, is curator of the show which also includes work by several other West Hartford artists.

“The exhibition is beautiful and they had a wonderful turnout,” said Mariana Sgarbi, Giovanna’s mother. She and her husband Sergio brought Giovanna and their son Cristiano, a junior at Conard, to the exhibit opening on Saturday.

“My daughter was so happy! She doesn’t really show it but I can tell. This has definitely made a difference in her life and helped with her self esteem,” Mariana Sgarbi said.

Giovanna, now an eighth-grader at Sedgwick Middle School in West Hartford, has autism as well as oppositional defiance disorder, depression, and anxiety. She was featured in an article in the Providence Journal last week.

Sgarbi said that art has been a positive part of her daughter’s life since the age of 5, but she typically draws animals, and her art never includes people. “She has such a hard time socializing with people that animals for her are much easier for her to relate to. She has never done something with a person in it,” Sgarbi told the Providence Journal. “I think it has to do with the way she sees the world – she’s not really interested in people.”

“Through Our Eyes” is part of Brain Week Rhode Island, a week-long celebration of brain health and brain science for mental health awareness.

A few of Giovanna Sgarbi’s drawings on display at the Through Our Eyes exhibit. Courtesy photo 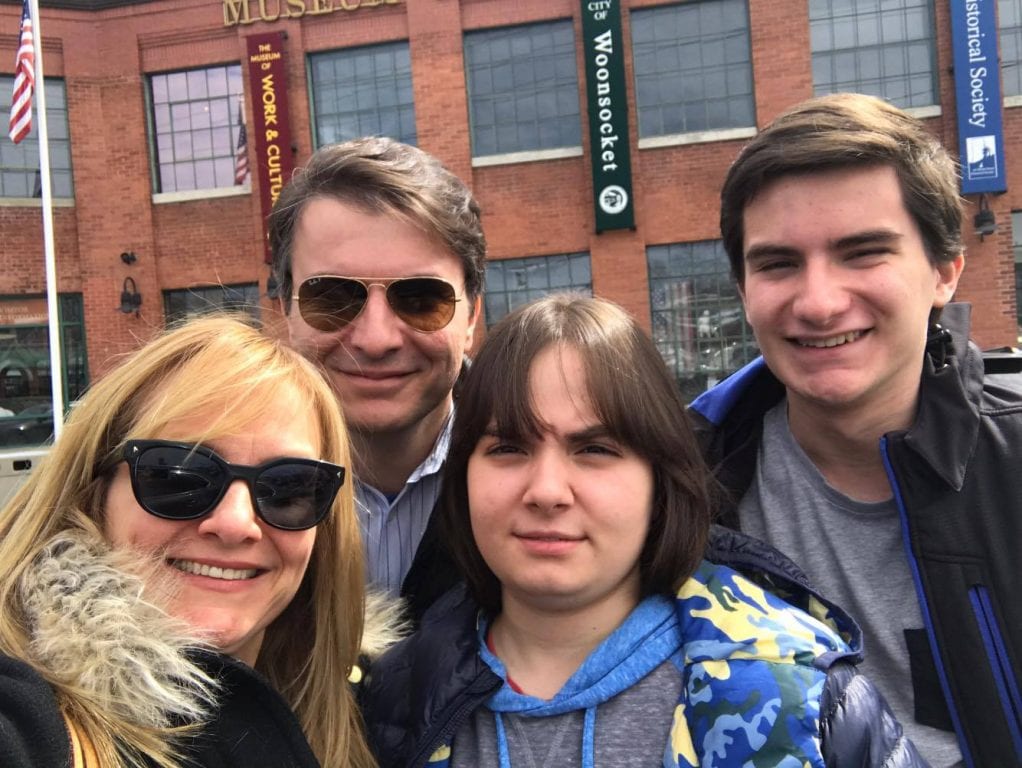 The Sgarbi family at the Through Our Eyes exhibit where several pieces of Giovanna’s artwork are on display. Front row, from left: Mariana and Giovanna Sgarbi. Back row, from left: Sergio and Cristiano Sgarbi. Courtesy photo 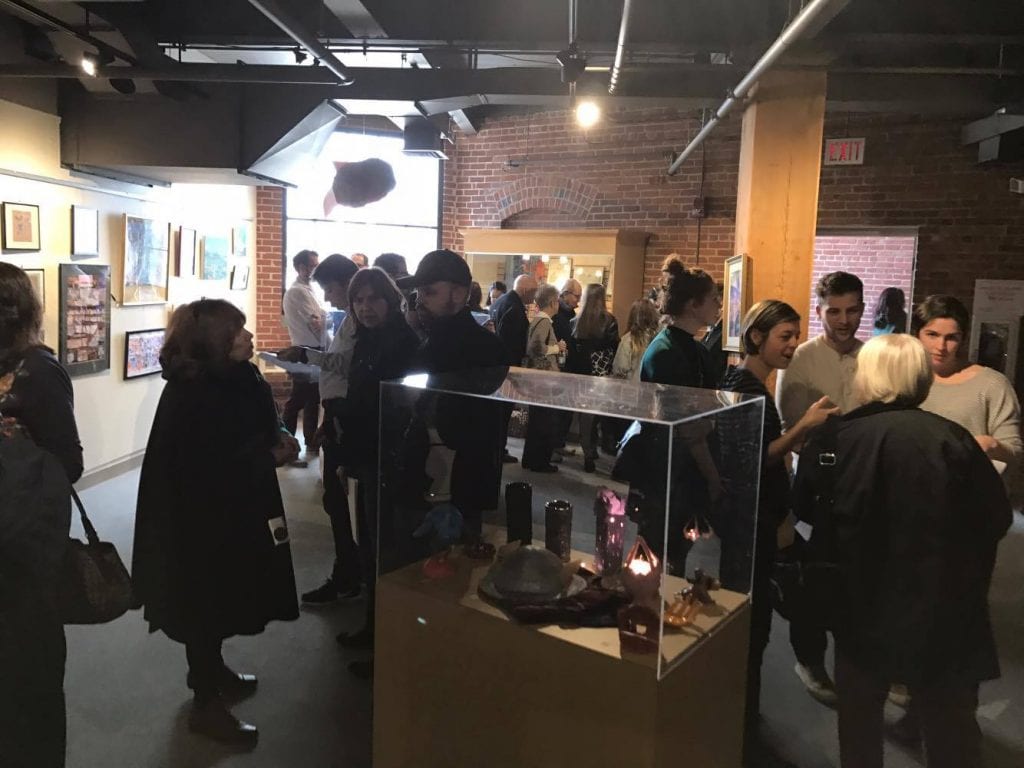 A crowd at the Through Our Eyes exhibit. Courtesy photo