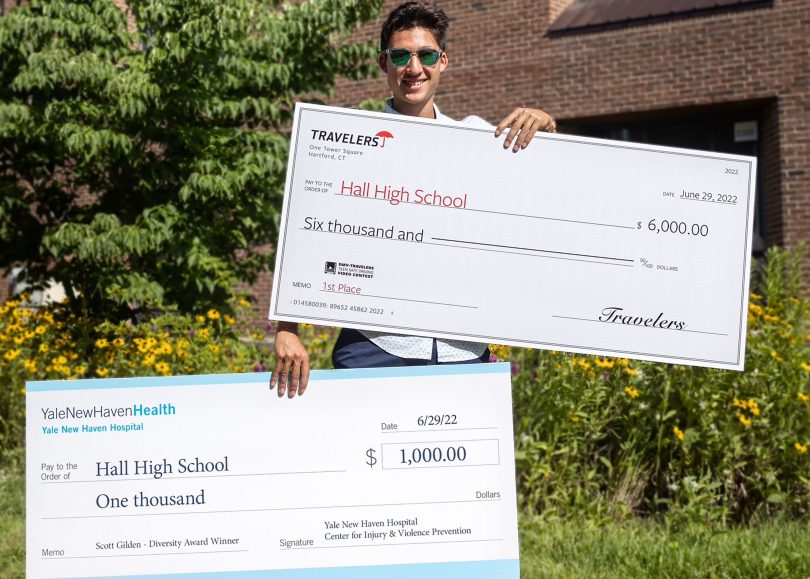 It’s no coincidence that the contest winners were announced at the height of the “100 Deadliest Days of Summer.” This 100-day period between Memorial Day and Labor Day presents the highest risk to teen drivers, according to the American Automobile Association.

This year contestants were tasked with creating a video that shares “the things that ‘drive’ them to be safe.” Each public service announcement-style video submission has a maximum length of 45 seconds. Contestants were also required to address at least one Connecticut teen driving law in their video. 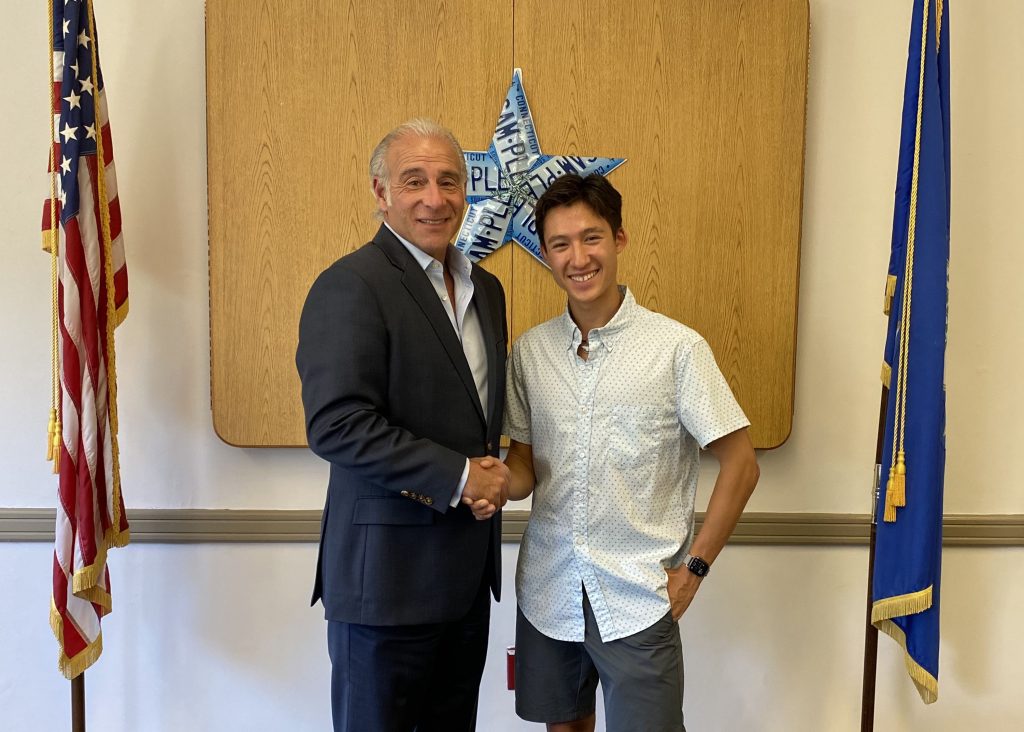 “The moment it felt real was when I held the checks the first time … I definitely felt proud,” Scott said.

Scott’s video featured teens explaining why they drive, with reasons including “to get to school,” “to hang out with friends,” and “to see my family.” No matter what the destination or reason for driving, the video reminds viewers to “drive safe habits.” The State Department of Transportation offered to show his first-place video in venues across the state.

“The DMV video is a great subject to make a video on … and a great challenge for me.”

For years, Scott’s hobbies have included film-making and photography. These passions began when he bought his first drone. He has entered the teen safe driving video contest every year of high school, winning an honorable mention his freshman year.

“The honorable mention was really cool, but it lacked any of the fun stuff of winning money for the school and myself. Since freshman year, my goal was to produce a video that would best the video I produced that year.”

With the prize money, Hall will invest in the school’s graphics department. Scott feels that it’s “great to know that someone will be benefiting from [the prize money].”

He would like to see the department modernize outdated camera equipment and screen printers, and maybe even add a drone.

You can watch Scott’s video below.

Andrew’s video began with footage of city traffic and shocking statistics, and progressed to a montage of life’s joyful moments. His video emphasized the delights of life, with a powerful end message reminding viewers that one text message is not worth “losing it all.”

You can watch his video here.

The 2023 teen safe driving contest submission period will open within the next two months. Connecticut high school students aged 14-18 are encouraged to learn more about the contest and submit their own videos. Students can work alone, or in teams of up to five.