West Hartford’s Memorial Day ceremony paid tribute to those who made the ultimate sacrifice for the United States of America. 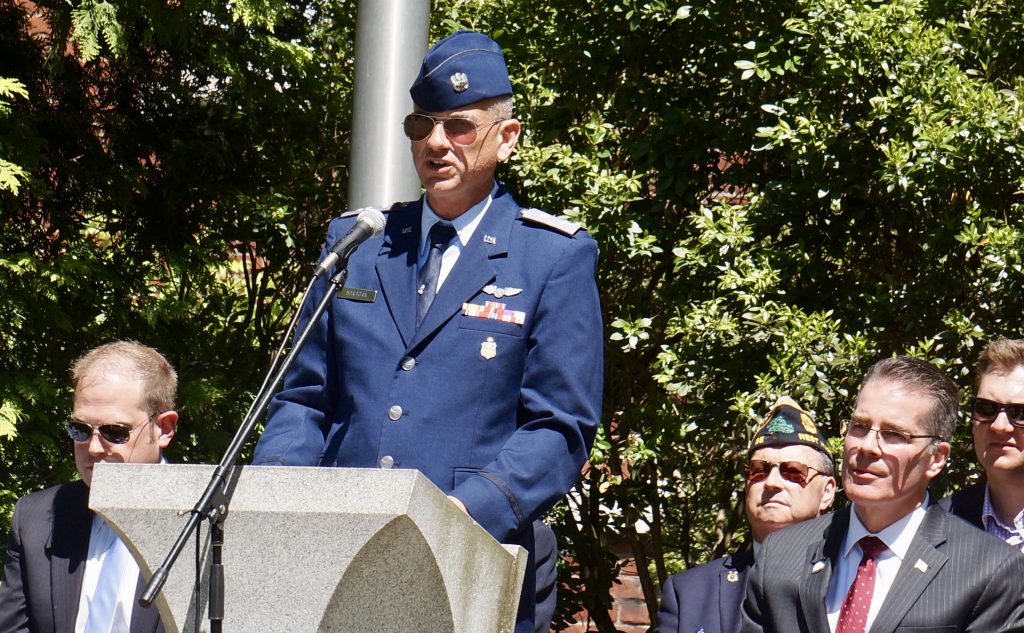 Following the celebratory Memorial Day parade, Monday’s Memorial Day Ceremony reminded all West Hartford residents of the purpose of the holiday – recognizing veterans who dedicated their lives to serving the United States and made the ultimate sacrifice.

Each of the speakers at the ceremony spoke on their own experiences with family members and friends who had lost their lives in service, and urged those in attendance to take time this Memorial Day to remember all the soldiers who never made it home.

Danaher, who served as the grand marshal of the parade, rose to the rank of captain after fighting in the invasion of southern France, and was presented two Bronze Stars before being honorably discharged in 1947.

Danaher is a long time resident of West Hartford, and at the age of 97 is still active in the community. He volunteers at the Saint Mary’s Home as a hospice and Eucharistic minister, and has also taught special education classes and served as a mentor for Cub Scouts and Boy Scouts in the past.

“These days there’s a lot of talk regarding the rights and wrongs of Memorial Day activities,” said Sanborn. Barbecues and family gatherings are well and good, Sanborn said, but he urged those present not to “forget why we have the freedom to to decide our own destinies.

“Memorial Day is the time for Americans to stand up as one body and recognize our fallen,” he said.

Sanborn spoke on behalf of U.S.M.C. LCpl. Lawrence Philippon, who died fighting in Iraq in 2005. Philippon was a West Hartford resident, and a Conard High School graduate.

“I speak the words Larry would expect of me. It’s the least I can do for a hometown hero like Larry Philippon.”

Philippon, a member of the Marine Corps color guard, had presented the flag at Ronald Reagan’s future. However, his heart was set on serving in Iraq, and he requested a transfer to the front lines, where he died a hero.

It can be difficult, he noted, to appropriately thank these fallen soldiers. But, “the best way to thank them is to honor their fallen, to care for their wounded brothers and sisters, and, to safeguard their families. Trust me when I say there is no better way to thank a veteran than to honor and respect their brethren.”

Sanborn concluded by asking the audience to “step back from the daily stresses and reflect on your freedoms that so many of our sons and daughters died to protect.”

Mayor Shari Cantor read aloud a story written by Scott Althaus on Memorial Day in 2018. The story is titled “Lost but Not Forgotten: Why this Memorial Day is Different,” and details Althaus’s efforts in finding information about a long lost relative, 2nd Lt. Thomas Kelly, who was reported missing in action during World War II.

On Memorial Day in 2013, Althaus made it his mission to find out more about Kelly’s death.

“For many families, and definitely for ours, there has been a painful silence around this loss carried for generations. In the case of those Missing in Action … there is no closure,” wrote Althaus.

With help from Project Recover, an organization dedicated to finding those missing in action, Althaus pieced together more and more information about his fallen relative. Eventually, on Good Friday in 2018, the plane in which Althaus was shot down was found. “The Easter Weekend that followed will be remembered by Tom’s extended family as a time of exhilaration and of grieving,” Althaus wrote.

“We were grateful. Grateful for Tom’s sacrifice … grateful for all those people across the globe we’ve never met, people who understand and embrace what Memorial Day is, and what it is for.”

Cantor shared Althaus’s story verbatim, and concluded by saying “stories like this one about the sacrifices that our nation’s women and men made and currently make during times of service and war are vitally important as they make real our history.” 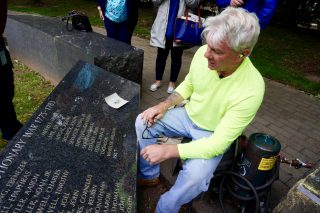 In keeping with that theme, the next set of speakers turned the clock back to Revolutionary War West Hartford – when the town was still the West Division of Hartford – and exploring a side of the town’s history that no resident is proud of.

“Today we have the chance to honor a man who died in war 243 years ago, whose name had been lost to history,” said Wilson, speaking of Prut.

To aptly honor the fallen soldier, Prut’s name was recently engraved onto the Revolutionary War slab at West Hartford’s Veterans Memorial. Prut’s recognition is part of a greater project, entitled Witness Stones West Hartford, that recognizes formerly enslaved individuals who have been lost to history.

“On this day, we remember those who have given their last full measure of devotion,” Wilson said in honoring Prut and the former enslaved population of West Hartford.

Renbrook students Landon Scholossinger and Hannah White, who have been studying Prut and the history of those enslaved in West Hartford, provided further context.

“We feel that it is important that Prut’s name be included on the Revolutionary War memorial because we want to honor his service in helping to secure our freedom,” said White.

“We feel that this country made a wrong decision to have enslaved individuals and this is a small way to help us to honor the contributions they made to our communities,” concluded Schlossinger.

Ten more stones honoring the enslaved population will be placed at the Center Cemetery in the coming week as part of the Witness Stone project. These ceremonies will take place on May 29, 30, and 31, and will be open to the public. 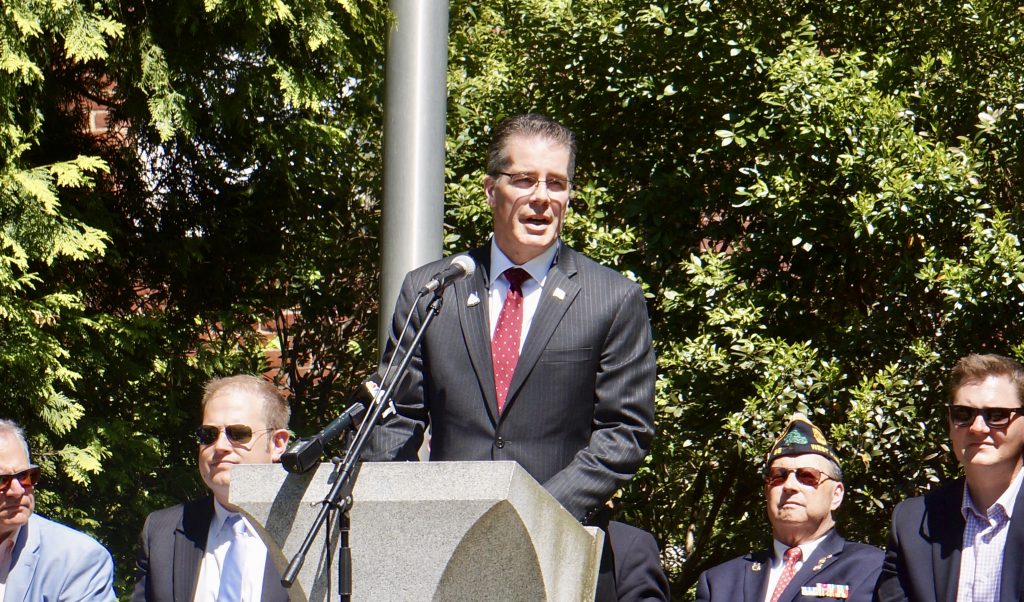 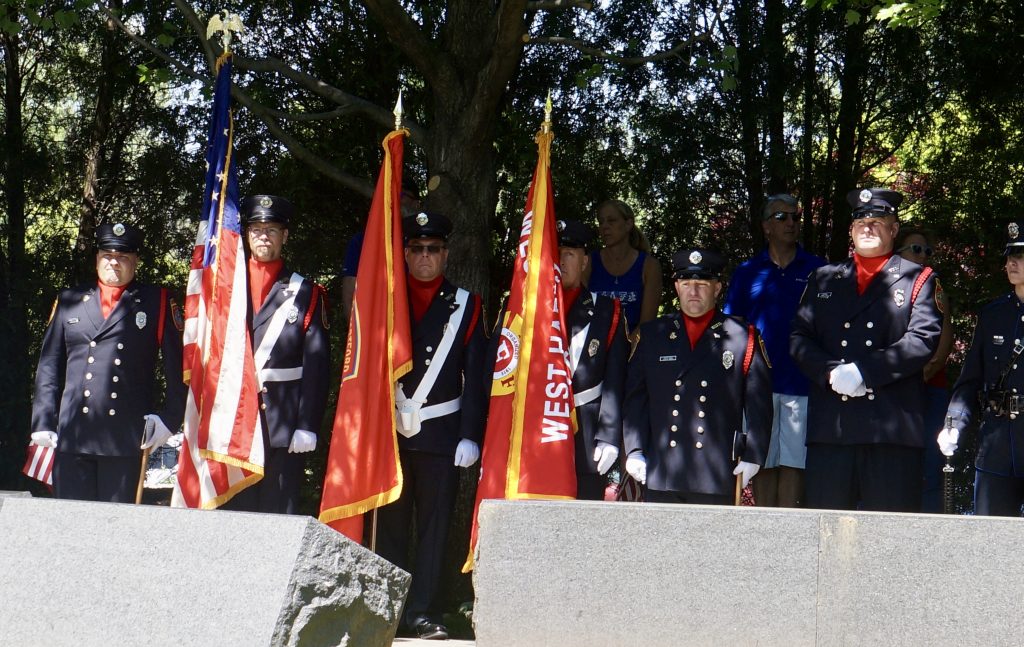 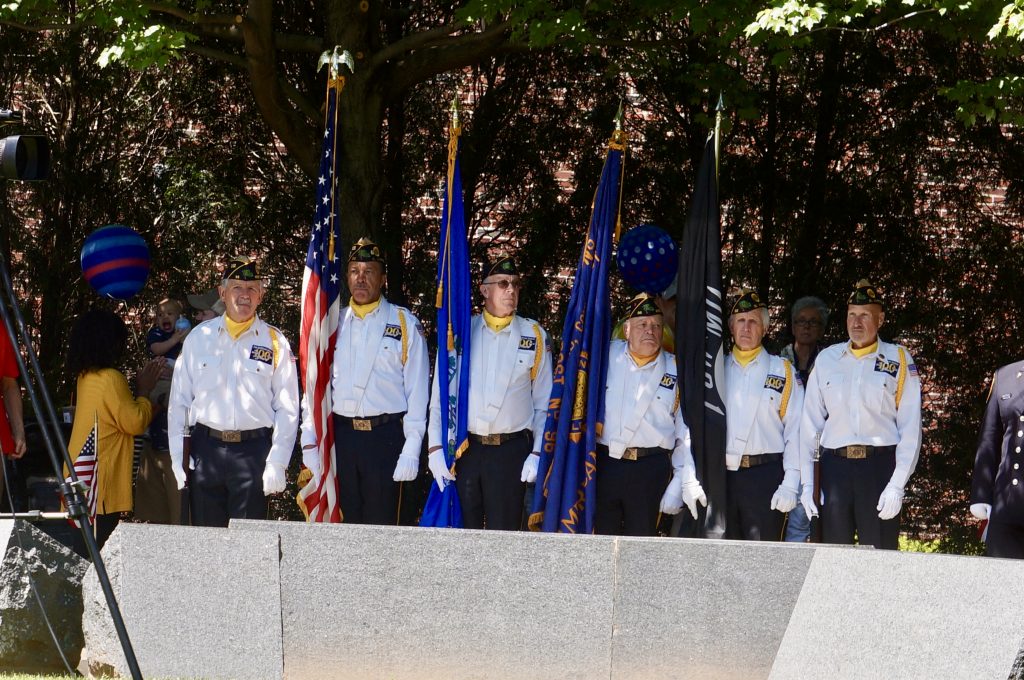 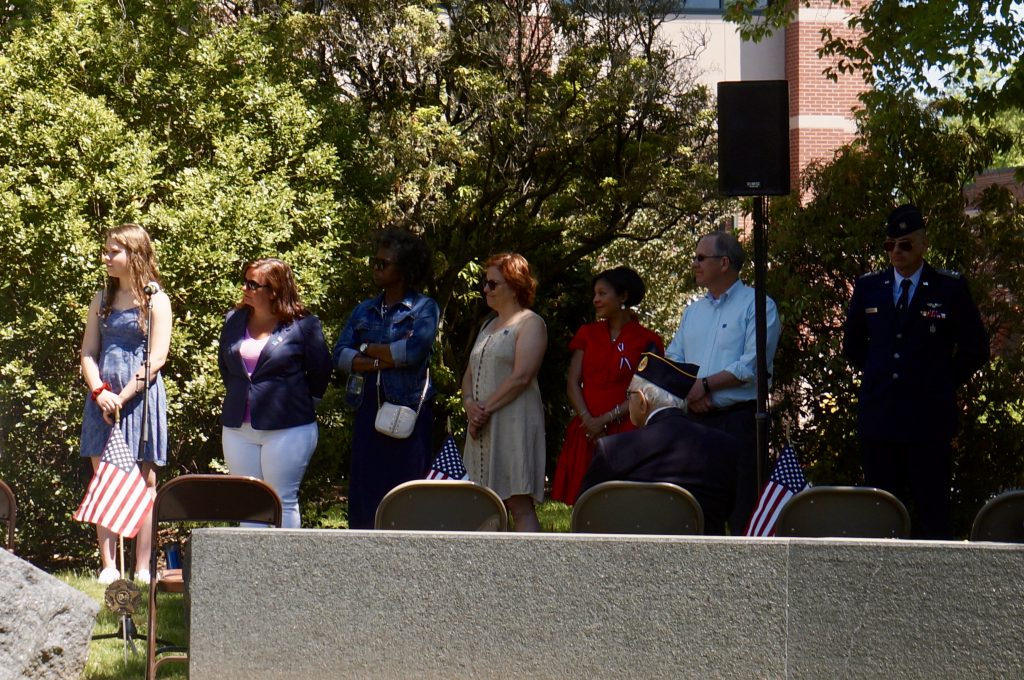 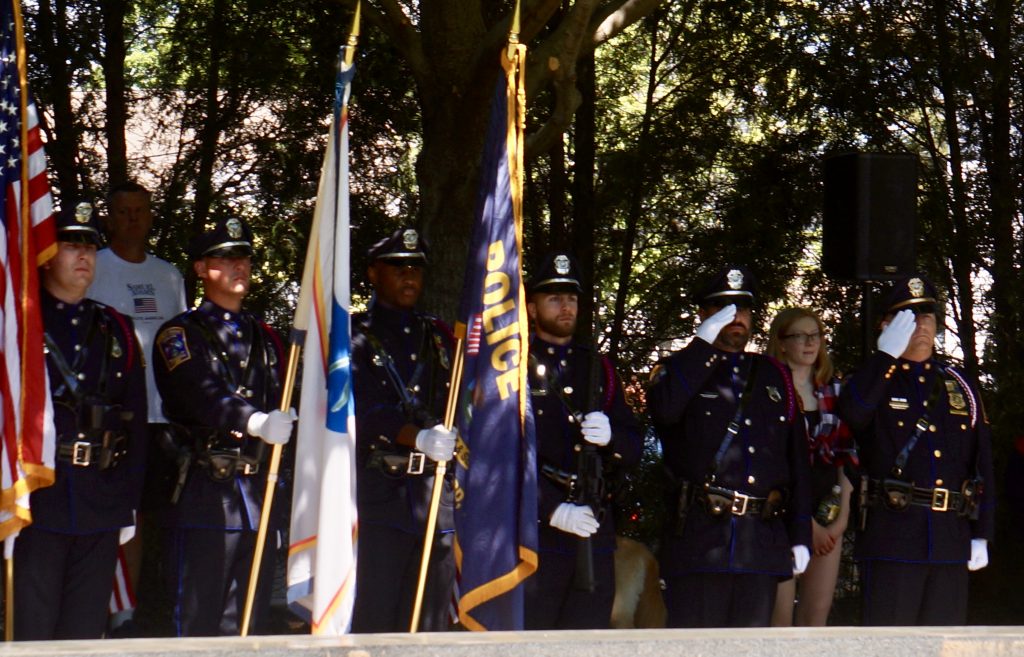 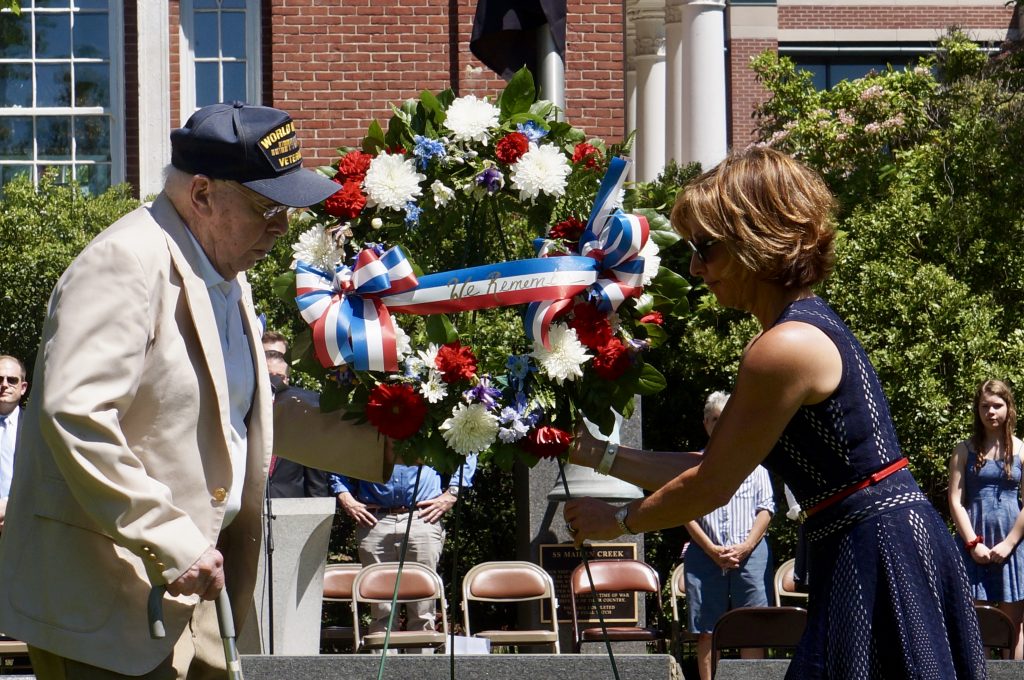 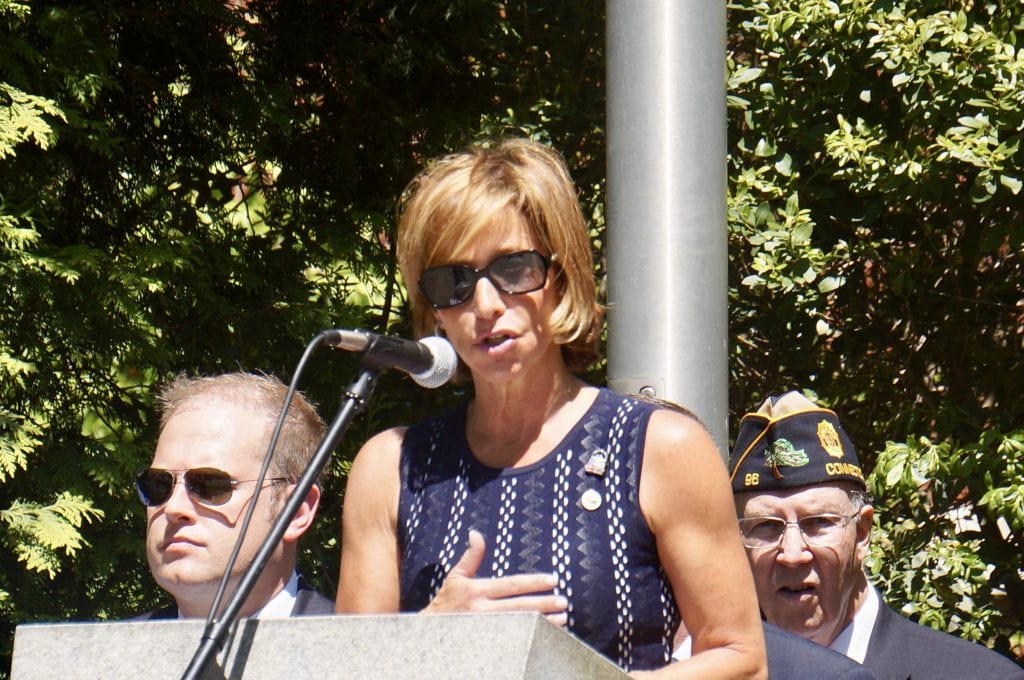 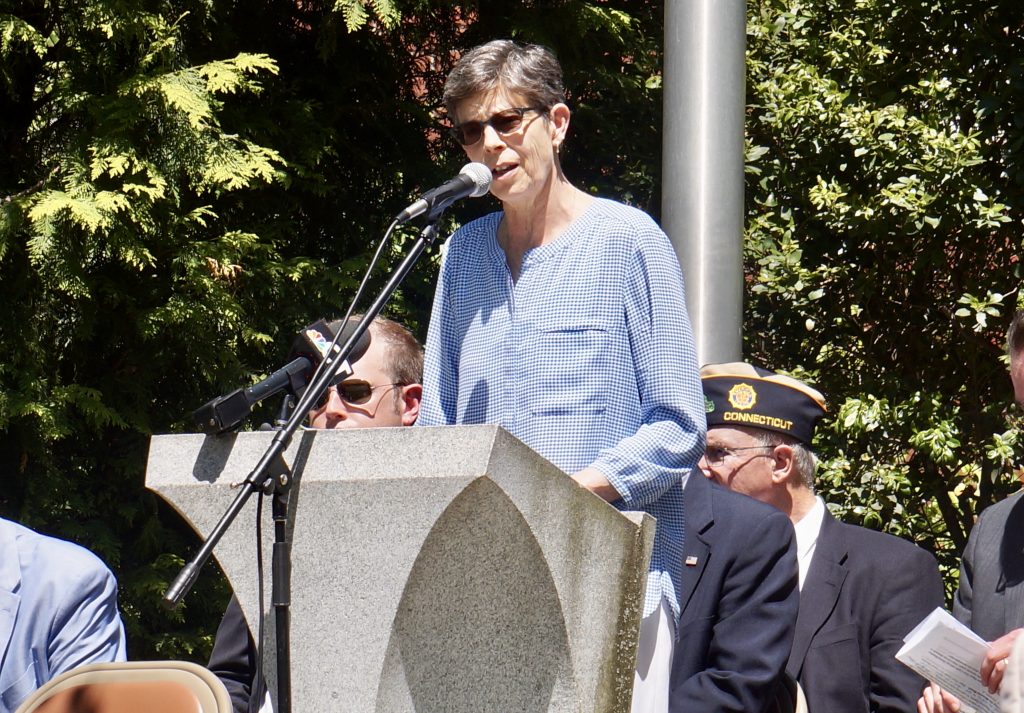 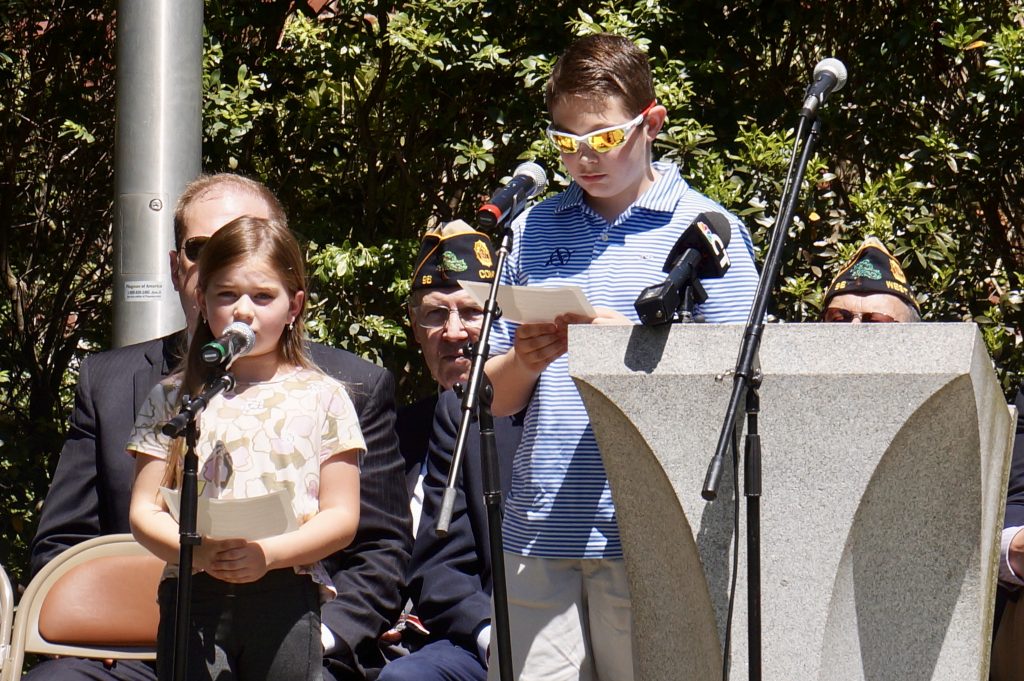 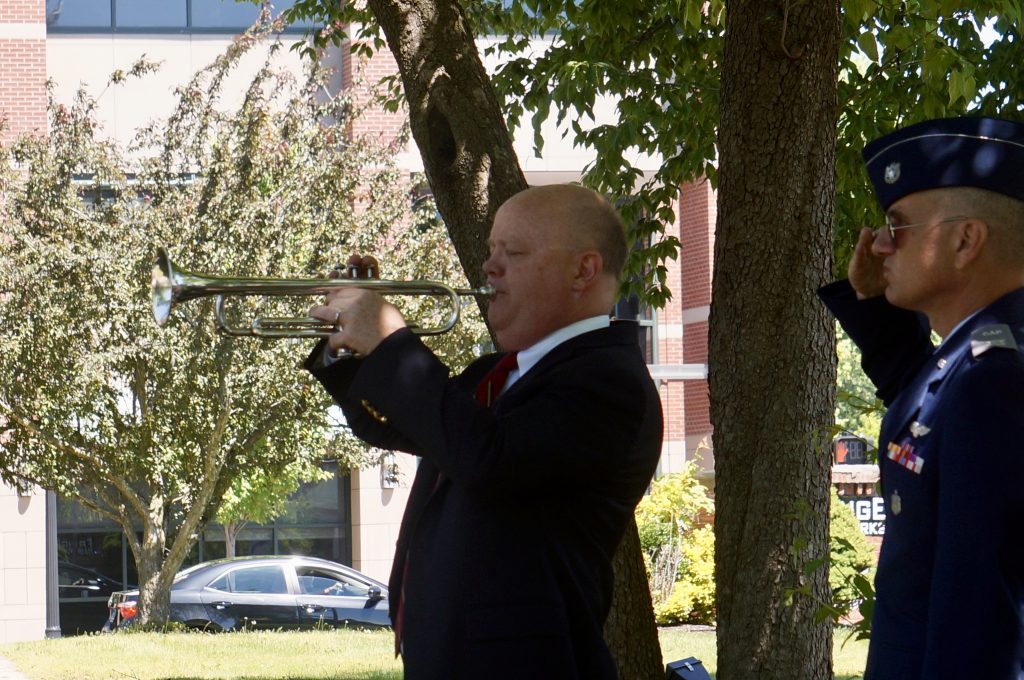