American Legion Hayes-Velhage Post 96 is celebrating its 100th birthday this year, and the West Hartford Legion team held a special alumni game in honor of the occasion. 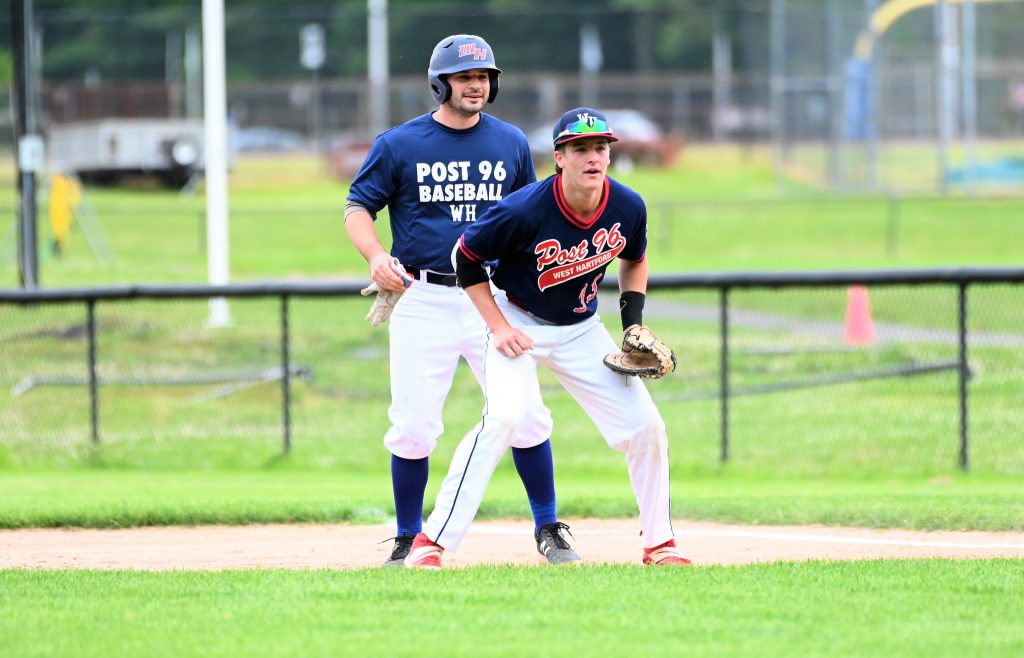 West Hartford American Legion Hayes-Velhage Post 96 is celebrating its 100th year of existence in 2022, and has been serving the community throughout that span of time.

To honor this special year, on Saturday, June 11 the Post 96 baseball program put on a nine-inning alumni baseball game that pitted the current Senior Legion 19U team vs. former players of past Post 96 teams.

The Hayes-Velhage Post 96 began its baseball program in 1935 and the program is still going strong with four teams currently playing at the 19U, 17U, 15U, and 13U levels.

Saturday’s game brought out 16 former players covering the years between 1988 and 2020 – all of whom played collegiate baseball. Two former Post head coaches, Rick Sanford and Elliot Lane, managed the “old guys.” Current Senior Legion head coach Sean McCann is also an alum, and played for Post 96 between 1988 and 1991.

The baseball program has been fortunate and extremely thankful to have the continued support from the Hayes-Velhage Post 96 and all its members who allow these boys and young men to continue to play the game of baseball. 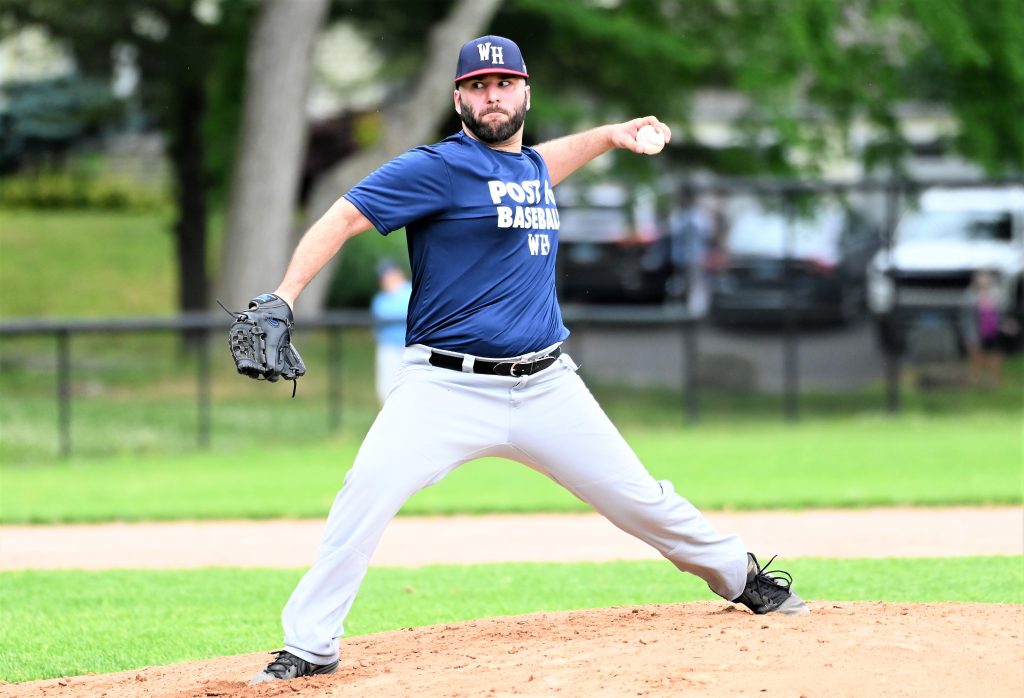 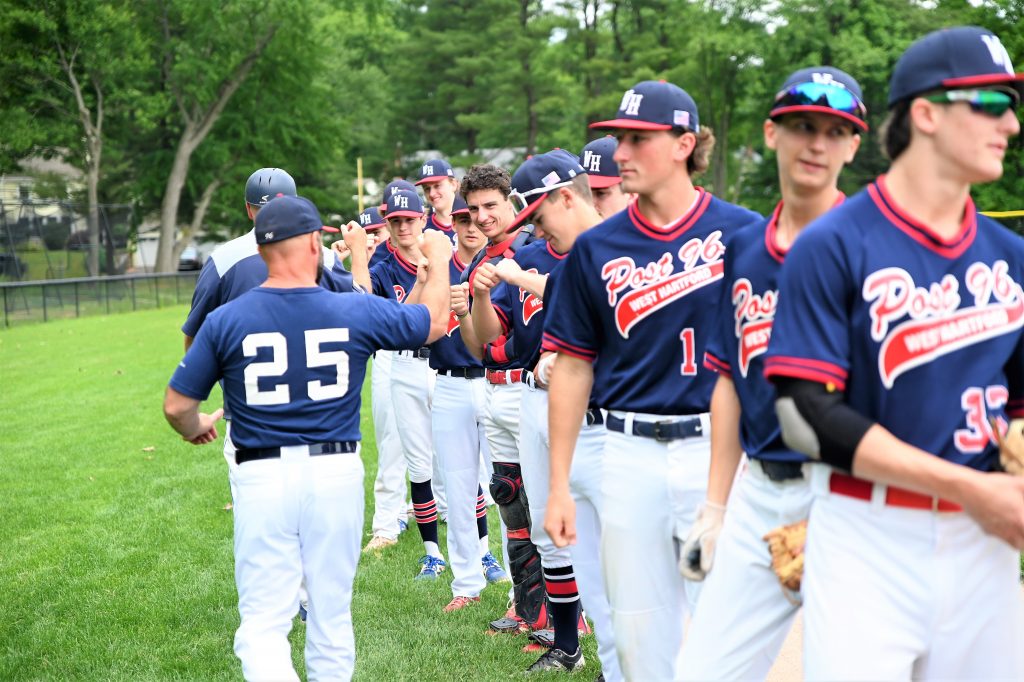 Senior Legion team prior to the start of the game. Photo credit: Craig Rosenberg 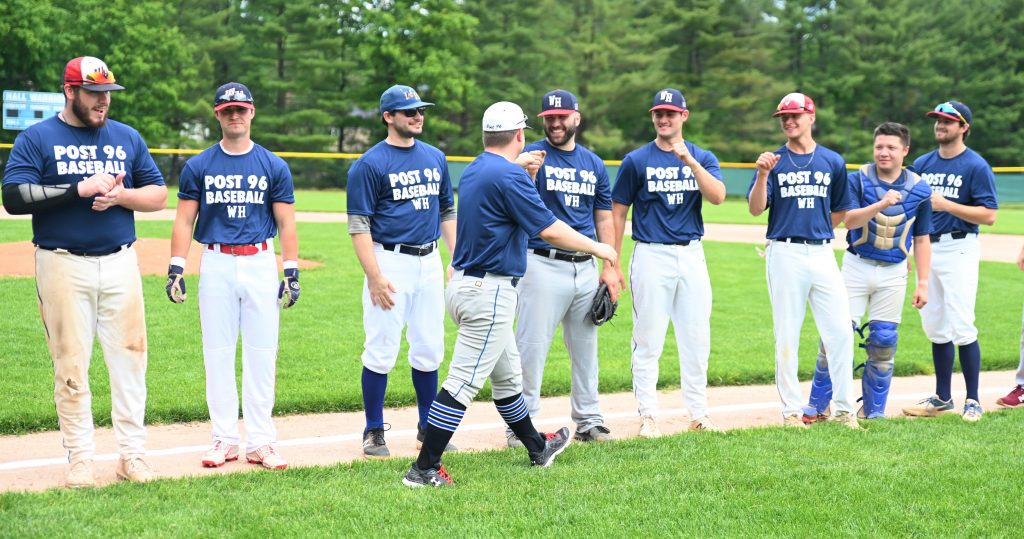 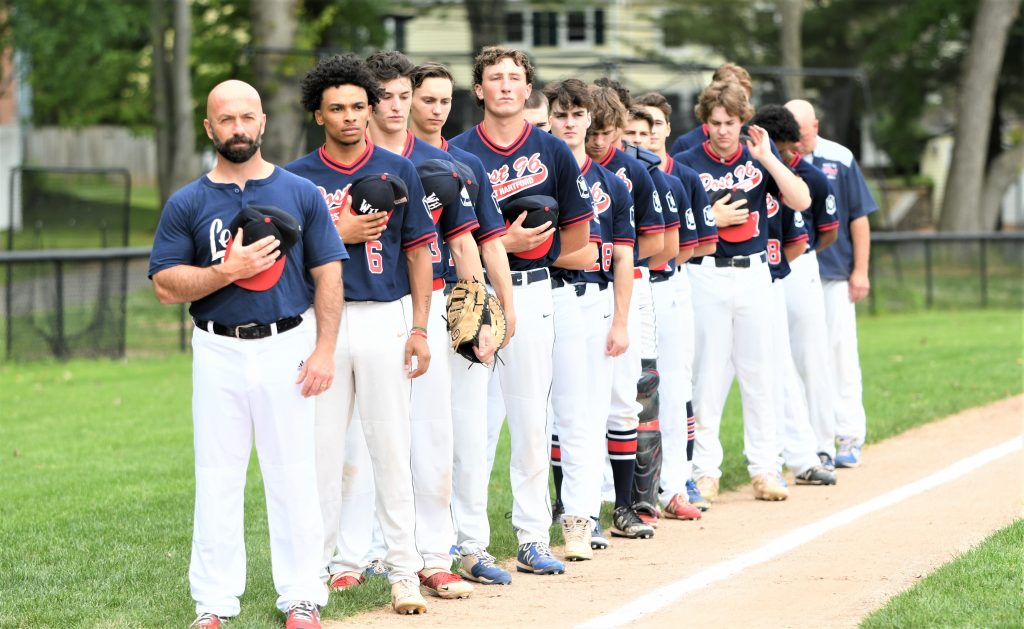 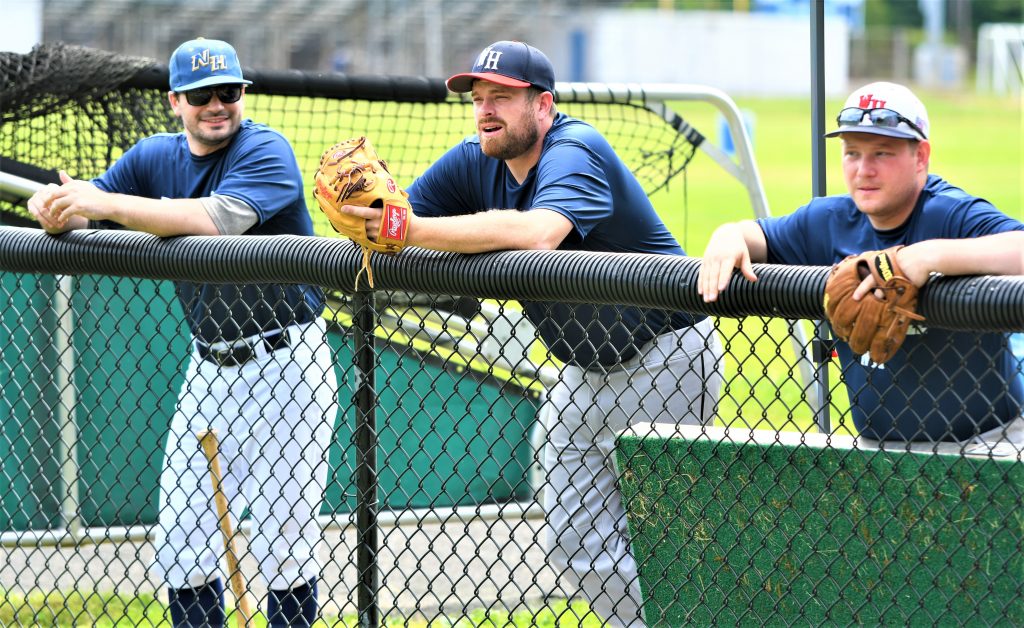 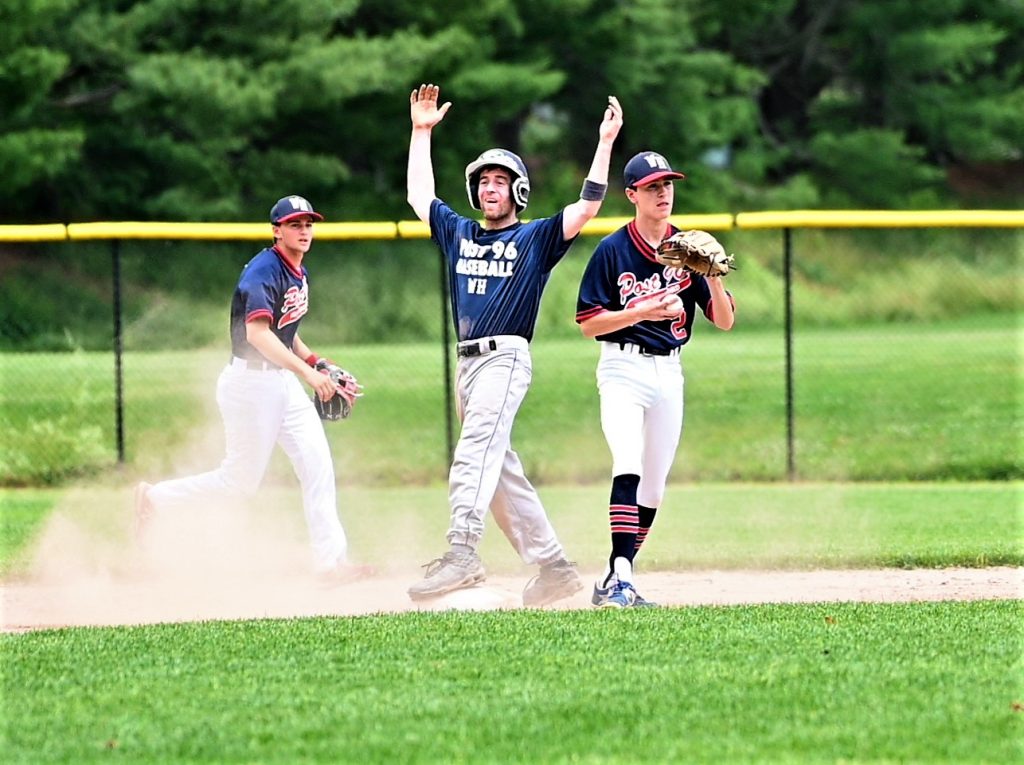 Alum Dr. Dan Minnes getting thrown out. Lucas Pyrro (at right) holds the ball and Jacob Morren is in the background. Photo credit: Craig Rosenberg 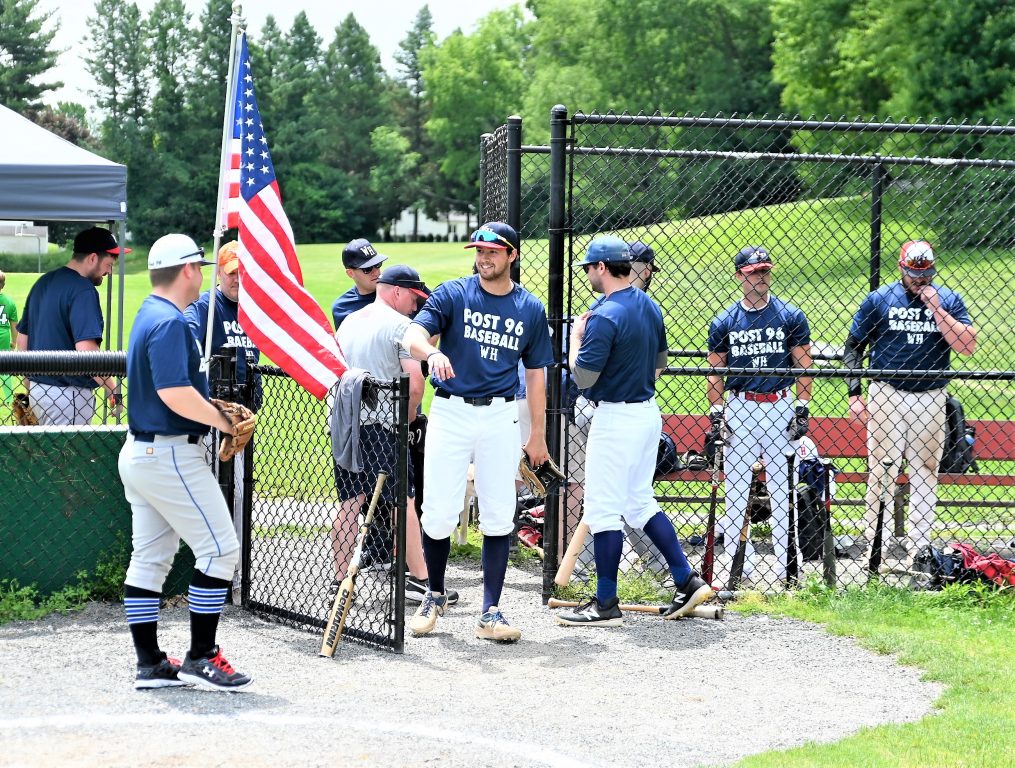 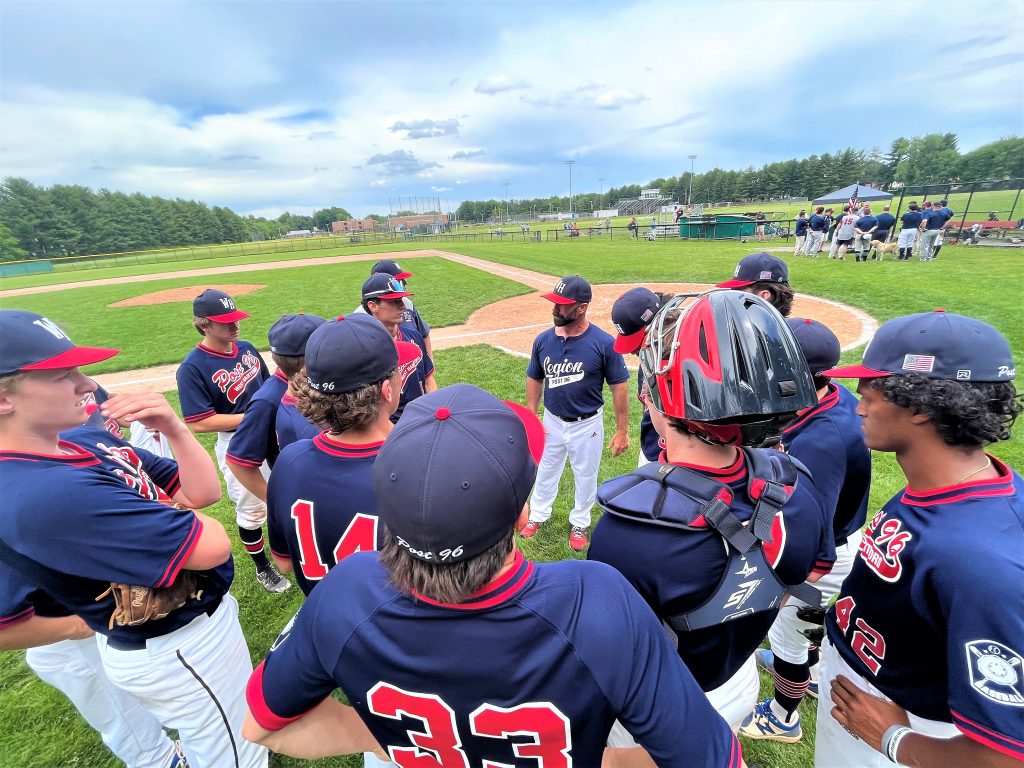 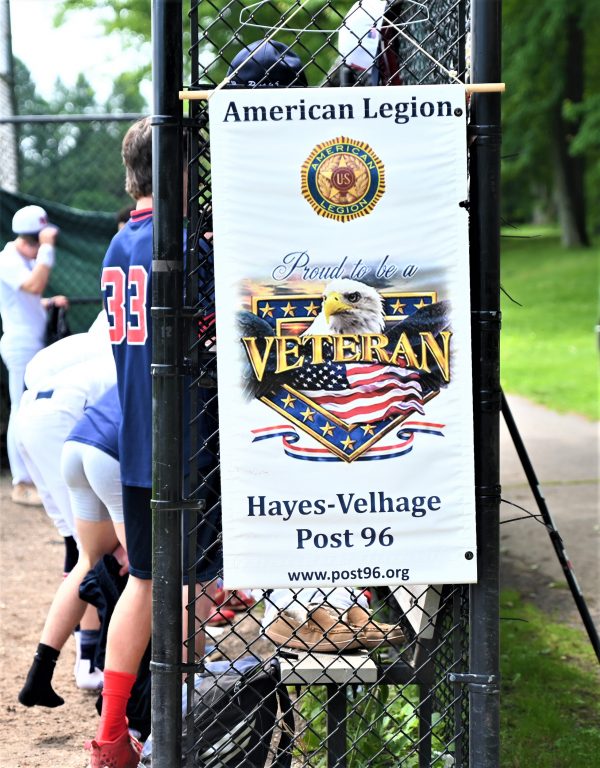