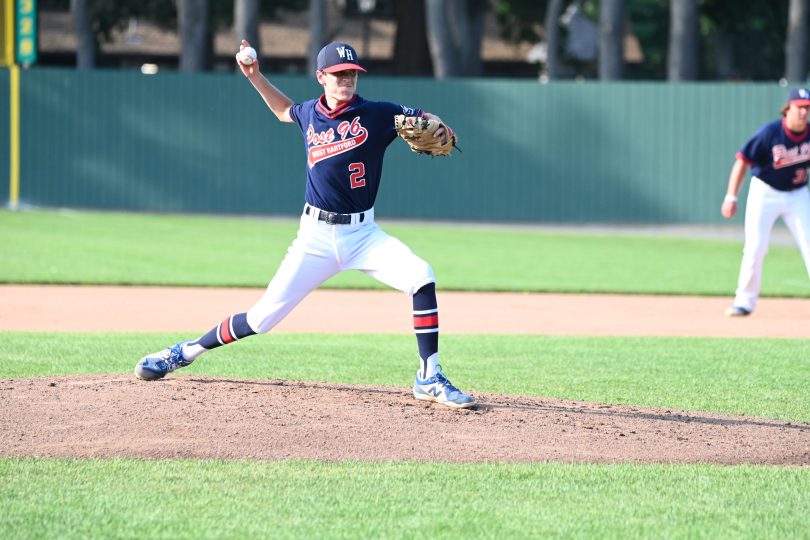 West Hartford Post 96 Senior American Legion team heads to state tournament play with a perfect record and respect for the program and its legacy. 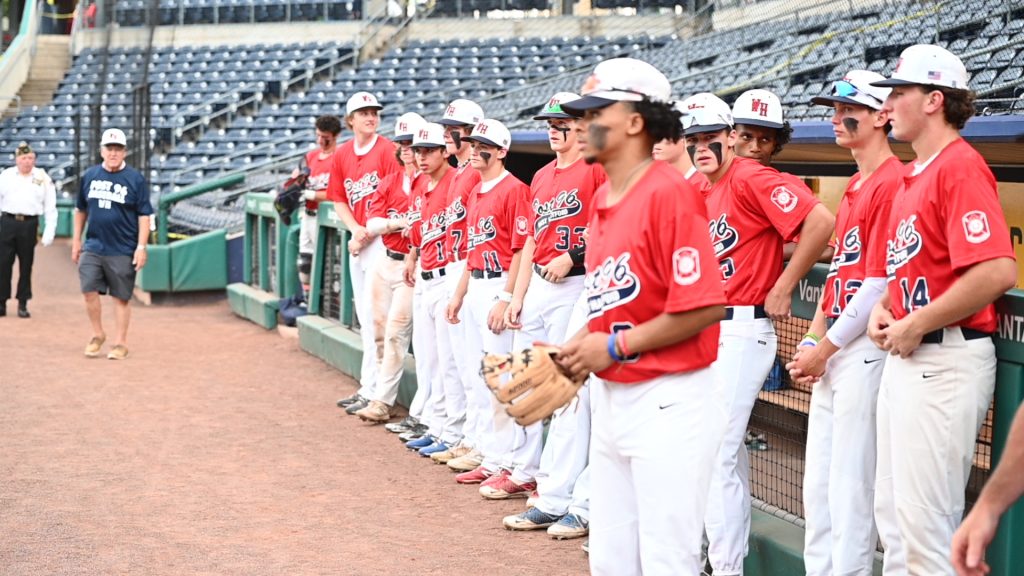 On Wednesday night, the 19U West Hartford Post 96 American Legion team became the first team in the town’s history to finish the regular season with a perfect record.

The squad, coached by Post 96 alumnus Sean McCann, secured a 9-8 victory over Meriden on July 13, holding off a late three-run push in the seventh inning. Finishing with a record of 16-0, West Hartford clinched the Zone 1 championship for the first time since 2015, is the overall top seed and will have at least three home games in the state tournament.

While looking ahead to the tournament, McCann said it’s important to acknowledge the work that the team has put in throughout the season to be in this position, with multiple standout players leading the group along the way.

Joe Dooley, a 2022 Hall graduate, has shown strong production on both sides of the ball. The University of Hartford commit has a record of 4-0 on the mound with a 2.07 ERA and team-high 32 strikeouts to go along with a .480 batting average and 24 hits. 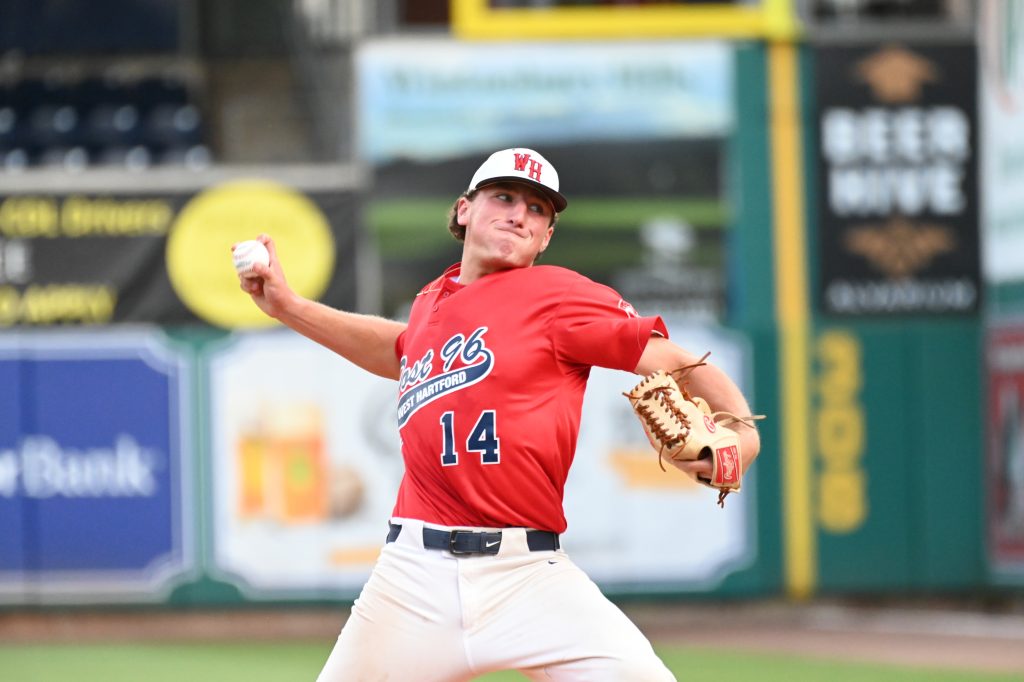 Dooley is one of six players batting above .350, showing how productive the offense has been, averaging almost eight runs per game. Along with Dooley, fellow 2022 Hall graduates Tucker Redden and Tommy LaSpada have dominated behind the plate. Redden is batting .381 on 24 hits and 13 RBIs, while LaSpada, who is committed to Westfield State, leads the team with 20 RBIs.

Leading the defense is Lucas Pyrro who has a 5-0 record on an impressive .600 ERA and 16 strikeouts. Pulling a majority of the remaining weight on the mound are Dooley and rising Conard senior Brendan Grady. As McCann called them, the “workhorses of the pitching staff” have helped the team limit their opponents to 3.5 runs per game. 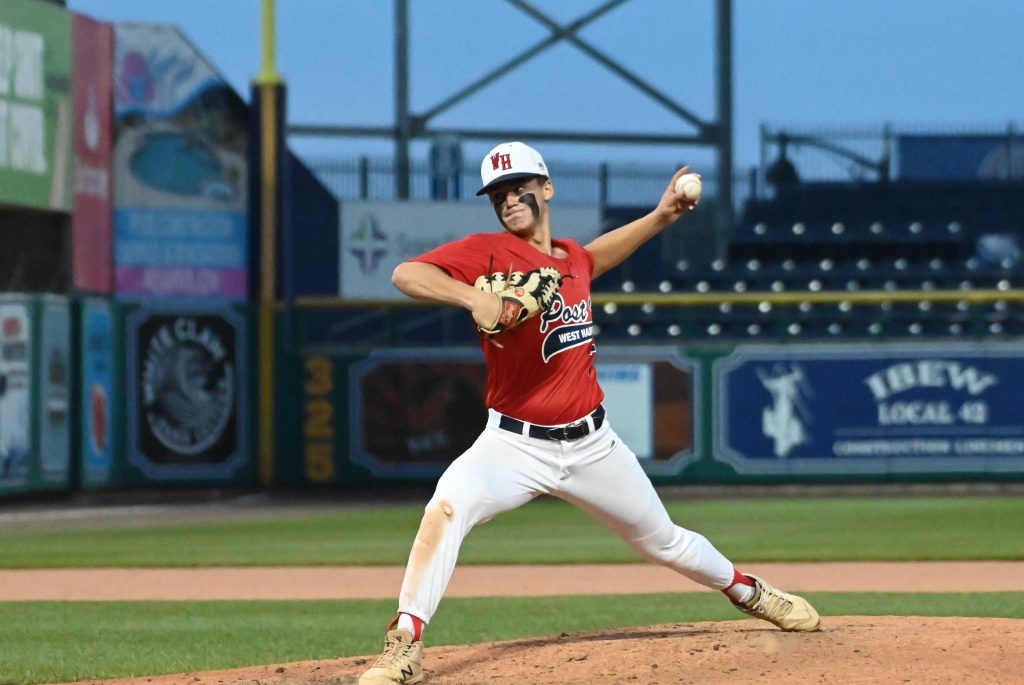 “I definitely think our strength is our chemistry,” McCann said. “This game’s a game of failure. So if you’re not enjoying what you’re doing, it can really implode on you. Our chemistry has kept us strong through the good and the bad and I think that makes us dangerous moving forward.”

This chemistry can be hard to develop with a Legion group like this, especially in a town like West Hartford. With the unique aspect of having two high schools, with such an intense rivalry between the two, and the addition of some college freshman on the roster, there can be some natural disconnect amongst the players. But these obstacles did not stand in the way of this group, leaning on accountability to build trust. 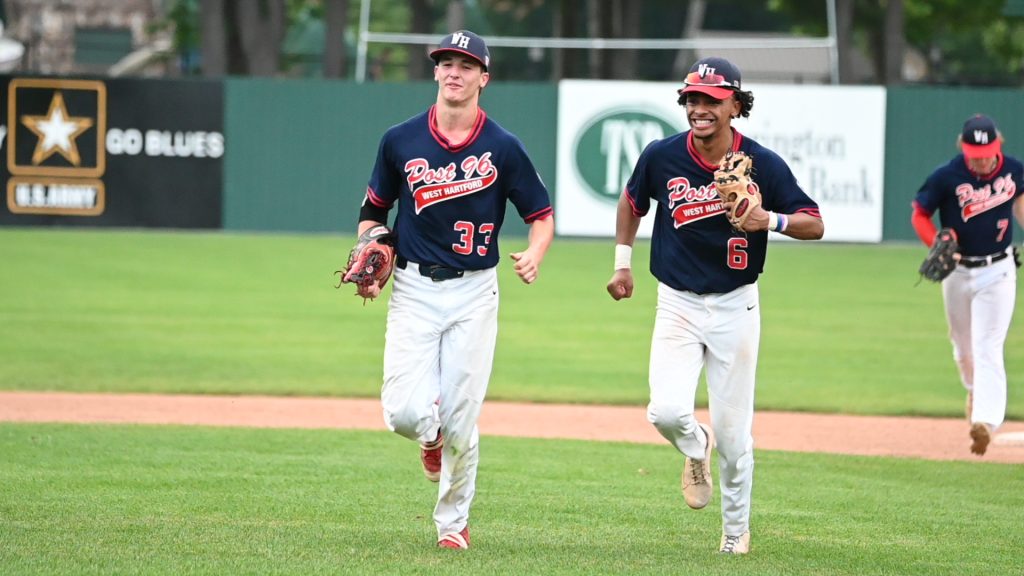 “No one points fingers,” McCann said of the team’s attitude. “Everyone’s taking accountability for their performance, their mistakes, their successes. And it’s kind of a cool environment to see where even though we may have a let down, everyone’s picking each other up and it’s been contagious.”

The team has able to overcome any differences and rally around the history of the Legion program and the honor that comes with wearing Post 96 on the front of their jerseys. The group recognizes that they are not participating in just any summer baseball league. American Legion Baseball is unique in many ways, but its rich history is what really separates it from other summer programs. 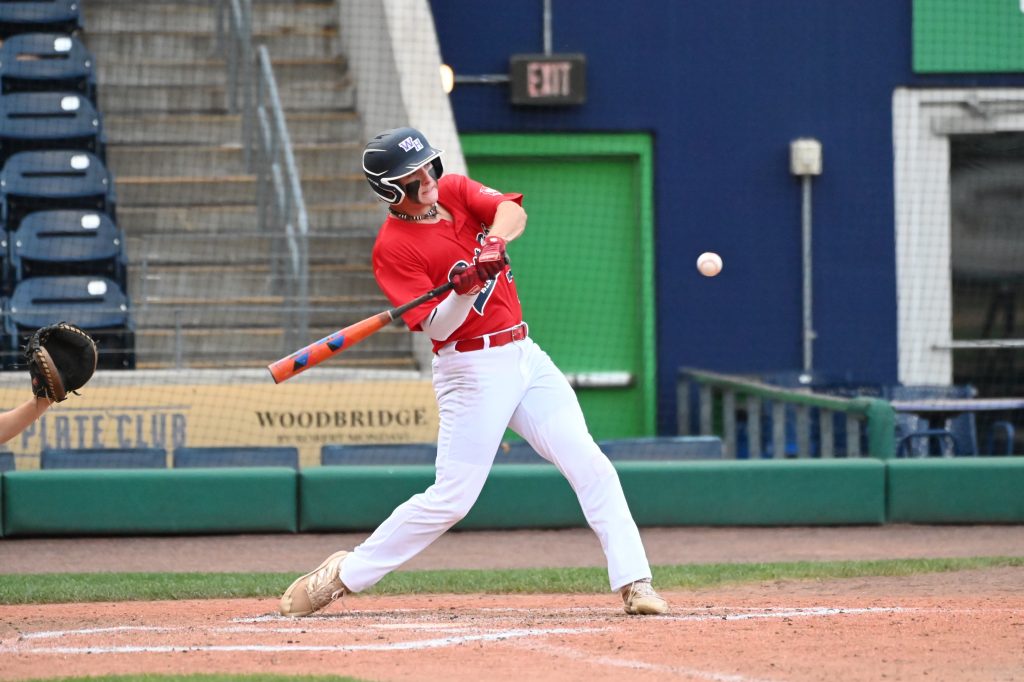 Leading by example, this 19U group is paving the way for the younger teams. Contrary to many other places and fortunately for West Hartford, the interest and engagement with baseball has remained high and there is talent at all levels, leaving hope for a bright future for the legion program.

“It’s just that kids aren’t interested.” McCann said of the national decline in baseball engagement. “At the professional level, baseball’s really not that attractive for the younger groups. […] But in West Hartford, we’ve been fortunate. The supply and demand is all there, so we’re trying to keep up with it.” 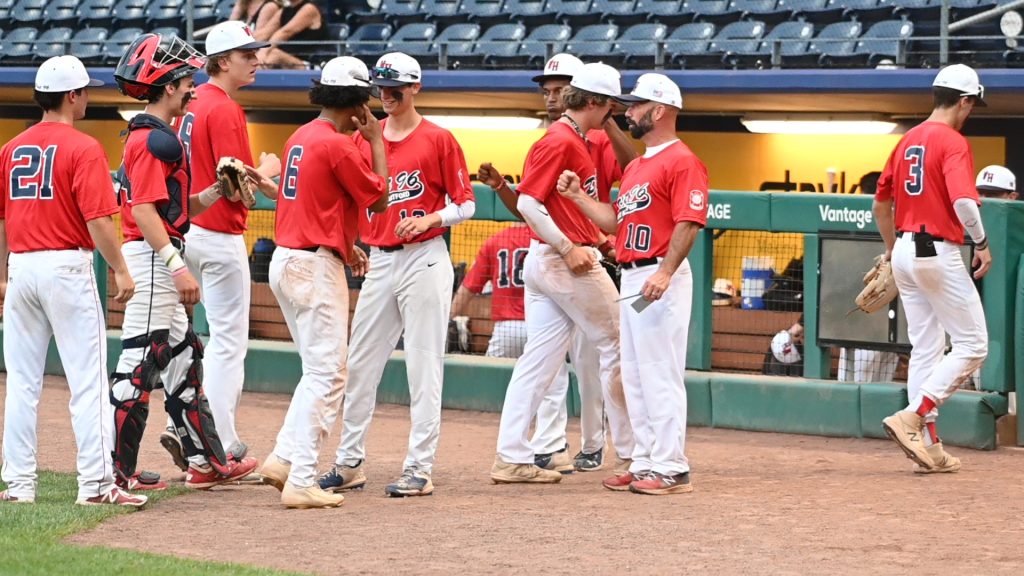 With a 17U team in second place and two 15U teams in the top six, the Senior Legion team is sure to have steady talent in the coming years, but for now the focus remains on the next game, the first round of the state tournament.

The team is set to play their first Pod A game on Saturday at 1 p.m. vs. NCL Windsor Locks at Hall High School, and the next game in the double elimination tournament will be against the winner of Ellington vs. Danielson. The complete bracket can be found here.

The 96ers are entering unfamiliar territory in the tournament, having yet to play the other three teams in their pod.

Despite the unknown, McCann and his squad are confident and motivated as they look to make a run at the program’s first state title since 1973. 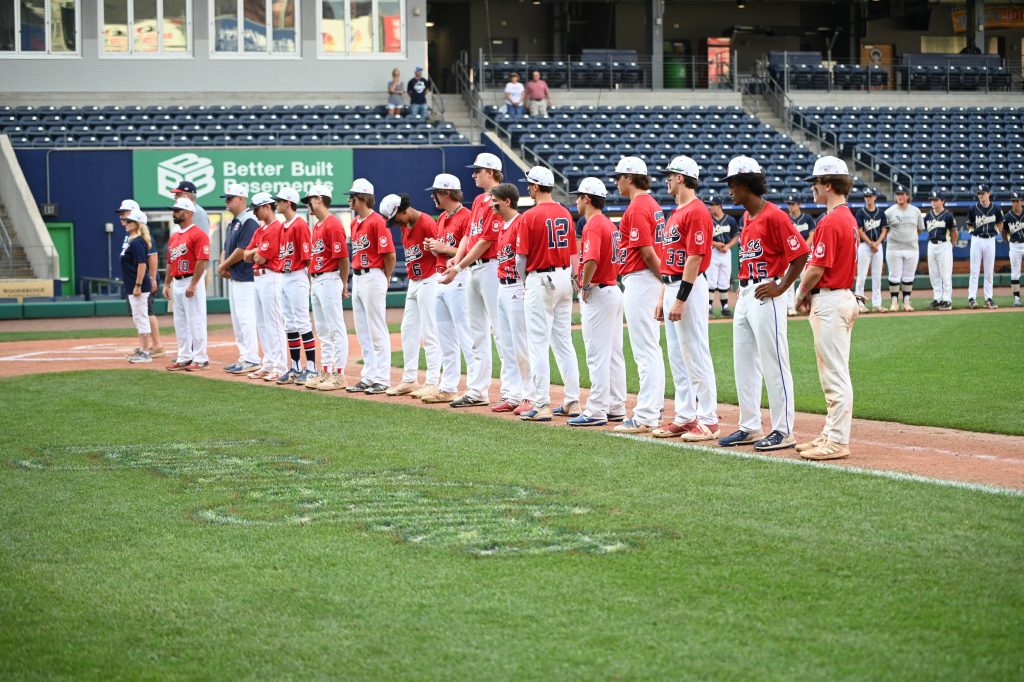