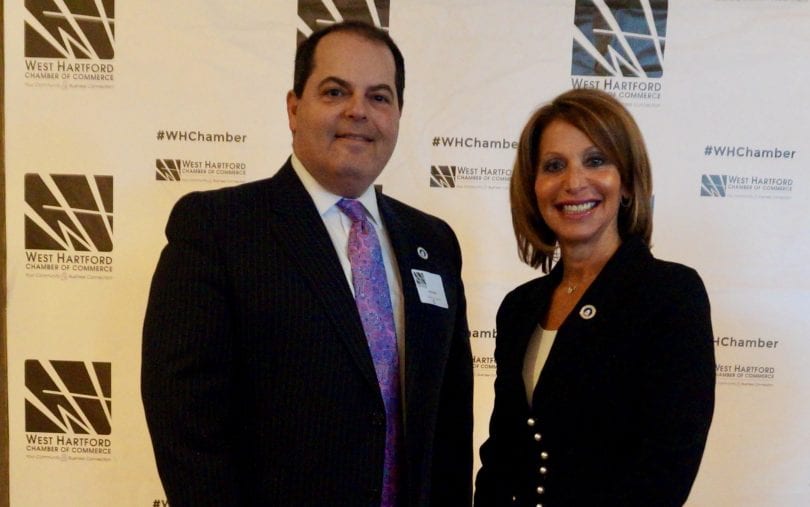 The following is a joint statement from West Hartford Mayor Shari G. Cantor and Town Council Minority Leader Lee Gold condemning the violent insurrection at the U.S. Capitol and calling for accountability.

Like so many Americans, we are disgusted and heartbroken about the violent insurrection on January 6th in the heart of American democracy. It was shocking to see the violence and the destruction of the people’s house, as well as the flags and signs of racism, white supremacy, and anti-Semitism.

Sadly this was not surprising, as we have seen – time after time and tweet after tweet – the President of the United States use incendiary language in an unseemly attempt to present an alternative reality and overturn a democratic election.

Words matter. They have real impact and consequences – especially when they come from people in positions of power and influence. And these words have shaken the very foundations of the Republic. It is our responsibility and duty to protect democracy by holding those that threaten it accountable for their words and actions.

We have received an outpouring of concern from residents who are horrified by what took place this past week and have shared disturbing social media content from some members of our own community. Law enforcement is reviewing and monitoring content for evidence of unlawful behavior.

We are especially disturbed by the people in positions of power and influence who have amplified and legitimized dangerous and manipulative rhetoric that undermines our democracy.  They must be held accountable as well. We ask all residents to peacefully speak out against those leaders who have lost your respect, faith, and trust.

Collectively, we must strive to overcome this dark time in our nation’s history by confronting these challenges head on and without hesitation. We need to do better, we can do better, and we will do better. It is up to each and every one of us to do our part to ensure a better tomorrow.